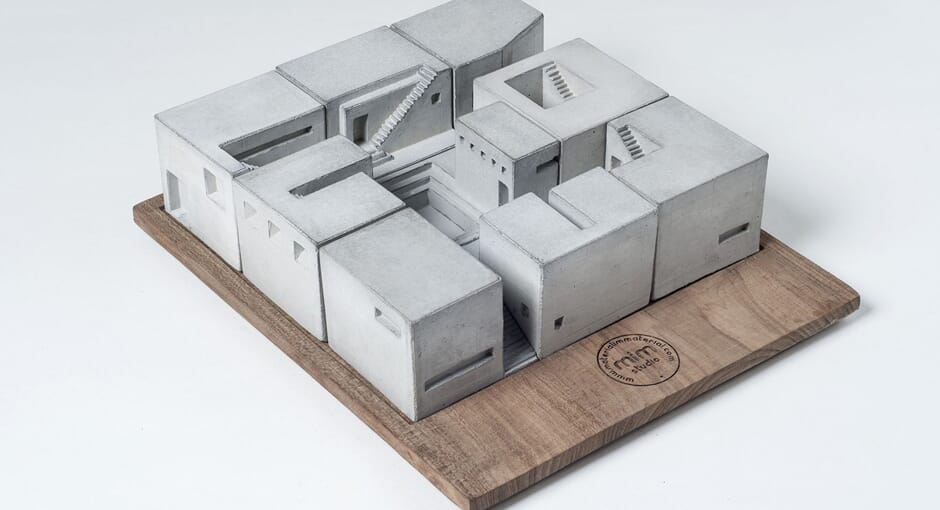 Everyone likes an architectural model: those idealised notions of what a finished building will look like, complete with occasional human figures. Material Immaterial Studio in Mumbai have turned the process around by transforming celebrated pieces of architecture, works you might genuinely call iconic, into tiny concrete models.

Nine architects have their most important 20th century pieces conceptually represented by tiny concrete sculptures. These blocks are conceived to be joined together, toy-like, around a central square.

As a whole, the project is called 'Spaces' and we think it should be made available to everyone with even a passing interest in architecture.

You'll have to look hard to identify each architect; the idea is that you'll imagine what lies within each block.

Brazilian master Oscar Niemeyer is represented by Brasilia, a capital city that is, of course, a celebration of concrete in all its forms, even as it remains controversial more than 55 years after its founding.

Frank Lloyd Wright's serene Fallingwater, his Pennsylvania masterpiece, must have been a shoo-in for inclusion, and Material Immaterial's list also had to include Le Corbusier.

They've chosen his modernist manifesto Villa Savoye, still shocking in its uncompromising design, and still standing on the outskirts of Paris.

Japanese architect Tadao Ando's Church of Light is, on first blush, a less obvious candidate. Like the rest, however, it too celebrates modernism and, above all, the creative use of concrete.

A reminder, if it were needed, of true architectural genius. 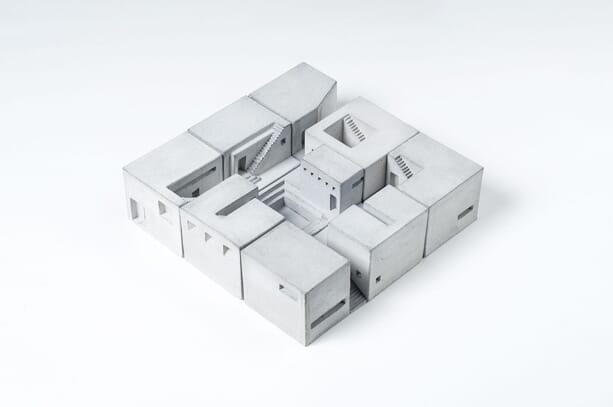 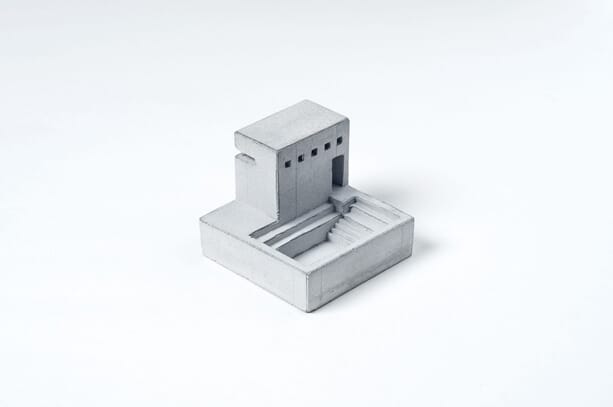 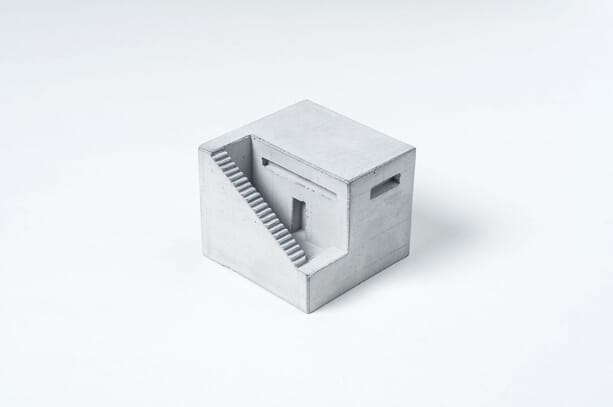