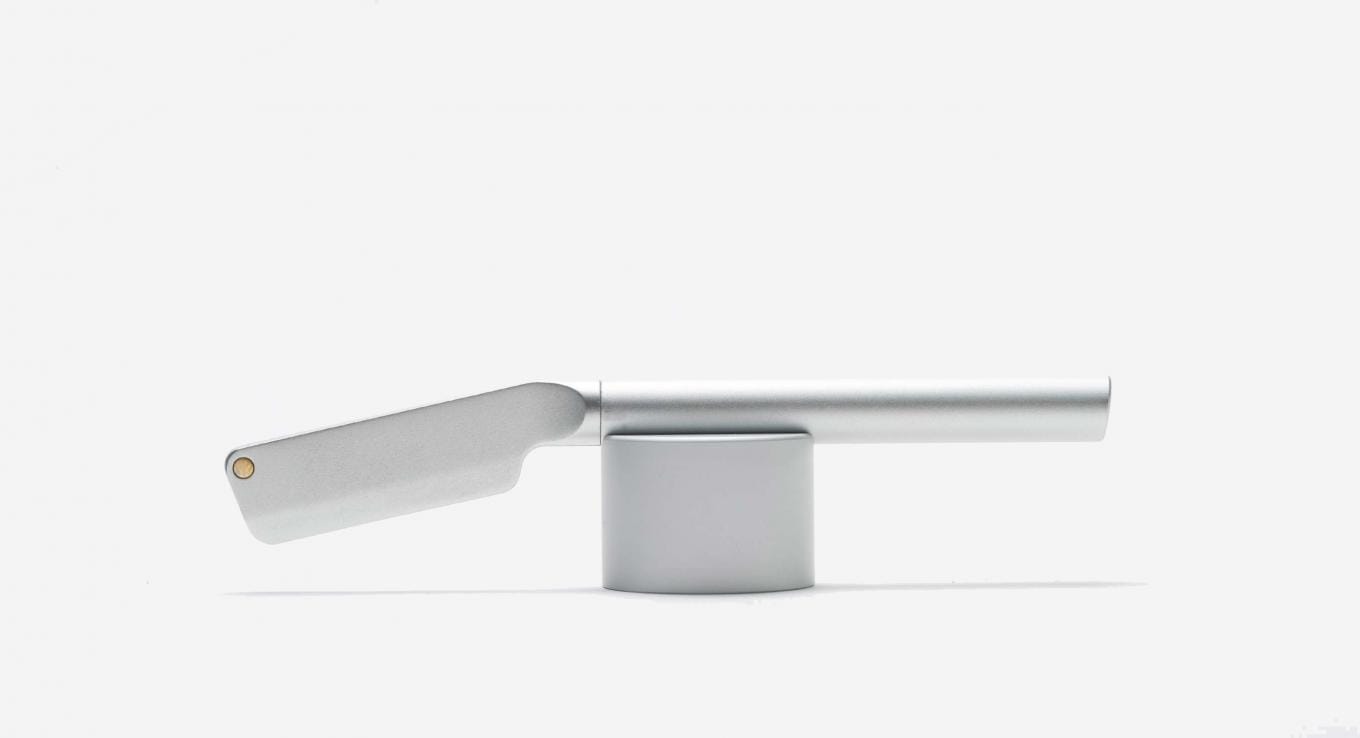 For a lot of us shaving is a routine thing; more of a chore that we do morning and night rather than something that we actually to look forward to or something to make us feel a bit better about ourselves. Dragging a sharp piece of metal down the side of your face is not without its consequences, of course. Irritation, burning – even bloodshed – are all par for the course. That’s why so many of us learn to shave by trial and error and stay loyal to a certain type of razor out of habit and the fear of anything worse. There’s a London design studio that are looking to change that shaving ritual, though. Meet the Morrama Angle Razor.

The growing innovation in men’s grooming – an industry estimated to bring in more than $25 billion this year – means that no one should be a victim of old school shaving myths anymore. Morrama are spearheading the improvement in men’s grooming with the Angle Razor – a simple piece of equipment that ensures a smooth shave every time. It’s pretty easy to use too. So, here’s what we learned about achieving a closer, irritation-free shave with the full Morrama Razor review. 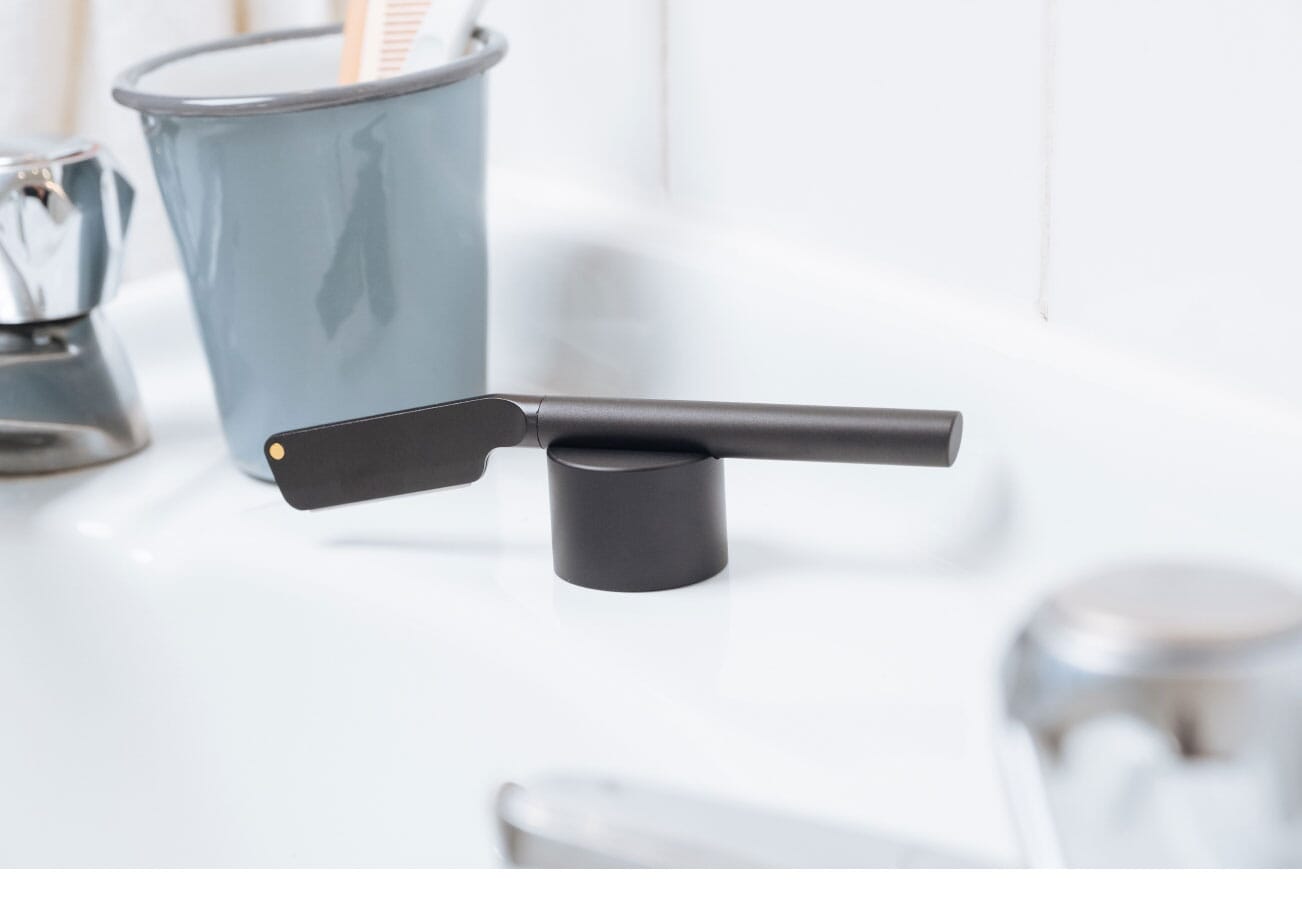 You probably think that the razor you’re currently using is ticking over nicely but in comparison to this Morrama invention it’s probably underachieving. Not only do the London-based design studio elevate the aesthetics of your bathroom essential but they also celebrate the ceremony of shaving. By using the Angle Razor, the design studio’s take on the straight razor, you soon learn a new skill that once mastered will not only last a lifetime, but it will make shaving a whole lot more enjoyable than it has been before.

Made from machined aluminium and brass, the Morrama Angle Razor's minimal design features a weighted handle that creates a balanced pivot point at the thumb and forefinger for control. The form of the paddles is designed to bring the user as close to holding the razor blade as possible for a precision trim. If you’re worried about performance and safety, this Morrama Razor is comfortable in the hand, perfectly balanced, and the blade housing is both magnetic and secure.

In addition, the studio notes that using a single blade has been proven to reduce skin irritation and ingrown hairs while multiple blades can cause damage to the upper surface of the skin. It’s another considered step that Morrama have taken to ensure there’s no more snags when it comes to a trim up.

The Morrama Angle Razor also uses recyclable, disposable blades, and is designed to offer an alternative to disposable men’s razors – 2 billion of which are thrown away each year, according to Morrama. The replaceable blades cost less than 10 pence, which – according to the designers – makes Angle significantly cheaper to use than a traditional straight razor, which requires the use of sharpening tools.

Morrama has calculated that someone shaving 3 times-per-week using cartridge razor blades at £3.05 each would spend £79.30 per year or £4,758 a lifetime. In contrast, the disposable blades, which cost 10 pence each and can be used twice, would cost £7.80 per year or £468 a lifetime for the same number of shaves. It just makes sense. 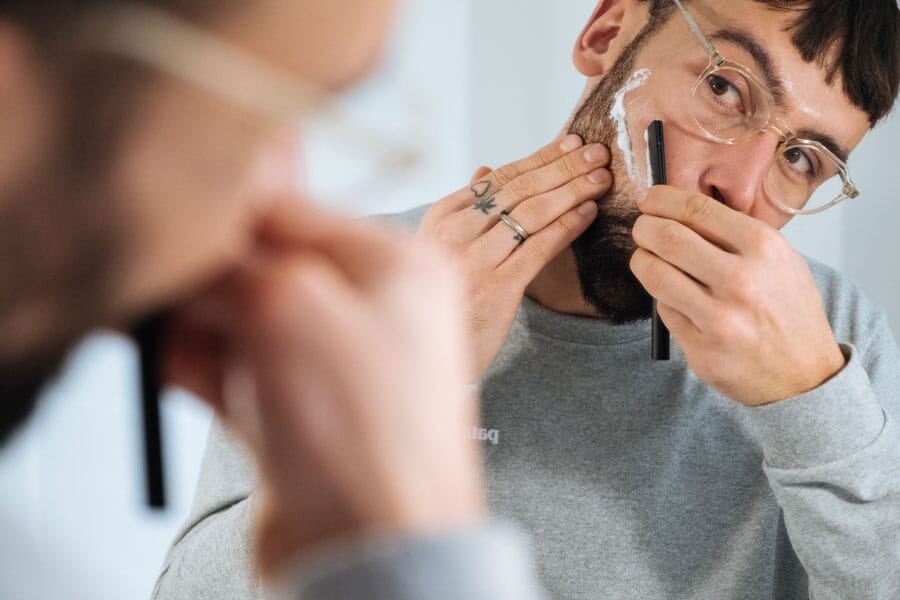 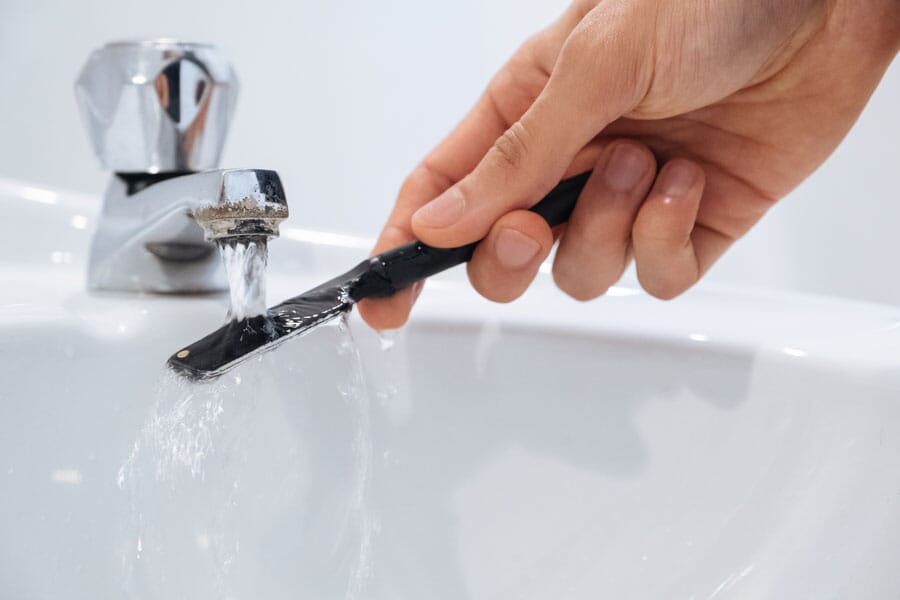 Morrama has taken the art and act of male shaving back to its essence. By focussing on the user experience, they soon found out that the answer to the perfect shave lay in a razor that takes disposable blades enabling the user to remove the blade completely. This, in turn, removes the need for traditional folding form. The result? A good-looking, easy-to-use, razor in its purest form; just a sharp edge and a simple handle. Something that you’ll grow to love and use time after time. 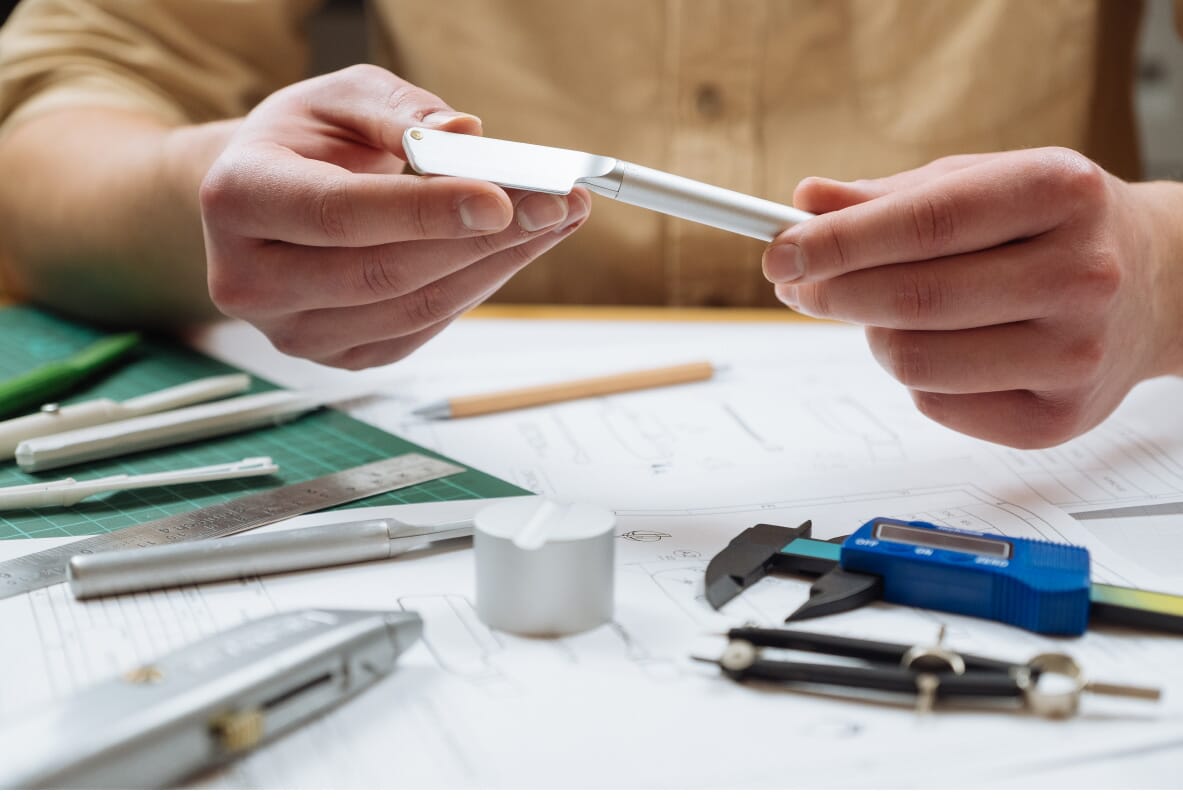