Must See: Spirit of the City by United Visual Artists at A/D/O Brooklyn 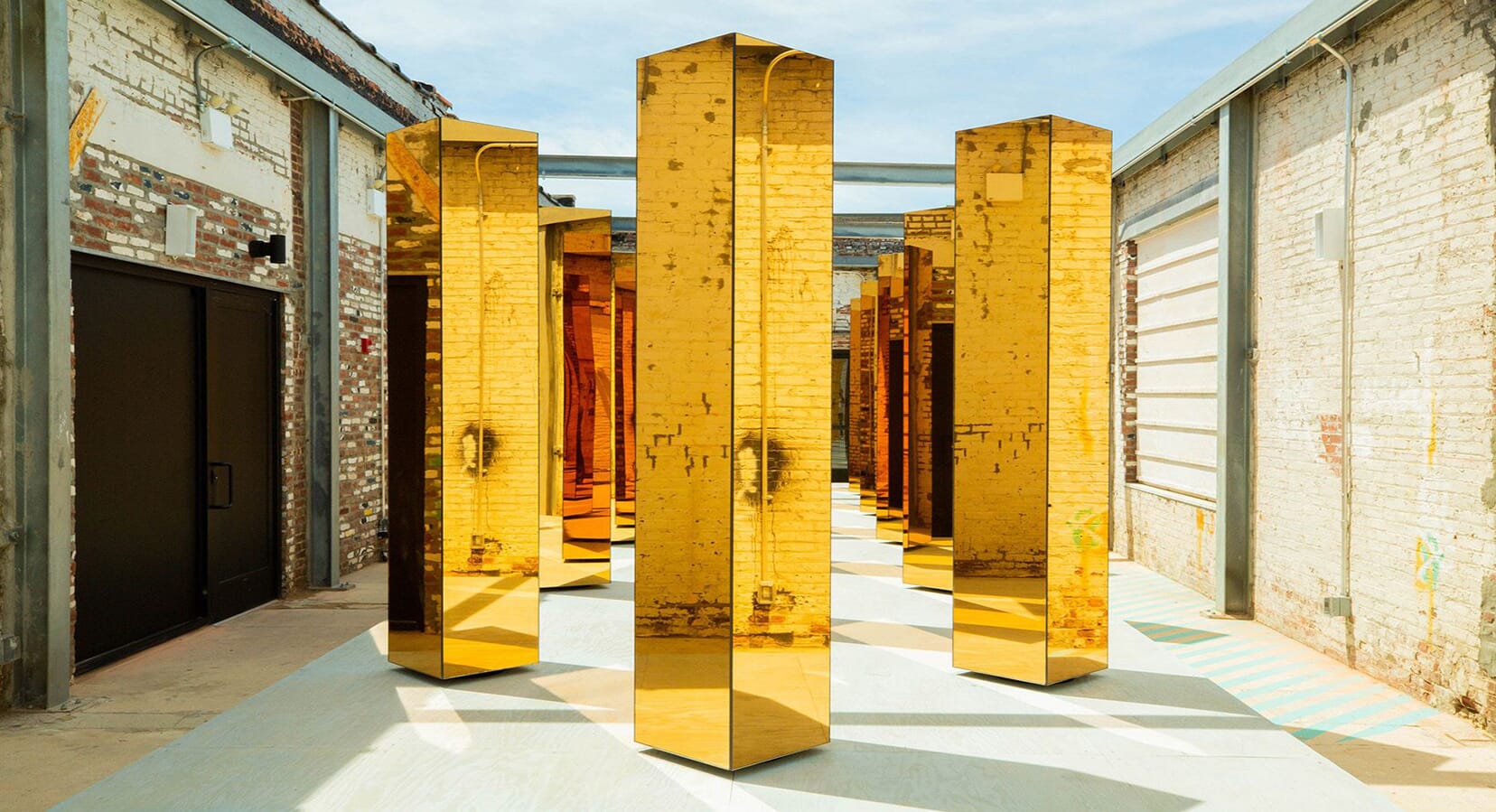 In the heart of Brooklyn, 16 revolving golden monoliths create a mythical city that's intriguing crowds at the vast A/D/O MINI Project Space. 'Spirit of the City' is the work of London-based United Visual Artists, who specialise in playing games with perceptions. 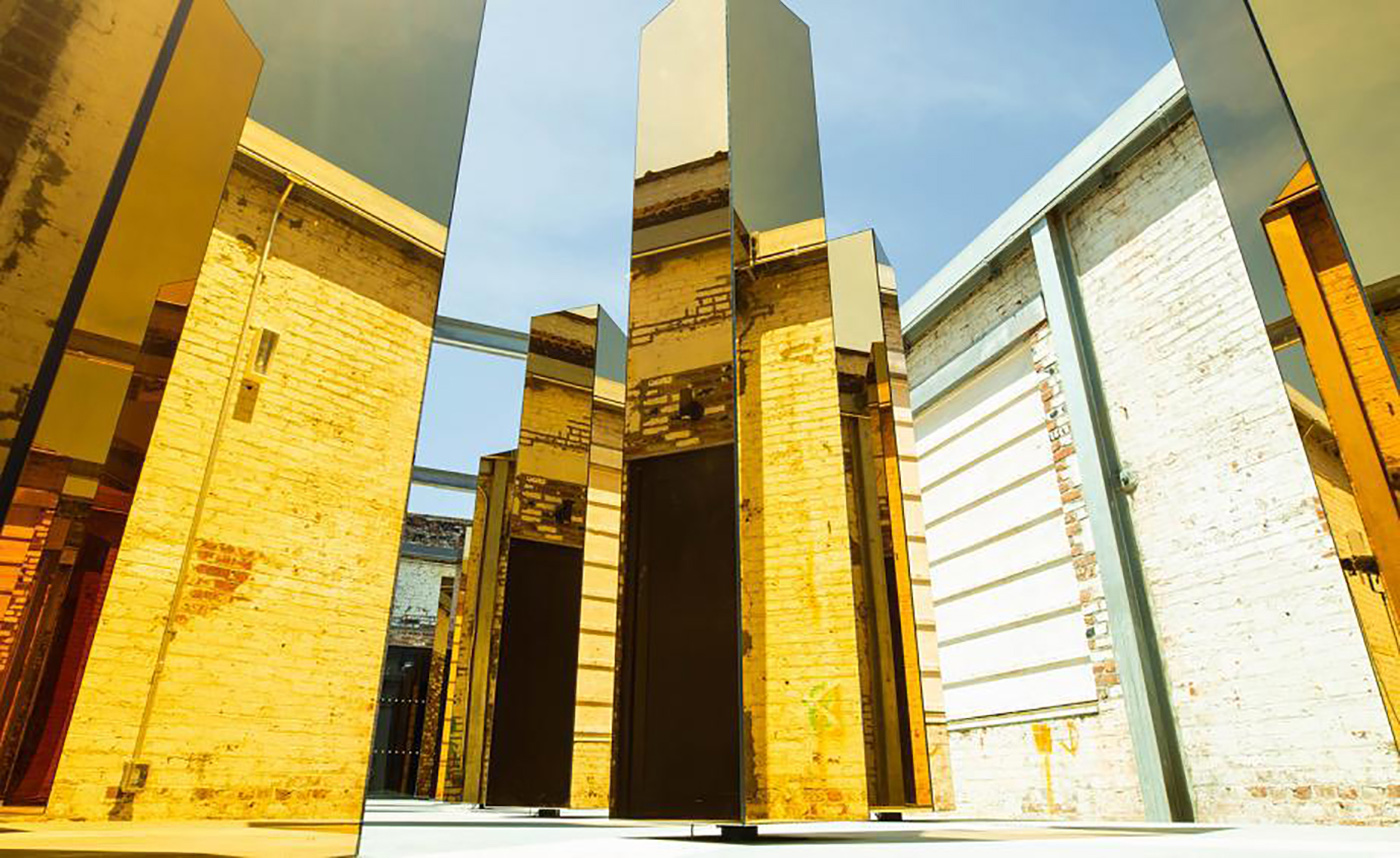 Each of the pillars is nine feet tall and the entire group is placed on a plinth, dwarfing viewers who see the installation in an open-roofed part of A/D/O's huge converted warehouse. The inspiration comes from the archetypal Manhattan skyscraper.

"We’re looking," says United Visual Arts founder Matt Clark, "to stimulate the same emotions that one might have (or used to have) when first visiting a large city." 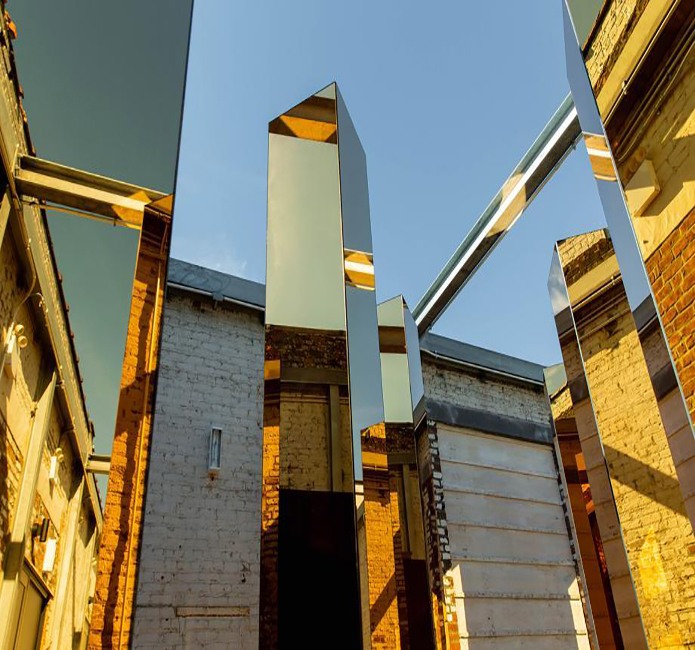 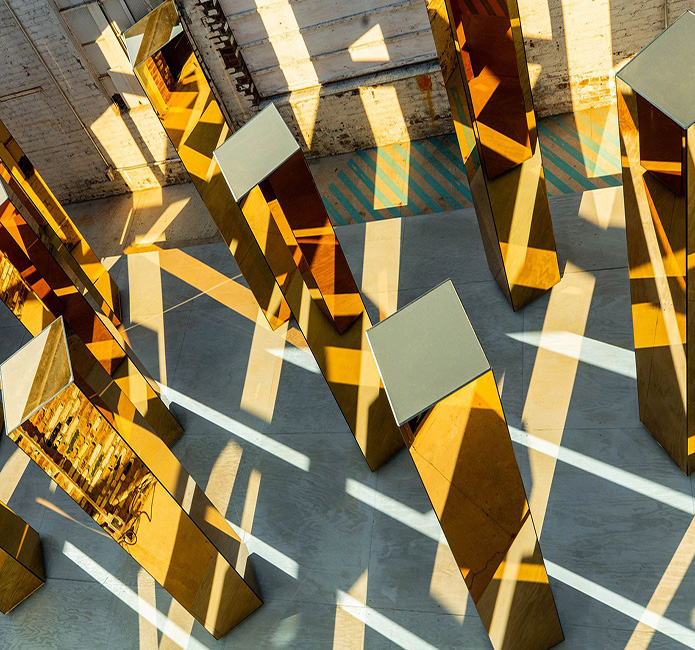 'Spirit of the City' is not only new - you won't see this place on Google Maps - but faceless too. By night, the pillars are slowly lit by old-fashioned monochrome vapour lamps, used for the first British street lighting.

United Visual Artists began life as a group of artists and technicians creating stage designs for the group Massive Attack in the early 2000s. They've evolved into a pioneering collective creating award-winning installations around the world. We like, a lot.

Spirit of the City‘ will be open to public for viewing from May 18th until September 2nd. 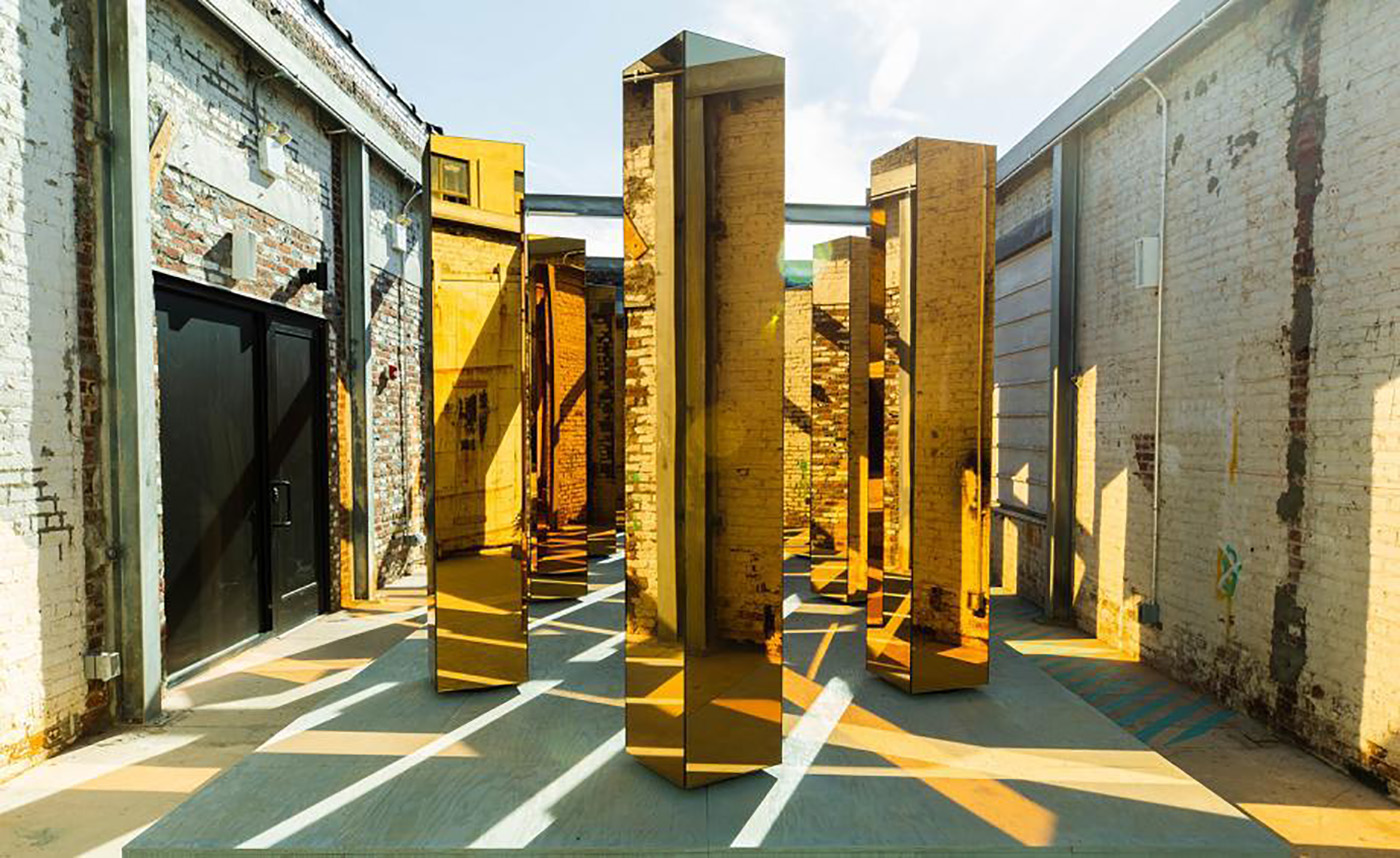