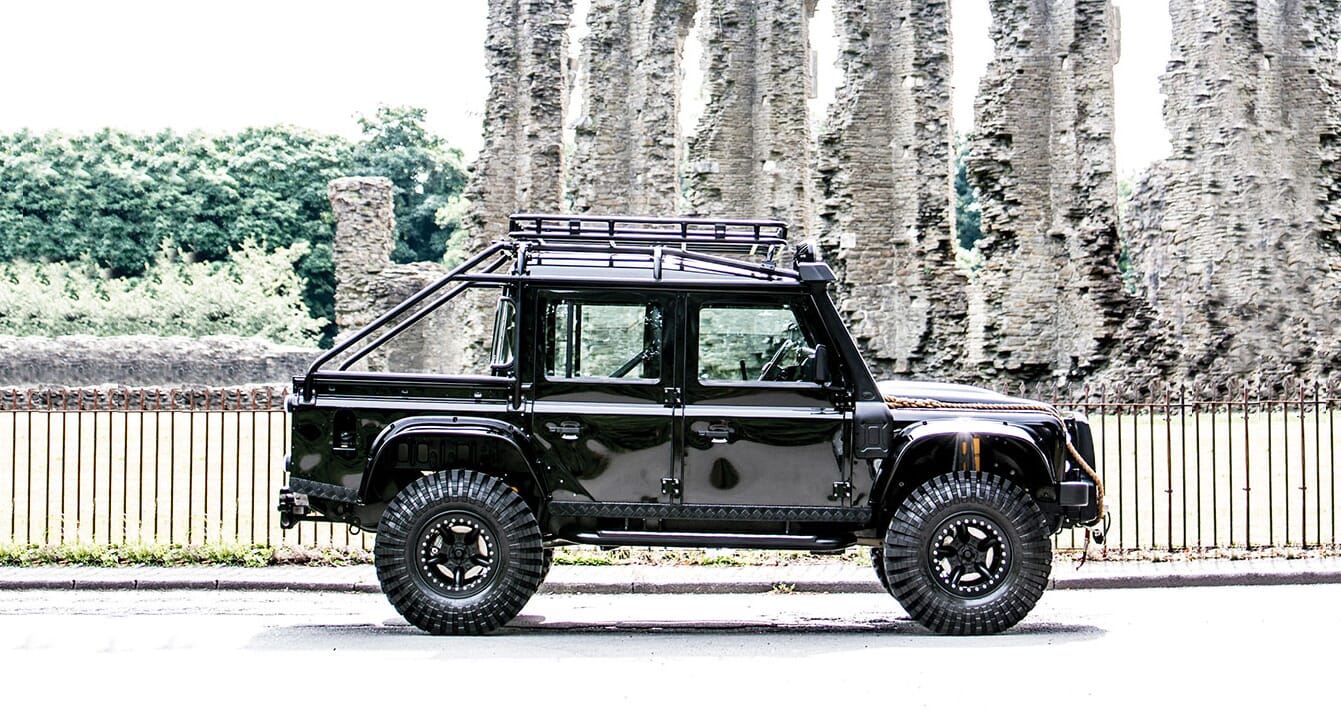 When shooting the 24th James Bond film, Spectre, Sony Pictures needed a menacing new vehicle to be used by members of the Spectre criminal organisation in the Austrian Alps. Naturally, they turned to Jaguar Land Rover’s Special Vehicle Operations to supply a total of 10 cars. But for a Bond film, a standard Defender would simply not do. Therefore, these 10 cars were sent to famed Land Rover tuning and racing specialists Bowler, with the task of transforming them from regular Santorini Black crew-cab 110s to something worthy of carrying a Bond villain. The SVX Concept, or the Spectre Defender how it is commonly known, is the end result.

The car represents the ultimate version of the iconic Land Rover Defender. The most obvious transformation from an ordinary Defender is the use of huge 37-inch tyres which are bolted directly onto the wheel rim and are said to greatly improve the ride over a standard Defender. Hidden away are significant engine improvements, with power up from around 120 bhp to 185 bhp and 500 Nm or torque. Recaro seats with 4-point harnesses complete the interior transformation, as does a hydraulic handbrake. 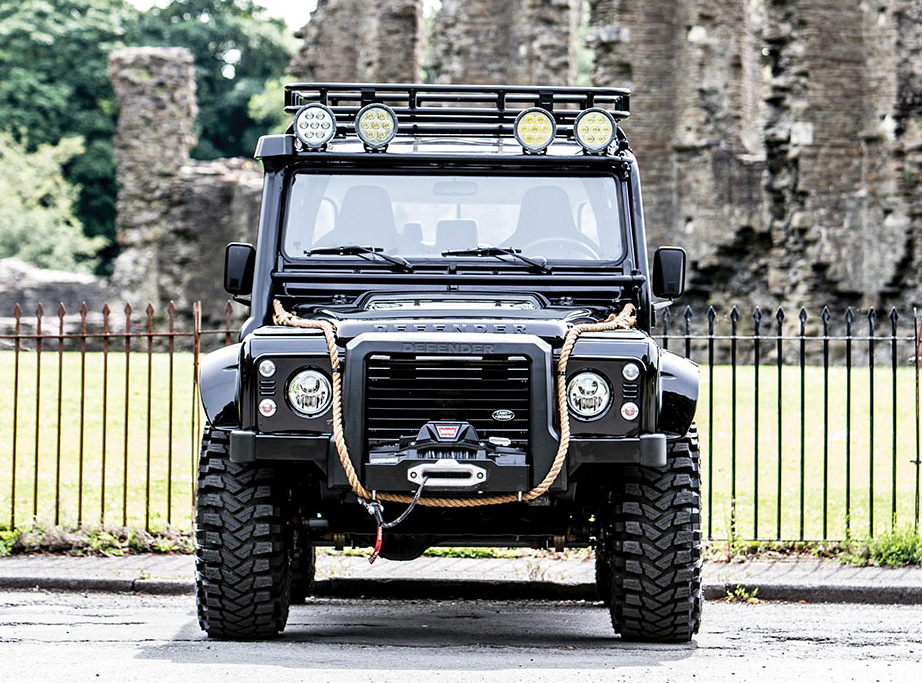 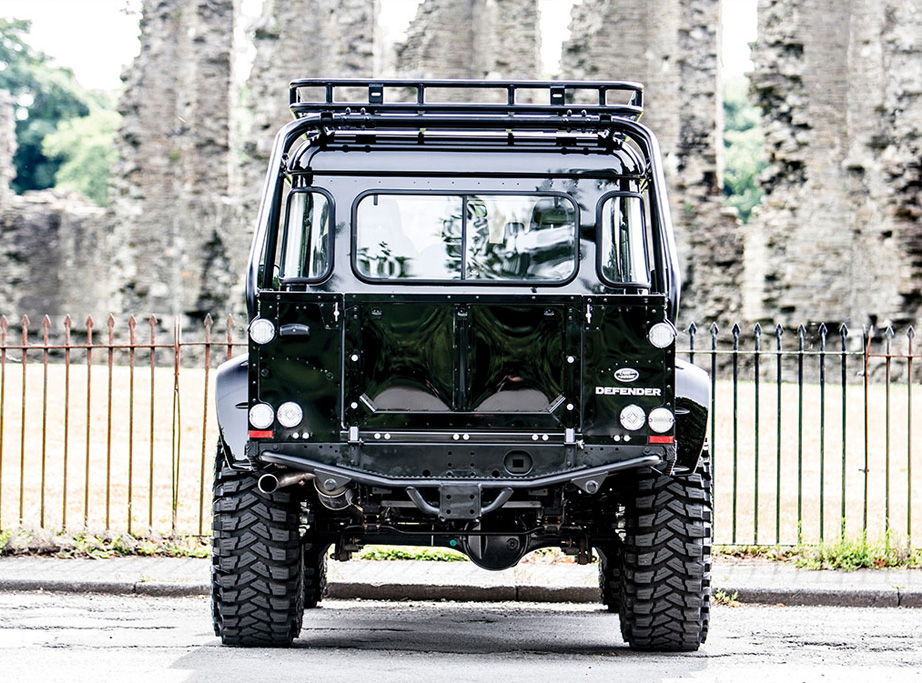 Currently listed for sale in RM Sotheby’s upcoming London auction on the 6th September 2017, this 2014 Spectre Defender is presented in perfect condition, having been used only in drive-by scenes. Given the way in which some of these cars were used during filming, it is unsurprising that not all survived intact. However, this particular Spectre Defender – that has been driven just 234km from new – has sustained no damage during filming, and represents a once-in-a-lifetime opportunity to own a piece of film and automotive history. 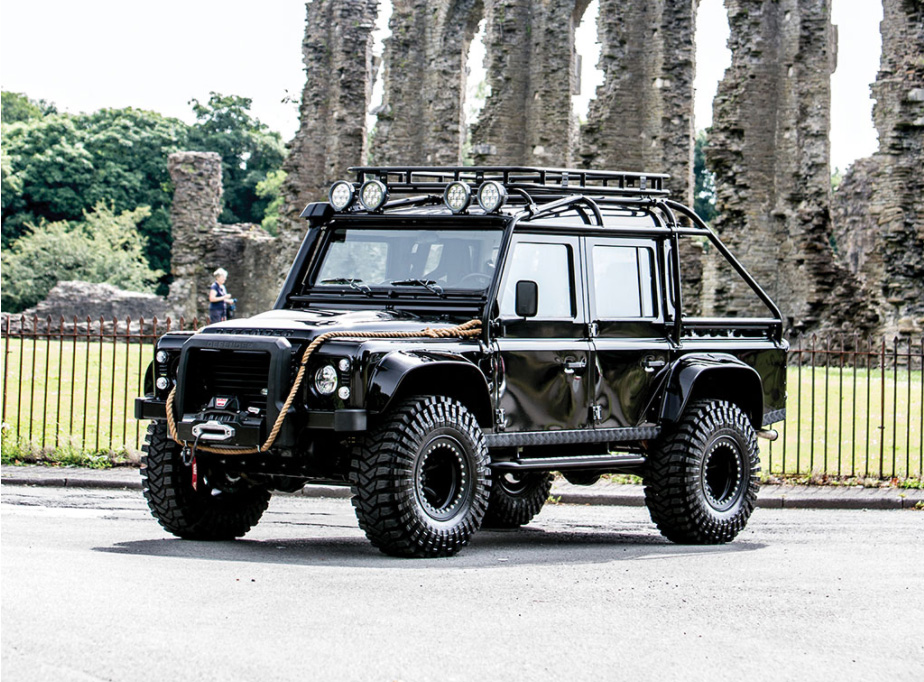