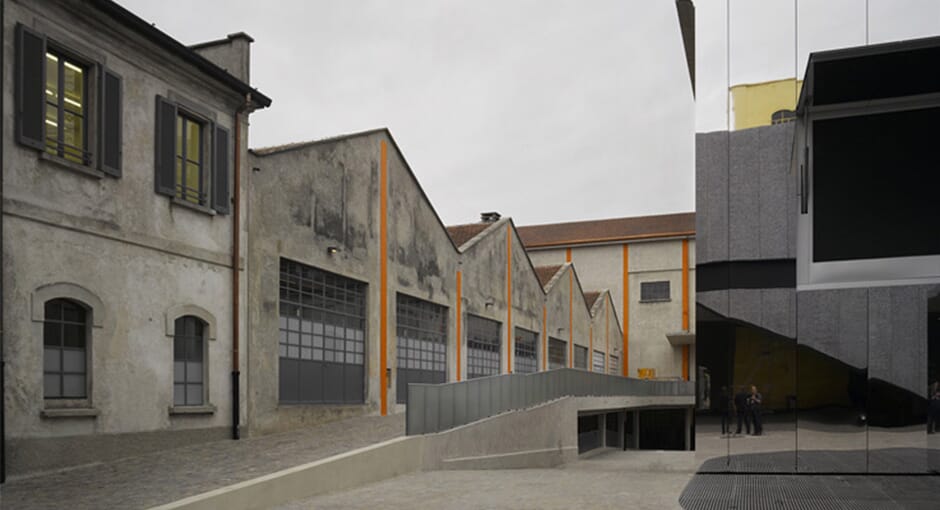 The newest project from Miuccia Prada has nothing whatsoever to do with clothes. Indeed, you won't find any of Prada's desirable garments and accessories anywhere at the sprawling new Milan headquarters of the brand's art project Fondazione Prada, except possibly on the backs of well-heeled visitors.

Prada have used their favourite architect, the adventurous Rem Koolhaas of OMA (Office for Metropolitan Architecture), for a project which has transformed a distillery in a grubby district of Italy's fashion capital into this year's must-see new arts complex.

From the outside the visitor sees the old walls of the distillery, virtually unchanged. An incongruous golden tower - it's clad in actual gold leaf - hints at treasures within.

There's a lot of space: 19,000 square metres of it, more than New York's new Whitney Museum. Within the perimeter walls, Koolhaas has conceived a glassed gallery. Panels are in military-grade aluminium with a cantilevered second exhibition space above.

Art isn't a new area for Prada. Fondazione Prada was founded in 1993, and has staged exhibitions at venues around the world. Miuccia Prada herself was invited to present the Turner Prize. With this project, though, the foundation reaches a new high. 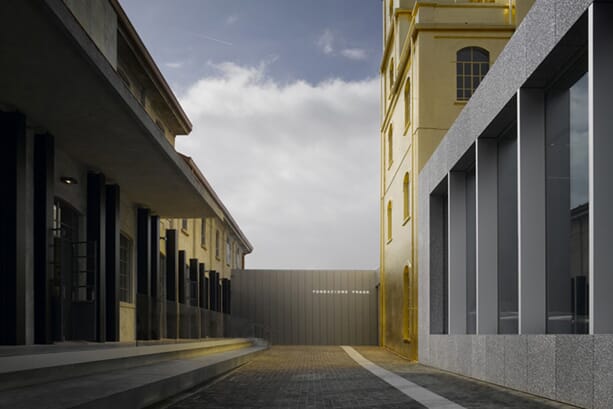 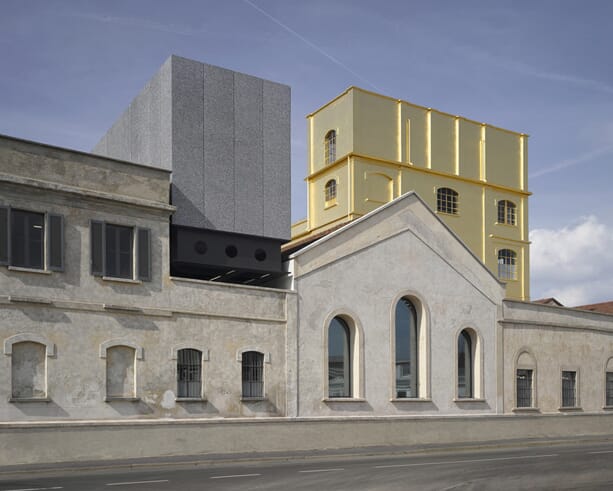 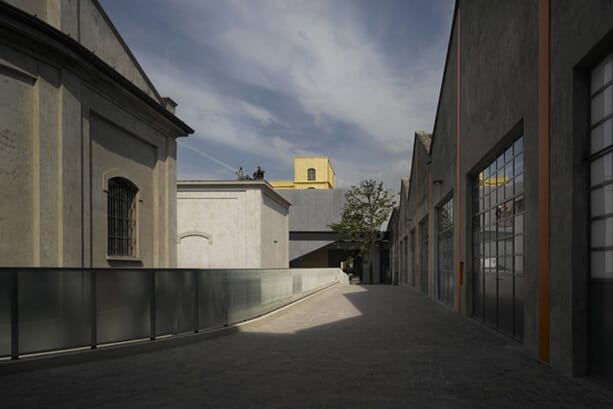 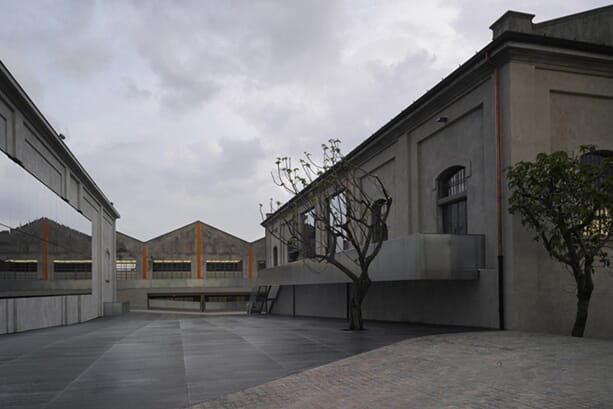