Out of Ruin: The House in Melgaço

Thomas Edison once said that ‘our greatest weakness lies in giving up; the most certain way to succeed is always to try just one more time’. The same can apply to buildings. For example, this House in Melgaço shows just what can be done when you don’t give up on a lost dream.

This small stone house in Melgaço, Northern Portugal is a resurrection of two homes; the first being the site’s original two-story cottage, and the second being a nearby demolished building whose granite stones were transported to create an extension. 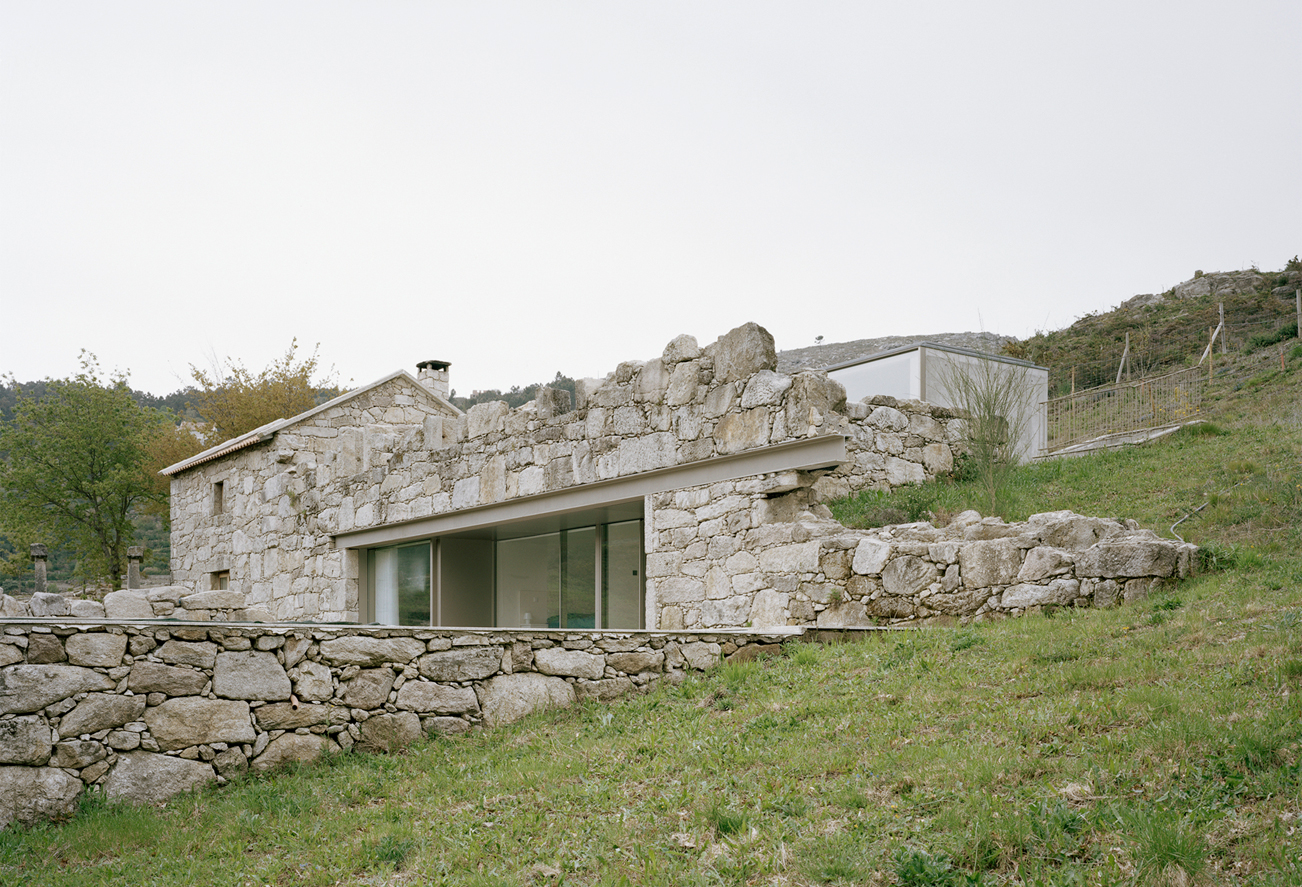 The stone house used to stand at the epicenter of a large plot of land that was once home to a family of eleven. Having been slowly diminished through the passing of time, the property has been resurrected and now stretches across 349m2, thanks to the extension from Portuguese architect Nuno Brandão Costa. The project in the sparse district of Melgaço begun in 2010, and was only completed in 2016, with the architect claiming that the ‘timeless construction’ represents the ‘no defined boundaries’ of modern architecture. 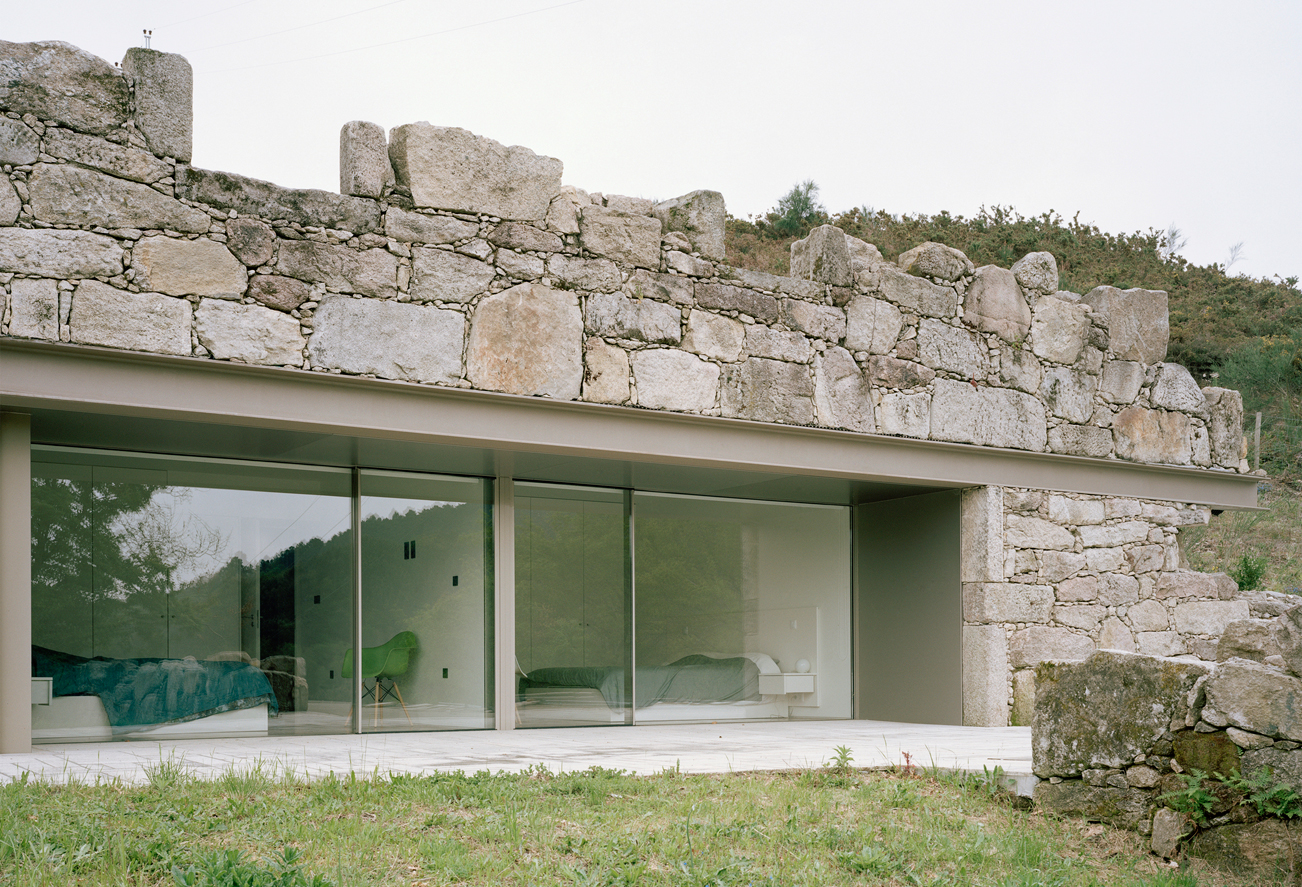 An earth-toned beam runs horizontally across the home like a timeline of the property’s past, connecting the site of the original structure’s two levels with the extension. Nestled into the ground of the sloping terrain, the home contains a living area, three bedrooms and a smaller house which also contains kitchen and dining accommodations. A swimming pool, also enclosed by a stone wall, completes the visual relationship between the house and the rugged landscape – supported by a concrete carport and a glass-encased garden-kitchen.

Head to Brandão Costa Arquitectos’ website to take a closer look at more of their projects. 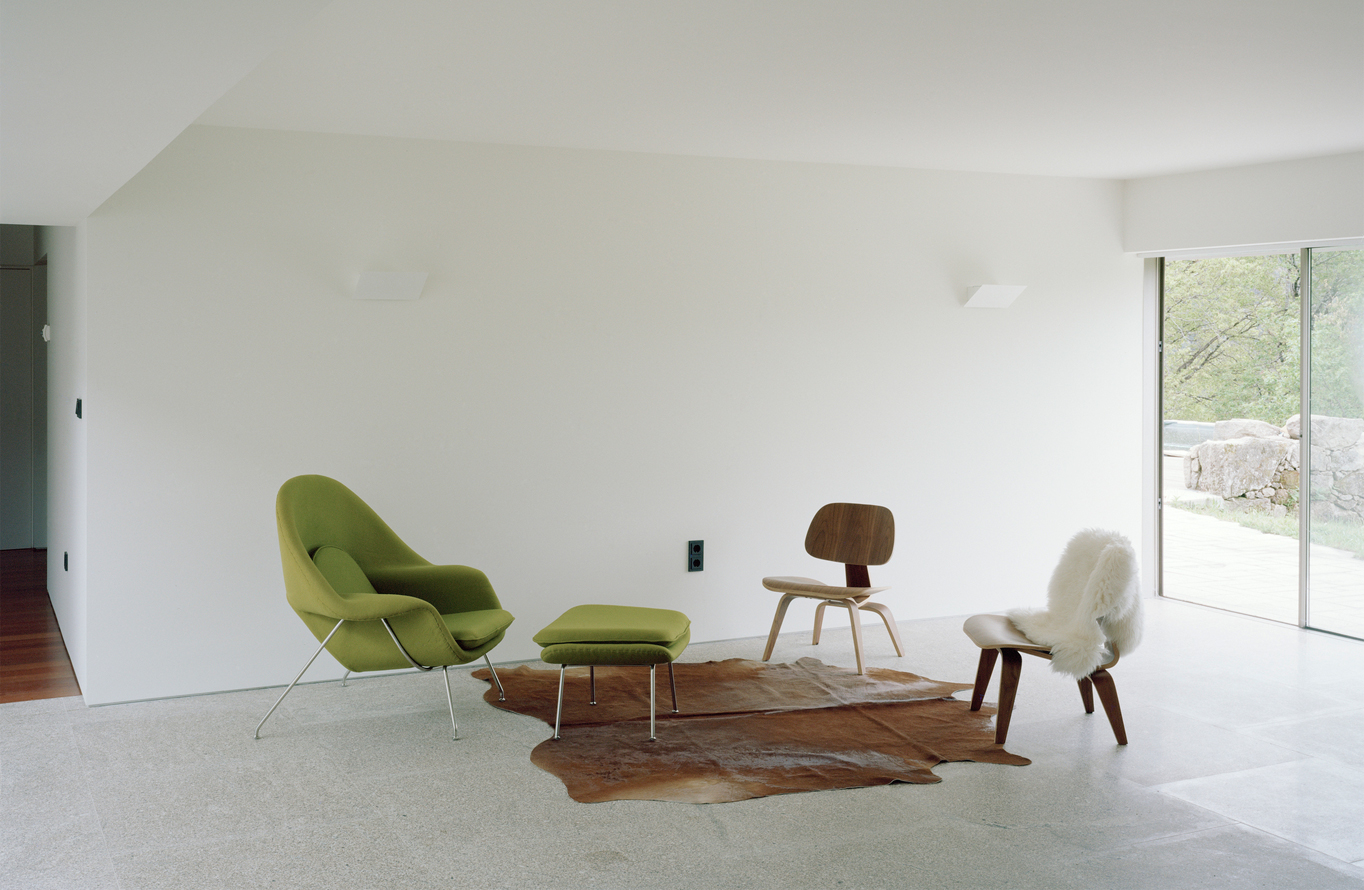