The Latest Sonic Editions Collection Has It All 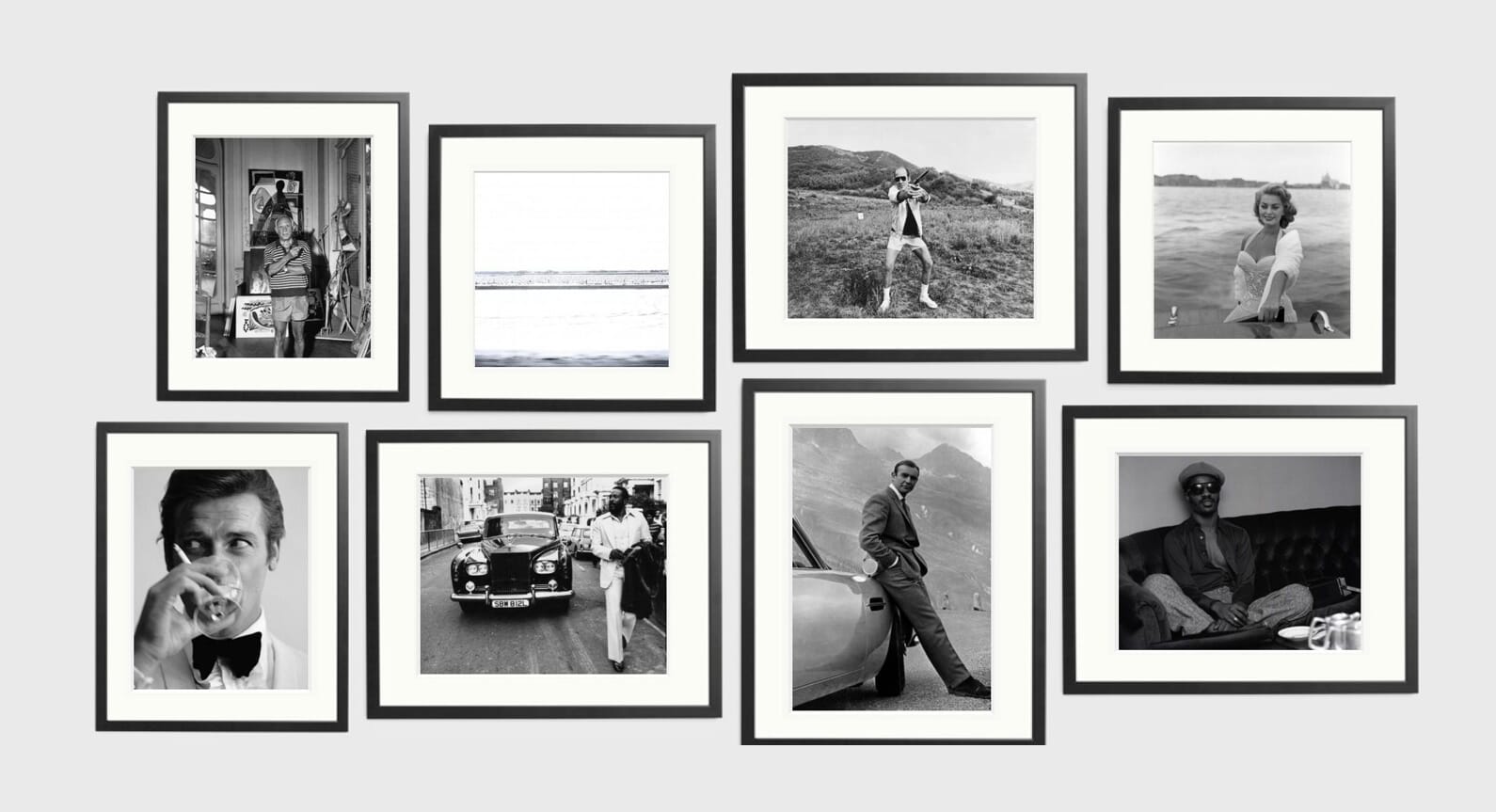 Mr Muhammed Ali slipping a punch from Joe Frazier; Mr Sean Connery leaning up against his Aston Martin DB5 while filming Goldfinger in 1964; The Rolling Stones taking a stroll through Green Park – these are just three incredibly rare and incredibly unguarded moments in time. They are also the kind of images that Sonic Editions is best known for.

The British-based brand fills a surprisingly solitary gap in the market – a wide white space, if you prefer – between the posters you pick up from glossy magazines and high-street stores to original works of art and first-rate prints. Relatively simply, Sonic Editions fill that niche with a selection of well-priced limited-edition prints of classic photographs.

As the name would suggest, Sonic Editions began by solely offering their own unique take on music photography before widening its net to cast stellar names across the categories of sport, culture, film and fashion. By sifting through the archives of the world’s finest 20th century photographers, Sonic Editions provides you with a rare and untouched insight into some of the most famous faces in the world. Better still, the simplistic nature of each image ensures that every Sonic Editions print is likely to spark conversation.

To illustrate our point, we have selected a few of our favourite Sonic Editions prints including fifties, sixties, seventies, eighties, nineties and noughties icons from Stevie Wonder, Hunter S. Thompson, Enzo Ferrari, and many more. The best thing is that the chances are no one you know will have the same one. Check out the essential edit below. 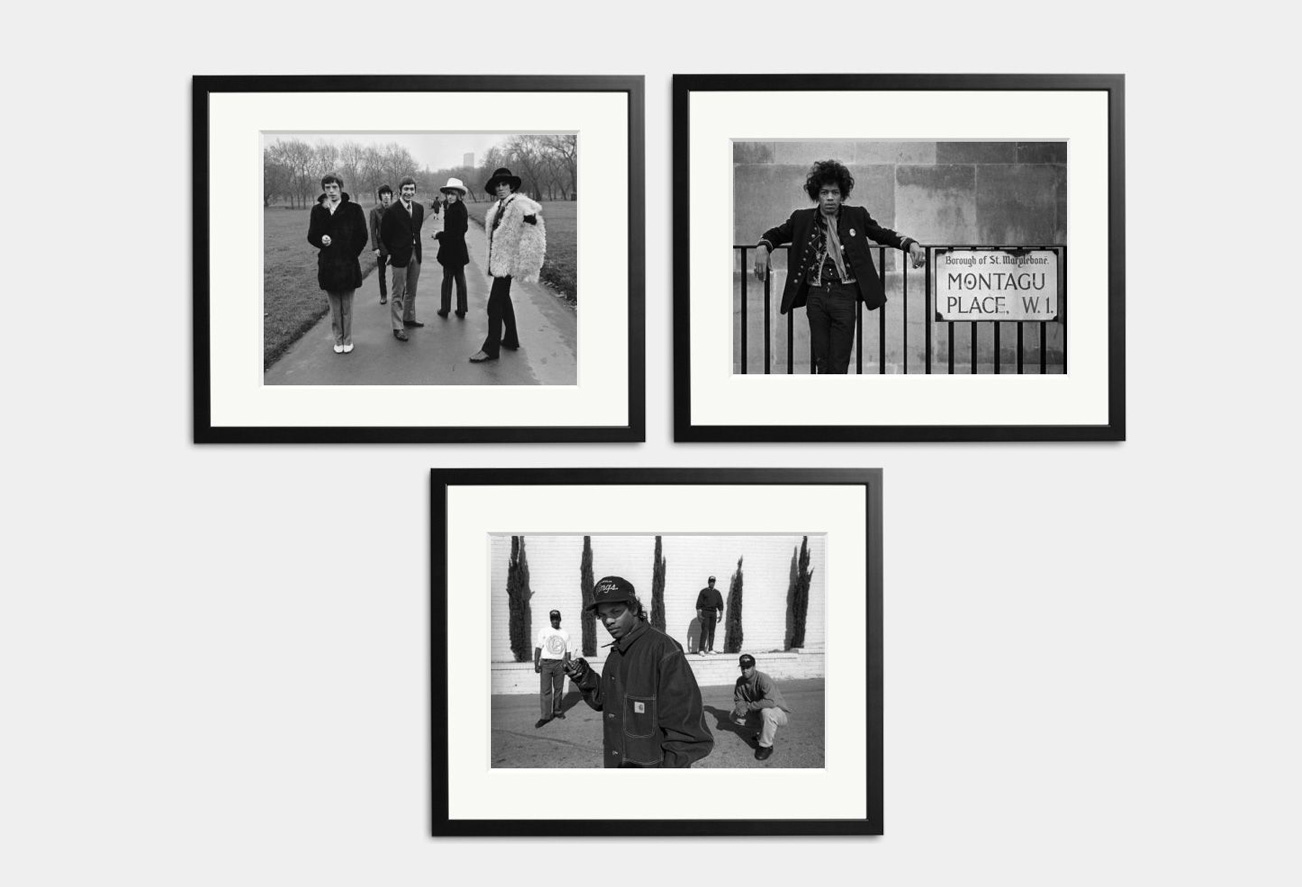 The Rolling Stones in Green Park

1967 was a big year for The Rolling Stones – as January saw the release of Between the Buttons album, an EP that included the singles ‘Let’s Spend the Night Together’ and ‘Ruby Tuesday’ – it was also the year that this magnificent photo captured by Roger Jackson was taken. The snapshot sees The Rolling Stones – Mick Jagger, Bill Wyman, Charlie Watts, Brian Jones and Keith Richards – taking a stroll through London’s Green Park.

“This is the place I feel most comfortable, and I feel the English are my friends.” That’s what Jimi Hendrix once said of London. The English capital was the place that would ultimately make Hendrix, and this iconic shot of him leant on the Montagu Place plaque in London captures Hendrix on the way to his pinnacle in 1967 – the year in which the American had already released Hey Joe and Purple Haze and inspired the British audience with his feedback-drenched sound.

In their short but volatile 5-year stint at the top of hip-hop, N.W.A sold millions of units all over the world despite causing enough controversy to warrant an FBI caution of their record company and blanket ban on American commercial radio. Regardless, N.W.A are viewed as one of the driving forces of modern rap and hip-hop, making this photograph of Arabian Prince, Dr.Dre, Eazy-E and Ice Cube outside their recording studio in Compton, Los Angeles, a modern collectible. 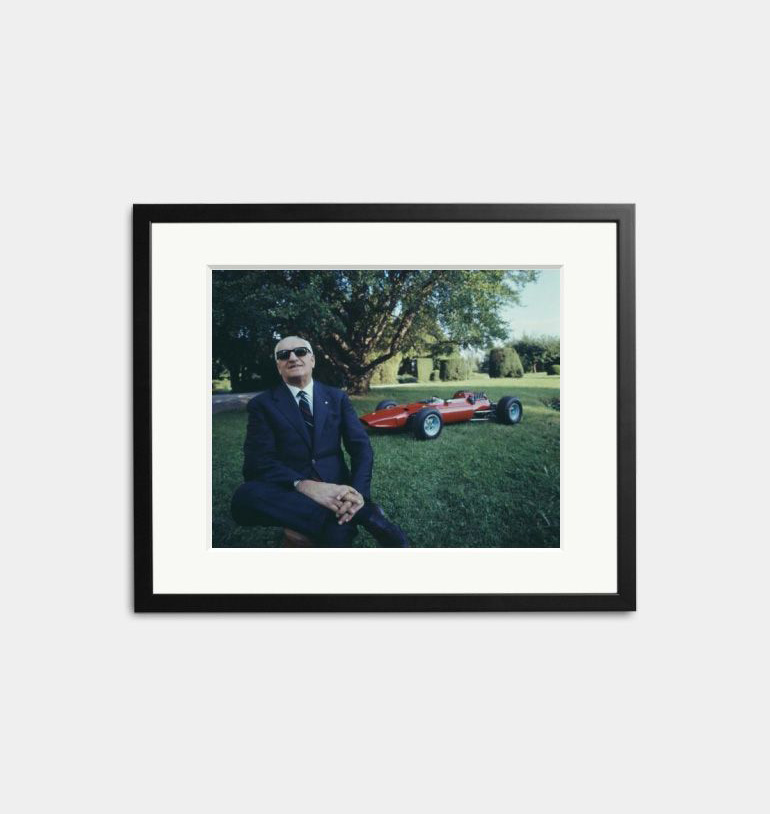 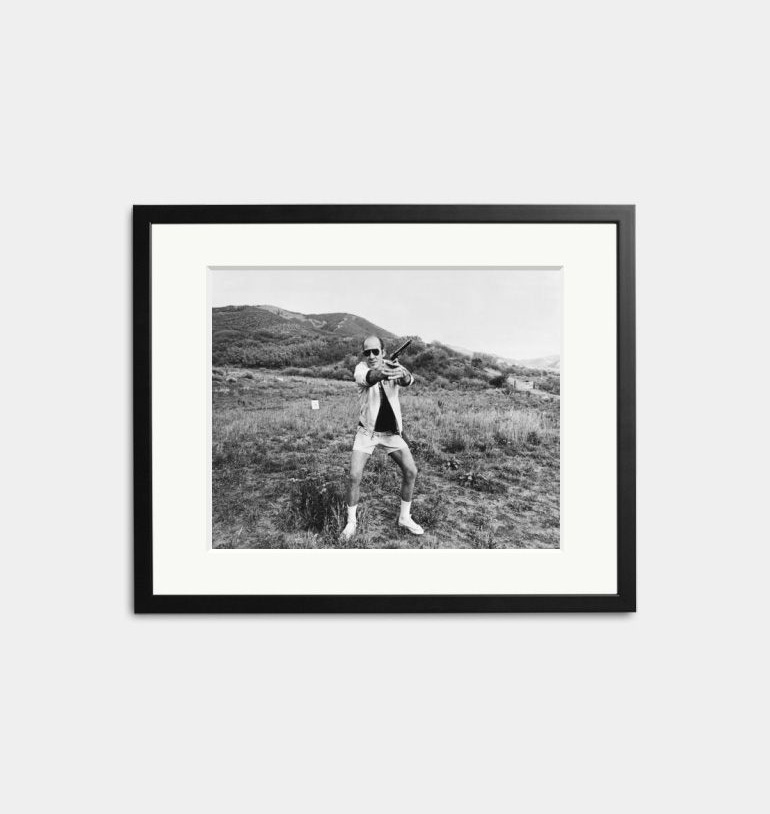 Esteemed Italian motor racing driver, entrepreneur, founder of the Scuderia Ferrar Grand Prix motor racing team and the Ferrari automobile marque, Enzo Ferrari has inspired a number of the world’s most famous cars and if you can’t afford a Ferrari of your choice, you can pay homage to his ingenuity with this picture of Enzo at his home in Bergamo, Italy, in 1965.

Shot by Michael Ochs, this wonderful photograph captures award-winning author Hunter S. Thompson with a .44 Magnum at his ranch in Aspen, Colorado, in 1976. The candid image is a wonderful representation of Hunter S. Thompson’s experimental style of journalism – which took on the name Gonzo Journalism – where reporters involve themselves in the action to such a degree that they become central figures of their stories.

In the history of big-screen product placement, the Aston Martin DB5 from the 1964 James Bond film, Goldfinger, is perhaps the most successful of all. The combination of beautiful Italian design, British engineering and understated gadgets, set the precedent for the long-standing successful relationship between Bond and Aston Martin. Which is why this picture of Sean Connery leaning up against the iconic Aston Martin DB5 whilst on set of his third Bond film, Goldfinger, is truly timeless.

Captured at the iconic Cumberland Hotel, London, 1966, a 15-year-old Stevie Wonder is pictured in UK whilst promoting his new release, Uptight (Everything’s Alright) and to play a select number of concert dates.

Ali Dodging A Punch From Frazier

The ‘Fight of the Century’ is the title boxing writers and historians have given to the famous fight between WBC/WBA Heavyweight Champion Joe Frazier and Ring Magazine Heavyweight Champion Muhammed Ali in Madison Square Garden on March 8th 1971. In this still image, Ali steps away from a punch thrown by Frazier during the heavyweight title fight that was claimed by the new undisputed heavyweight champion of the world, Frazier.