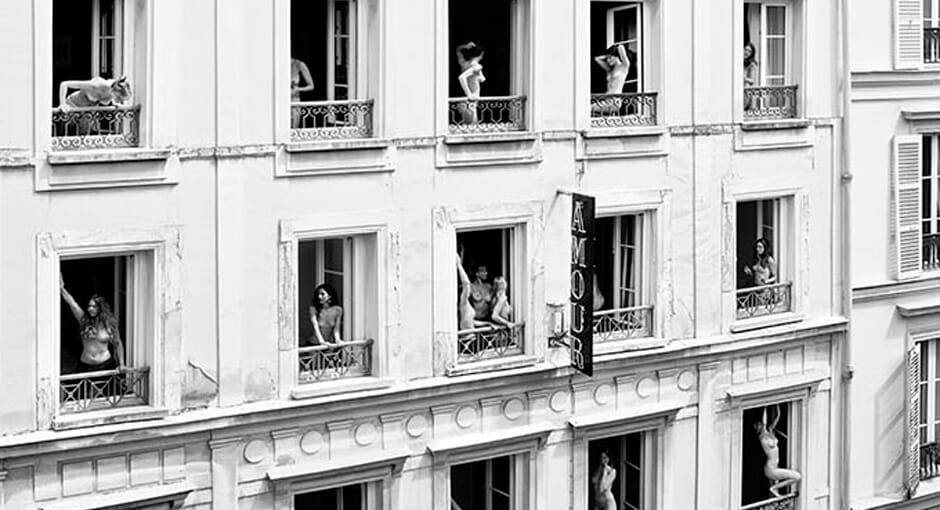 Hotel Amour earns the maiden honour of being the first establishment to launch our new series; The Hit List. Shining a spotlight on the best bars, restaurants, hotels and stop-overs for the perfect city break.

Amour resides just south of Pigalle in the heart of Paris; in an area which found fame for being a burgeoning red-light district in the city. But that remains a subject of pride for Hotel Amour, who impishly salute its colourful past with a striking pink neon sign on the side of the building. But as Paris is an iconic city of love, visitors and attractors to the city are perhaps not offended by the odd sense of eroticism, so the former façade of the hotel adds to its allure.

After cleansing the reputation of the area, Hotel Amour now stands as a vocal point in the district. Radiating an effortless, yet edgy appeal, the building stands to reflect its rich and colourful past with a tinge of French tradition. Displayed through the long-reaching windows and pale light-wash exterior.

Owned by Thierry Costes and designed by Swedish-born, Paris-raised graffiti artist and entrepreneur Andre Saraiva, it is clear to see the diversity of Saraiva’s skills are reflected in the design of the hotel. Having also curated the Le Baron in Paris, Saraiva’s intricate yet eccentric eye for interior design has seemingly run riot in Hotel Amour, decorating each and every room with its own distinct yet tasteful decoration.

Boasting 20 rooms, Hotel Amour resides within the boutique bracket of city break hotels; which again, adds to its appeal. Every room is connected by a black matte painted corridor, which makes you feel that you are exploring a special, secretive place. Which in truth, you are.

While each room displays the work and designs of different artists, they all remain completely unique and consequently, vary in appearance. The rooms have been handed over to distinguished artists such as Pierre Le-Tan, who transforms his room in to a mellow green boudoir, decorated with intricate and ornate graffiti across all four walls. Elsewhere, Sophie Calle lavishes a room with a host of photography, while Alexandre de Betak decorates the black-walled bedroom with a swarm of mirrored disco balls.

Enhancing the exclusive appeal of the Hotel is the furniture. With every individual piece dating from the fifties and sixties, compiled from auctions and antique fairs worldwide.

Alongside the captivating aesthetic, Hotel Amour also boasts a late-night brasserie which can be enjoyed inside at the restaurant or in the coveted outdoor garden which oozes Parisian appeal.

Characterful and creative; your first stay at Hotel Amour Paris will undoubtedly lead to a lifetime of devotion.

Head to the Hotel Amour website to book your stay. 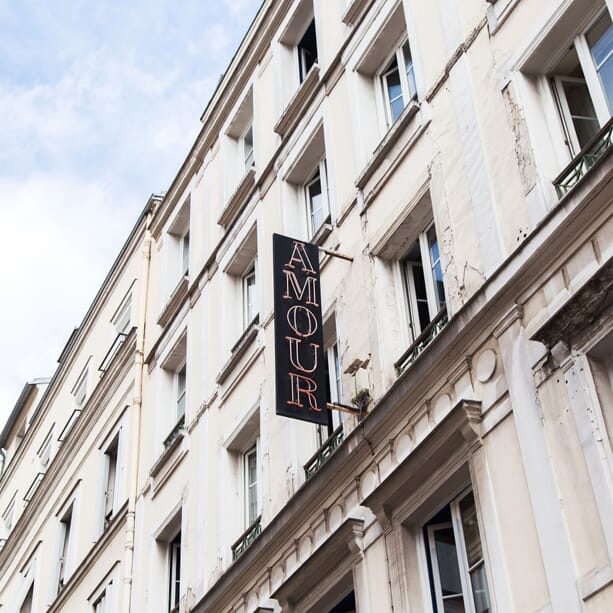 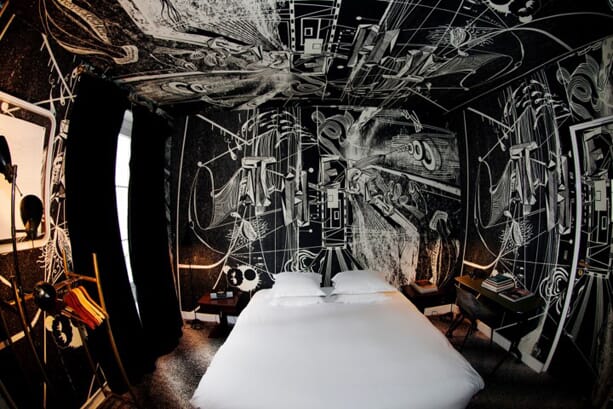 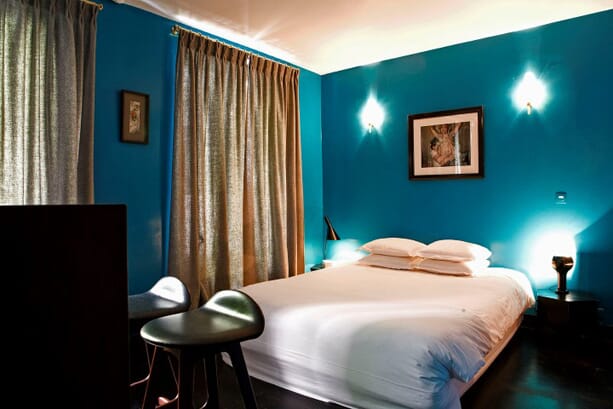 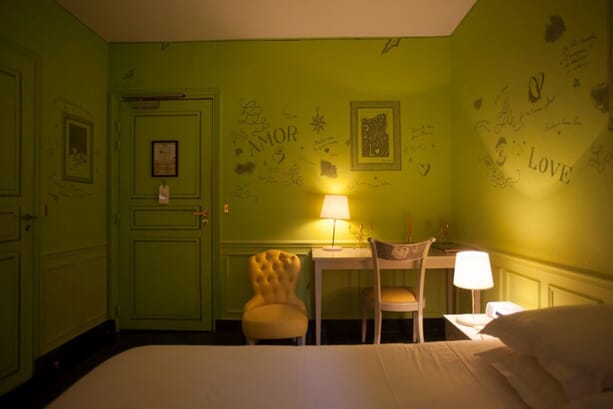 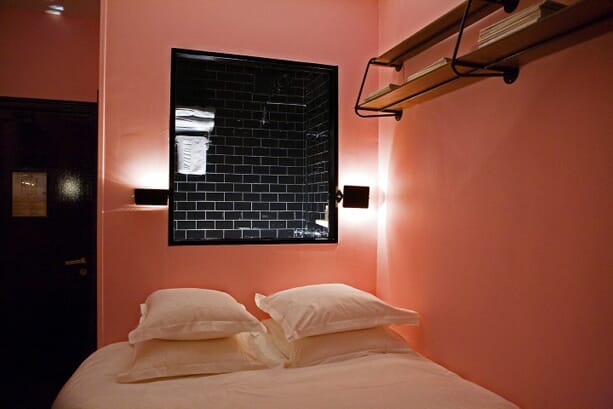 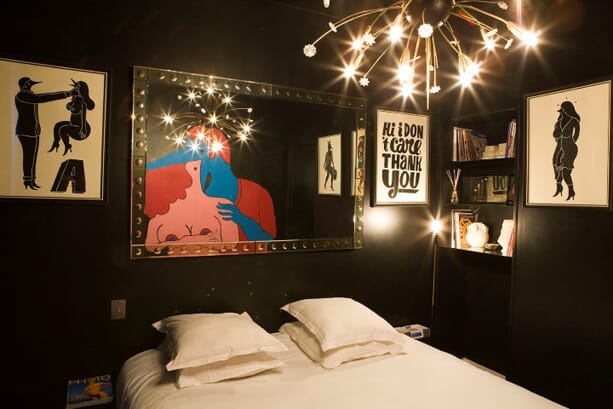 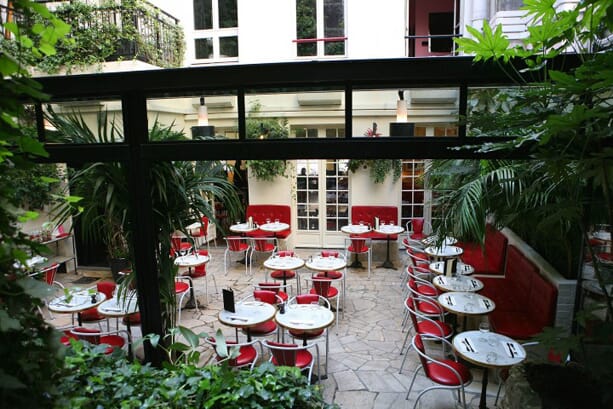