If ever there was a bike concept that should make production, we'd say this is it. Hyperactive one-man Moscow design studio Burov has come up with the Koenigsegg Motorcycle Concept, a machine that the Swedish supercar makers might well be taking a look at as you read this.

Sleek sharp yellow bodywork covers an as-yet non-existent engine. The panels have just enough design cues to suggest the form of Koenigsegg's real life hand-made rarities, while there's a distinctly cafe racer approach to the remainder of the design.

Seating is strictly for the rider only, while contrasting blue shock absorbers are traditional in form, the riding position low-slung and the bike is chain-driven, very much in old-school style.

Twin stubby exhausts hint at both noise and power and the tyres are slick Bridgestone Potenzas. Burov doesn't go so far as so hint at a top speed, but the bike would have to go some to match Koenigsegg's £1m-plus road cars, made at a facility adjacent to Ängelholm airport in Sweden.

At a time when custom cafe racers are emerging from previously sleepy Devon, unsung Slovenia and stripped-back Madrid, Burov's suggestion to Koenigsegg is right on the money.

Our message to the Swedes: make it! 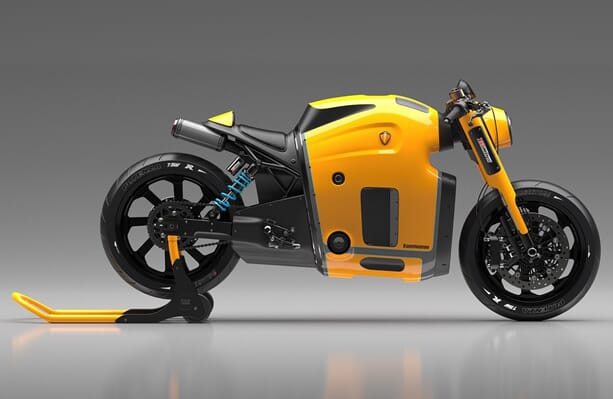 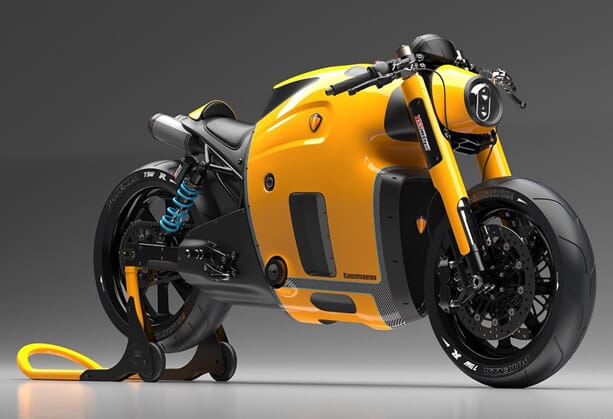 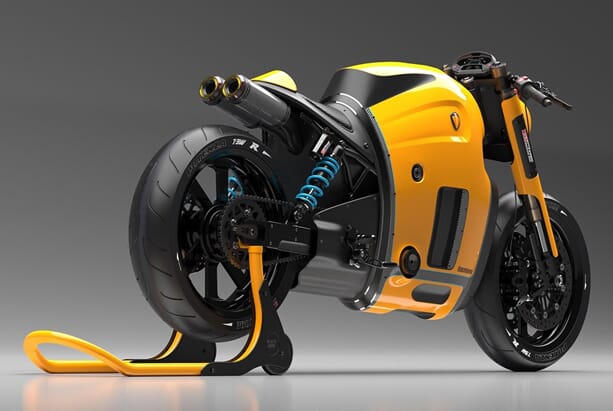