The Skateroom Drops A Pair Of All-New Art Decks 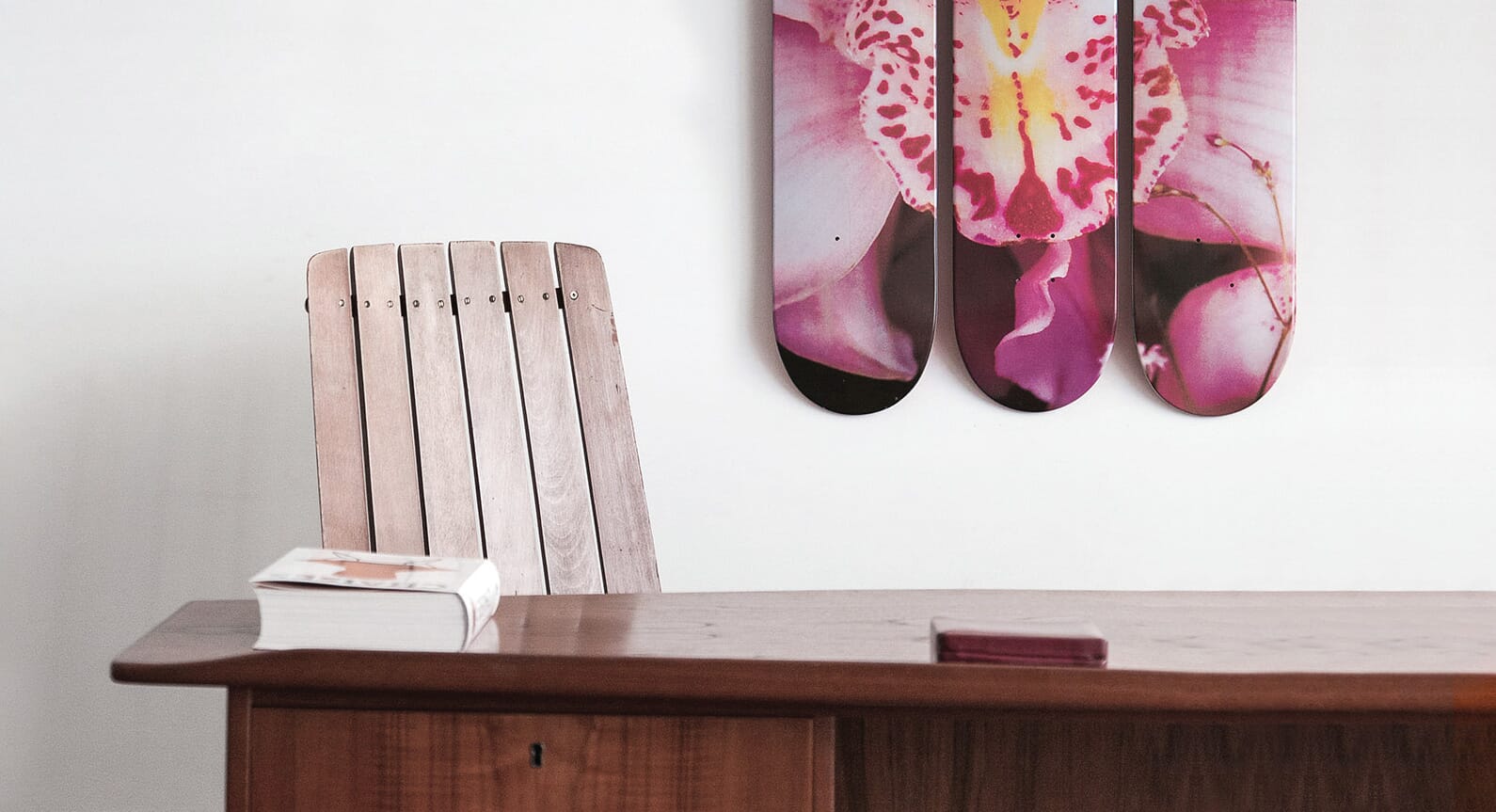 Japanese photographer and contemporary artist Nobuyoshi Araki and Congolese painter Cheri Samba are the latest names to have partnered with The Skateroom for an exclusive run of collaborative art decks.

Known to invite contemporary artists to interpret skate culture by simply creating art on skateboards, The Skateroom then promotes the collaborative skateboards to support non-profit projects that empower skateboarding and art. In this latest initiative with Araki and Samba, the skateboard decks are being presented by each artist in limited quantities of 125 and 150 respectively.

First up, The Skateroom have teamed up with Nobuyoshi Araki, Japan’s most famous and prolific photographers to produce exclusive sets of his renowned artwork. Although The Skateroom were ‘not knowing in which direction Araki was going to go’, not because of the ‘risqué’ artwork, but because the opportunity represented two major fields of work that the artist has delved into during his incredibly long career, the result is quite spectacular. Araki has photographed orchids over a number of years, and for his collaboration with The Skateroom, he sheds new erotic light into these delicate flowers with an intricate image of the pink plant. 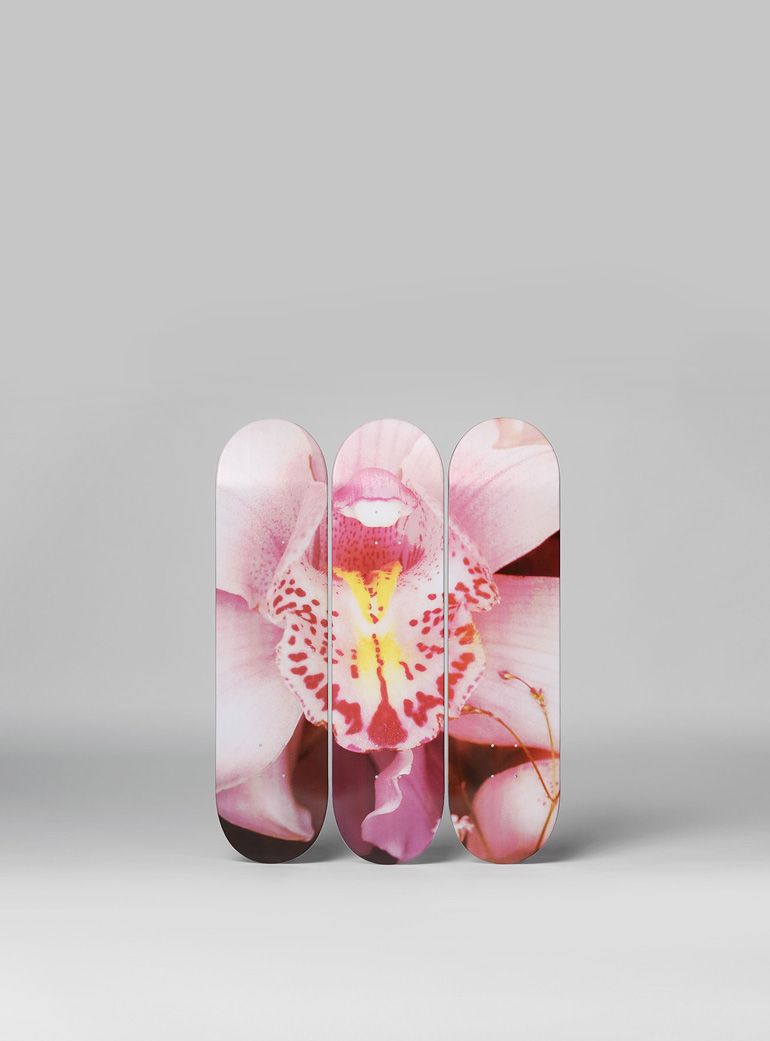 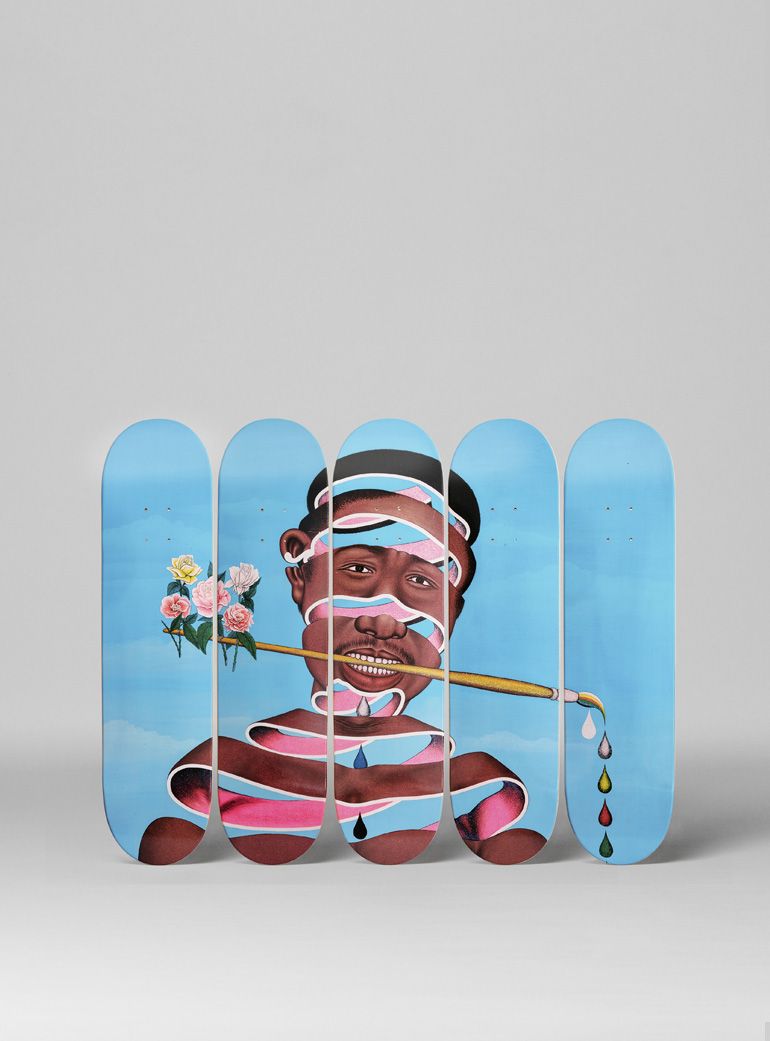 The second collaboration has seen the social entrepreneurship join forces with Cheri Samba to relay the artist’s most famous work – “J’aime la Couleur” – which was painted in 2003 as part of the Foundation Louis Vuitton collection. The highly symbolic painting represents Cheri Samba himself with a brush in the mouth unrolling his own portrait as a spiral with the immensity of the blue sky as a background. For his first collaboration with The Skateroom, Cheri Samba has decided to support the Berlin-based NGO Skateistan charity to help teachings in South Africa. “My art addresses everybody, all the social classes,” explains Cheri. “The fact that my collaboration with The Skateroom is going to help to fund the NGO Skateistan in its action in South Africa with children, is consistent with my work. I myself am an artist from popular culture. So I think that it’s great that my work is accessible to as many through the medium of skateboards,” Cheri added.

Both of The Skateroom’s new collaborative decks, the Araki Orchid and Cheri Samba’s “J’aime la Couleur” are available in limited quantities and every deck comes individually numbered and signed by the artist. You can shop both new releases, alongside the entire The Skateroom collection now at OPUMO. 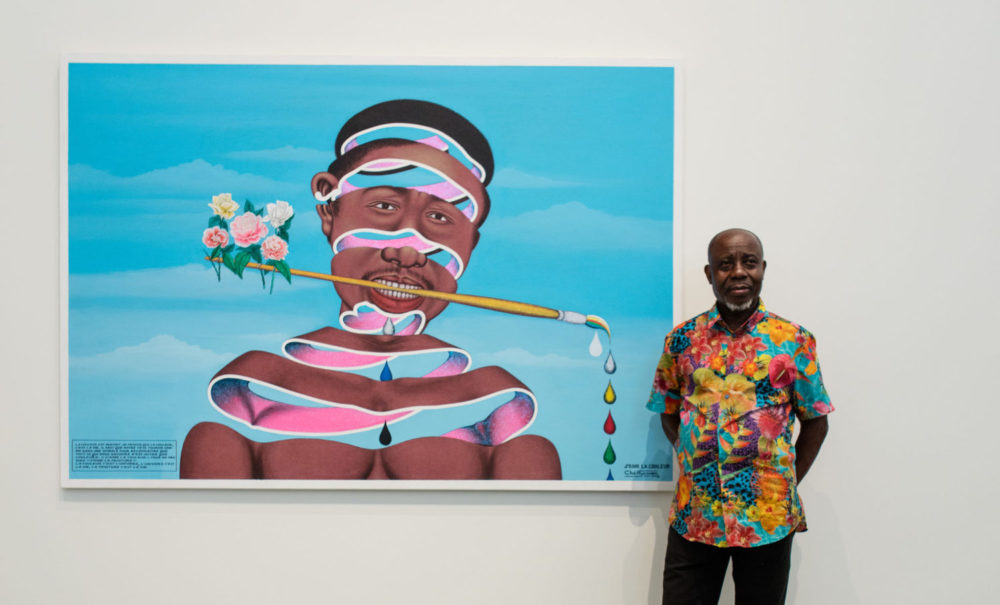