The Workers Club: The British Outerwear Brand Taking The World By Storm 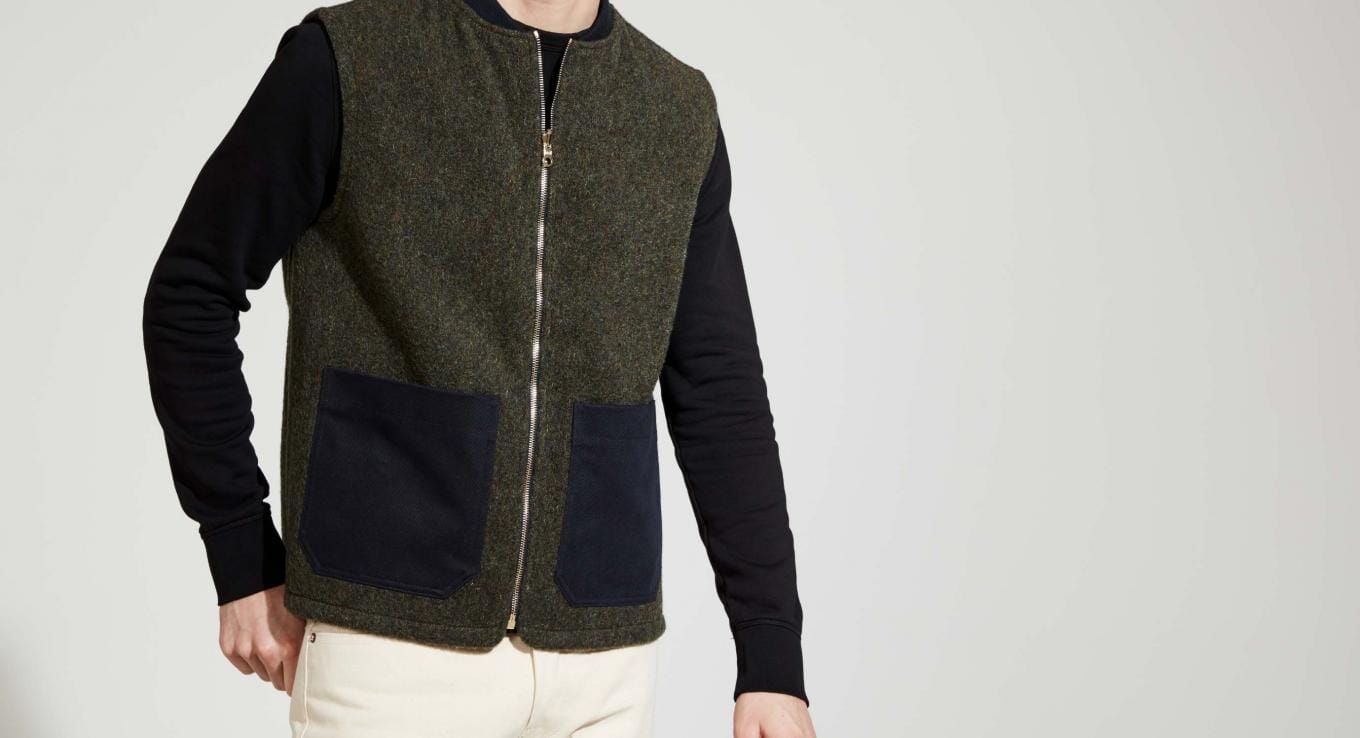 Menswear is seasonal. Reality isn’t. This has become a little bit more obvious in the past week or so where London, and the whole of the United Kingdom for that matter, has fallen under a cloud of colder temperatures. With a daily weather forecast that changes by the day, you need to be hedging your bets when it comes to getting ready on a morning. This, of course, means you need to be brushing up on the art of layering, and investing in a few all-weather ready pieces. Which is why we thought we would point you in the direction of the latest winter-ready outerwear collection from British-based brand The Workers Club.

Despite being a relatively new name in the wide world of men’s outerwear, The Workers Club is a brand with an interesting back story and considerable design experience. Husband and wife team Adam and Charlotte Cameron founded The Workers Club with a vision of long-lasting style and quality and a collection of menswear that represents the immortal ‘buy less, buy better’ formula. 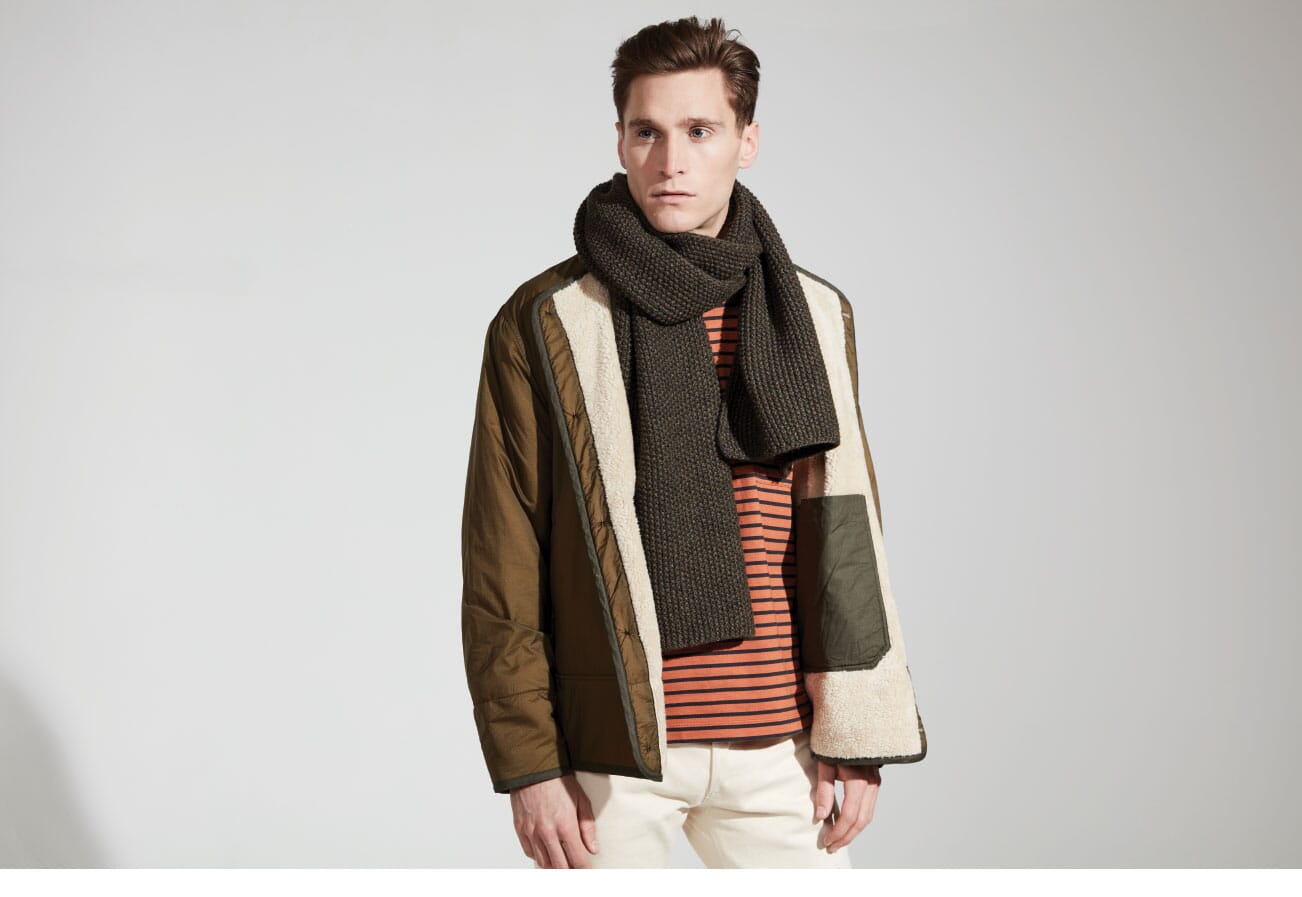 Both are industry veterans, having spent their careers designing for luxury and high-street brands respectively –  Adam was previously the head of menswear at Dunhill and also lead the design of the Kingsman collection at Mr Porter. Despite the amalgamation of ideas, and the impressive experience that the pair possess, it is the product that is the most interesting element of The Workers Club – or more precisely, the concept.

“The entire concept of The Workers Club comes from having a piece of outerwear that can do it all,” says Adam. “We noticed that most outerwear is too heavy to be worn most of the year – and you end up needing two of three pieces just to get out of the door in the morning.” 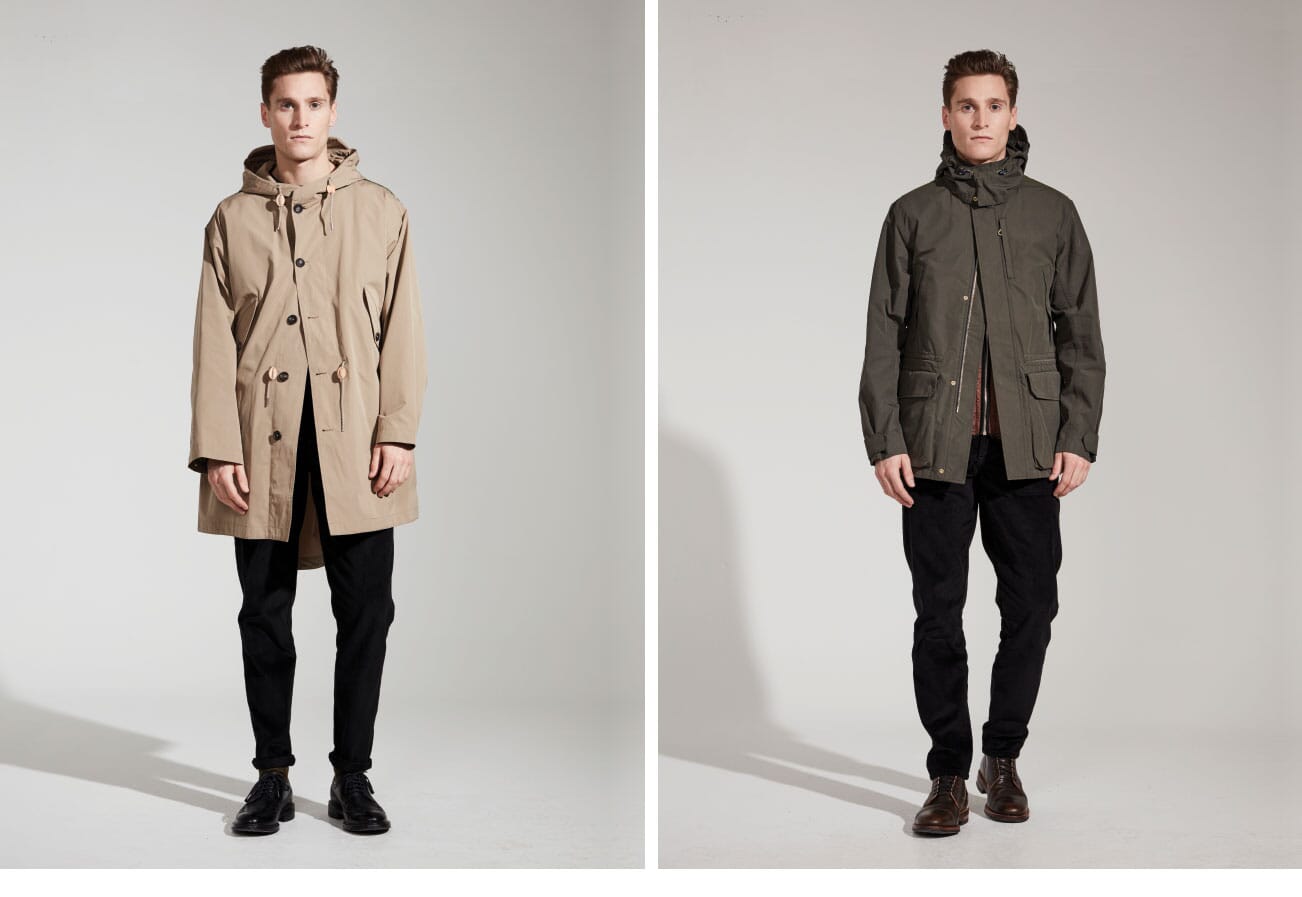 “That’s why we began with the pretty basic idea of making a shell jacket that has the ability to have different layers zipped into, making it much more versatile.”

The Workers Club's simple, albeit incredibly smart, Shell Jacket is made from a water-repellent cotton canvas with taped seams, a removable hood and a range of understated functional details such as the perfectly placed chest and hand-pockets. The water-repellent shell can be enhanced by zipping in a gilet or a dependable parka liner. This pushes the outer shell from a lightweight autumnal piece of outerwear to a dependable jacket for winter, too.

"The concept of essential mid layers and liners is something we're particularly proud of. Which is why it is a concept that inspires other items in the collection, such as the down-filled bomber," Adam adds.

"It zips in the same way, and it is also made reversible between a hard-wearing cotton drill and a water-resistant microfibre."

"In pursuit of creating the ultimate men's wardrobe, we're trying to ensure that every box is ticked; performance, practicality and precision. It's those details that inspire us to make all of our pieces as practical and functional as possible." 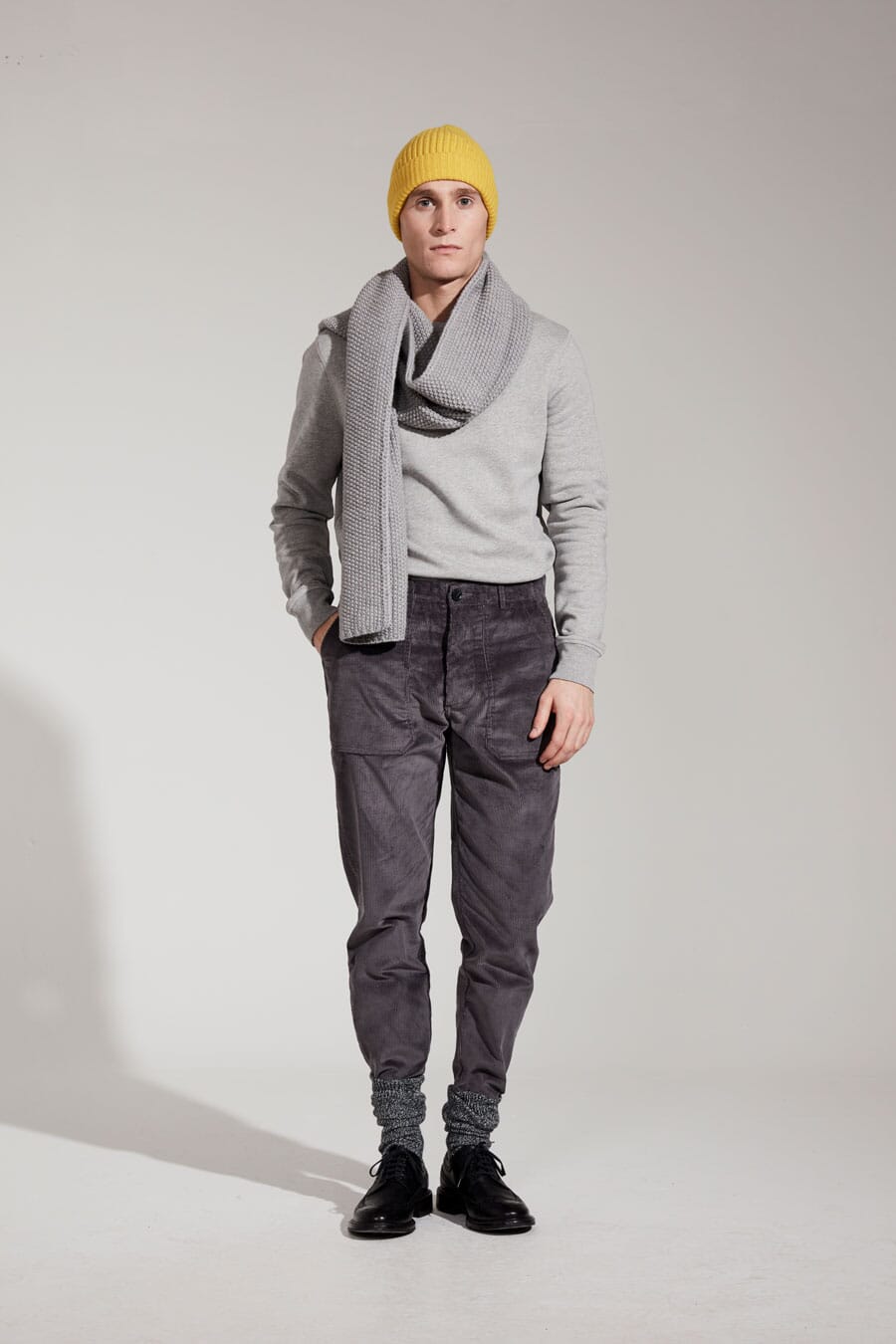 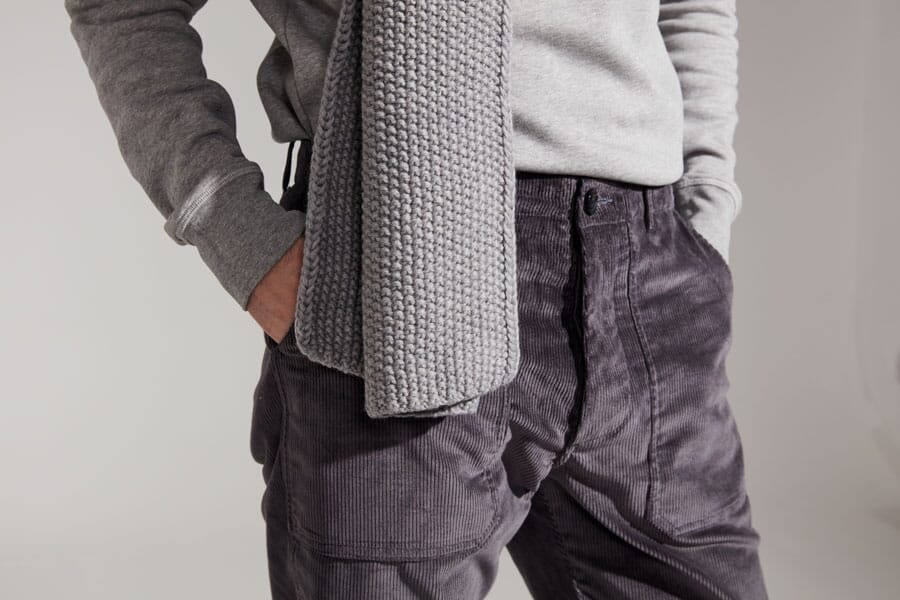 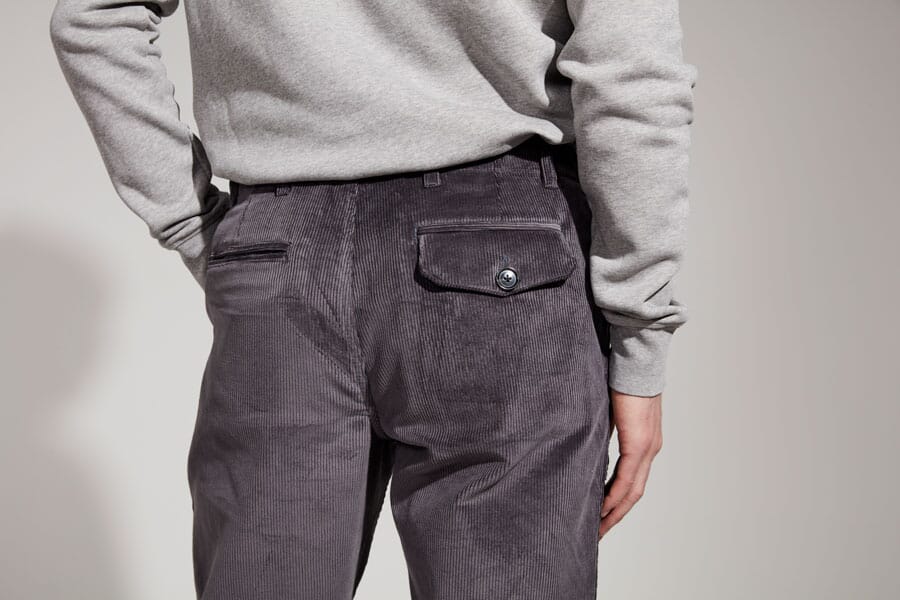 The level of practical detailing soaks into the smaller details of The Workers Club's outerwear collection – from the Riri zips and adjustable button cuffs – as well as the lighter, more casual jackets including the Japanese Selvedge Denim Jacket to the Reversible Parka Liner. In the three years since the brand’s initial conception, a number of other traditional menswear classics have been given the esteemed The Workers Club treatment; from slim-line corduroy trousers and rib knit beanies to long sleeve t-shirts and English-made socks, too.

Thanks to the introduction of considered menswear classics, the new collection feels decidedly more confident than ever before. AW18 binds a stronger relationship between The Workers Club and its skilled British manufacturers through the use of home-grown fabrics and trims. The balance between clean, considered lines and ethical-focussed design is impeccable. The choice of fabrics feel luxurious, comfortable and unique, while the small details – the exquisite silhouettes and intriguing colour palettes – ensure that The Workers Club may be a relatively new name on the scene but one that is long-lasting, luxurious and wearable. 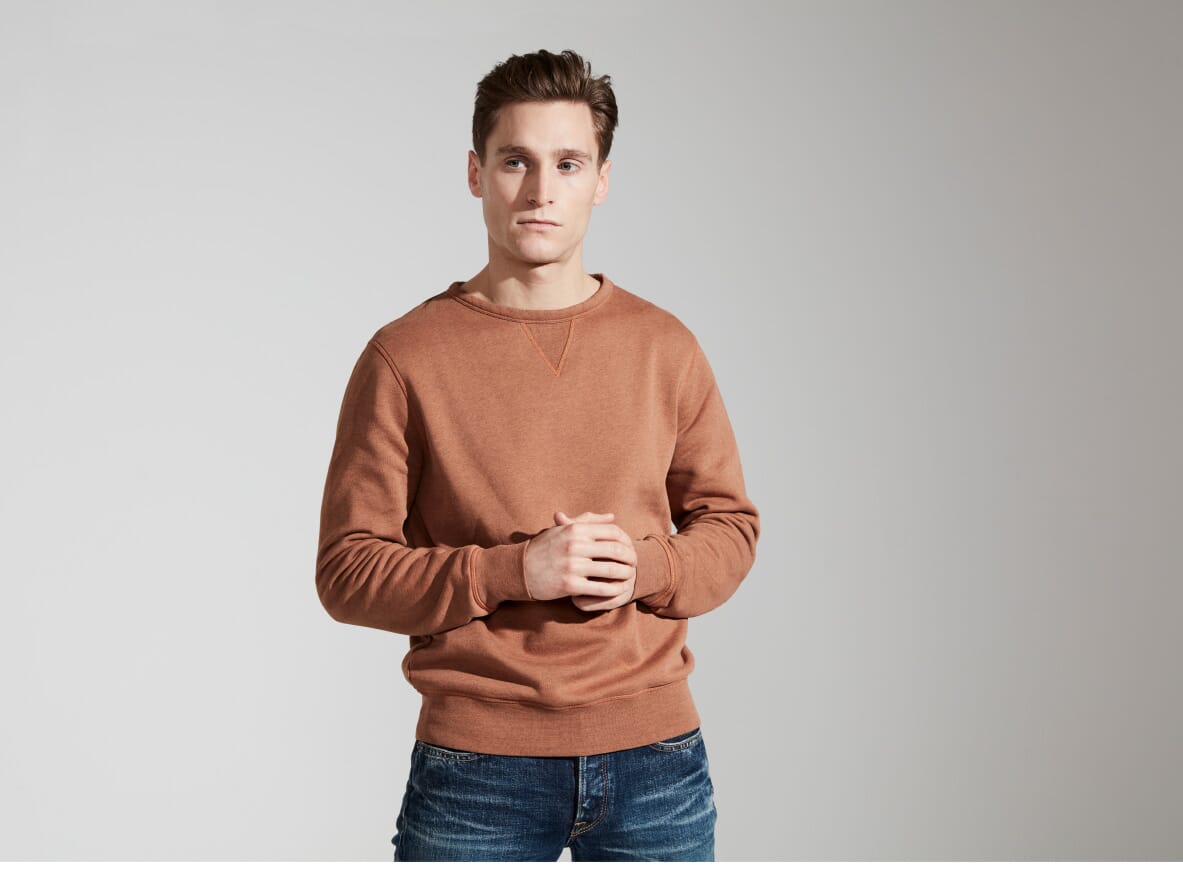 Shop and explore the entire The Workers Club collection at OPUMO.

Want more entrepreneurial insight? Check out our interview with Pelle Lundquist – the co-founder of one the best new brands in menswear, A Day’s March.