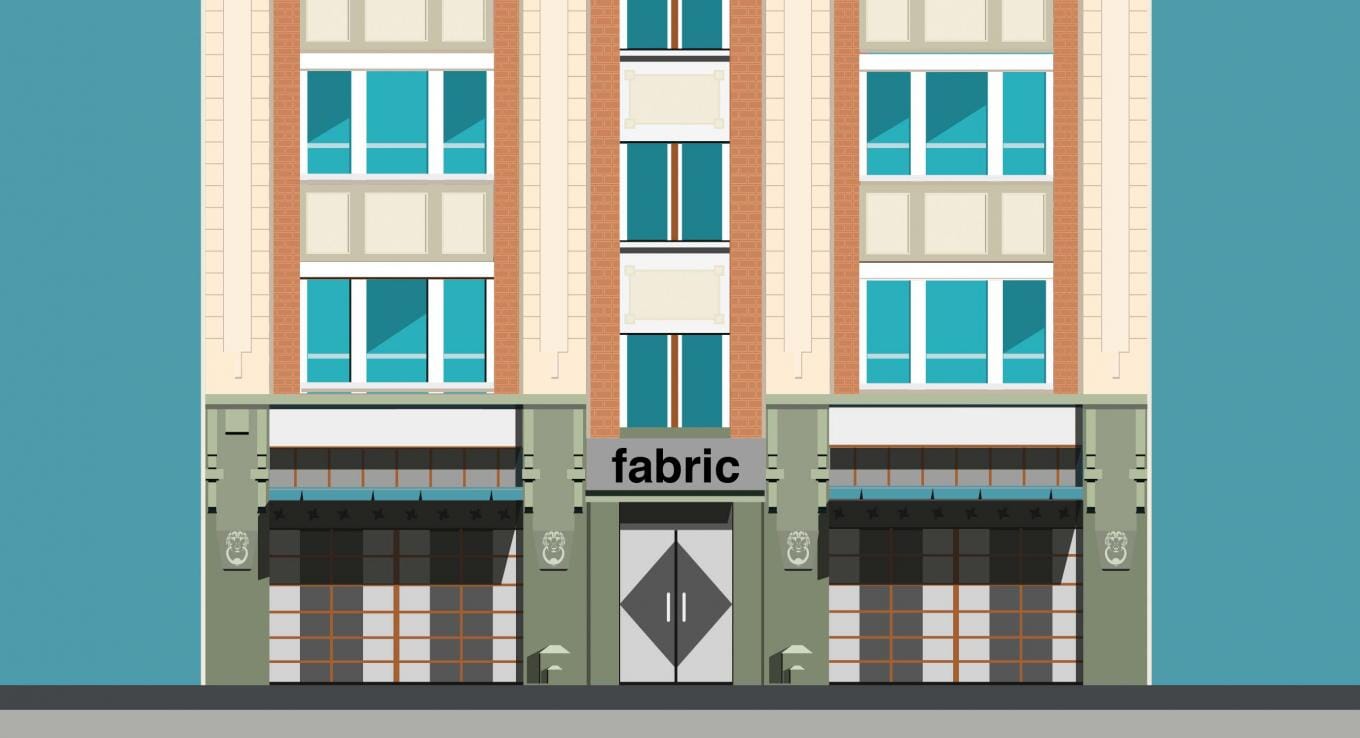 You probably have that one night that you’ll remember forever. Maybe it happened in a club, theatre, restaurant or even outside, but no matter where it happened, you feel some sort of connection to the location. For Pablo Benito, the artist behind PeBe, all of these memories have instilled the world’s greatest clubs with an energy that’s difficult to put into words so, naturally, we asked him to put it into words.

Thousands upon thousands of stories and memories have been made inside each of these venues which has acted as a creative hub and the centre of a community. PeBe’s illustrations aim to memorialise these buildings which, for most who ever visited, are so much more than venues. While we may not all have had the opportunity to experience any of the locations, there’s something fascinating about them and it’s this fascination that inspired Pablo to offer us all an artistic tour of the world’s best clubs.

“I started this series to pay homage to a handful of clubs which had each, in their own way, transcended the time in which they were established. For many of them, their iconic status derives from the era in which their doors opened as well as the creative and refreshing outlook that they brought to the international music scene.” 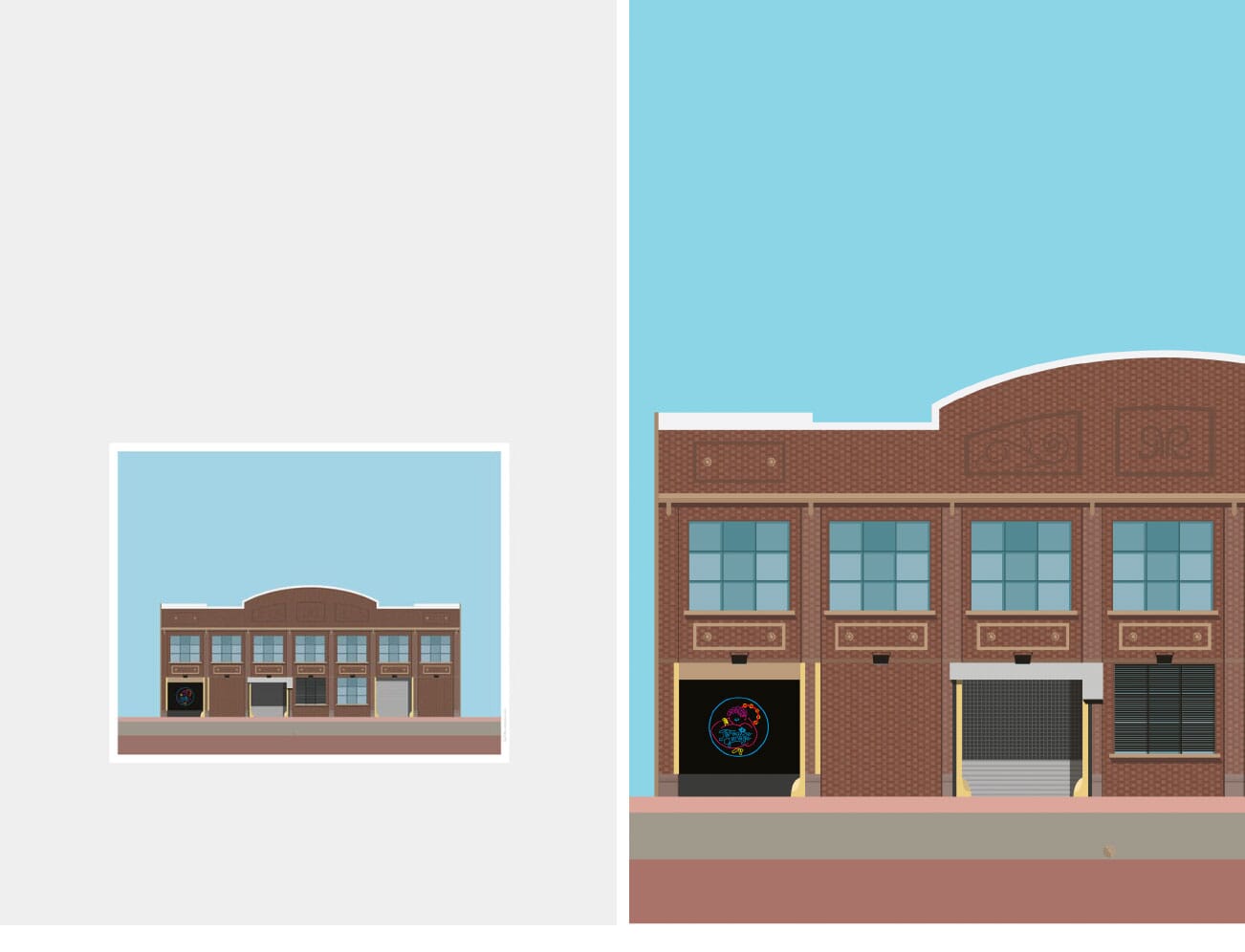 “There are obviously countless clubs around the world, but the great ones deserve to be viewed in their historical context. Unfortunately I never got to see or experience the legendary Paradise Garage but I can appreciate it for what it stood for. This building represented an entire community and their values. Outside of that, DJs like Ron Hardy pioneered the sounds of house and disco here, suggesting that they could be the foundation to an all-encompassing way of life.” 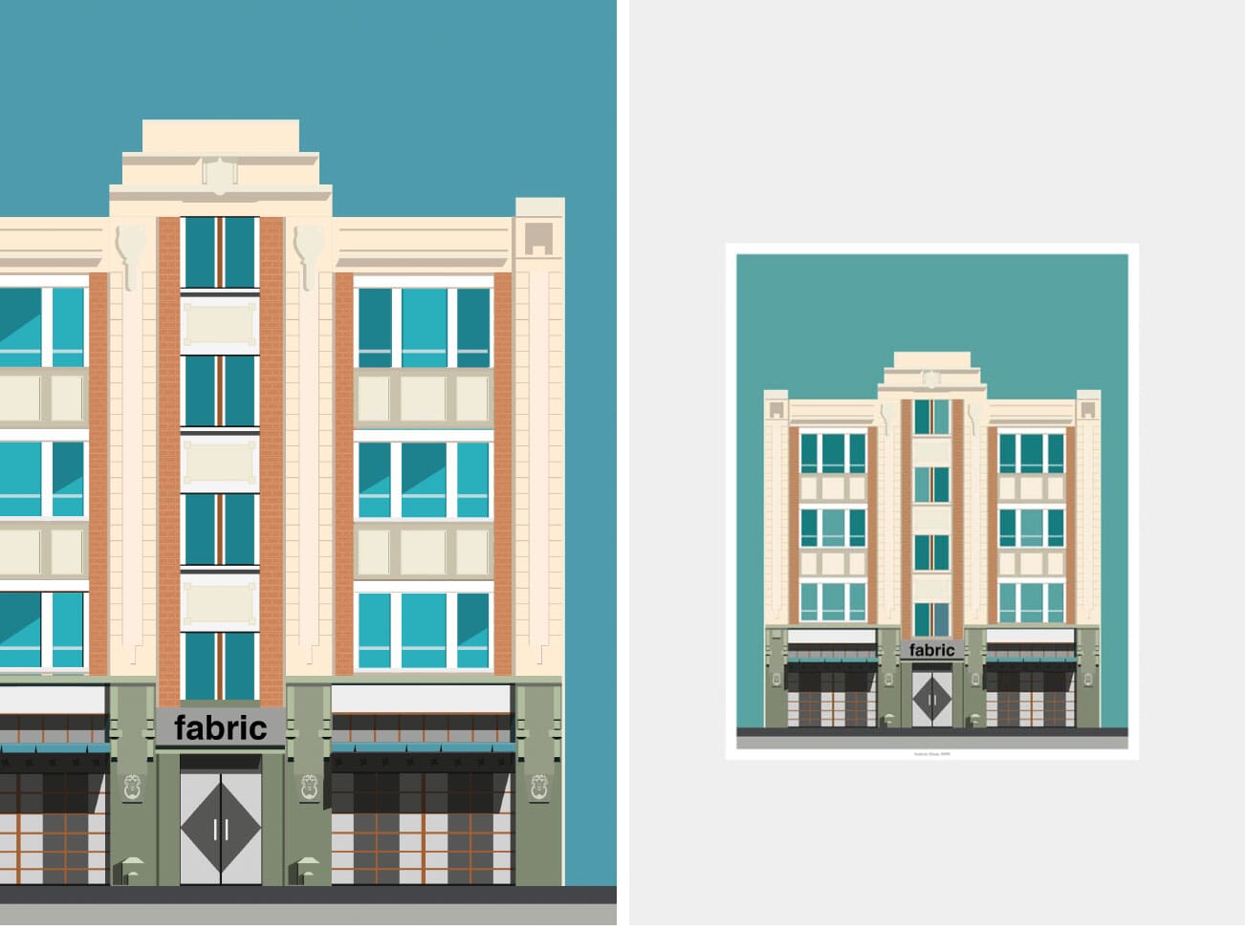 “Moving to the beginning of the century, I think Fabric was probably the most international club of them all, especially from my point of view from Spain. We saw the club in an almost mythical light. I was captivated not only by the music that would come out of Fabric but also the flyers and artistic direction of the place. I remember listening to the compilations of DJ sets and live performances that the club released each month. I think that, like most of the clubs I feature in my work, Fabric was much bigger than just a music venue.” 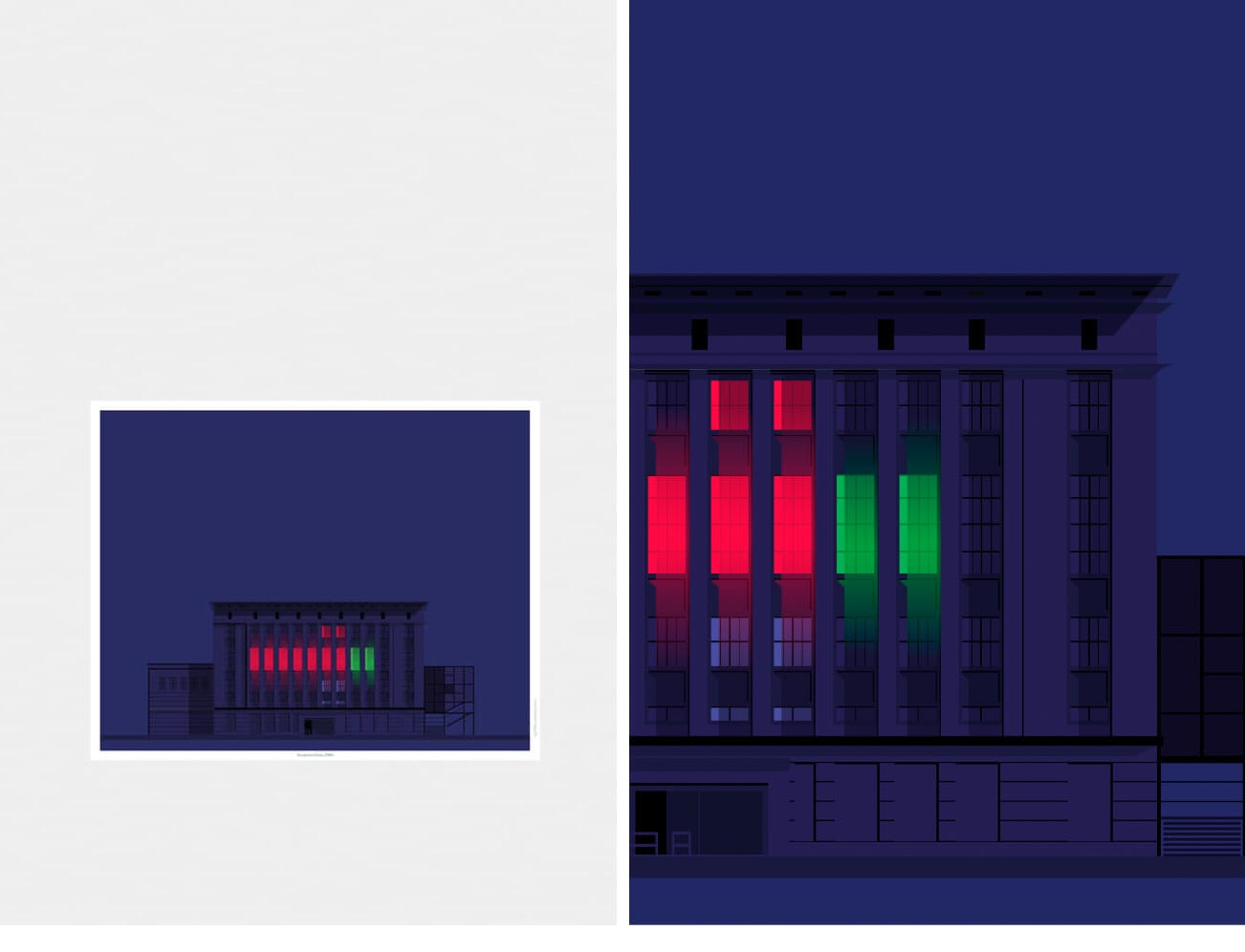 “What can I say about Berghain that hasn’t been said before? Marathons of different types, strict rules, the unimaginable list of artists that have played since 2004, the unforgettable brutalist architecture. In the best way possible, I can’t think of a more transgressive club than Berghain, maybe not so much nowadays, but in the early days. Imagine the crazy stories that we’ll never hear, all enclosed within those concrete walls.” 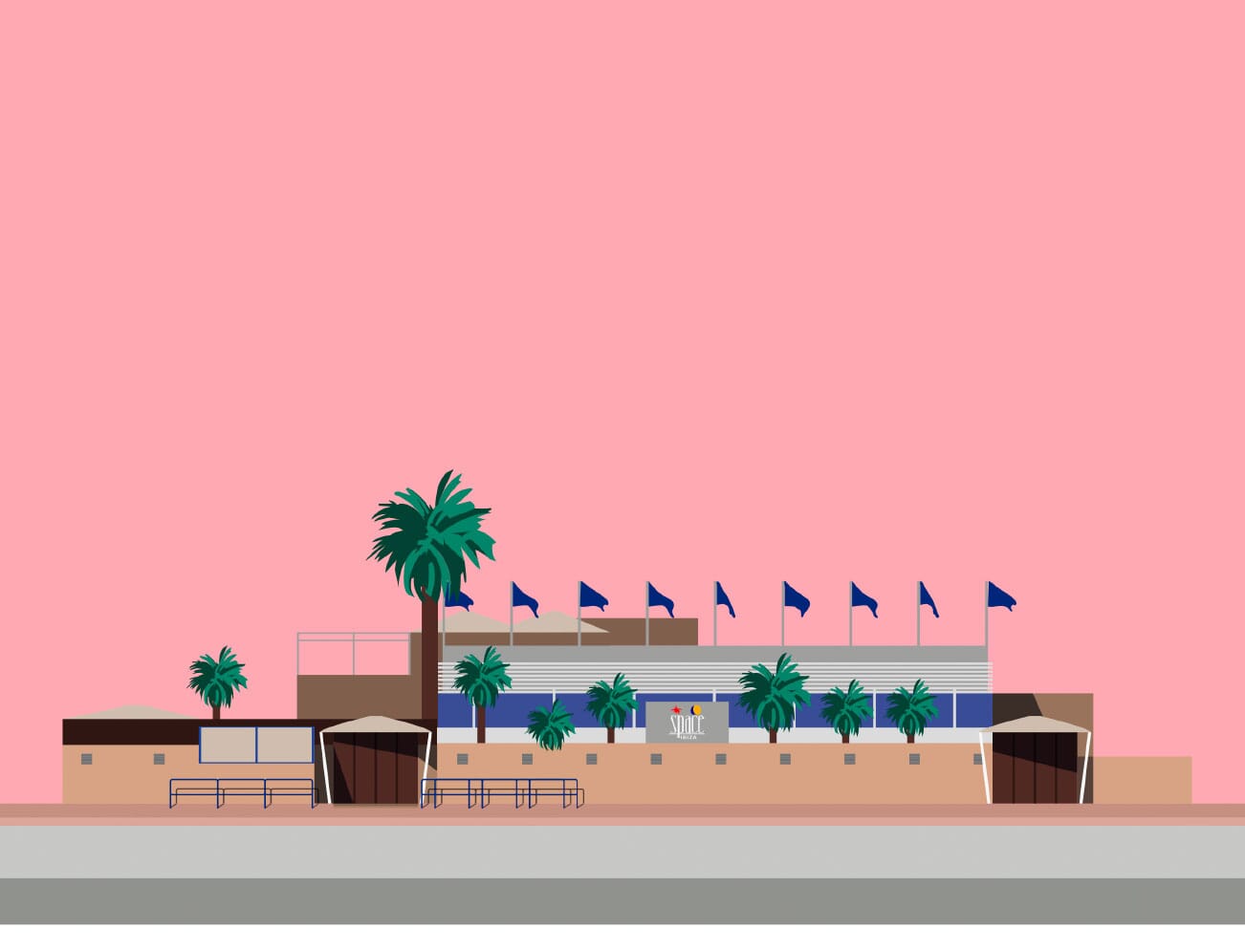 “Like Berghain, I really focus more on the earlier days of Space. Imagine partying in the Spanish sun, being able to go out after breakfast, not having to wait until midnight to start dancing. Unfortunately, I think the club changed when authorities changed the laws regarding opening times. It meant that the reason for Space in comparison to every other club was kind of lost, it was meant to be the place that was open when everywhere else was closed. For me, this club is a totem of the balearic sound.”

Shop all PeBe prints at OPUMO.

Looking for something more abstract? Take a look at our favourite abstract prints.