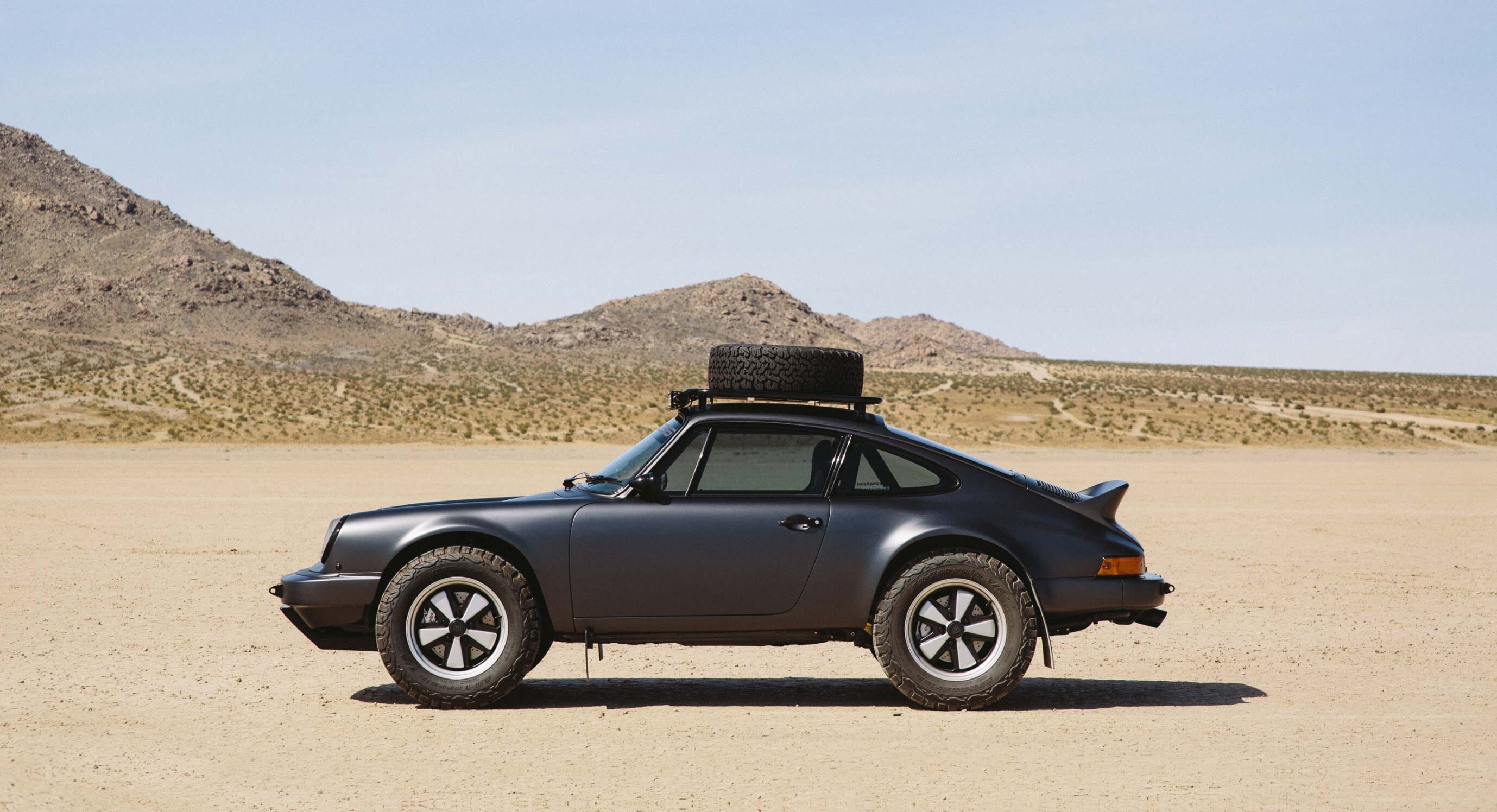 We love a Porsche 911 Carrera as much as the next mag, so when we hear that someone has reinvented the model, it really catches our attention. You can imagine our reaction, then, when we saw Kelly-Moss’ all-terrain take on this 1984 Porsche 911 Carrera. 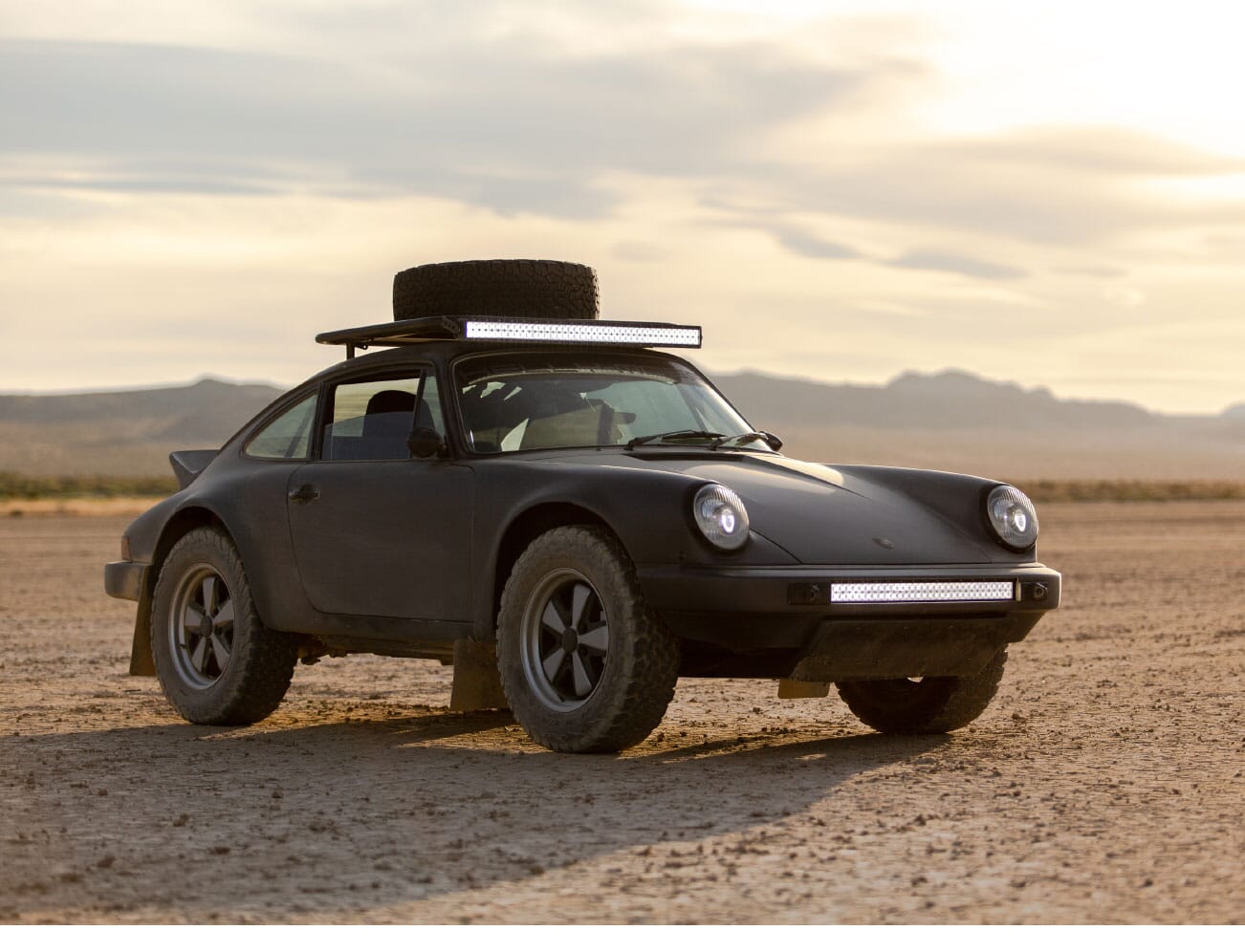 What was envisioned as being a slightly altered, bespoke build with a few personal touches became something altogether more exciting. A simple suspension change, new lights, wheels and tires quickly evolved into a game of ‘what if…’. After a long time brainstorming, the final brief was: the most understated, modest Safari build ever made by Kelly-Moss while still being completely over the top. 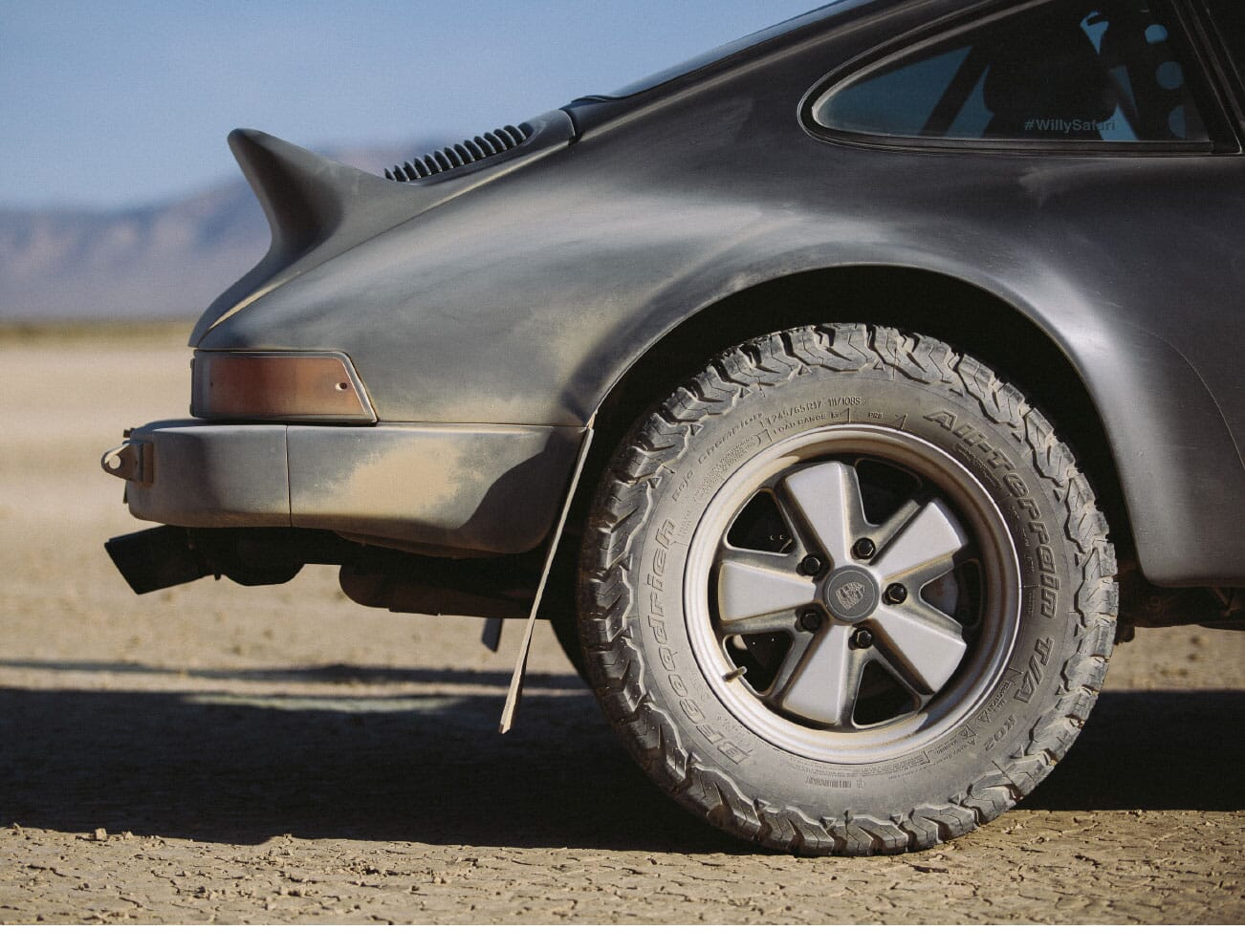 From start to finish, the 1984 Porsche 911 Carrera Safari transformation took 10 months. During this time, every piece of the car was taken apart, replaced, renewed, rebuilt or reimagined. One of the hardest jobs was to make the wheel wells 2 3/4” larger while maintaining the stock radius so as to appear unmodified to the untrained eye. The larger wheels and tires also required 5” to be removed from the front inner wheel well to aid in sterling lock and side-to-side clearance. 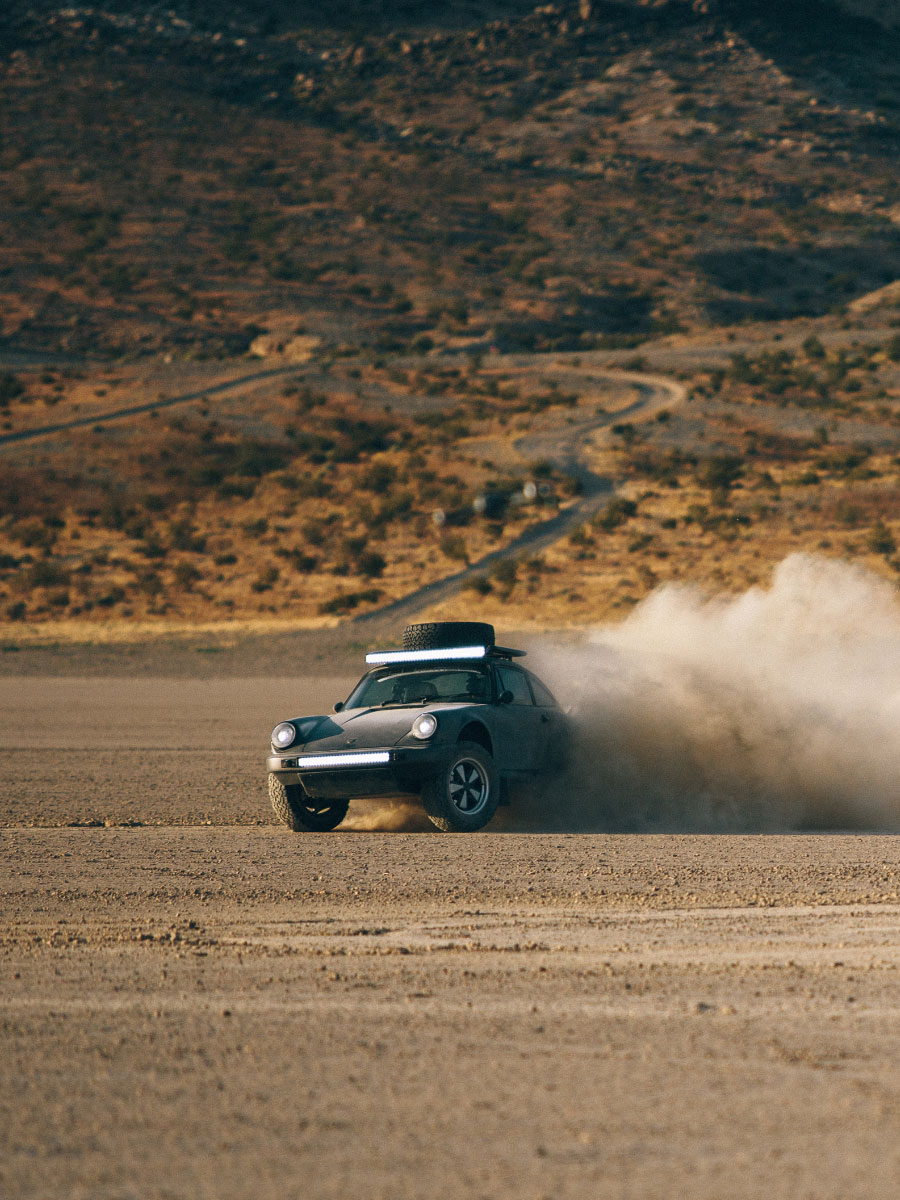 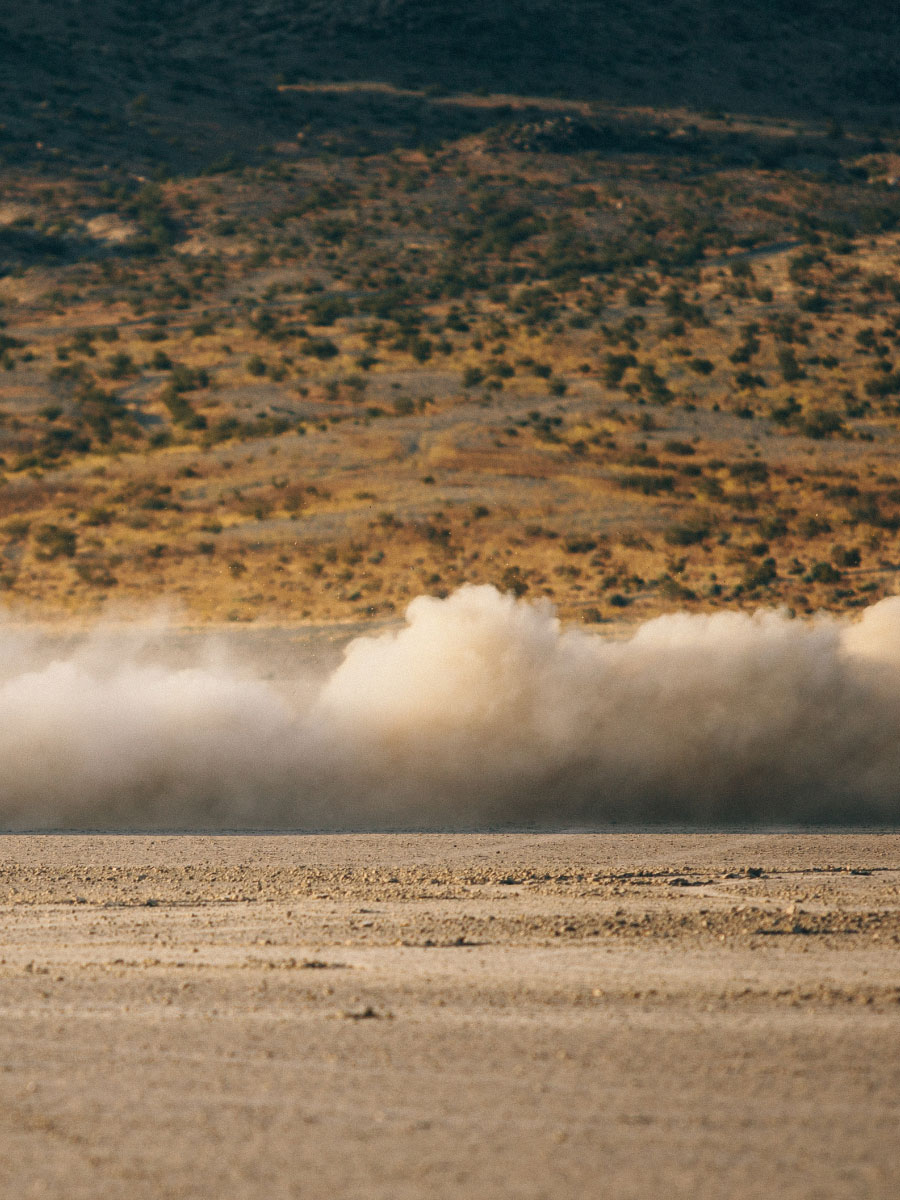 At first sight, this 1984 Porsche 911 Carrera is a bold build, and that’s not wrong. A closer look though will show that many of the one-off features are muted, subtle and unique. It’s these details that really set it apart from other Safari builds. Take the matte black paintwork for example, while the machine is obviously built for adventure and doesn’t hide it, it equally doesn’t attract any unwanted attention. This is without a doubt the most tasteful Safari build that we’ve seen. 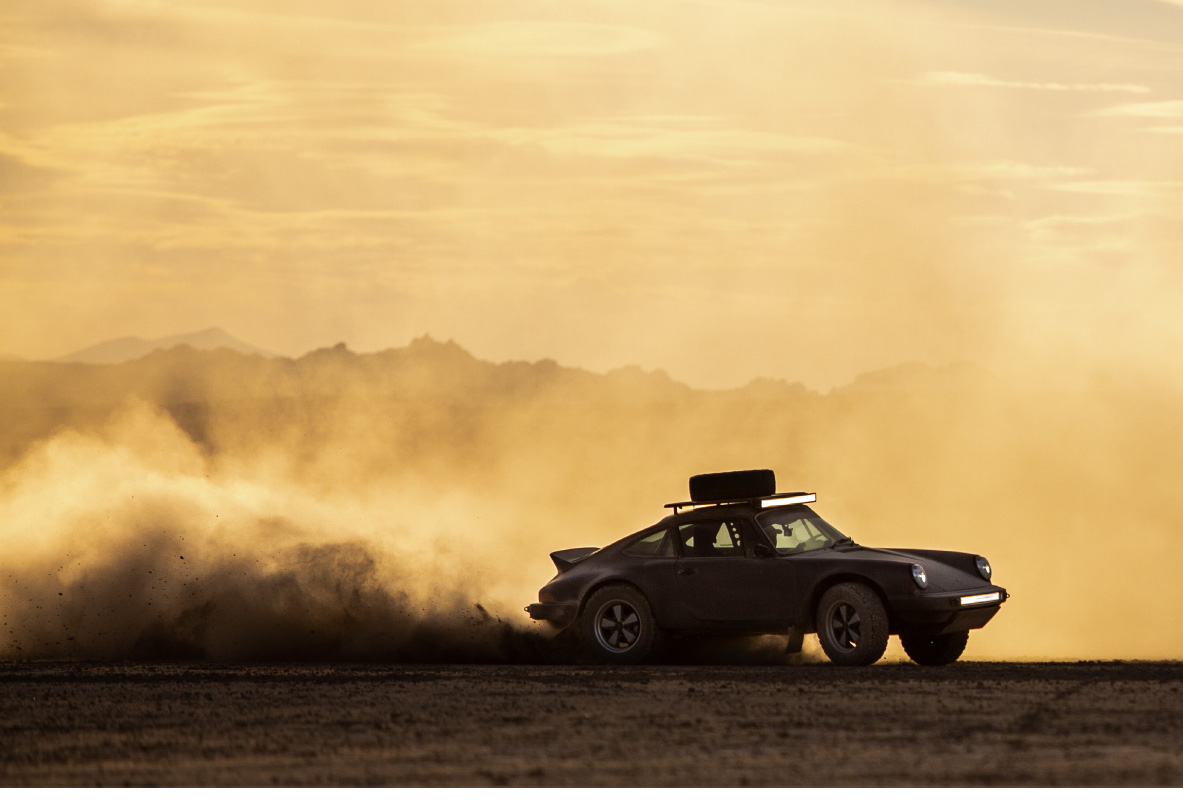 Can't get enough Porsches? See what you think of this 1993 Porsche 964 Carrera 4 Cabriolet.