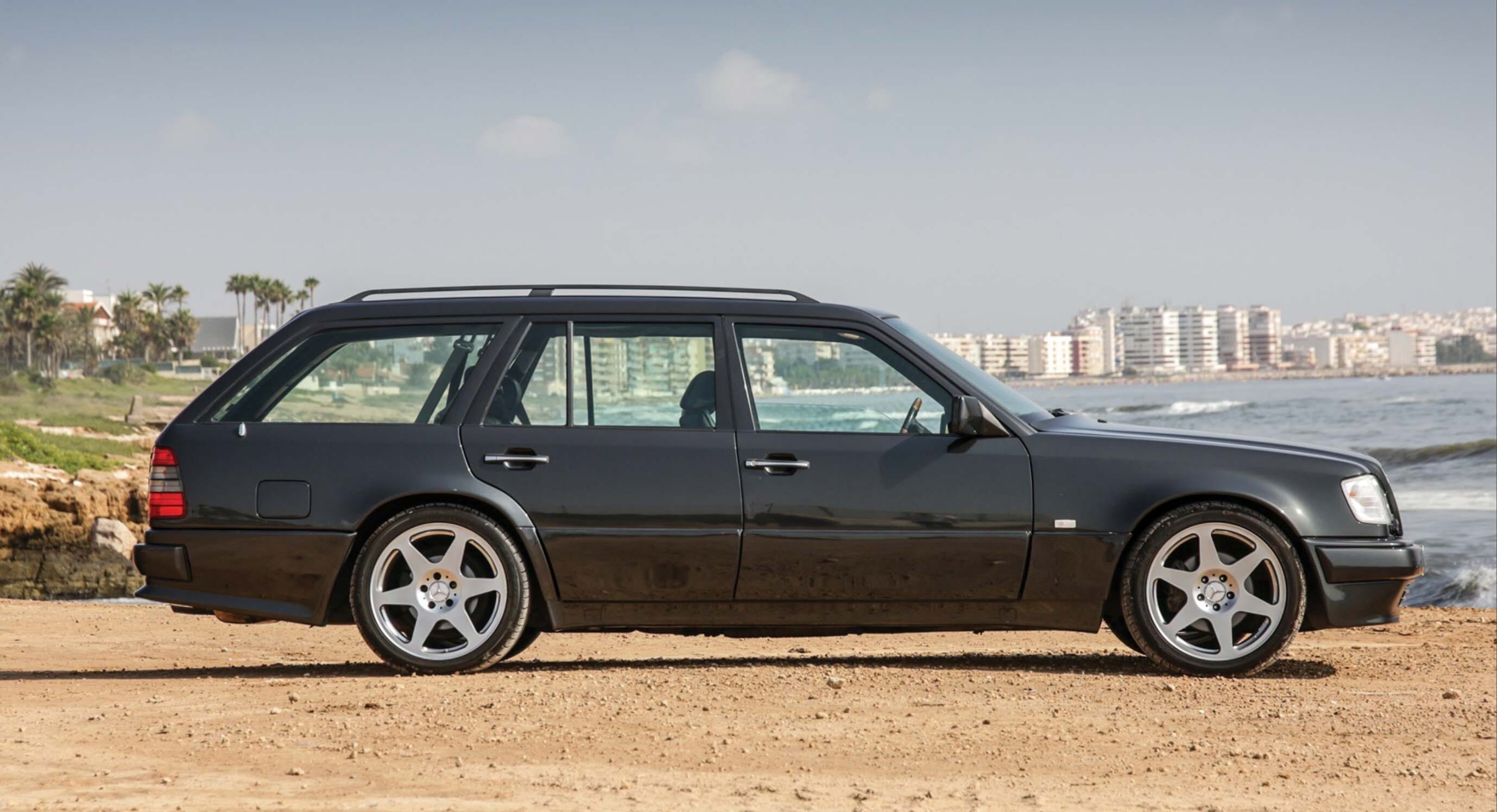 Sam Hancock’s take: “If you love the look but don’t have the financial fire power to own the real deal, then this Mercedes-Benz E36 AMG might be the car for you. Born as a standard 320 and upgraded later in its life via aftermarket tuners, it’s lacking the engine and drive train that really defined AMG’s version, but it’s also lacking the whopping price tag of the real thing. More ‘show’ than ‘go’.” 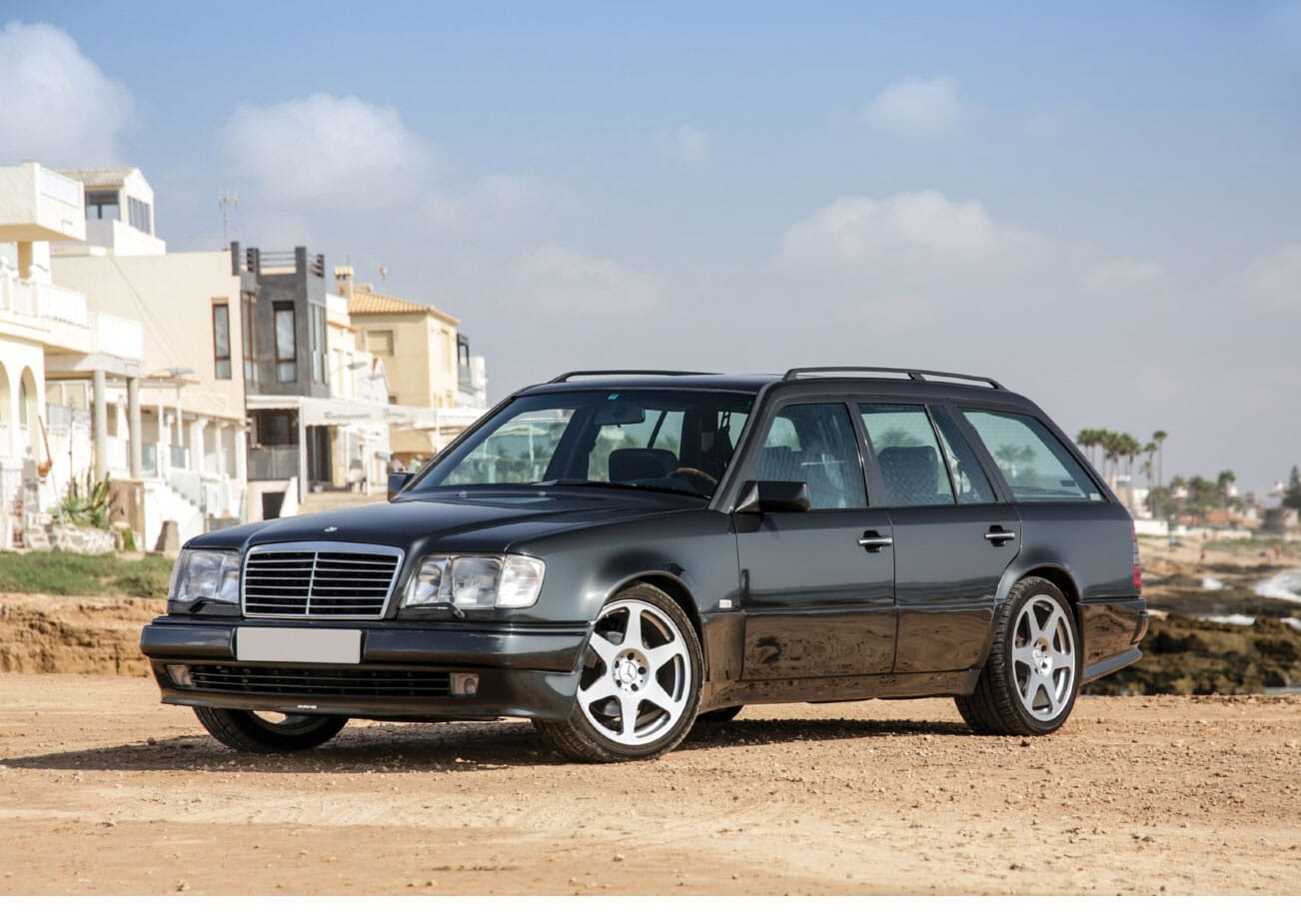 Founded in 1967, AMG began life building racing cars based on the Mercedes-Benz E-Class to compete in European touring car series. Having introduced the “Hammer” in 1986, the company reached almost overnight recognition. The “Hammer” was a W124 E-Class that made use of a Mercedes-Benz 5.6-litre V8 that produced 365bhp. This kind of power meant that the midsize sedan was the world’s fastest car at the time. 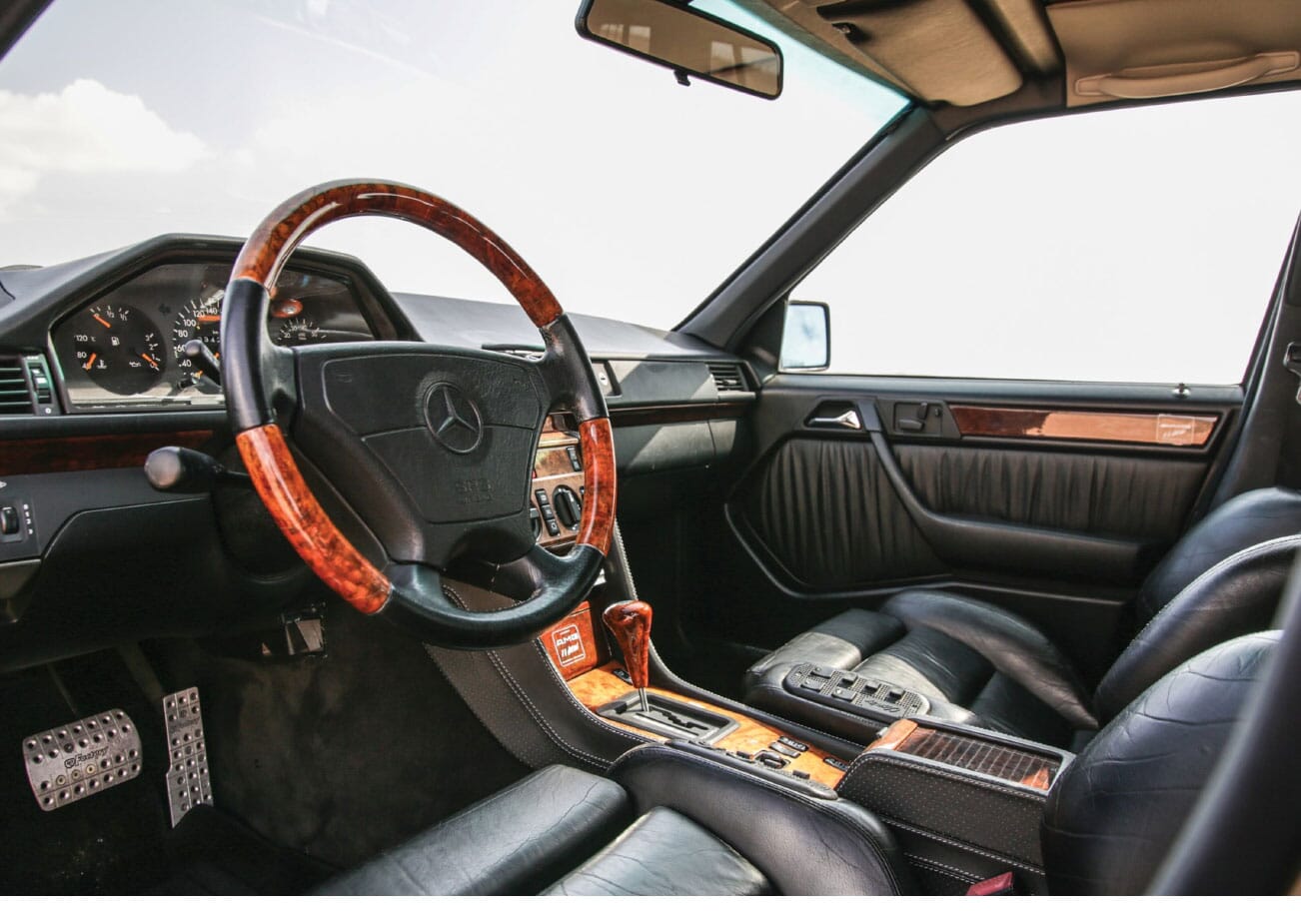 This 1993 Mercedes-Benz E36 AMG was born as a 320 TE in December 1992 and delivered to Japan. In Japan it was converted to AMG specifications and finished with blue-black metallic paintwork that matches the all-black interior.

There were many aspects that set the Mercedes-Benz E36 AMG apart from the crowd. Aero aids gave the car a 0.25 Cx coefficient of drag while wheel, tyre and suspension modifications provided the handling needed to match the power. 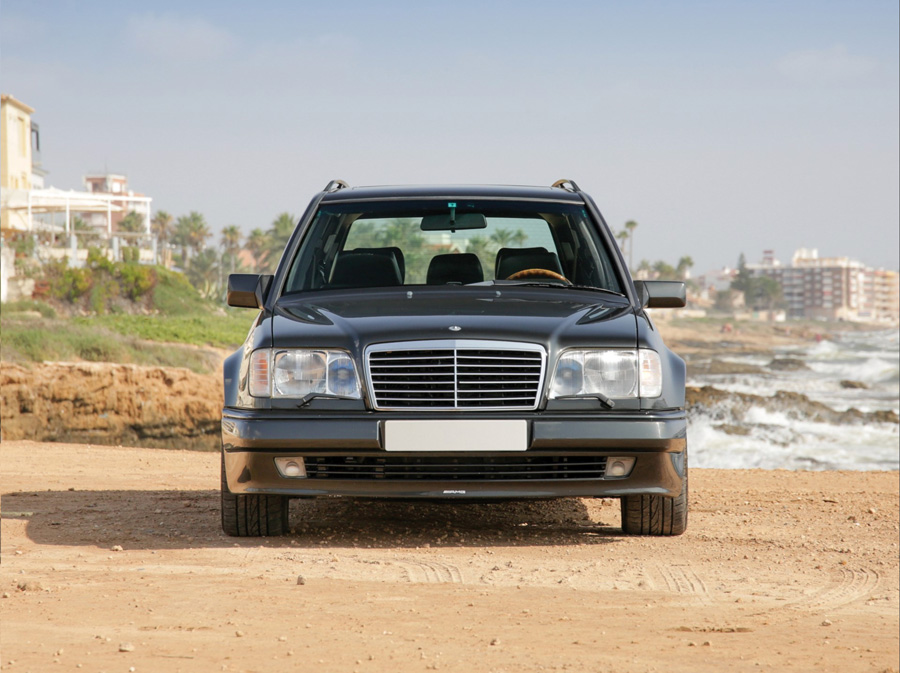 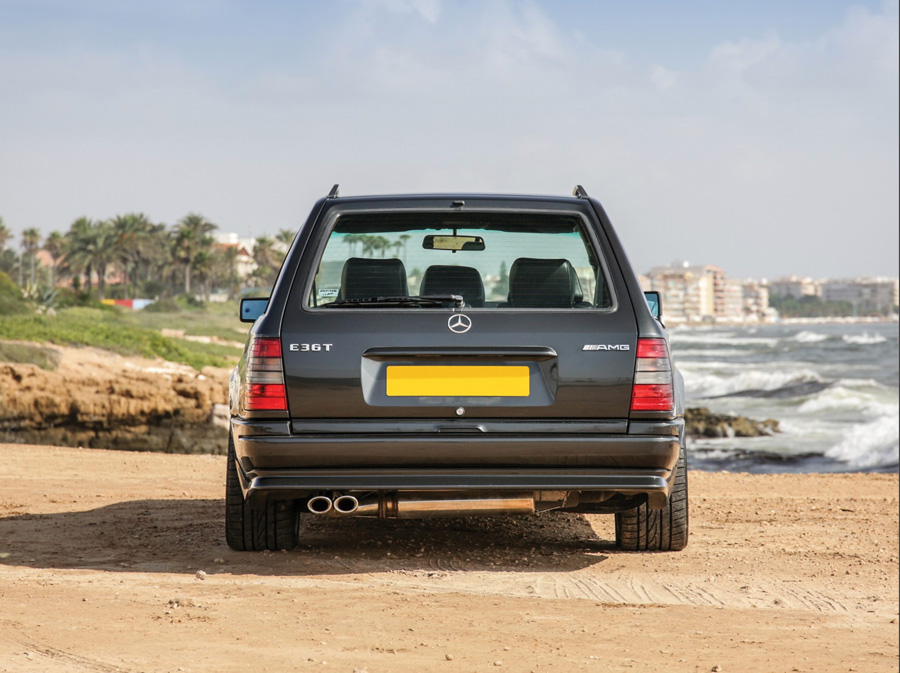 Although AMG never released production numbers, it’s estimated that this model was built in very limited numbers due to the high production costs. This example, although not an original, presents a great opportunity to relive the rush of the original Mercedes-Benz E36 AMG. 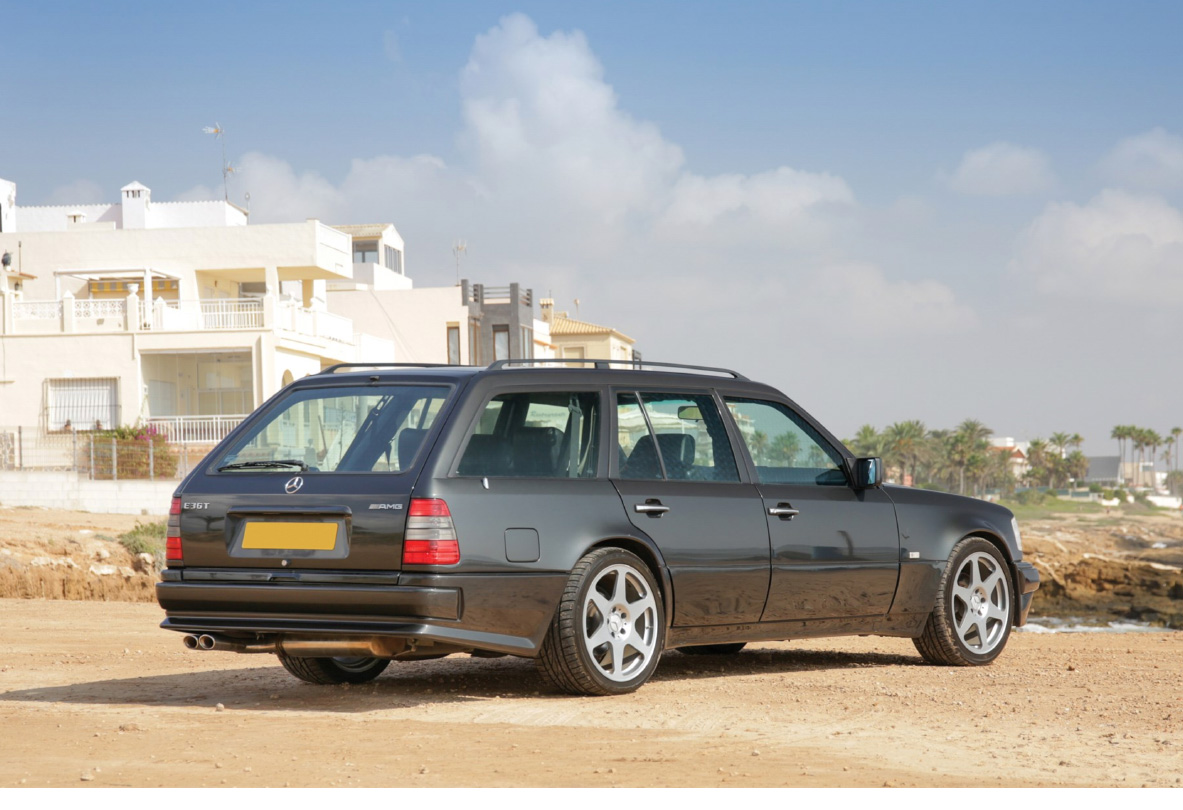 This Porsche 911 Turbo needs an experienced driver to tamer the unruly power.