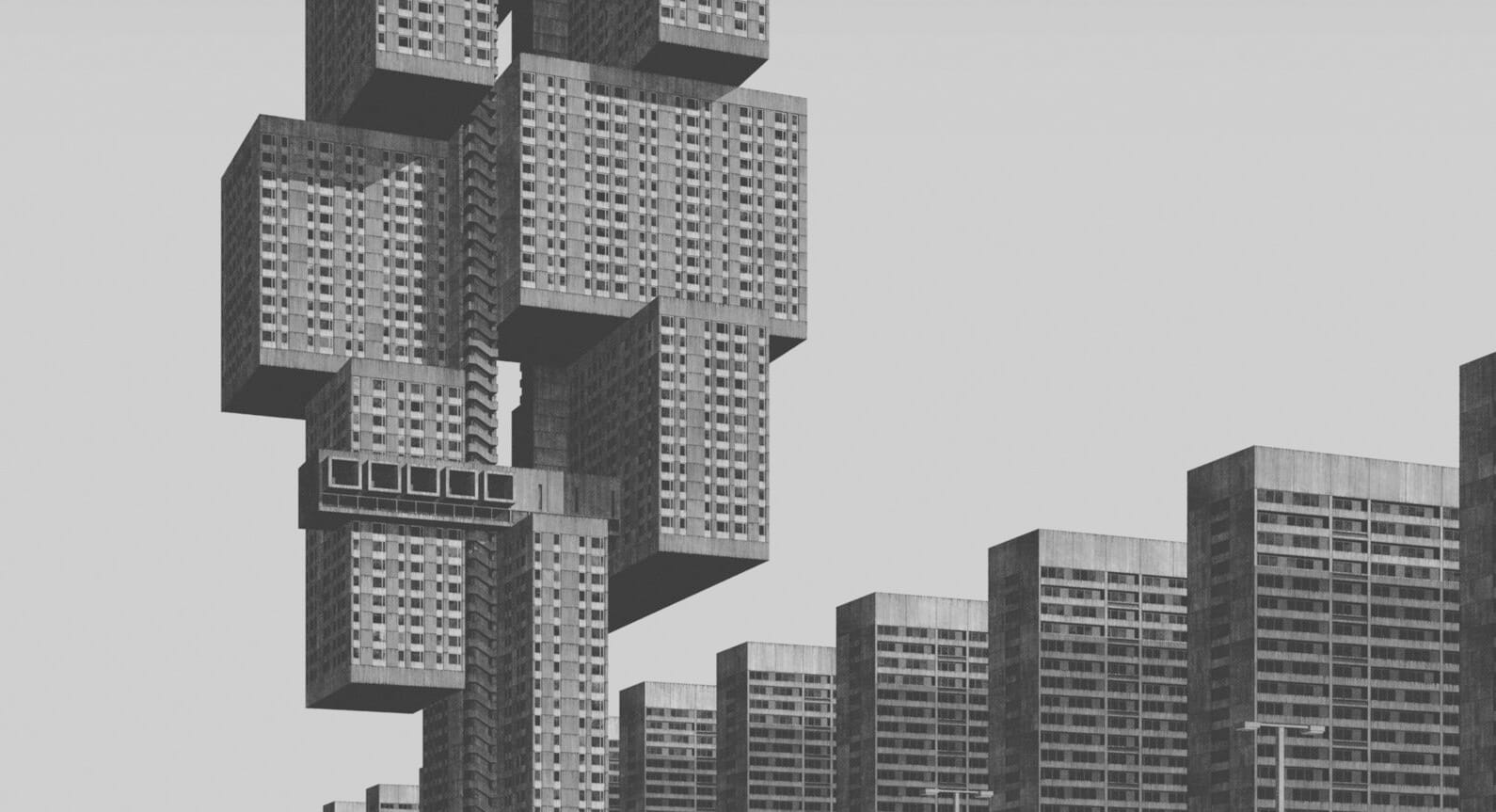 Take concrete, build upwards. Result: Utopia. That, you might say, was the recipe of 1960s brutalism, an architectural style that was a logical extension of modernism, celebrating its materials and providing an idealised manmade environment.

In the work of German artist Clemens Gritl, as in reality, it doesn't quite work out that way. Gritl has painstakingly worked with 3-D architectural modelling to create 'A Future City From The Past'. 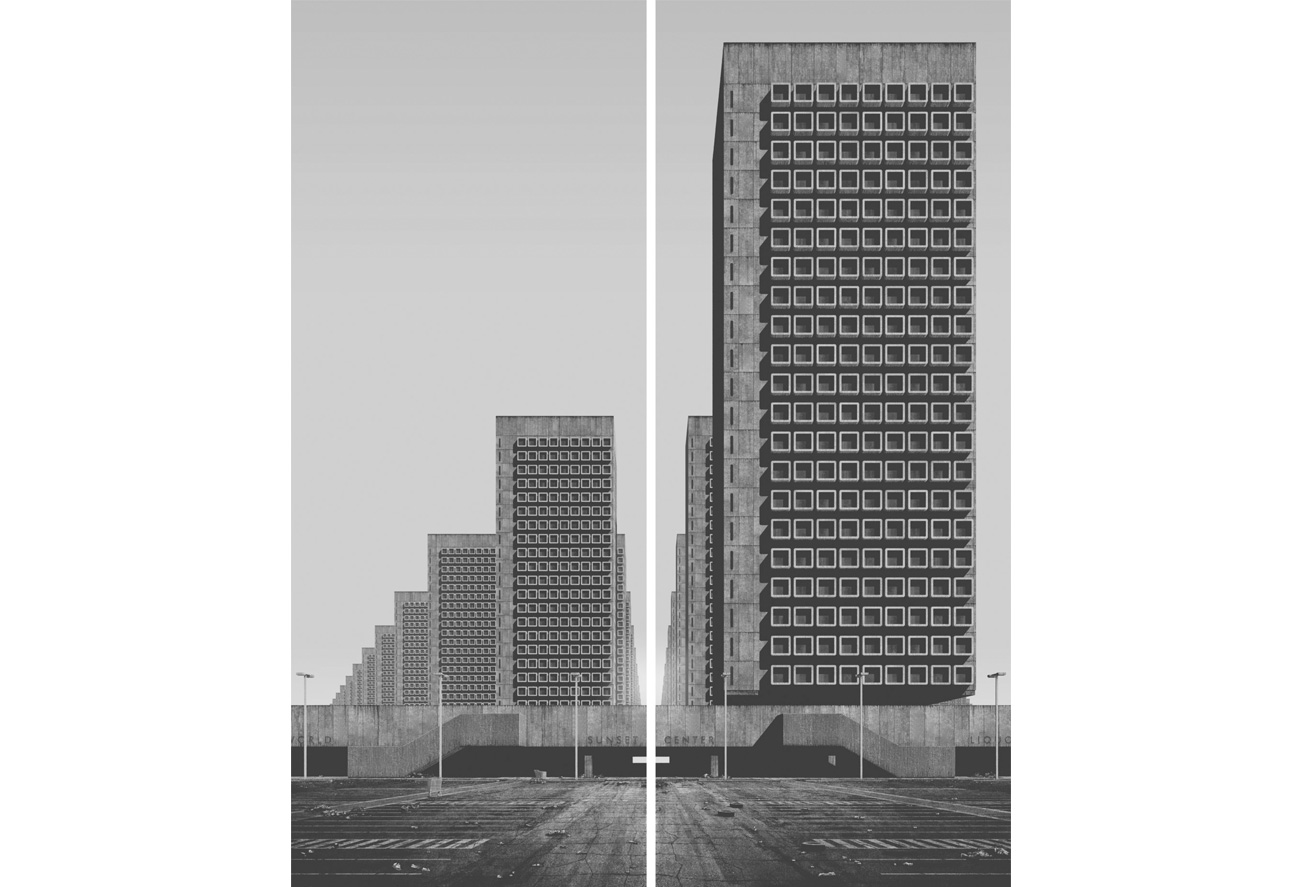 The idea sprang in part from J G Ballard's novel, 'High-Rise', later made into a cult film, in which the buildings play a critical role in shaping behaviour. Gritl takes the brutalist notion to its logical conclusion, excluding all that is natural as if humans have a better idea of what to do with planet earth than evolution.

Architectural buffs may note a striking similarity in at least one of these images with the realised buildings of Erno Goldfinger, notably Trellick Tower in West London, once vilified, now restored and adored by its residents. Gritl's question is what would happen if all buildings were like this, all neighbourhoods dug up, denuded and concreted. 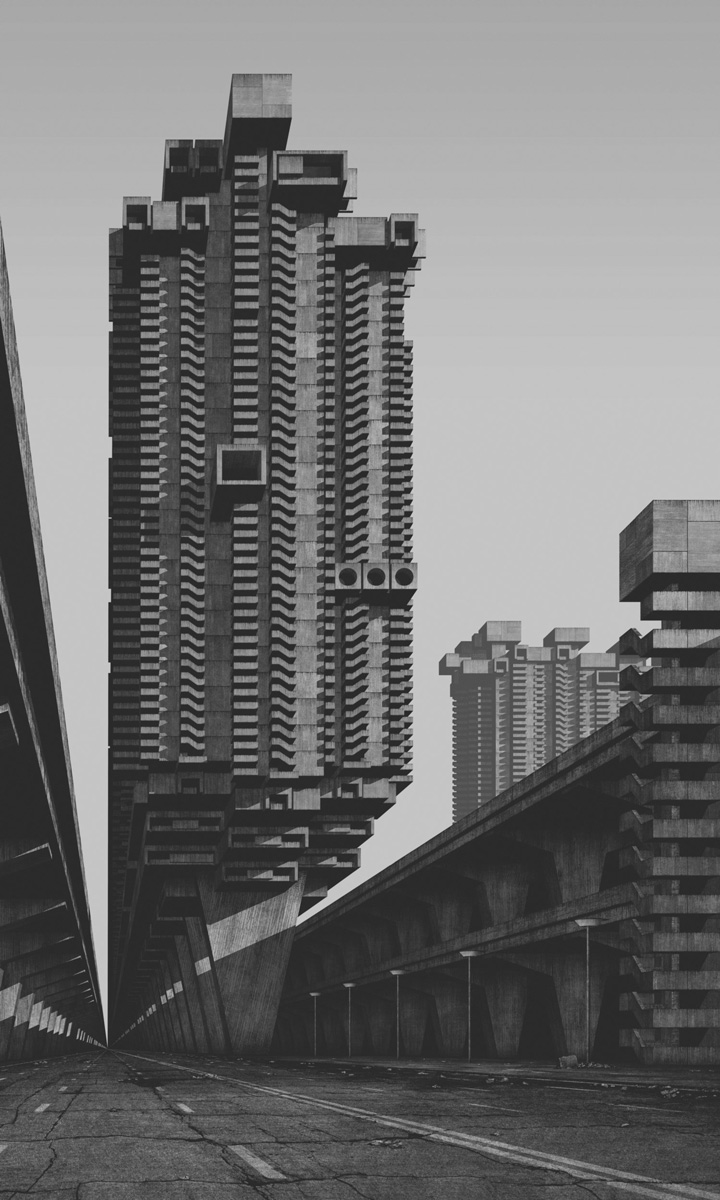 The streets of this imagined dystopia are cracked and scattered with litter. Notably there are no human beings, as if the very people for whom this supposed utopia was imagined have taken refuge against it. Indeed, there is no life at all.

Brutalism may be in vogue once more. Clements Gritl, in this compelling work, warns us not to take it too far. Dystopia awaits. Take a closer look at Clements' works by visiting his website.