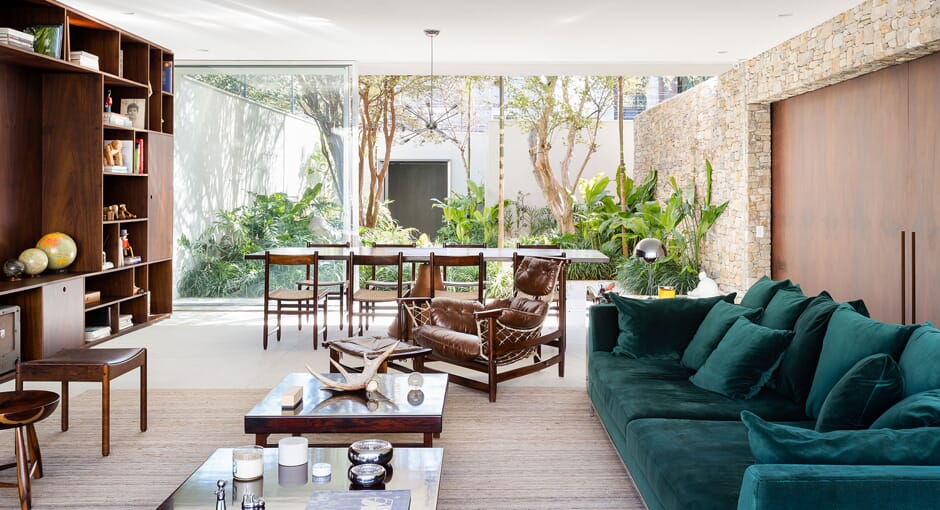 The multitude of ideal homes and modernist interiors that are discovered daily on Instagram have undoubtedly merged in your mind to form a serene picture of a dream abode. You might as well dispose of that beloved blueprint upon viewing Casa Lara by Felipe Hess.

The creation of Felipe Hess, one of the most revered conceptual architects in the world, and previously featured on the magazine, comes this simple and practical house in Sao Paulo, Brazil.

Designed to generously incorporate its idyllic surroundings, the house was commissioned by a young businessman with the sole brief of needing enough space to entertain his friends and family.

It can be said that the brief was eloquently achieved, as the front-functioning open-air lobby acts a fresh, bright anchor to the house which immediately induces a friendly, warm atmosphere.

The interior is the shining light of the whole concept, and simply one of the most stylish and understated designs to ever catch the OPUMO eye.

Everything about the interior exudes a luxurious quality, from the modernist pool that sits delightfully outside of the living room, to the beautiful green sofa that longs to be lounged on and the eloquent rooftop pavilion that surveys over 360 degrees of the city.

Architecturally, the house consists of three volumes stacked in an illusive pyramid shape, whereby the two lower facades contain the living areas and the upper volume houses three bedrooms. The three supplementary blocks were constructed from varying materials to ensure their individually stands out, namely crafted from stone, metal and wood.

Surrounding the build are two gardens which have been installed on either side of the house, one front functioning featuring tropical plants that partially screen the house from the street, while the other garden resides at the rear and includes a swimming pool and a sauna.

There you have it; The Casa Lara House- your new dearly beloved dream home. 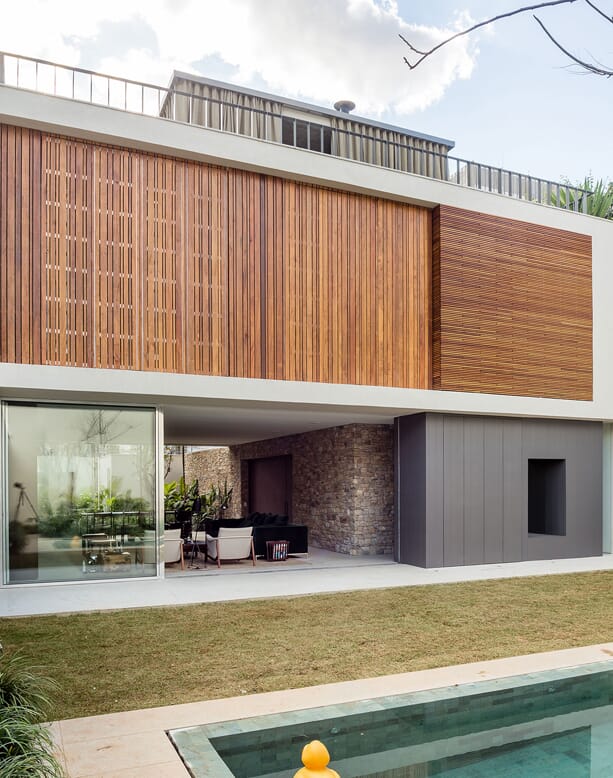 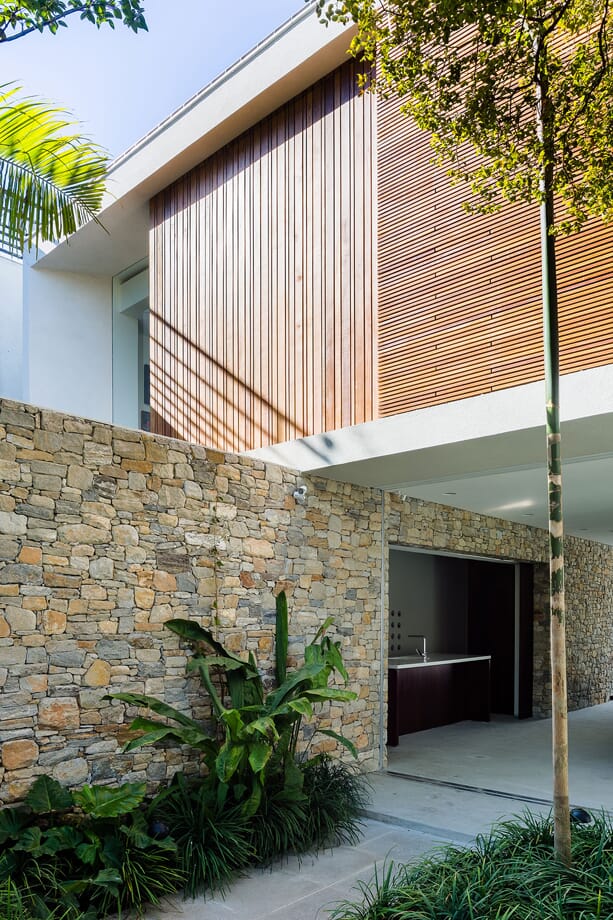 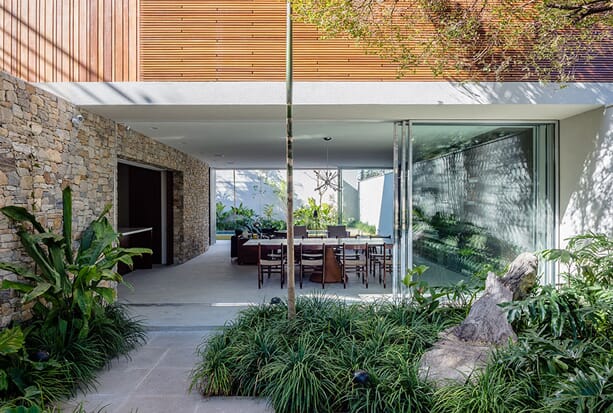 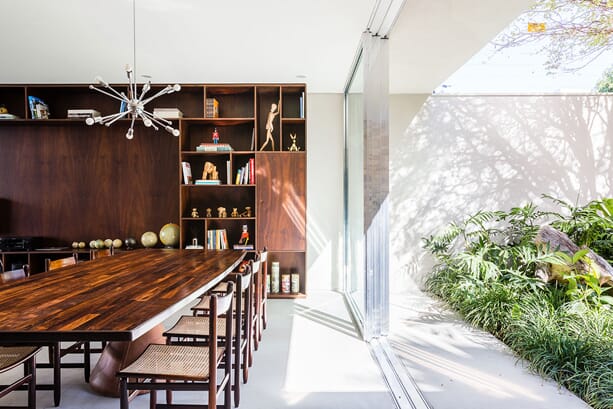 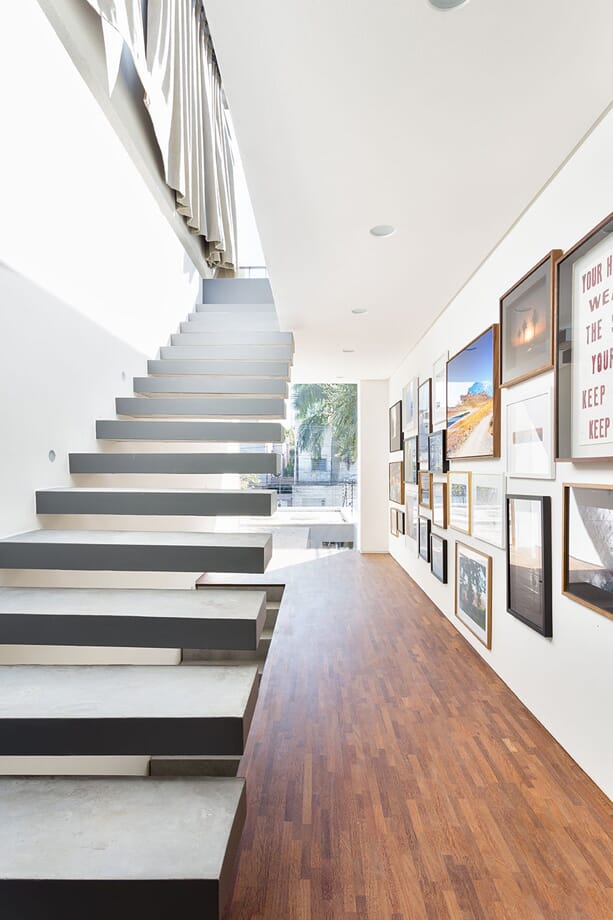 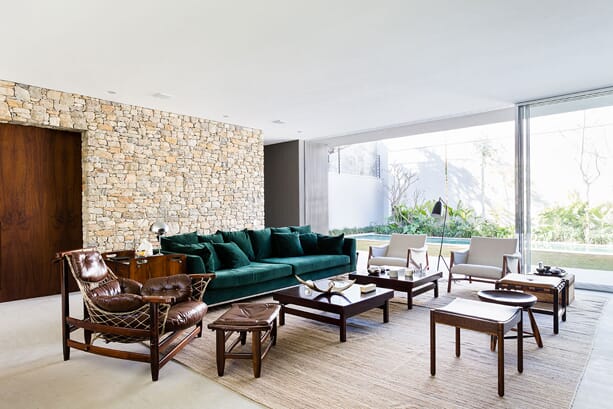 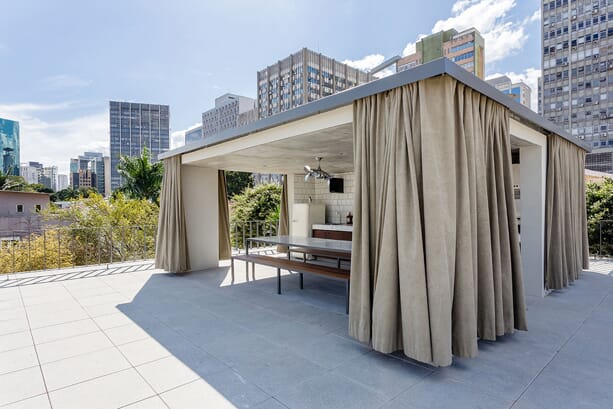 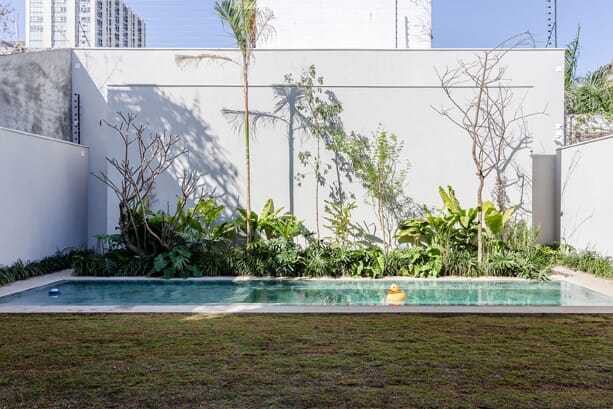