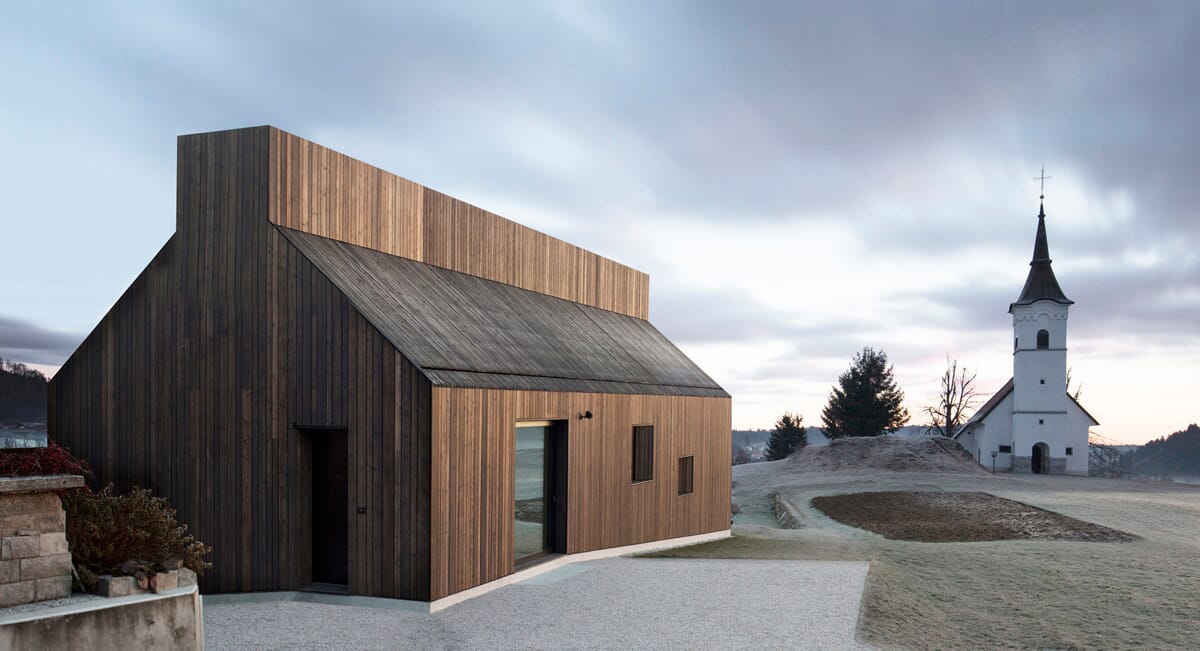 In the small Slovenian town of Logatec, Dekleva Gregoric Architects has completed a timber-clad dwelling that celebrates the role of the classic wooden stove. Taking the title of the ‘Chimney House’, the property is articulated around the stove’s prominent position, which also distributes and organises the home’s other spaces. While externally, the building’s form and scale responds to the region’s traditional vernacular architecture as well as the prominent 16th century church that sits adjacent to the Chimney House. 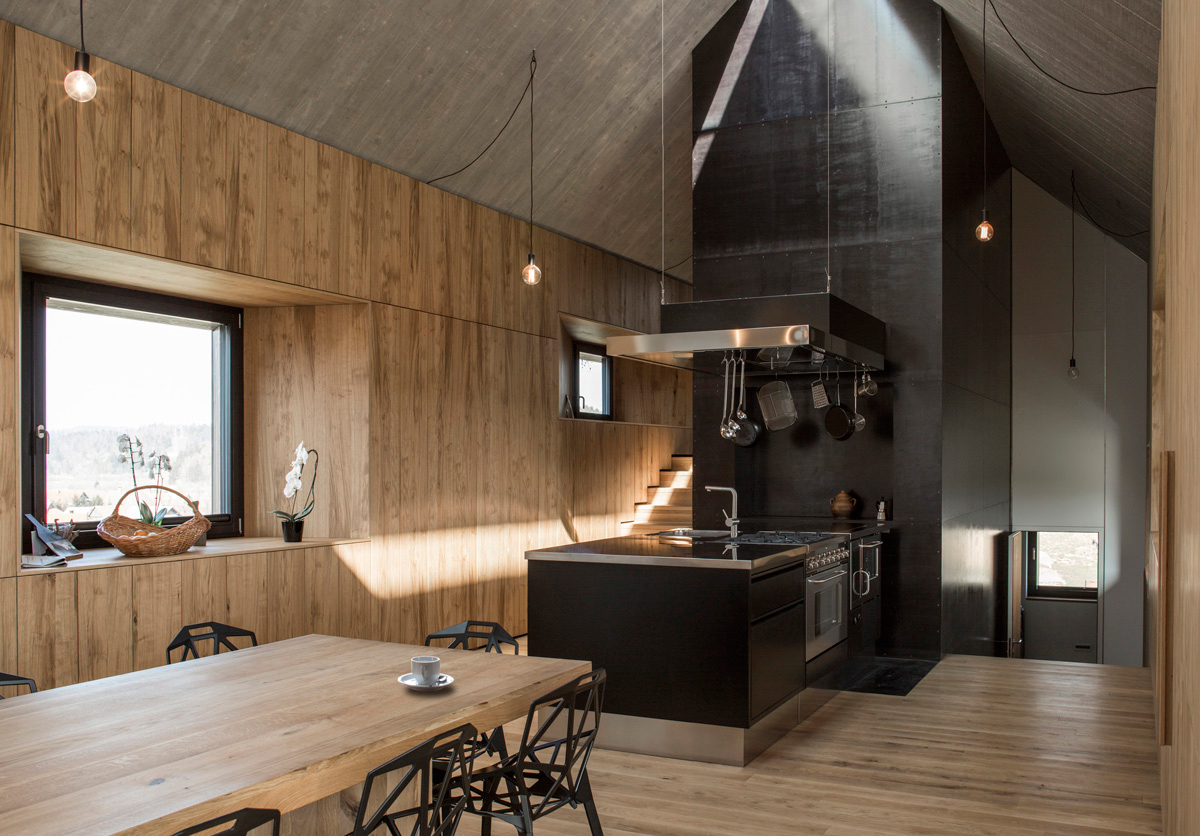 Clad with oiled larch boards, the house – with its striking dark wooden façade – relates closely to the barn structures across the neighbourhood. Deliberate secondary wooden roof cladding provides the continuity of the dark wooden façade, while also establishing an intriguing and contrasting dialogue between the home and the nearby church. 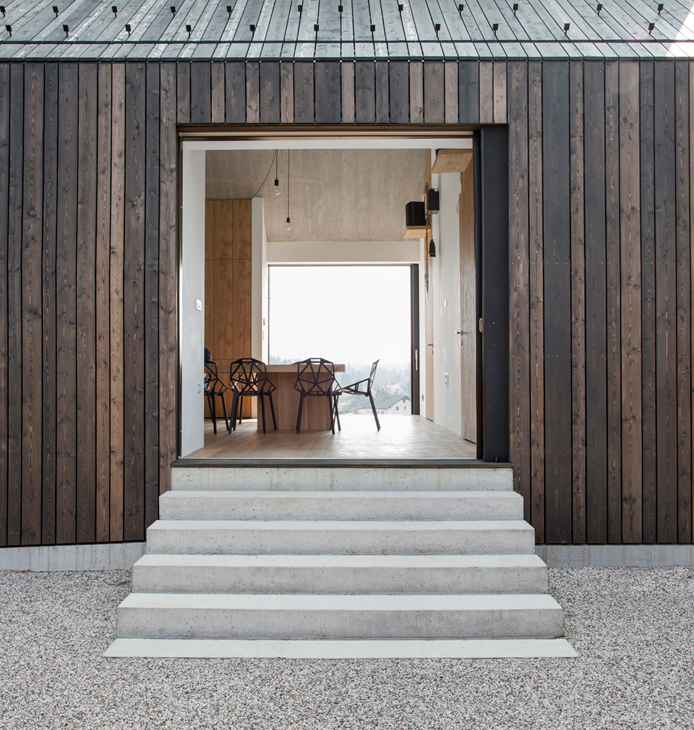 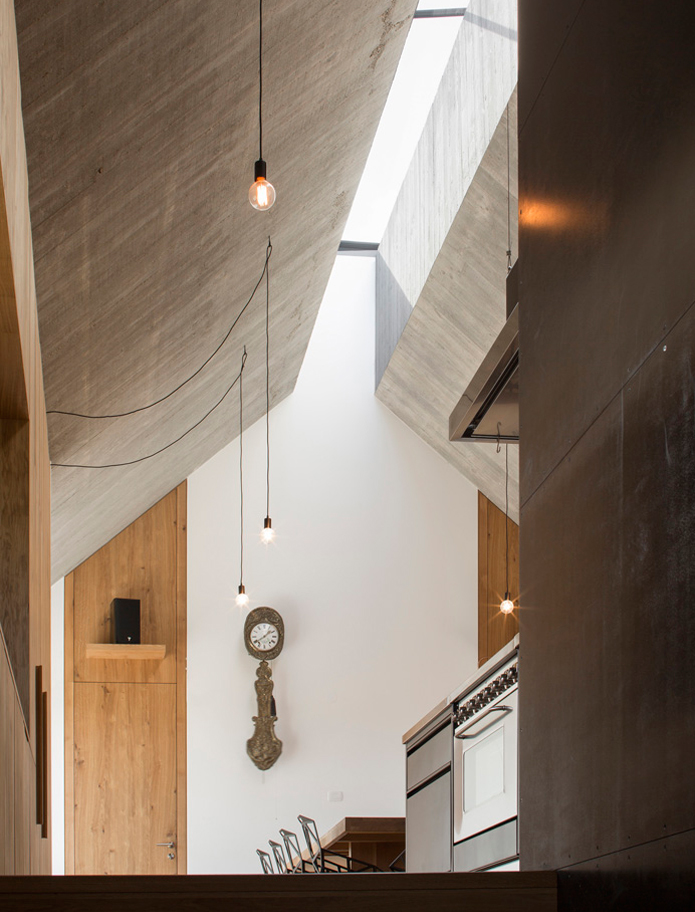 The building also features an ‘envelope’ living plan that is developed through a thick wall of integrating multiple storage spaces, a secondary kitchen and small ‘inhabitable’ windows that carefully curate incoming light and expanding views across the surroundings.

Take a closer look at the property in the image gallery above and check out more of Dekleva Gregoric Architects’ modern homes by taking a trip to their Facebook page. 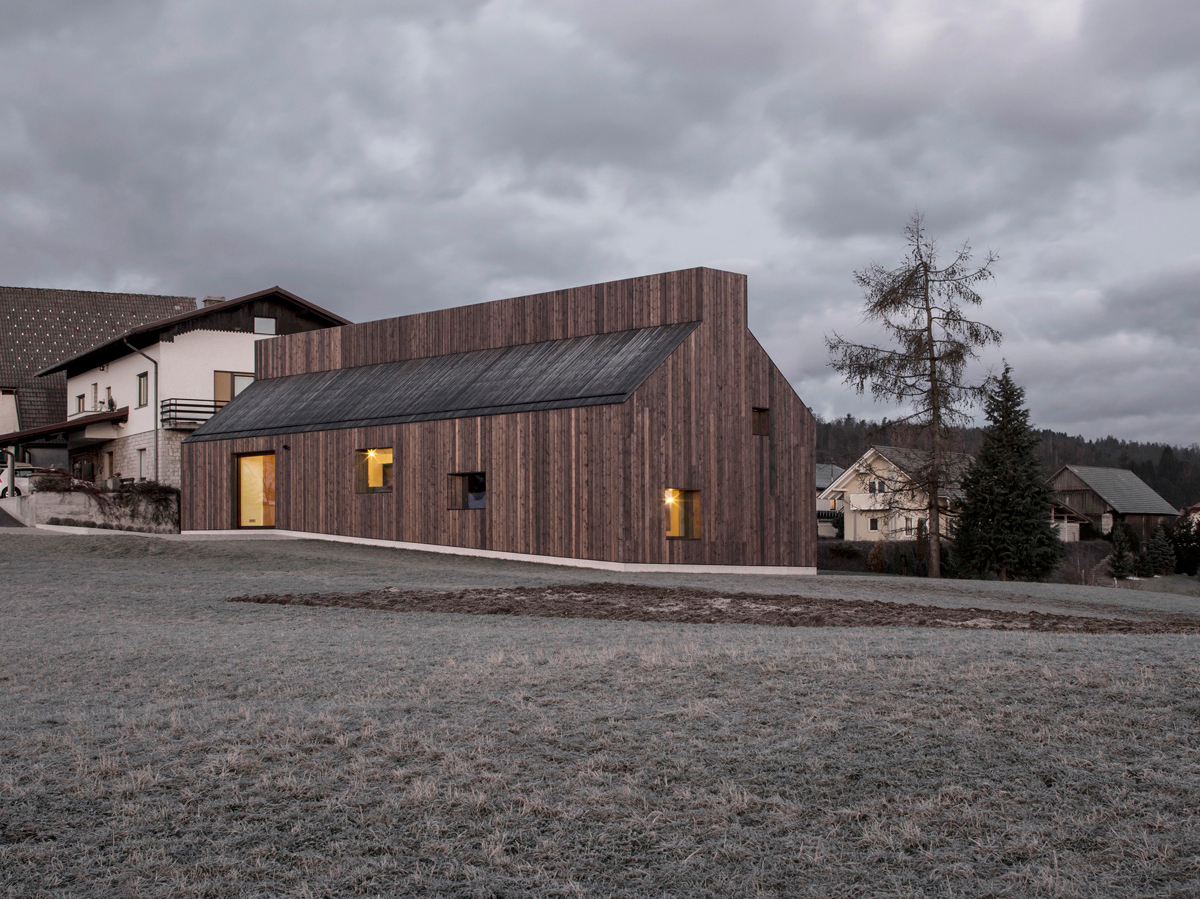