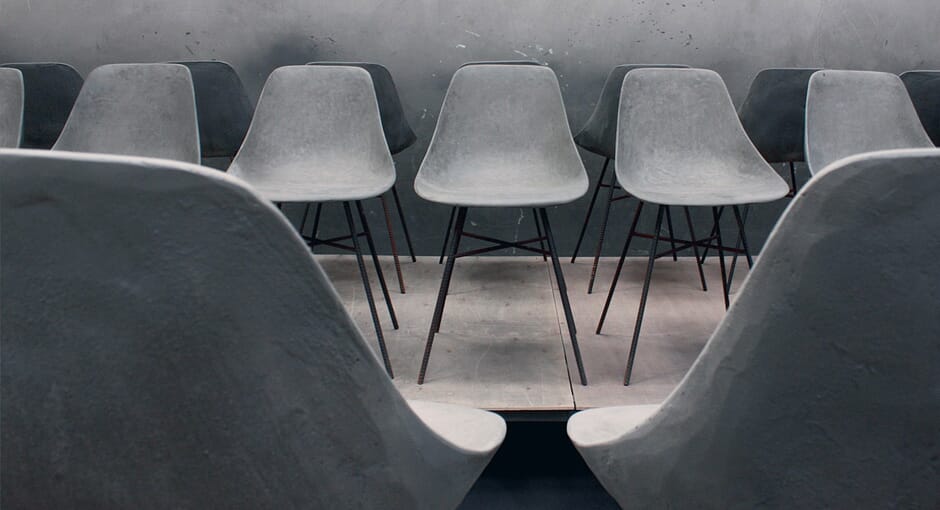 The form of the classic Eames glass fibre chair has been much imitated, but never bettered. This is a piece that is so central to mid-century design that it's best left to stand alone.

It takes a particularly intrepid team of designers to come up with a tribute that Ray and Charles Eames might nod approval at. The Concrete Shell Chair is just that one.

For Julie Legros and Henri Lavallard Boget of HLB Studios in Lyon, that meant turning to a medium that Eames Office hadn't contemplated: concrete. The French designers had found an abandoned resin shell of a mid-century Eames-like chair, and decided to experiment with a concrete version.

A chance meeting at a furniture fair led to a collaboration with Lyon Béton Furniture, a company which had spent five years coming up with a concrete specifically designed for furniture. An intricate frame allows the concrete to be light enough for this purpose.

Henri Lavallard Boget says he revisits "objects of the past...to give them a new life". The D'Hauteville, as this chair is dubbed, certainly does that. Concrete as a material is central to Modernist design. Added to a look with a distinct Eames edge, the D'Hauteville achieves something unlikely. It's as if this design has always been there.

As for concerns that the chair may be a little unwelcoming to its occupant, Lyon Béton insist their concrete is "soft and pleasant". We'd say the D'Hauteville is not only built to last - but is a future classic.

Shop all Hem furniture at OPUMO. 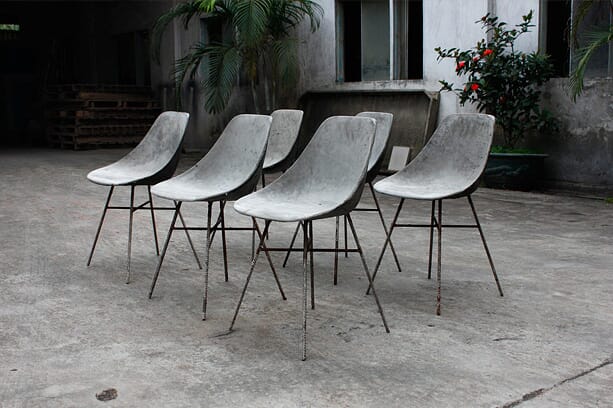 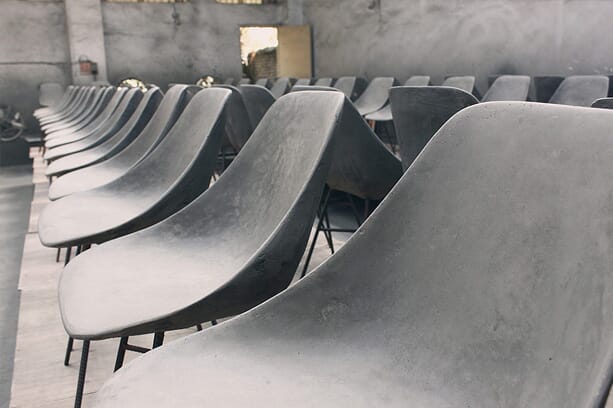 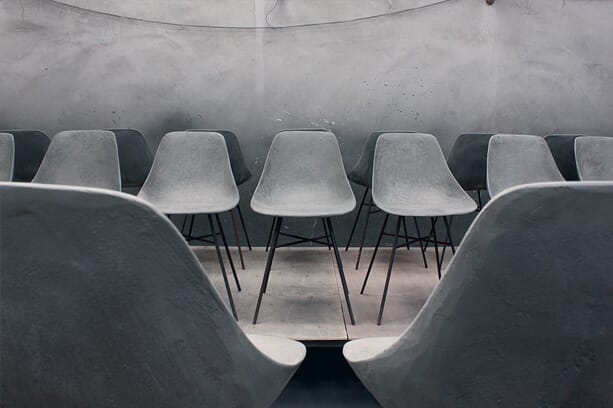