Conservation Through Beauty: An Interview With Tala's Max Wood 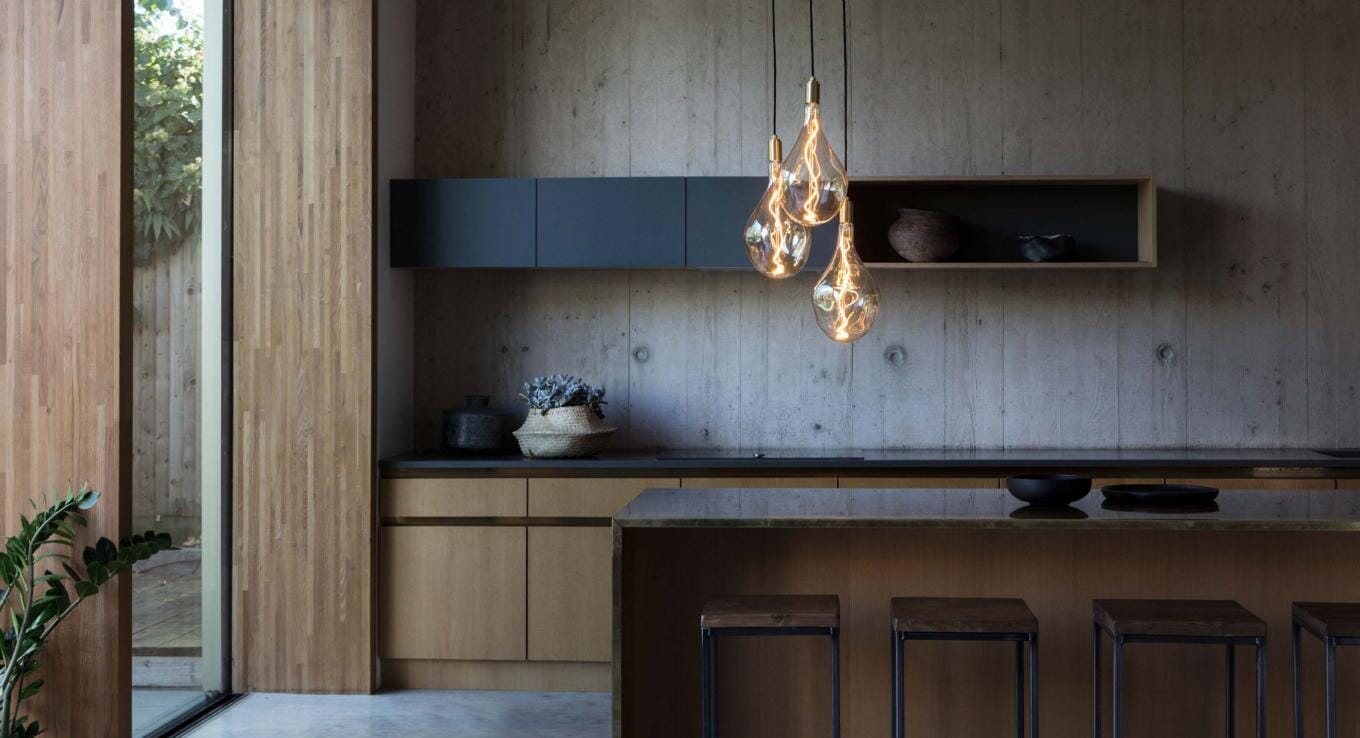 In just three years, Tala has grown from a team of three to a team of more than sixty spread between London and New York, with no plans of stopping there. Founded by university friends Max, Will and Josh, the company has succeeded in aligning a communal, friendly and open attitude with extreme professionalism. We recently found a spare half an hour in Max Wood's busy schedule to sit down for a chat at Tala's sprawling East London headquarters. Keep reading to find out about tips at Pizza Express, what you should be looking for in home lighting and the future of Tala.

Growing up, who was your hero?

I don’t think I specifically had a hero when I was younger, but I did go through a big phase of loving Zorro. Does that give you an insight into me as a person?

What was your first job?

I was actually a gardener on the weekends in the daytime and I worked in Pizza Express by night during school. Pizza Express was the highest paid job I think I’ve ever had. It’s one of the only places where you can keep your tips. 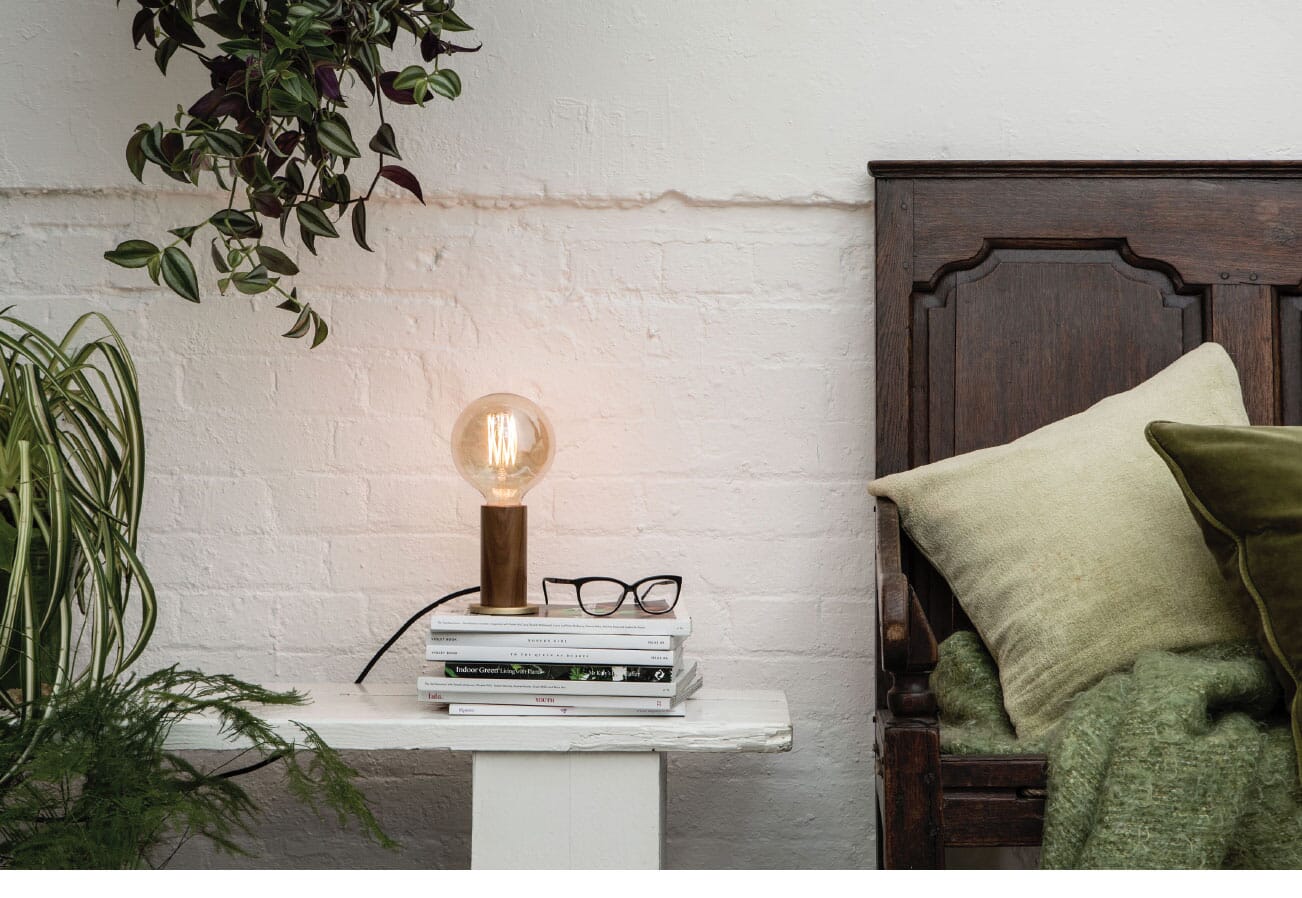 So, was the gardening an early sign of a sustainability conscience?

I grew up in the country, literally in the middle of nowhere, and I figured out quite quickly that gardening was the highest paid job where I could keep fit, I could be outside. I like nature, I always have, so it was perfect – it was very relaxing.

What are you reading right now?

I’m reading two books. Everyone will laugh because we’re championing this book so much at the moment: John Doerr’s Measure What Matters. It’s literally everywhere in this office. It presents a way to assign metrics to everything you do in the office, allowing a more open culture for discussing ideas.

And one album you’re listening to?

One album I’m listening to is Anderson. Paak’s new album, - Oxnard - but the jury’s out. I’m not too sure about it yet. 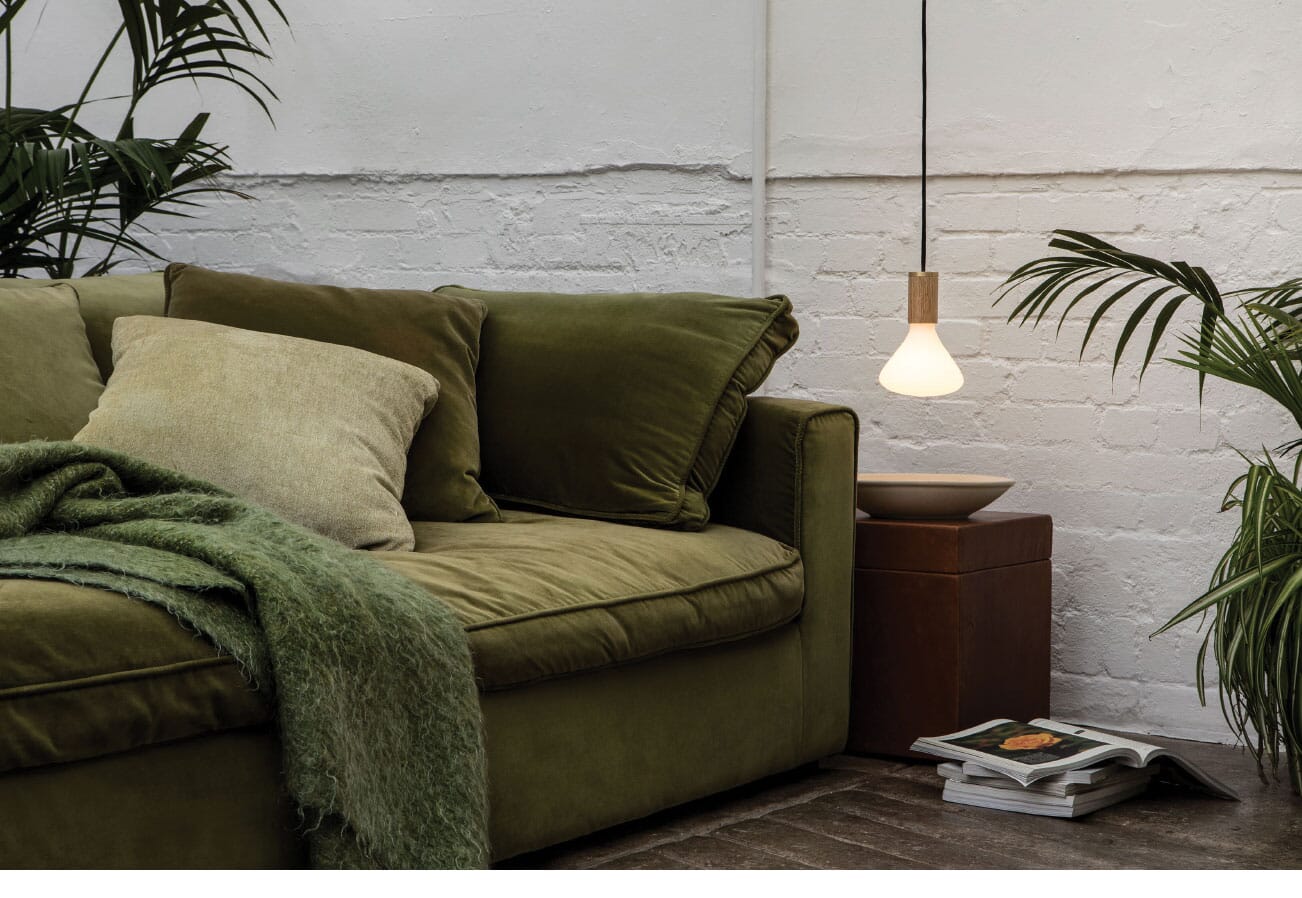 You, Josh and Will met at university – was that through your course or social life?

At what point do you think it became a possibility to start a business together?

Well, we met each other towards the end of second year at Edinburgh, and by third year – so probably about nine months later – we realised that we actually wanted to try to do something together. We were onto it pretty much immediately.

Do you remember that conversation?

There were many conversations but the one that sticks out the most was us in the business school. The main brief we had was that we wanted to build a profit-making company that could help solve a problem of our generation. At the time we were looking at water security, energy security and food security. We went through the classic phase of going through lots of different ideas. 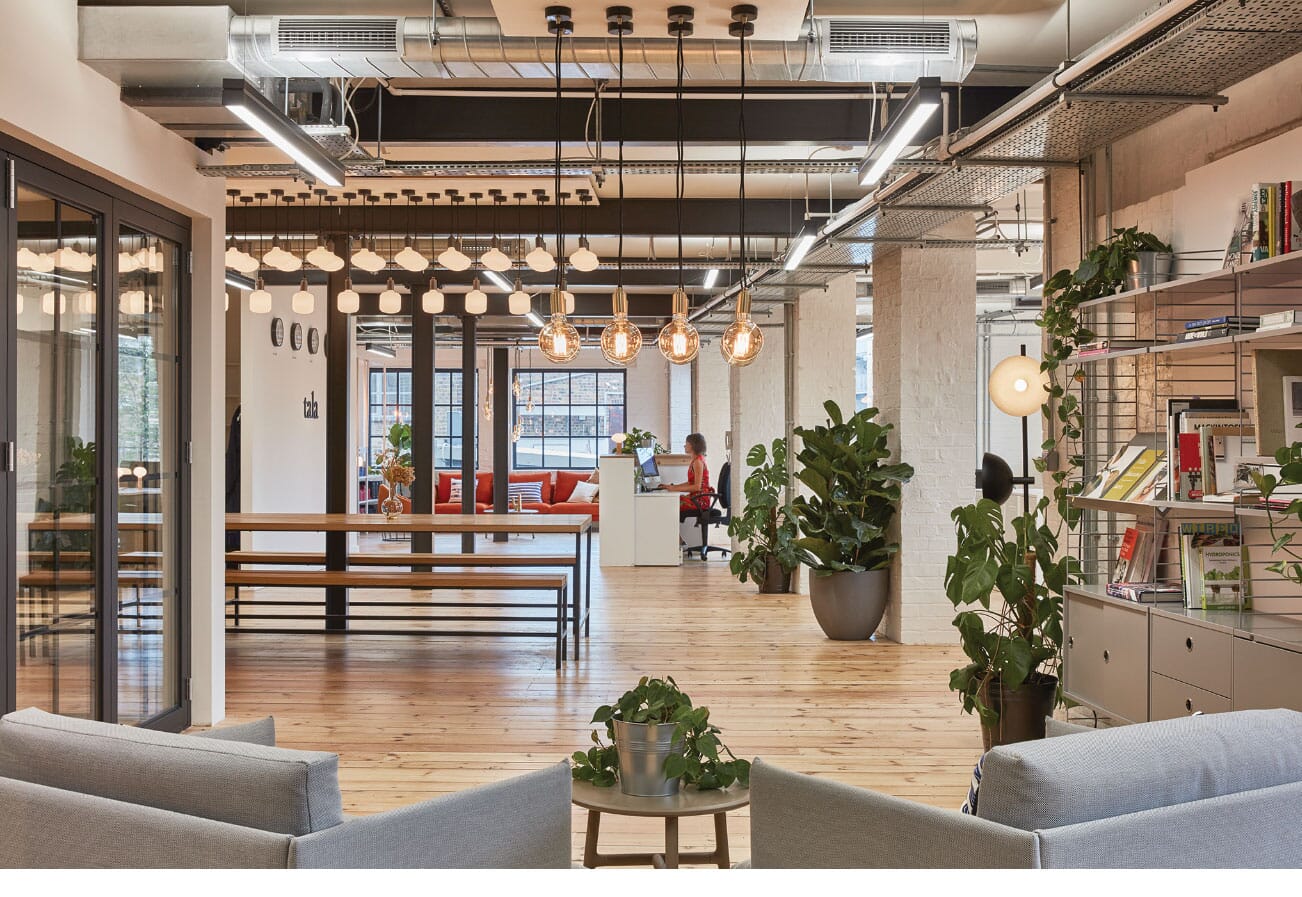 You’re all interested in product design, but what led you to lighting?

Josh studied carbon management, I studied geosciences and Will studied languages and through our family backgrounds and our interests, we knew we wanted to go into renewable energy. We started looking at developing commercial scale solar projects, and we got a project in Portugal and it was through that that we realised that the lead times on these projects are very protracted because there’s a lot of local government legislation and the industry as a whole is pretty saturated. So, being a late-comer meant we had no competitive advantage.

Our client at the time was asking if there was anything that would immediately affect the energy bill, and the logical choice was lighting. When we were trying to retrofit this enormous estate, we realised that there were no products that fitted the traditional aesthetic, they had these beautiful light fixtures but all of the LEDs we were trying to fit had poor design and very poor performance. We realised that we had a chance to build our own to suit the estate and if we could do that then we stood a good chance of building a lighting company that will have a larger effect in terms of energy consumption than us going down the solar route.

Do you guys still hang out together outside of work?

Yes. In work we’re professional, but yeah, we’re best friends. You go in phases though, when you first start the company it’s so full on that it’s sometimes hard to split the social side from work but you get better at that over time and I think that the three of us have got a good balance, when you can feel that someone is reaching burnout, they go on holiday while the other two hold the fort. 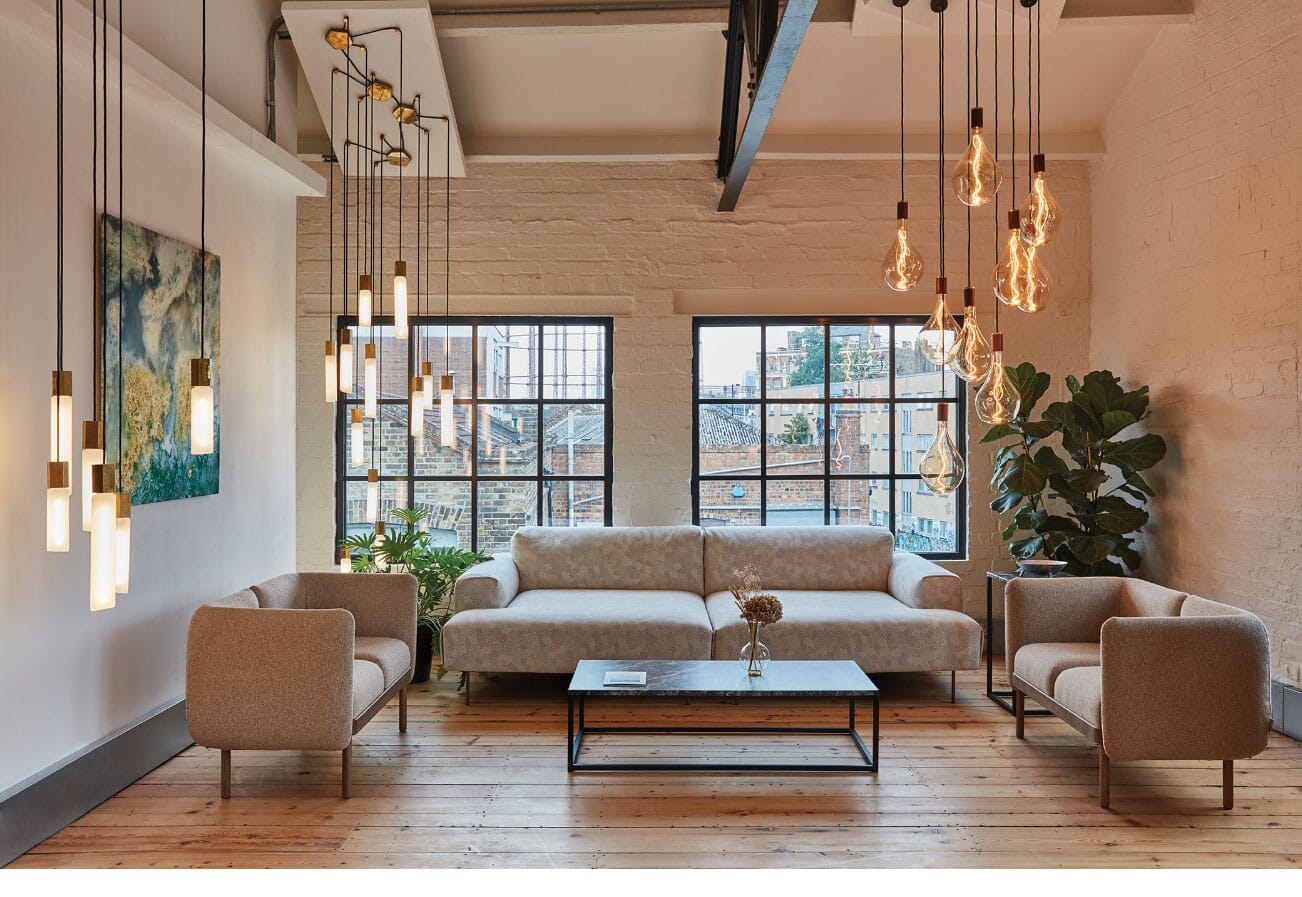 What input do each of you have in creating and maintaining the brand – do you all have your own speciality to work to?

Our roles are quite set now and they have to be in terms of it being confusing for a team if you’re going to lots of different people for different things. So, I run global sales and operations, Josh runs the brand and design side, and William has the wonderful job of going out to New York to set up the New York office.

What has been the biggest calamity along the way?

In the start-up life you always have calamities, it just depends how big they are. I think the biggest mistake that we made early on was going to America to set up a very complex agent and distributor network, so we assigned around fifty agents and distributors in each state. Ultimately we didn’t live by our mantra which is to go deep, not broad. We’d rather go deep on a small range of products and do them really well instead of spreading ourselves too thin. We had to cut that idea and lost about 12 months of work but the flip side is that we realised we need our own office and now have a great team there in New York.

What are the three most important things you’ve learned along the way?

The one lesson that I learned very early on was – having gone from a team of three to more than sixty in three years – when you’re a manager you have to adjust to different departments and people. I learned that you can’t have a one-size-fits-all policy. People need to be managed in different ways to drive performance and happiness.

The third is about making sure you have a culture where the best idea always wins. When we go to a meeting room, all stripes are off. Whether you’re a founder or a newcomer, if you think something should happen and can back it up with data, then that should happen.

Who or what has been the biggest influence on your work?

I think the biggest influence is just what we do and our backgrounds. I’ve done a lot of study into environmental science and geosciences and that has shaped my opinion on how I feel that you can create a modern business. 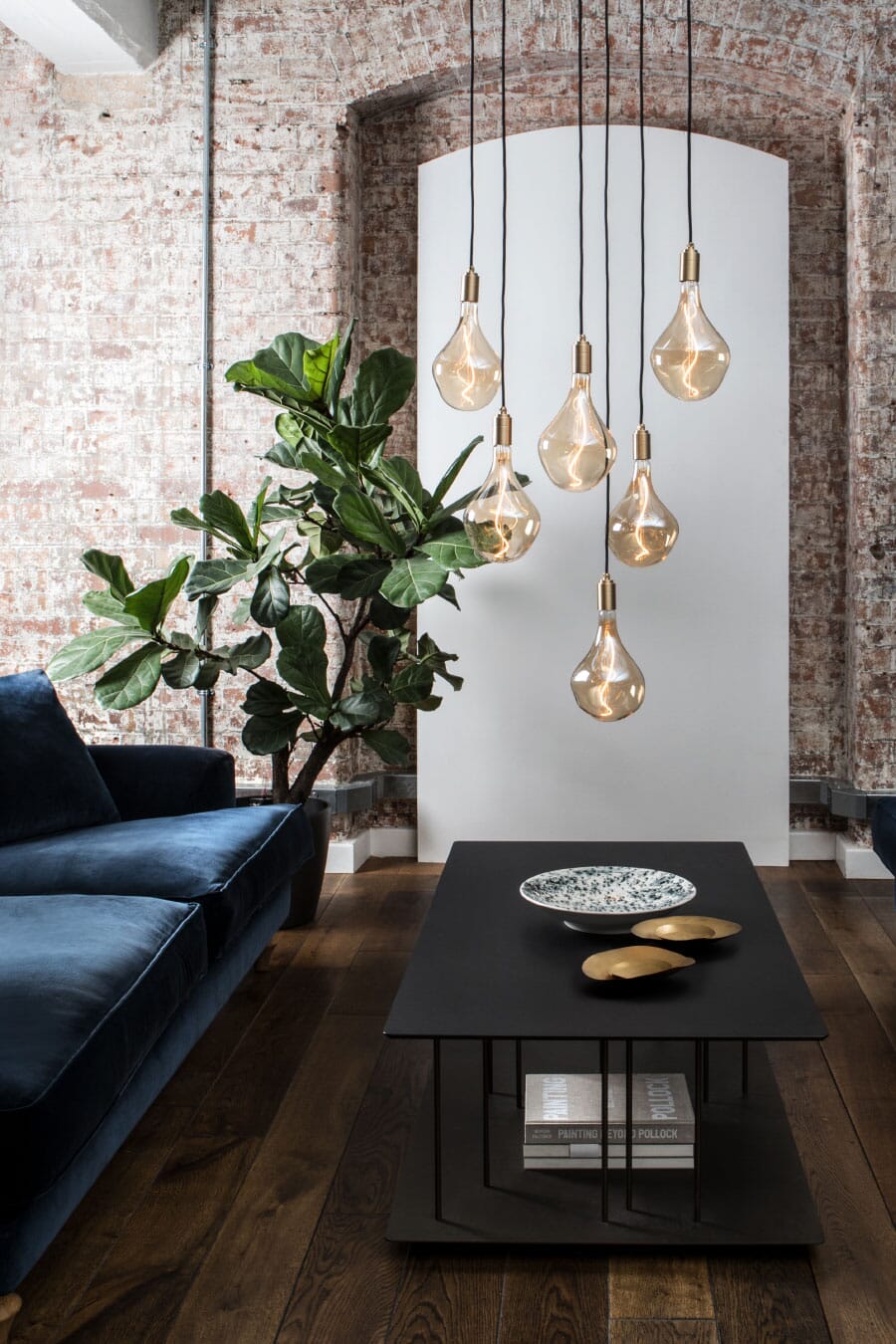 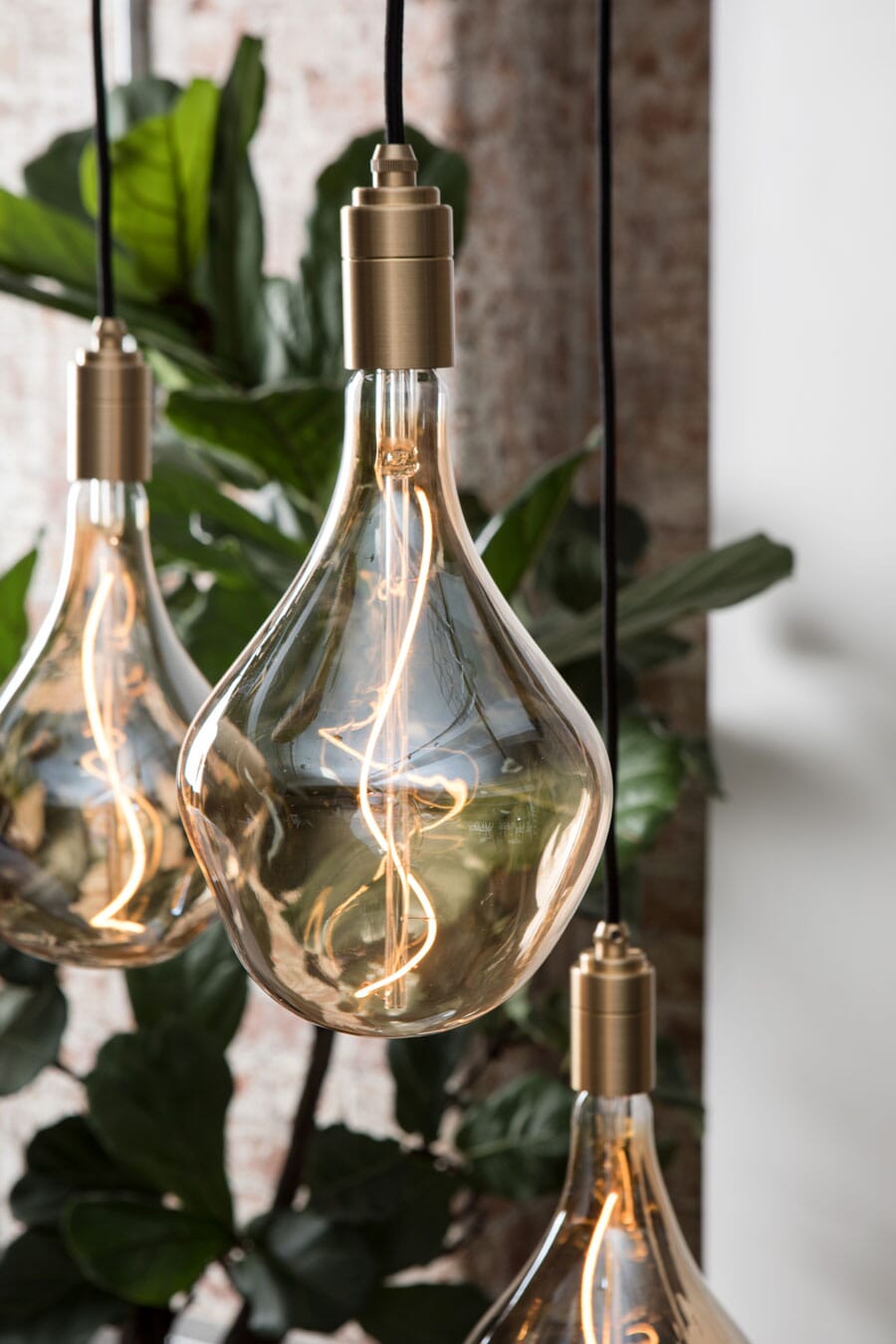 How did you get to a level where you managed to match durability, sustainability and design in your product?

It’s a long and on-going process. It’s interesting you ask that because the three pillars of Tala are design, sustainability and quality. The easiest way of doing that is only working with the best components and having a rigorous QC process. We also invest heavily in the design to make sure we’re on the forefront of that. The sustainability aspect is something that we think should be a given, so that underpins everything.

Lighting is something that people often take for granted or neglect. What’s one thing that the public should be looking out for when it comes to lighting?

Can I roll it into three things? I think one is the application: understanding whether it’s decorative or task lighting and making a distinction between those two is very important. Beneath that, it’s about looking for products that have a high colour rendering index. That, very simply, is a scale from zero to one hundred and it represents the quality of the light in showing its colours. That’s something that people don’t look for but is immediately obvious when you walk into a room. Finally, the conversion to LED. So many people still work with incandescent but the beauty of LED is that it is an investment; it has a payback time on it and it’s hugely important for the environment. 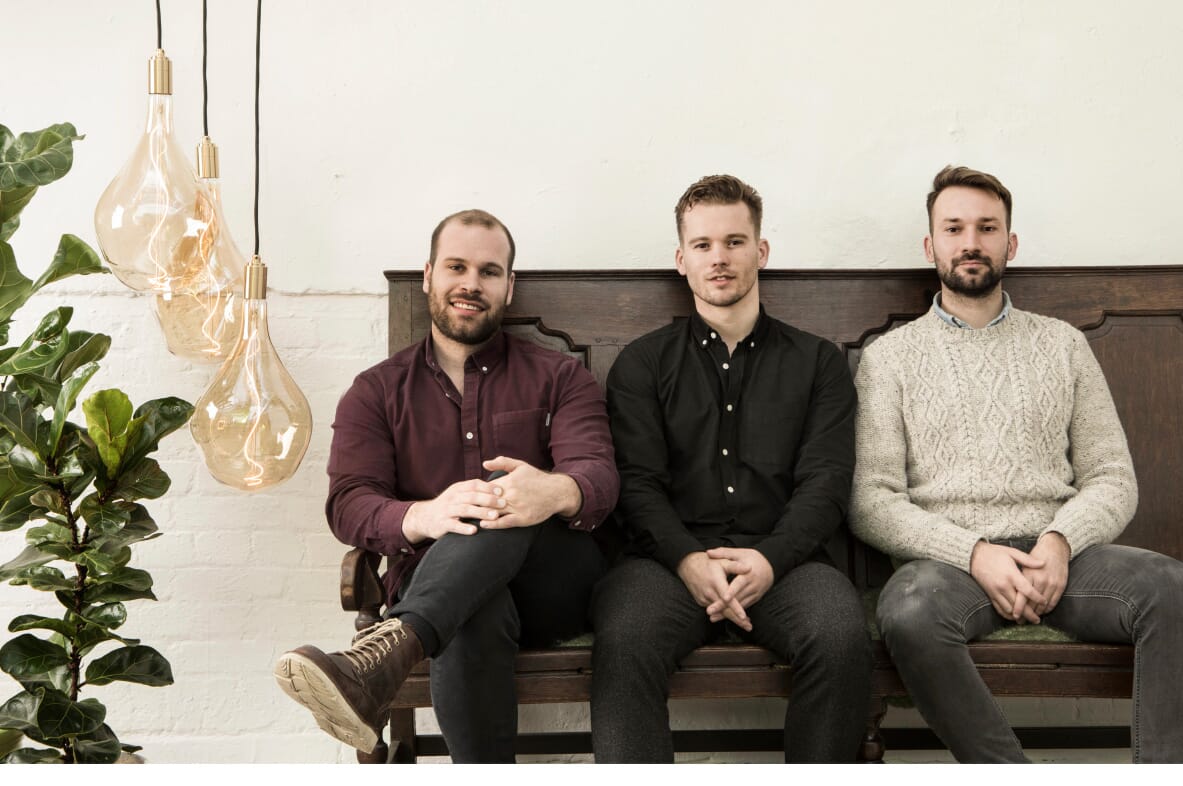 Do you think that your incredible headquarters has changed the way that the company works?

The brief for this space was somewhere that immediately gave people an idea of what Tala was about. It’s also a place that we like to bring clients to show off products. I think it has transformed the way that we work, in the sense that people have the space to think and there’s a big communal feeling here. We also have the breakout rooms for interviews and meetings.

Do you see Tala expanding into other sectors whilst maintaining the pillars of durability, sustainability and design?

Tala will remain focused for the foreseeable future on lighting. Our tagline: ‘conservation through beauty’ does lend itself to exploring the idea of conserving the environment by delivering beautiful design. So, whilst I will not say that we are hellbent on moving sectors, it is something we would naturally explore as and when it comes up but for now we’re very focused on becoming a leading brand in lighting.

Shop all Tala lighting at OPUMO.