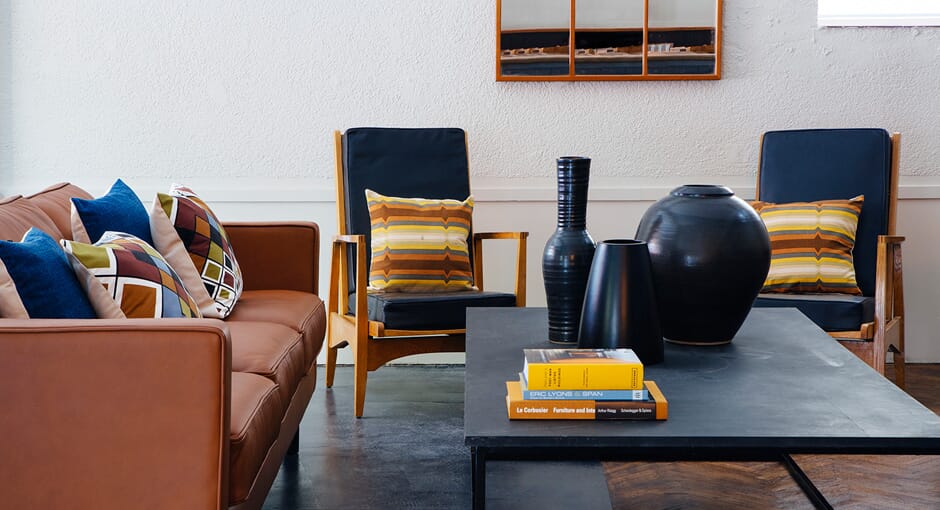 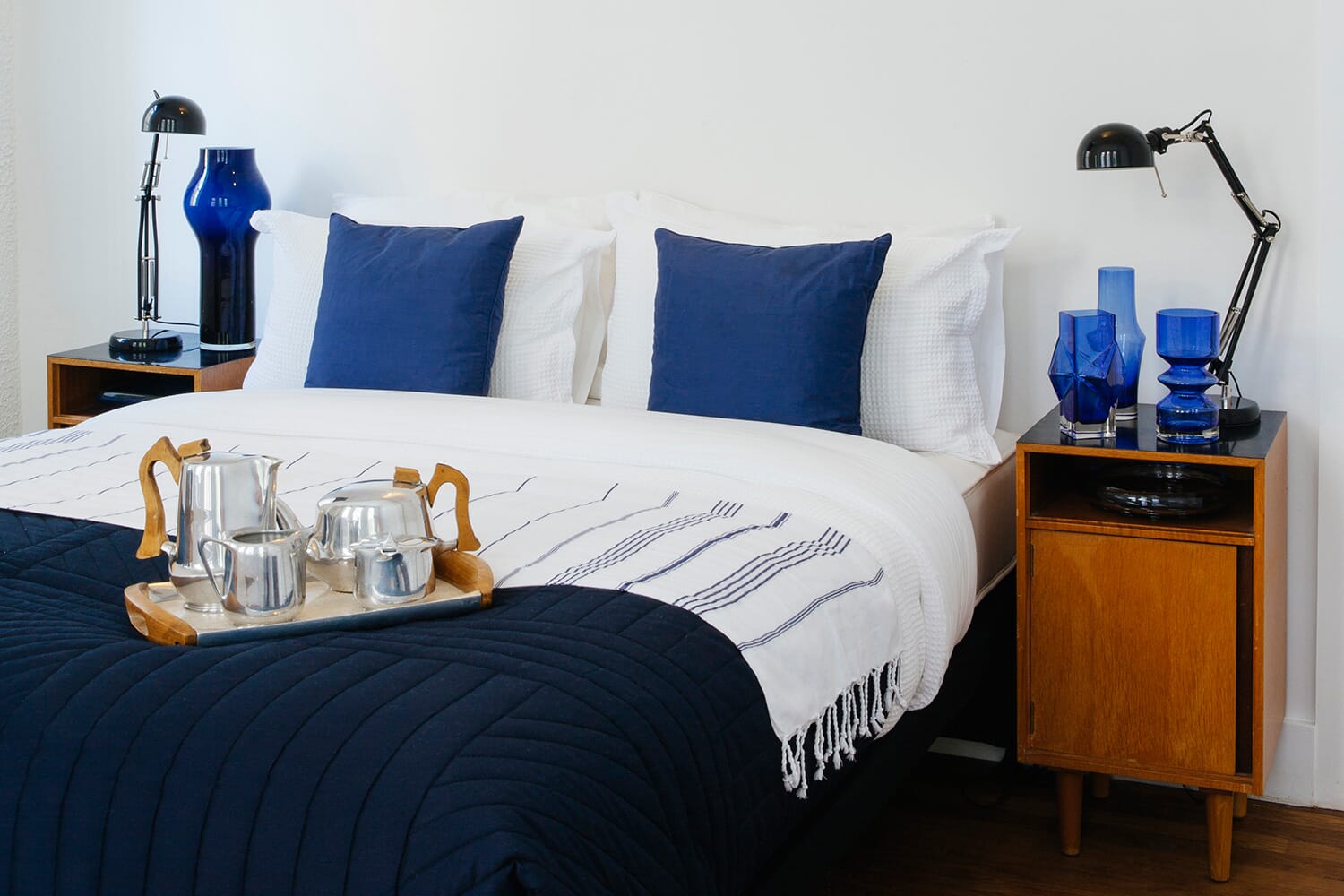 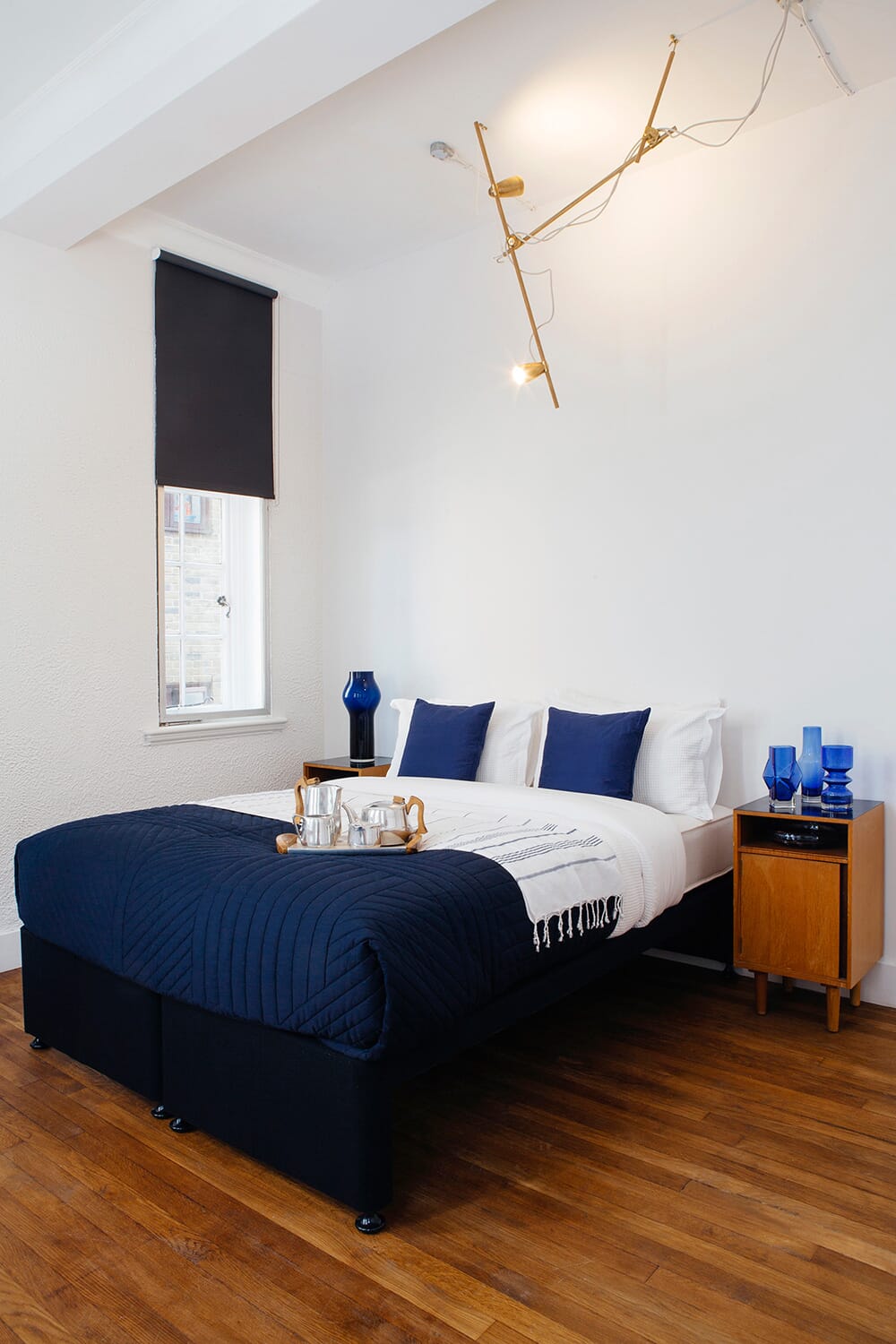 An authentic start-up and social enterprise hub, Green Rooms represents a place for artists, creatives and style enthusiasts alongside the wider influences of the local community. In truth, Green Rooms symbolises an entirely unique arts hotel, that in spite of the wealth of accommodation in the city, it remains independent to the world of formulaic hotels. 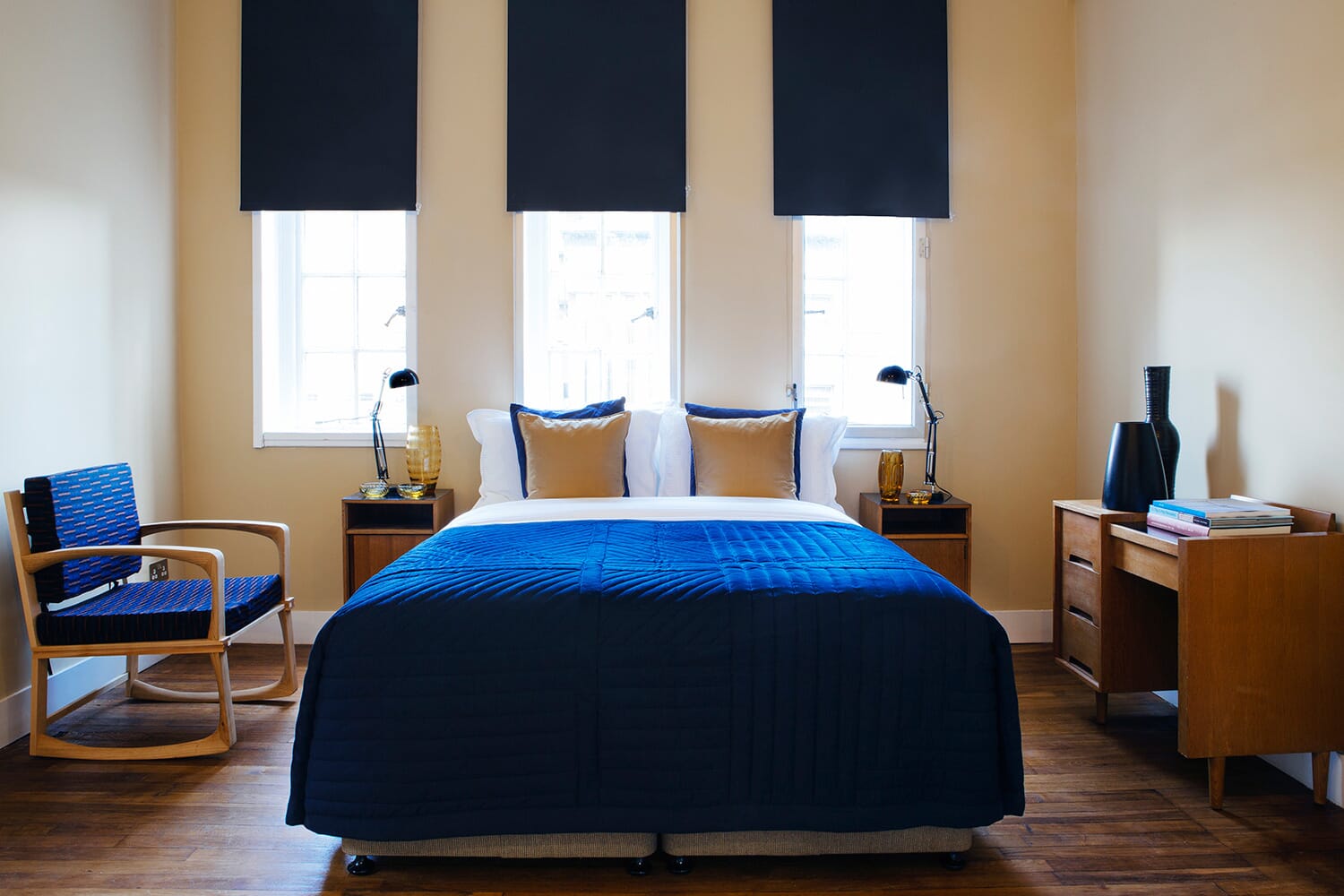 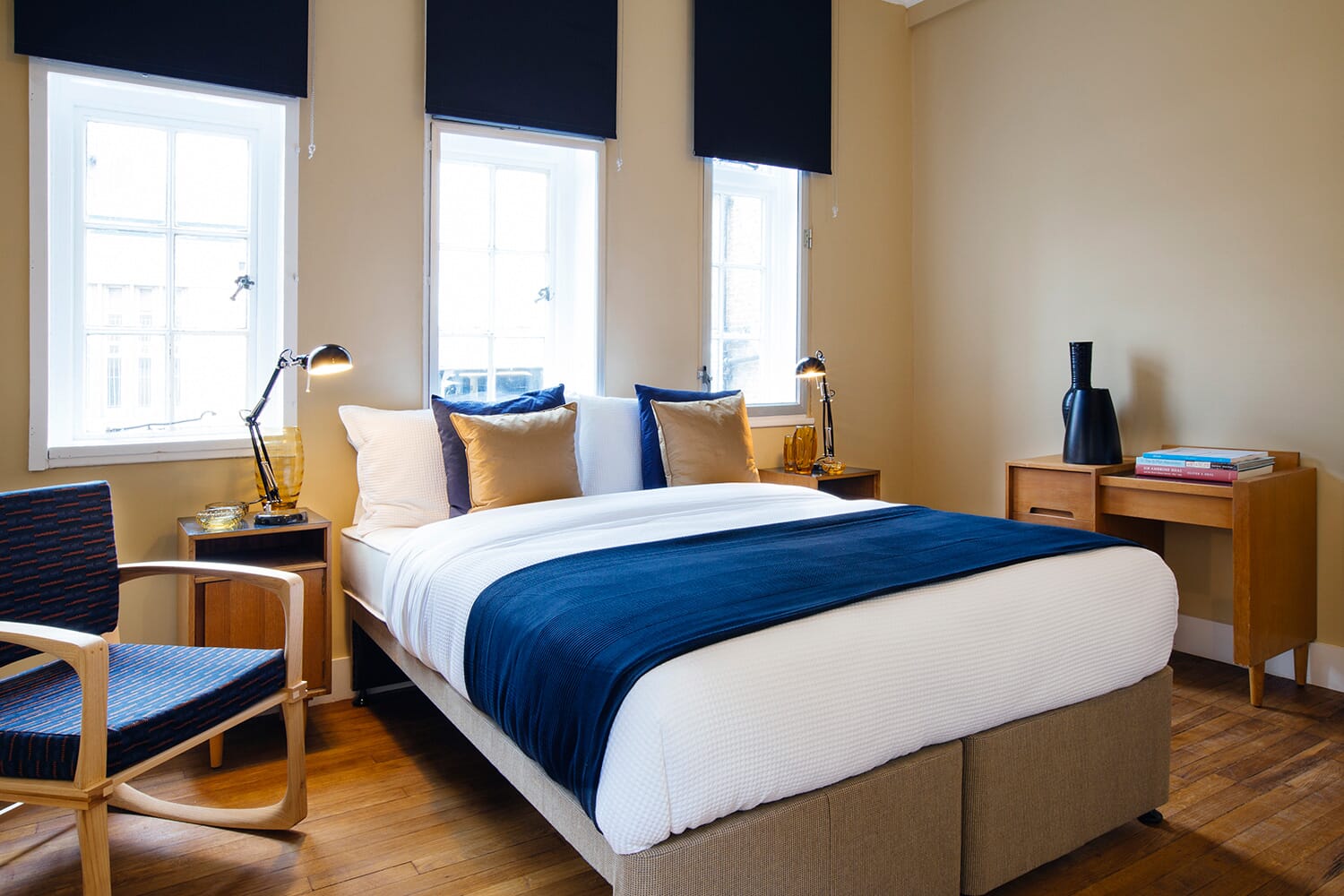 As a former electricity office, Green Rooms was masterfully renovated by London-based studio SODA who transformed the mid 1930’s structure into a tasteful blend of contemporary design. Original details such as parquet flooring, blue and white mosaic tiling across the bathrooms and trussed teak ceilings have all been preserved and are beautifully complemented by a range of bespoke interiors curated by Folk Clothing. 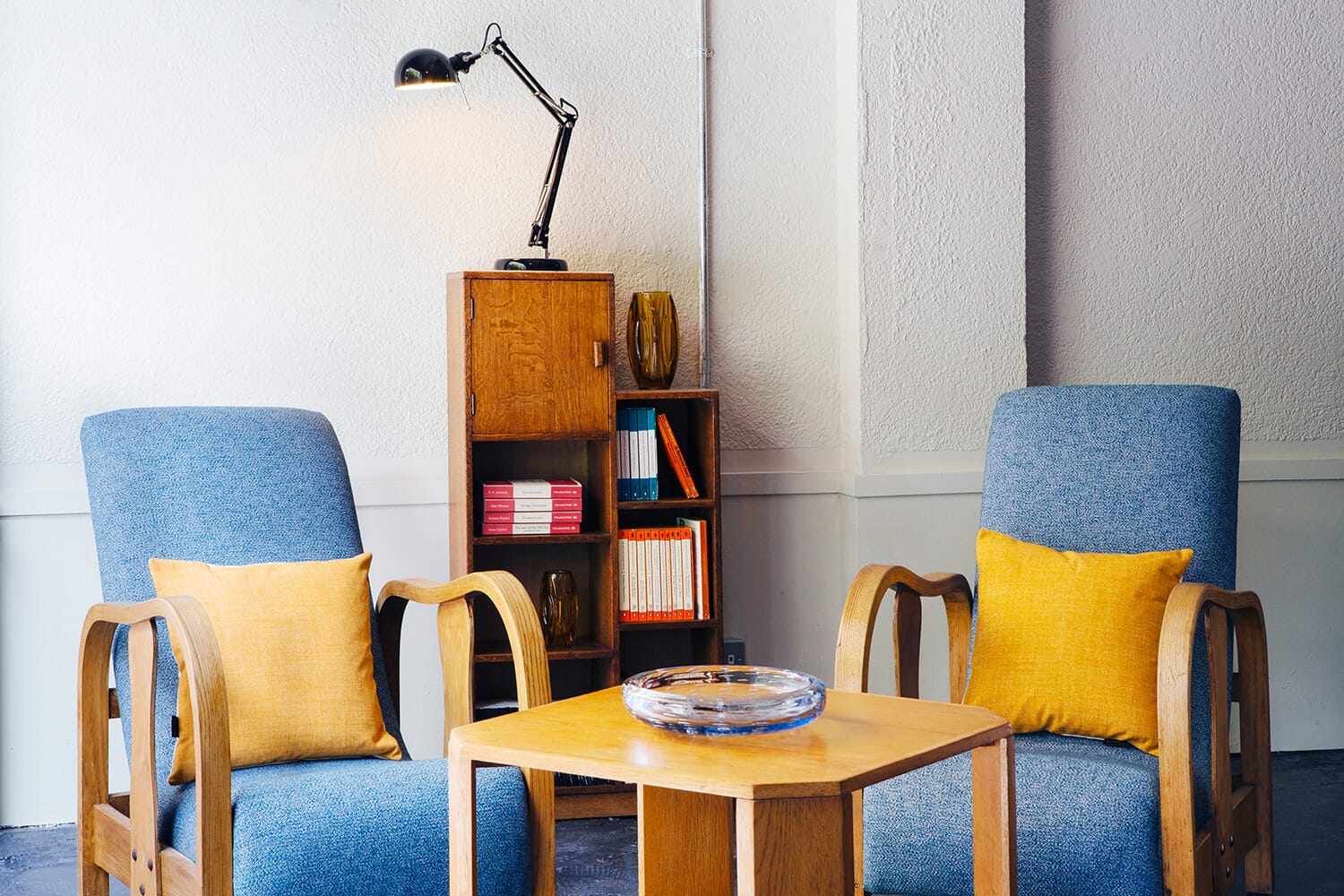 The affluent furnishings reflect the dynamism of the hotel as not only a cultural hub but also an intuitive piece of modern design in its own right. Created by founder of The Mill Co. Project, Nick Hartwright, Green Rooms is both inspiring and inventive without compromising on quality or affordability.  For instance, prices for rooms start at £18 a night and the complex also features a bar, restaurant and performance areas that consolidate Green Rooms as one of the capital’s leading cultural institutions. 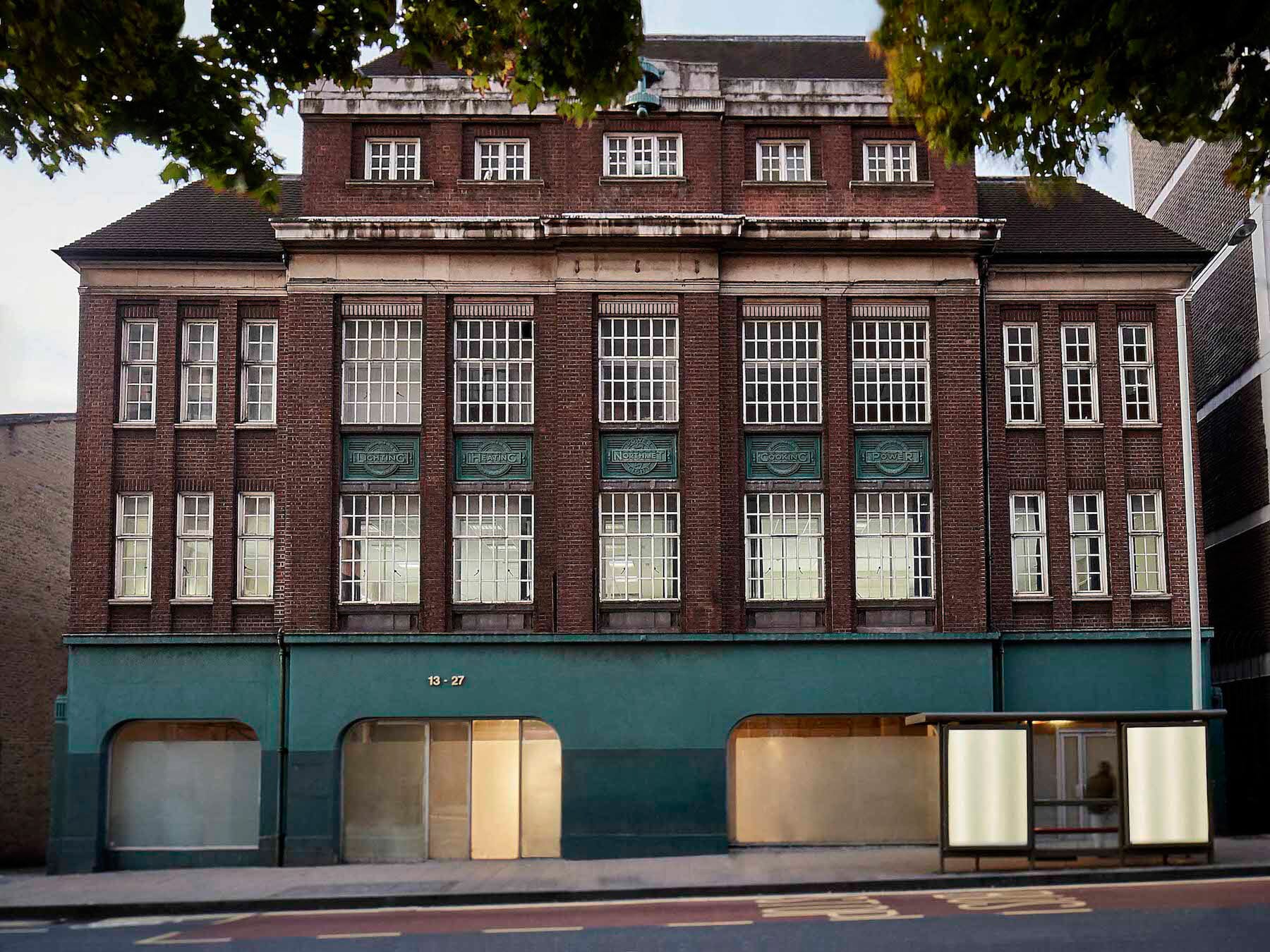 For further information, head to the Green Rooms website.