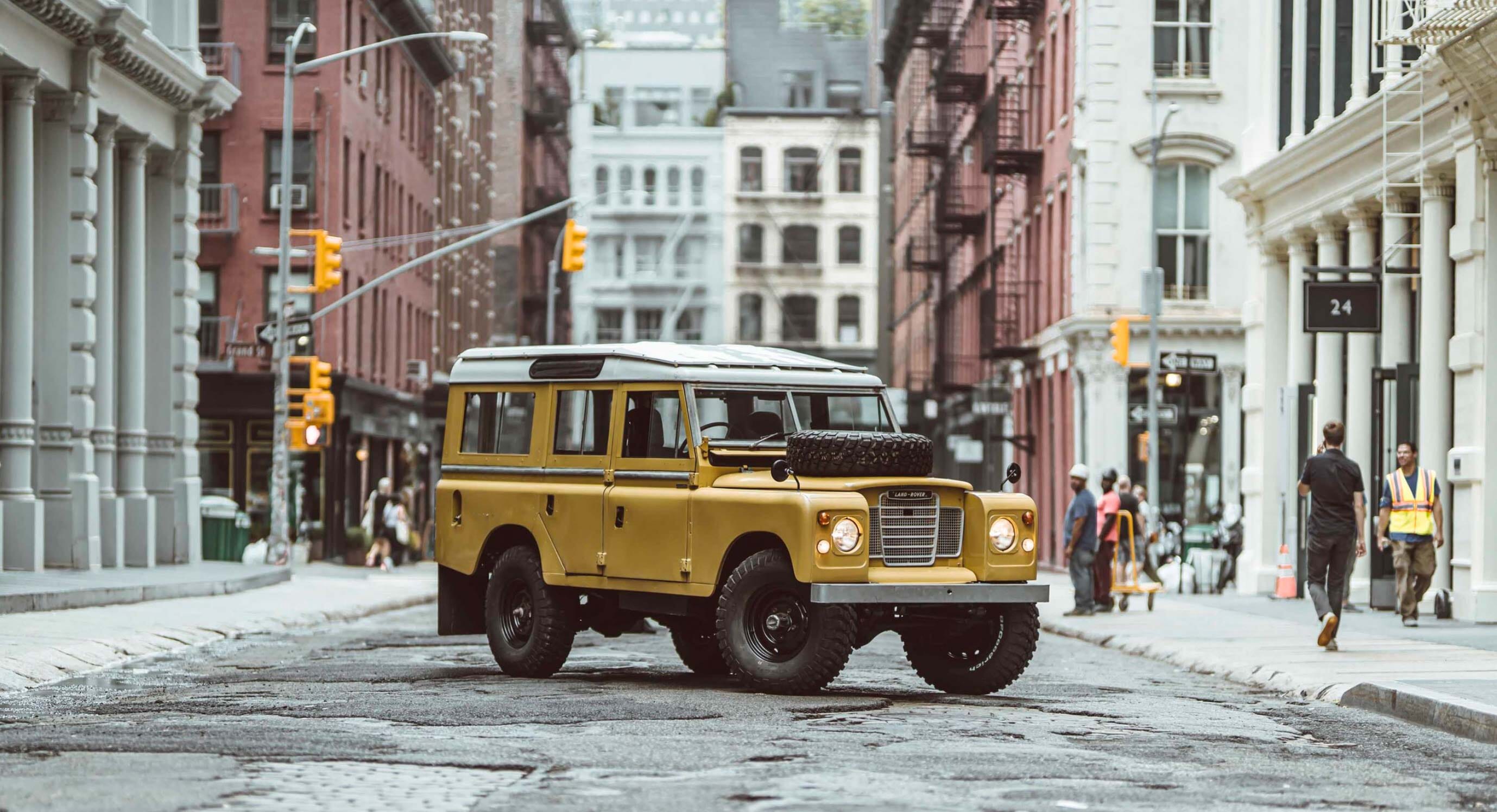 Sam Hancock’s take: “A great-looking build that will hopefully be used as intended, rather than parading around town. It’ll never satiate the pedantic purists, but that’s not the point of this car: it’s an outlaw, built for someone who loves the timeless aesthetic of the Land Rover Series 109 and wants hassle-free motoring at a sensible price.” 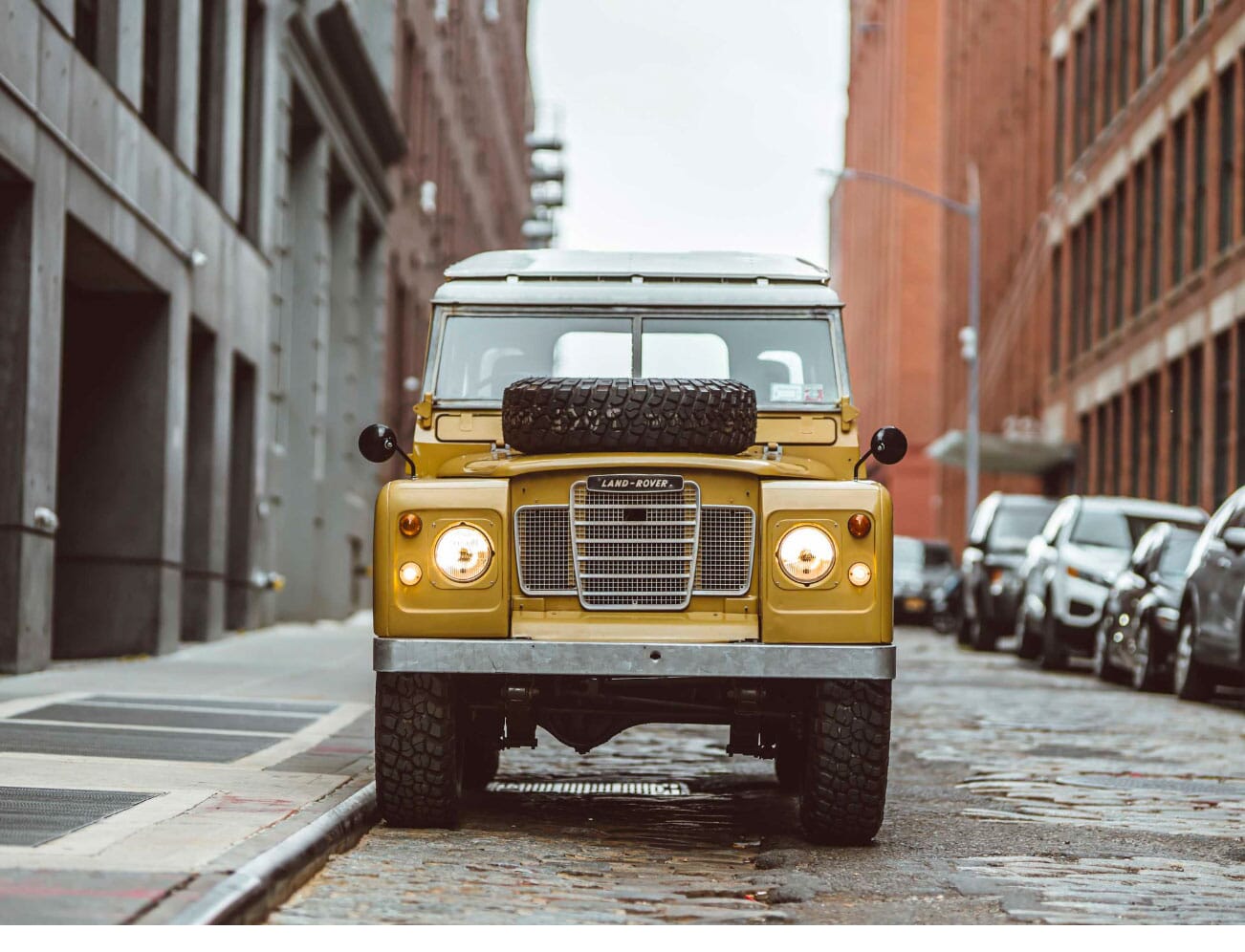 Brooklyn Coachworks is one of New York’s most highly respected garages, having consistently built high-quality Land Rovers for over 20 years. The engineers' true passion for the Land Rover shines through in the attention to detail of each build, ensuring that the driving experience of each Land Rover is as smooth as possible. 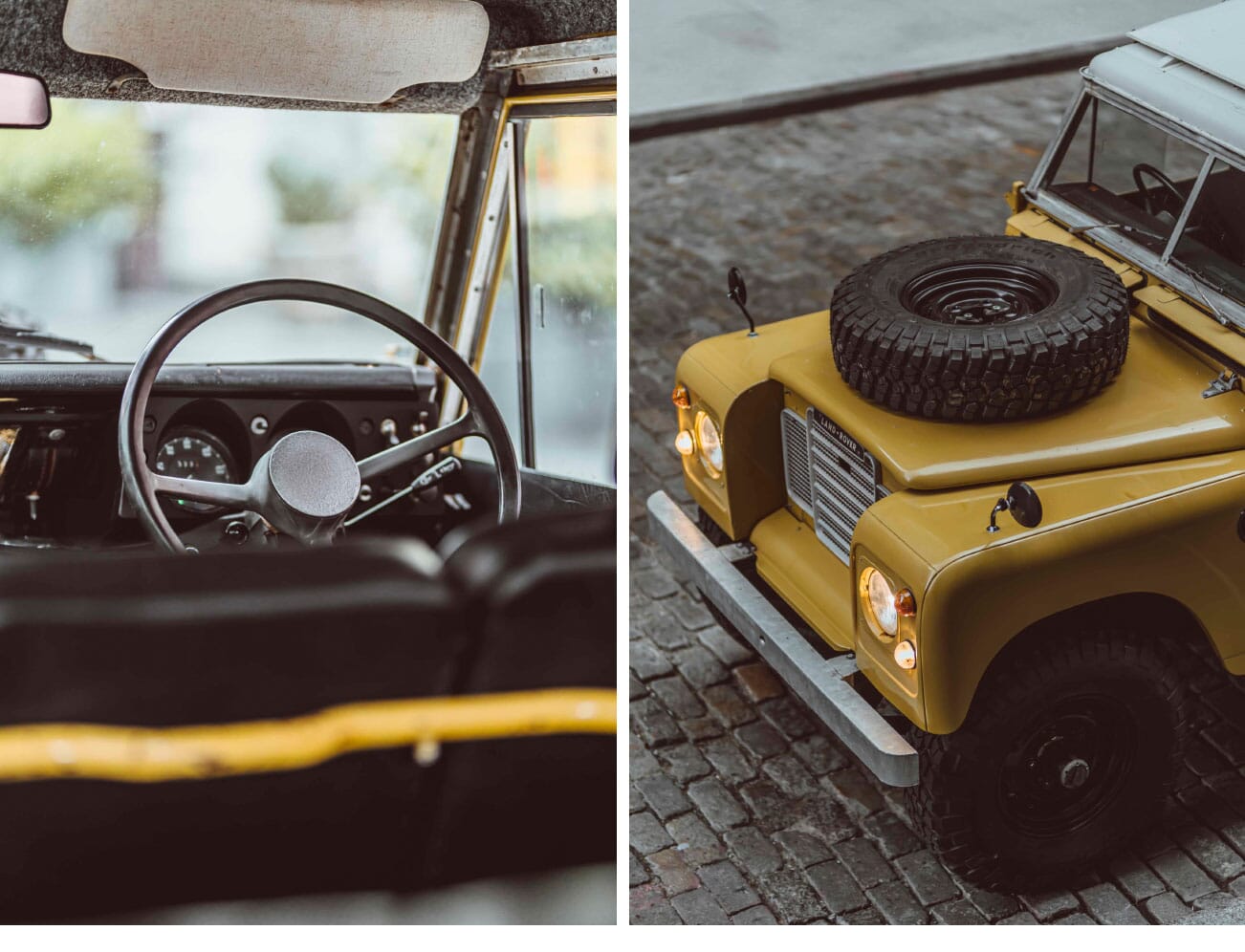 This particular 1975 Land Rover Series 109 was originally fitted with a 2.25l Land Rover engine with just 74bhp, now it features an inline 6-cylinder engine that produces 135bhp which has completely changed the way that this SUV drives. Along with the new engine, Brooklyn Coachworks fitted new brakes, completing this once lumbering car’s transformation into a nippy modern day machine. 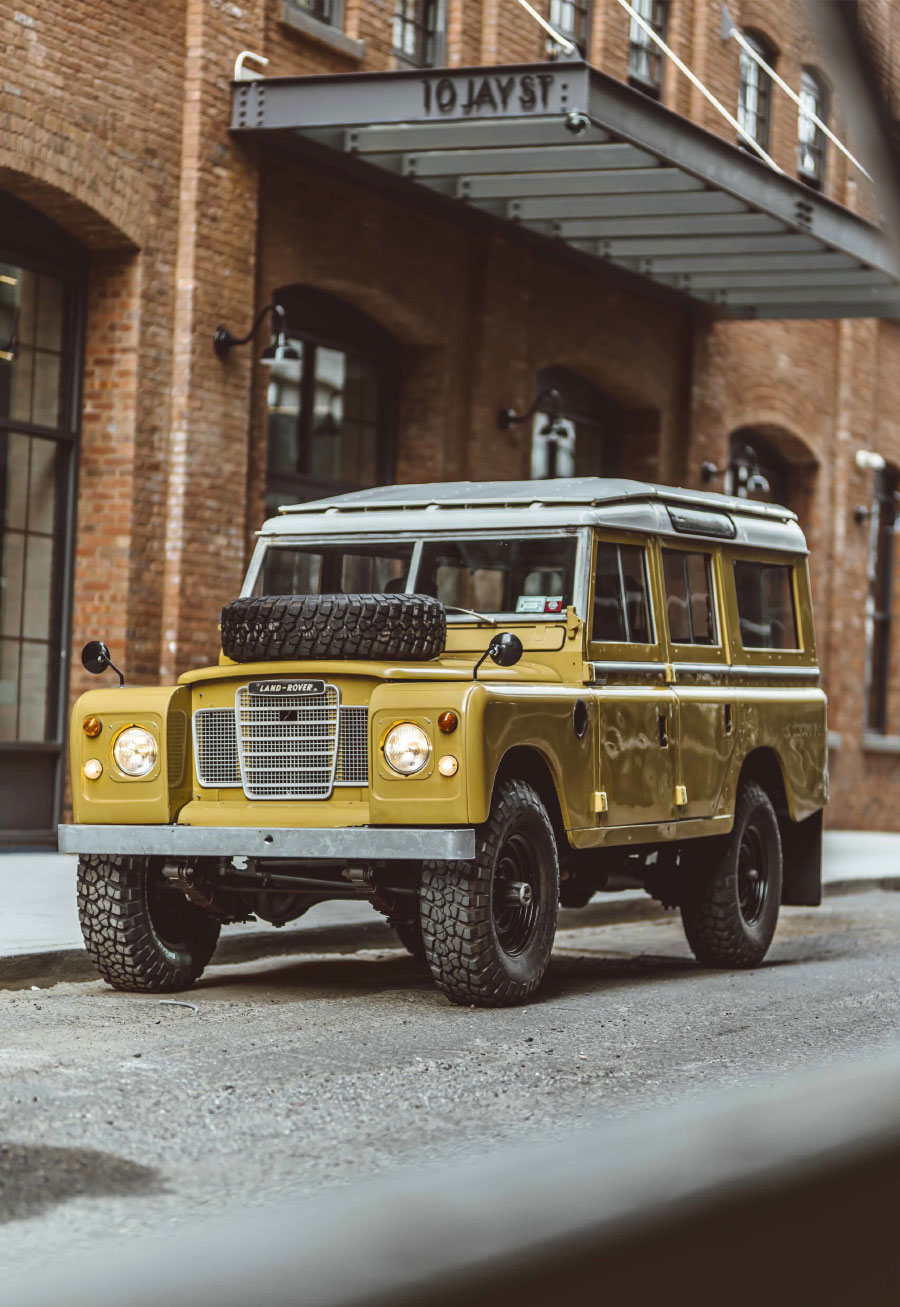 The new galvanised front bumper features a rust-free, solid frame that complements the spare tyre on the bonnet to give the Land Rover a vintage look. The Bahama Gold paintwork also has a strong retro aesthetic that works in tandem with newly fitted black leather interiors. 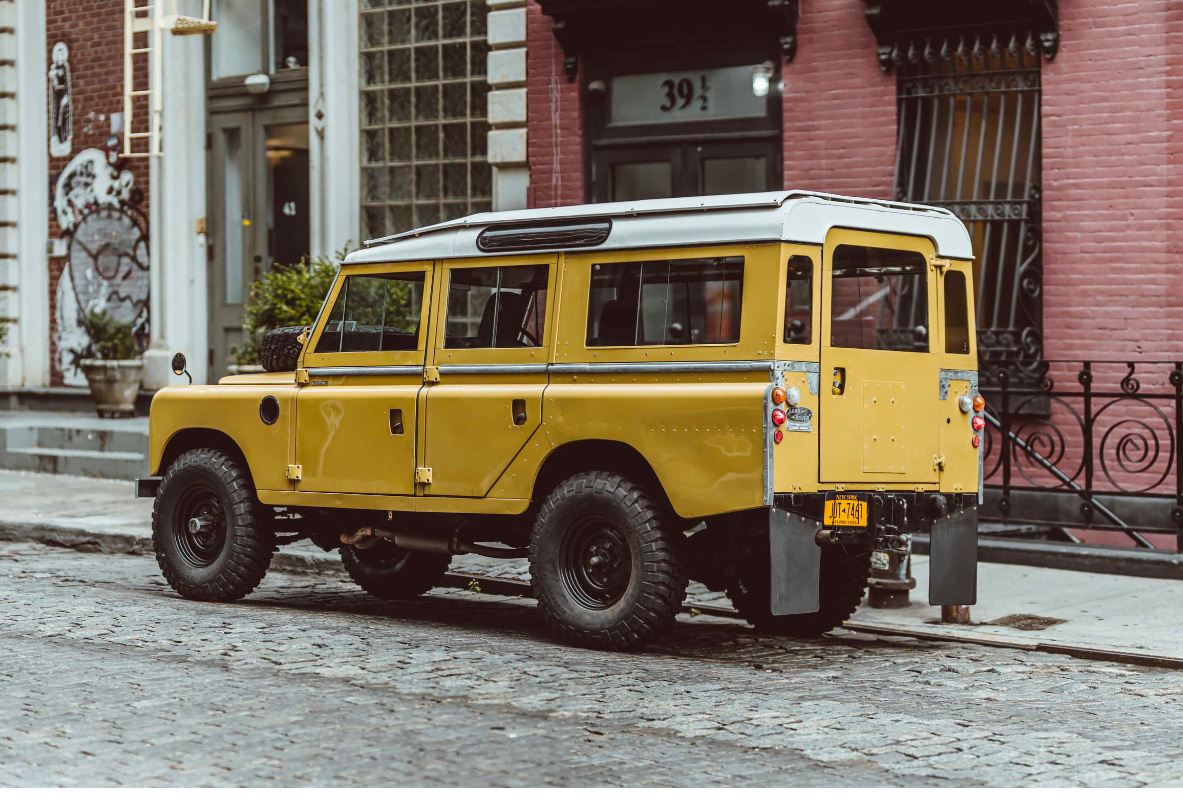 Love the Bahama Gold hue? OUTLANDER's 1980 Range Rover could be a relative of this Brooklyn Coachworks' build.