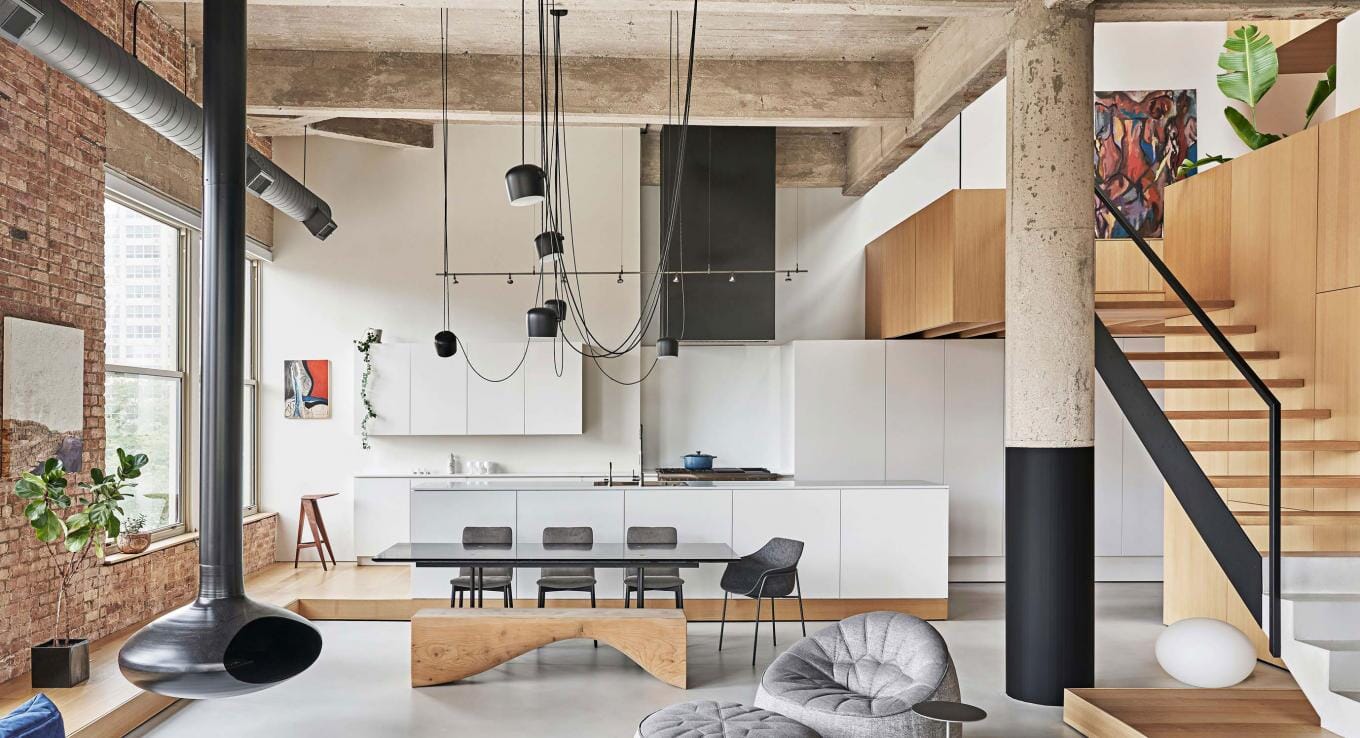 Located in Chicago, Vladimir Radutny Architects have renovated a century-old structure that was initially built for automotive assembly and display. While Michigan Loft’s past uses meant that the building was extremely spacious, it meant that it functioned poorly as a domestic space. 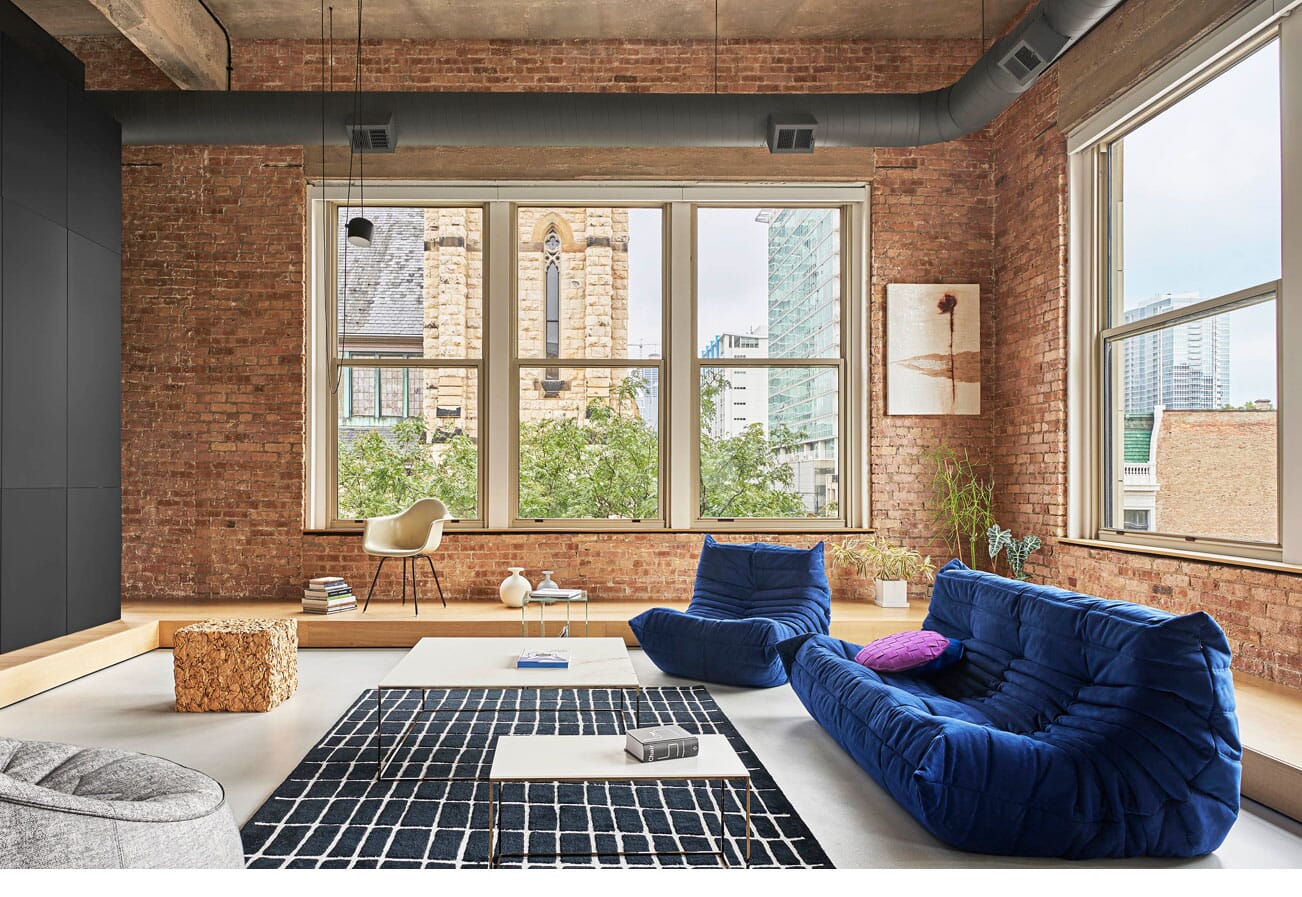 Vladimir Radutny Architects realised that the first step towards renovating the apartment would be redesigning the way that space was used, delegating private areas and public areas while forming a fluent dialogue between the two. 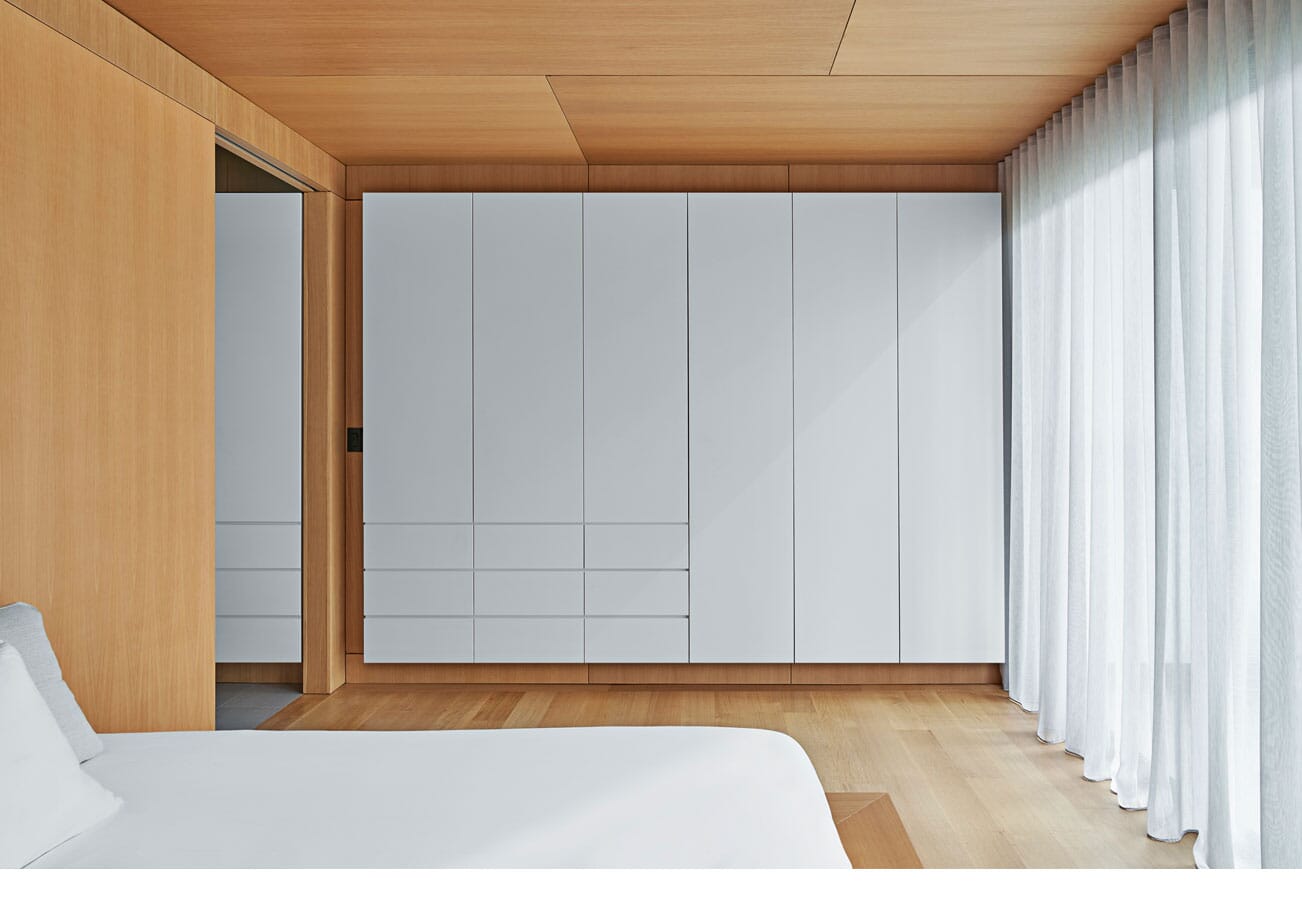 As such, the bedroom is a simple cube made of black steel situated away from the perimeter of the loft for noise and temperature control. Like the raised bedroom, the kitchen area was placed on top of a raised platform. The two distinct areas form visual anchors for Michigan Loft.

Using scaled architectural components, restraint in terms of materials and dramatic lighting throughout, the architects succeed in minimising the feeling of being in a large, industrial room. This being said, the use of glazing and light colours ensures that the openness and clarity of the space is maintained. 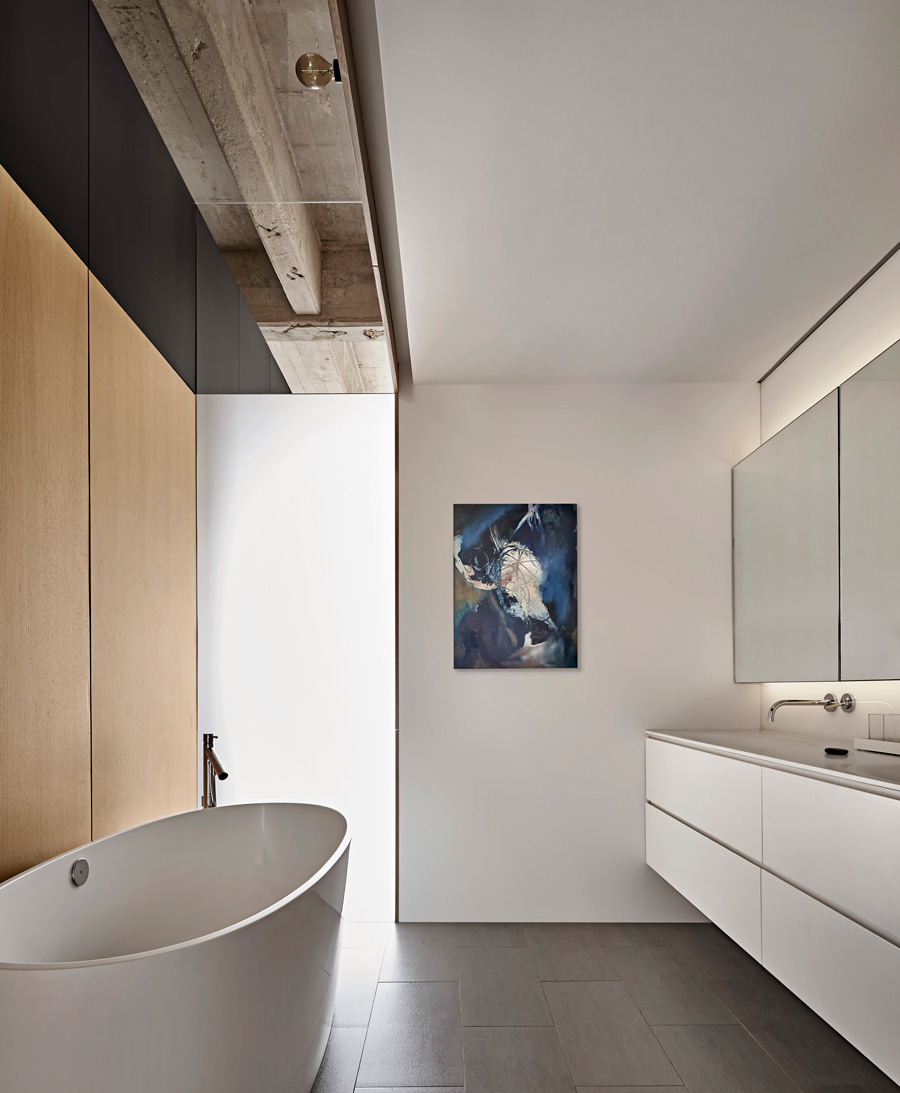 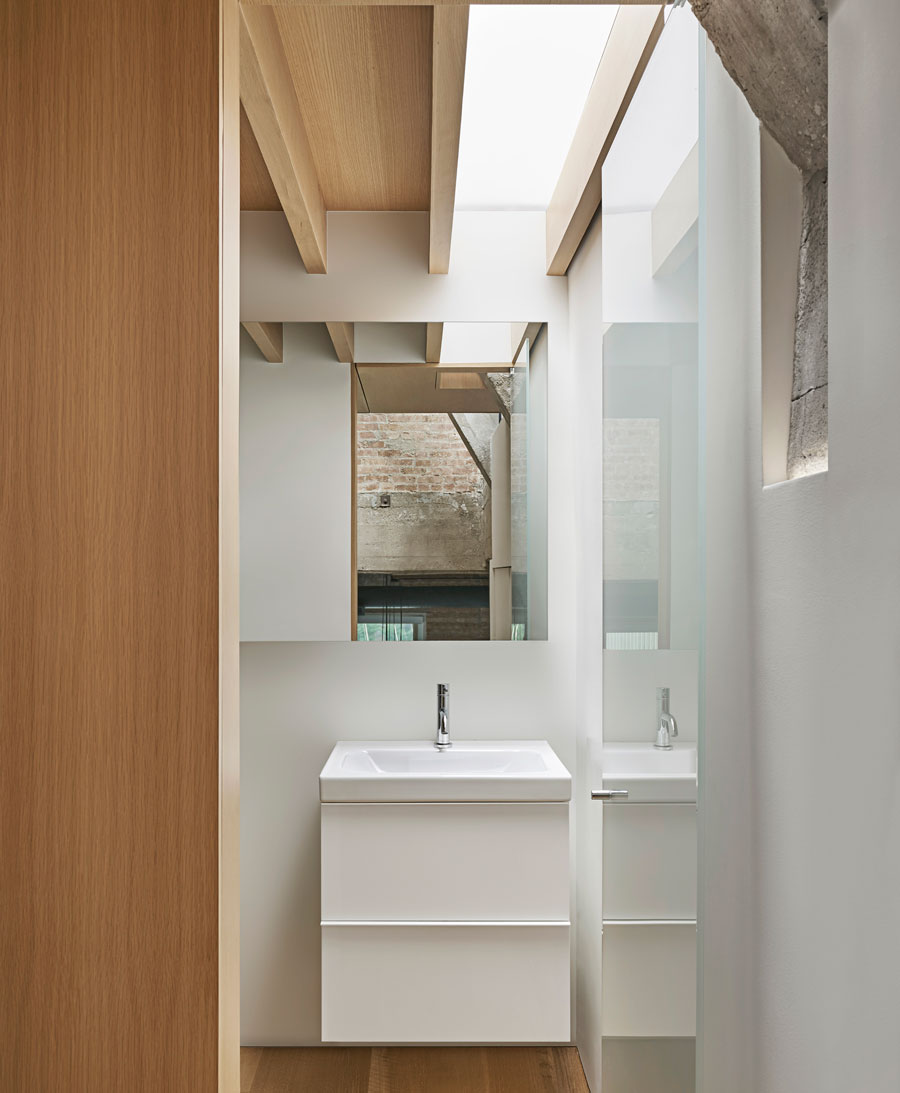 Michigan Loft is not only intended to be a living space, but an experience. Moving between the levels will reveal a variety of unexpected vantage points and views. Windows frame views of one of Chicago’s most iconic streets, Michigan Avenue while a trip to the upper loft will uncover a vast outdoor garden boasting views of the city’s famous skyline. 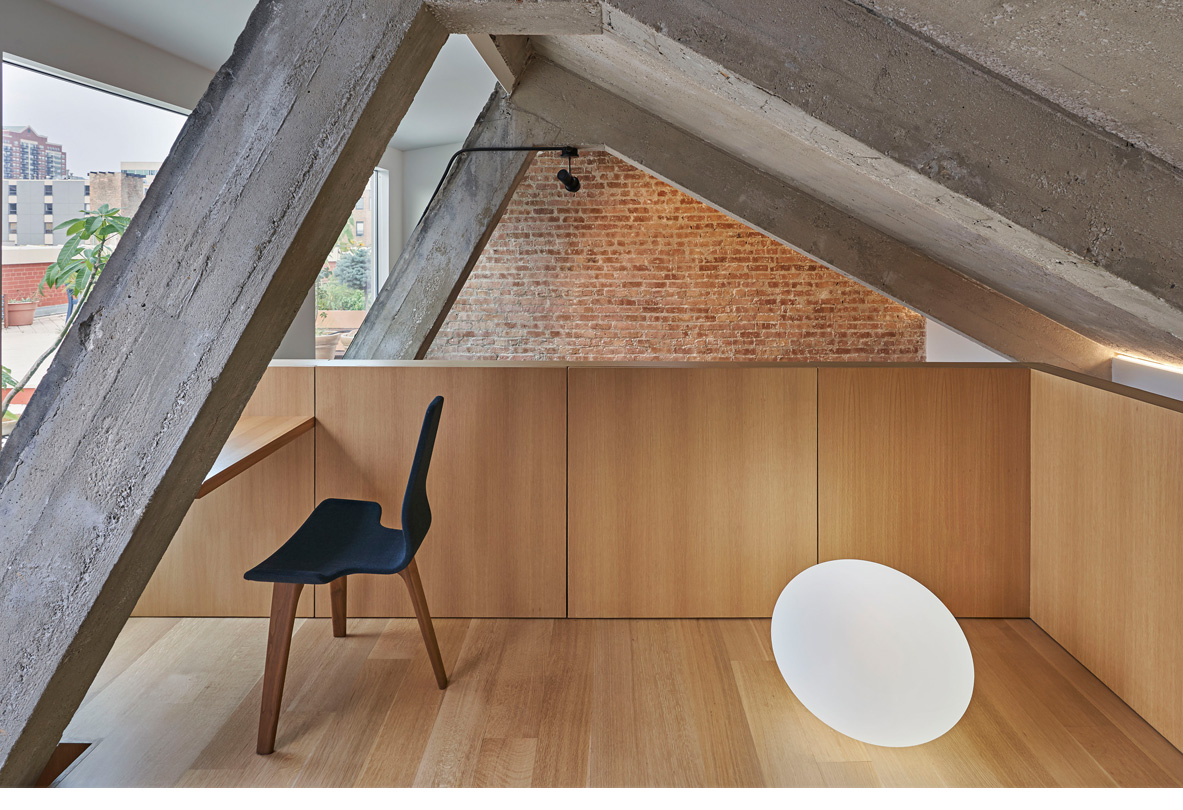 For another renovated penthouse, take the tour of this Barcelona apartment.