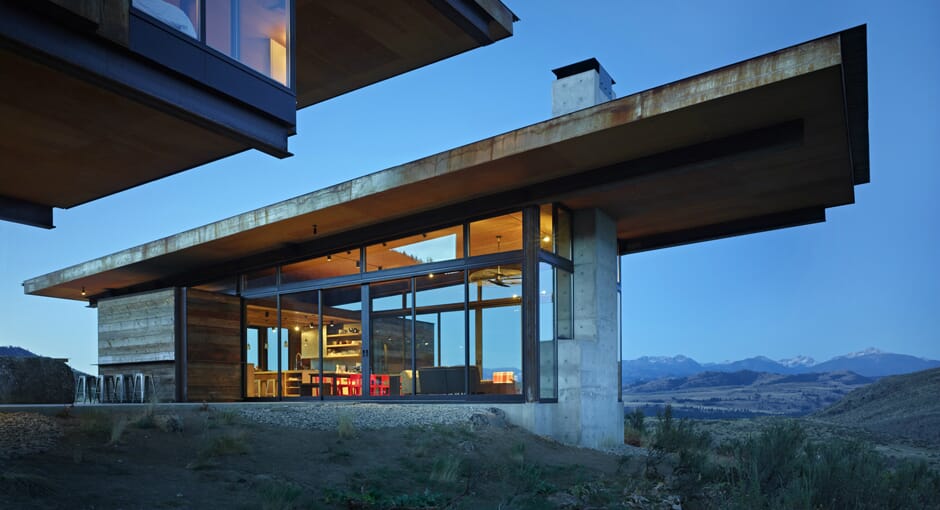 Residing high up in the hills of Winthrop, Washington, stands Studhorse; a majestic family home for those with a penchant for adventure. Designed by Olson Kundig, previously featured in the OPUMO Magazine, the Seattle based architects work to the design principles that buildings should serve as bridges between nature, culture and people.  With the Studhorse house, nestled away in Winthrop where the climates range from forest fire summers to snow heavy winters, a perfect portrayal of their inventive design identity.

With inspiration garnered from a campsite, the house boasts four buildings centring around a pool and courtyard. The compositions of the houses are one of a tough, rugged exterior, due to the high desert climes.  Yet inside the interior remains warm and comfortable to reflect the feeling of a sleeping bag.

Before the installation of the house, the site was completely empty, besides a glacier erratic -  a rock that glaciers drop as they recede.  But that natural phenomenon was used as the vocal point for the project, and can now be viewed as a piece of furniture as it sits so close to the bar.

Elsewhere, the views from the swimming pool are simply spectacular, courtesy of the Studhorse Ridge and Pearrygin Lake surrounding the compound. While the entire living room is enclosed in glass, designed to open up during the warmer months to allow the inhabitants to enjoy the benefits of modern, spatial living. The house remains in touch with nature, with the rustic theme throughout the interior of the property decorated with salvaged wood from an old barn for an added touch of character.

The perfect marriage of nature and innovative architecture; take a closer look at the magnificent Studhorse Home below. 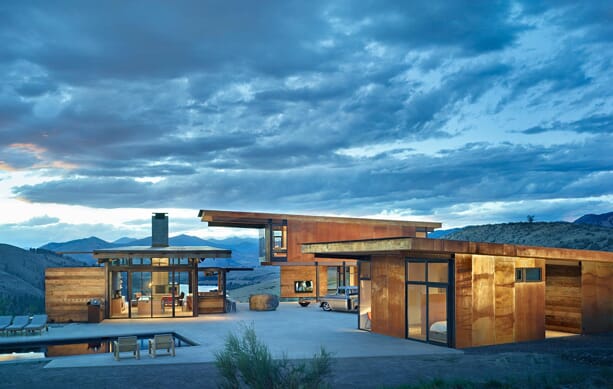 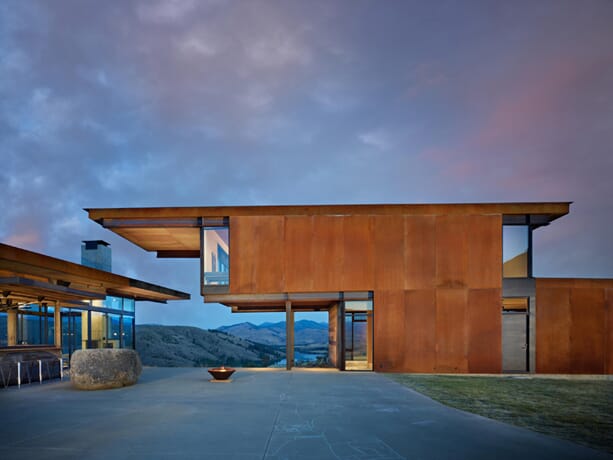 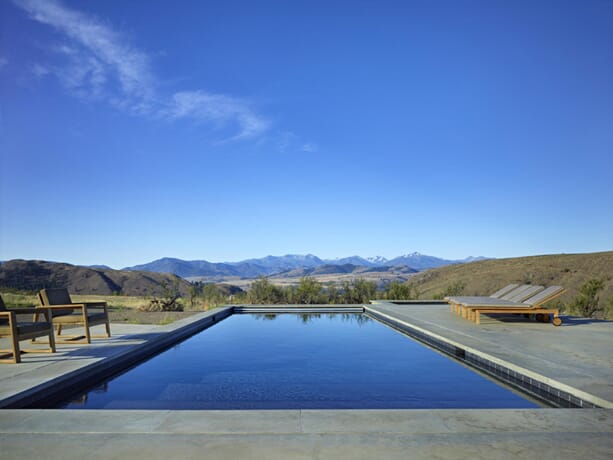 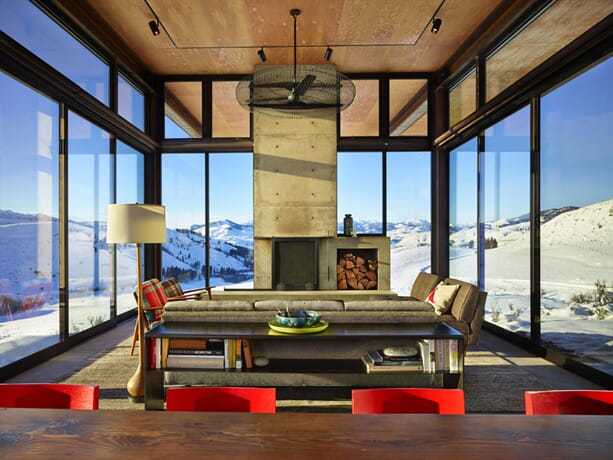 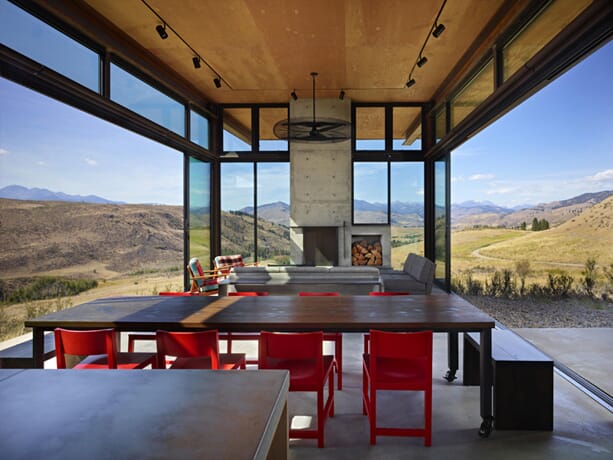 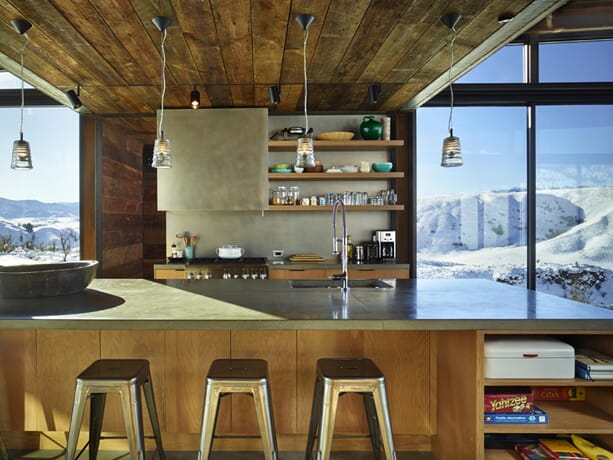