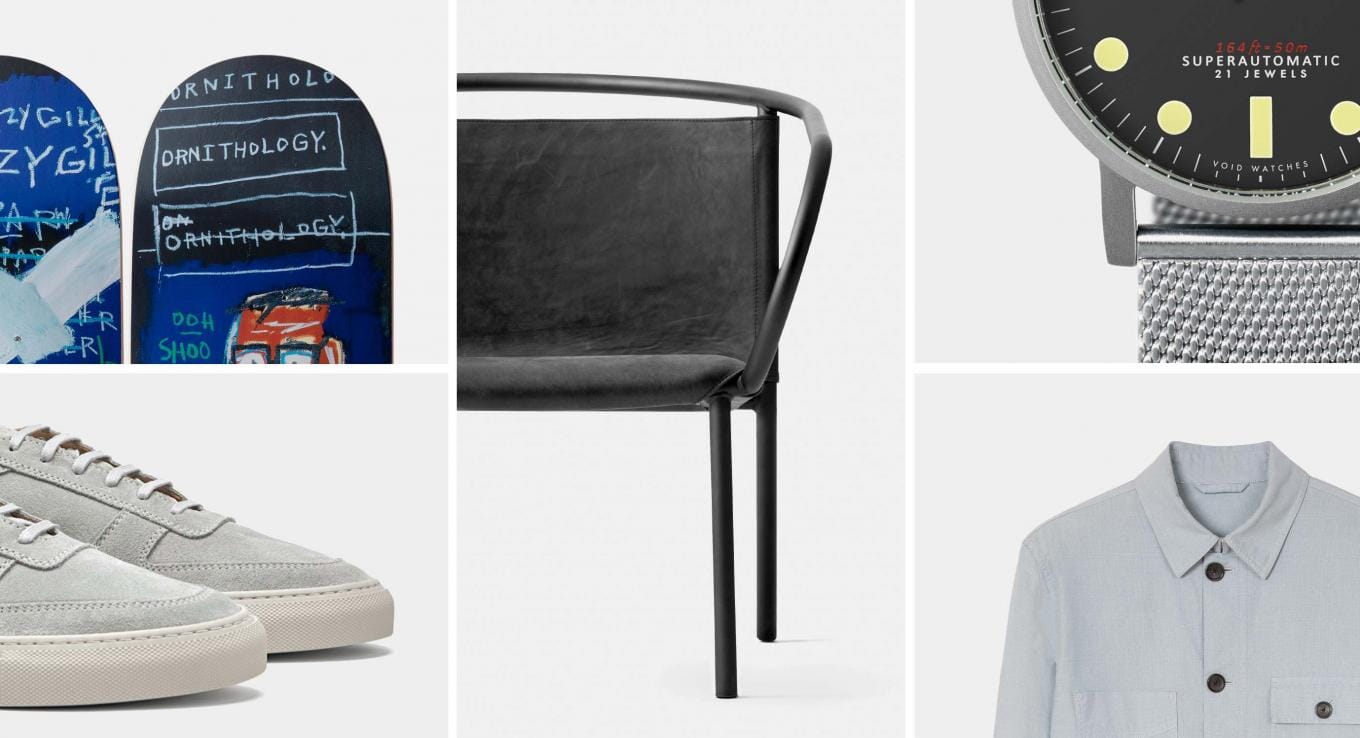 Spring is the season of new beginnings, making it the ideal time to reassess the contents of your wardrobe and to shake-up your interior a little bit too. We’re here to help you out by pulling together another edition of the ‘Top 5’ to bring you up to speed with the best new arrivals in the world of modern design. This week it’s a real good one; packed with a host of the latest releases including a stand-out jacket from Paul Smith’s OPUMO debut, some brand-new CQP sneakers and a collectible Jean-Michel Basquiat skateboard from The Skateroom. 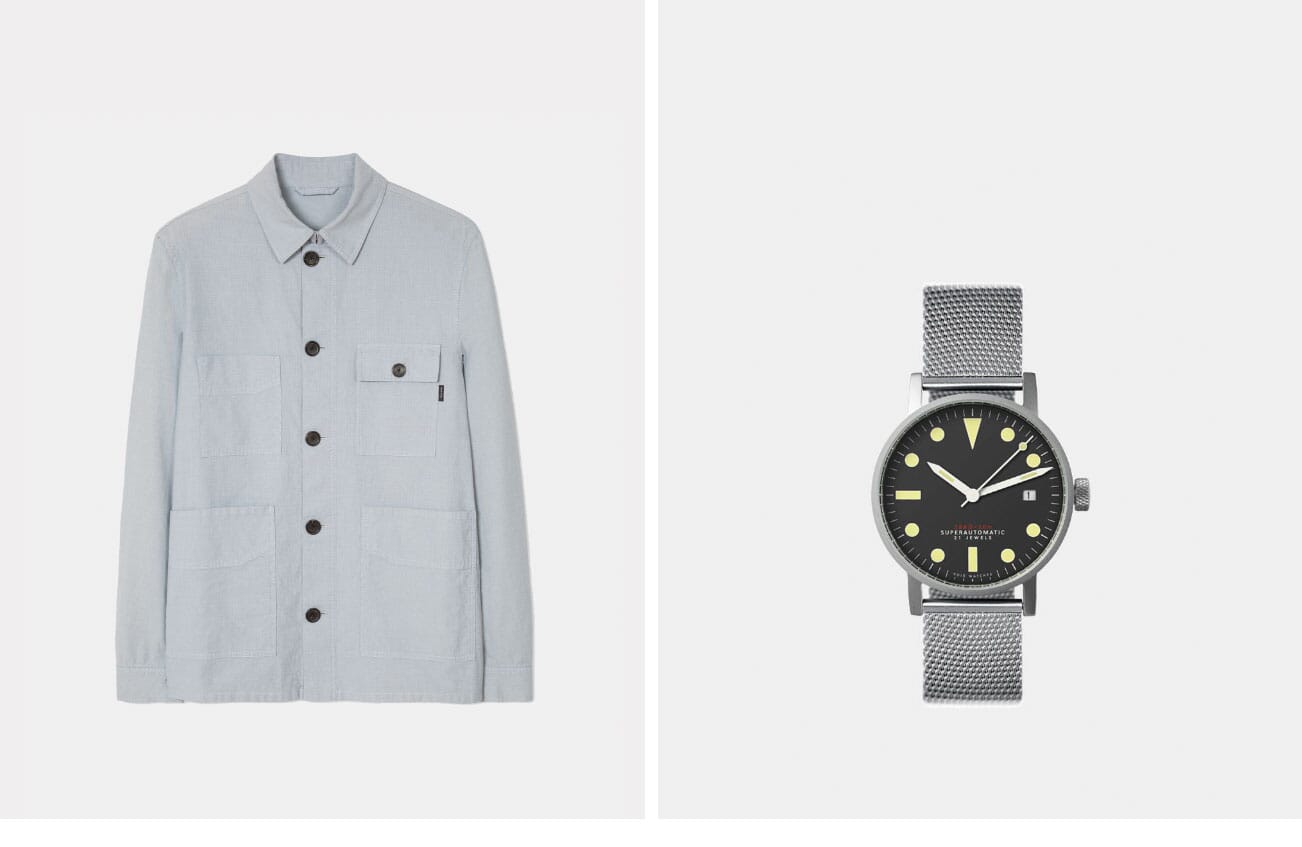 We’ll start with the real big news. Paul Smith – one of the most recognisable menswear designers of the last forty years – has arrived at OPUMO. We're incredibly pleased to have them on the platform too. The tough bit, though, was picking out a favourite piece for the Top 5, such is the strength of the latest collection. We’ve managed it. Just. It’s this Paul Smith Pin-Dot Chore Jacket.

As you would expect, Paul Smith have transformed a classic piece of workwear in the form of the Chore Jacket into something more contemporary. Made from a soft cotton cloth with stretch for added comfort, this classic light grey jacket features a subtle pin-dot pattern, giving it more of a tailored edge, alongside the three exterior patch-pockets. Wear it over a lightweight knit and a pair of loosely-tailored trousers and you’ll be set for the entirety of spring.

Originally founded in Sweden and now based in Hong Kong, Void founder David Ericsson and fellow designer Michael Young, have become well-known in the world of watches for its paired-back aesthetic and high-quality material choices. This week, the brand’s rigorously detailed watch range has welcomed in a new timepiece – the V03M. The perfect merger between old and new – with incredible mechanics on the inside and nostalgic aesthetic on the outside – the V03M brings together iconic shapes and colour schemes from the last five decades of watch design. Making it one of the most straightforward and easy-to-wear timepieces around. 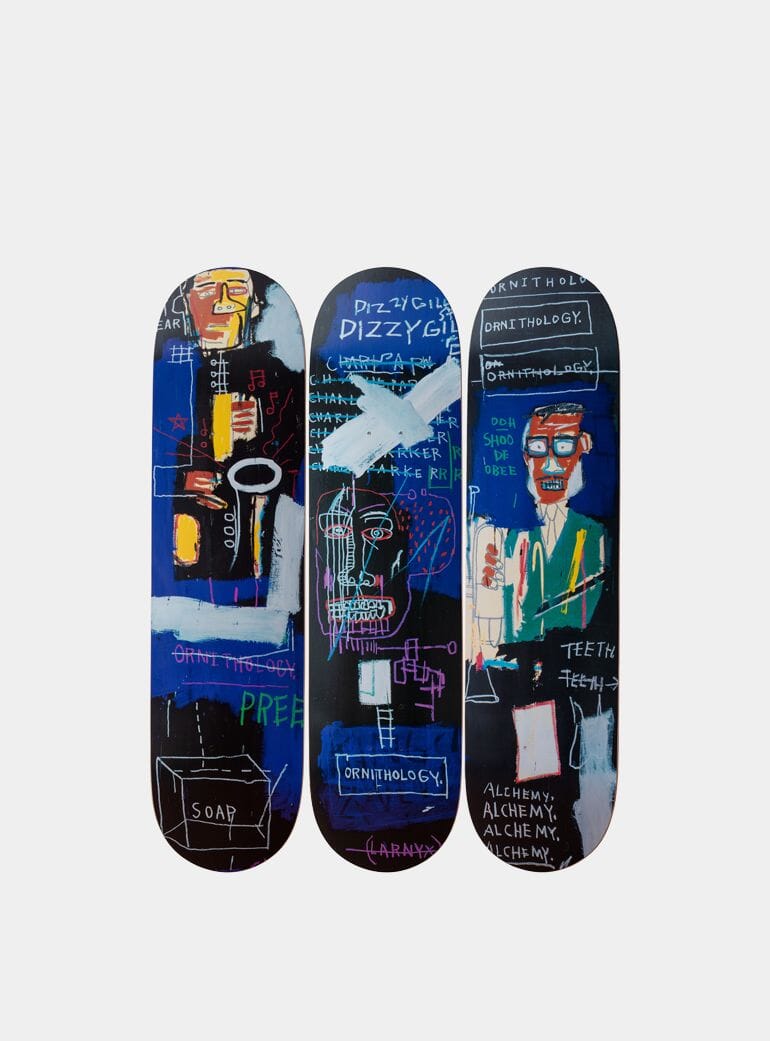 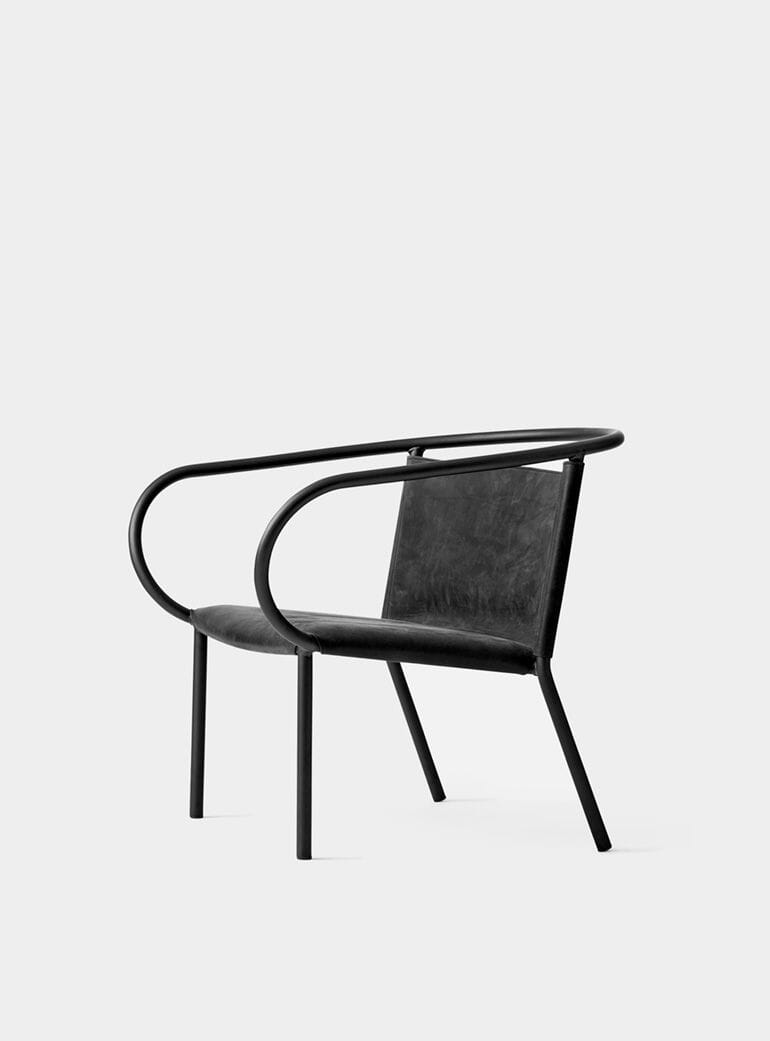 Claiming a piece of original art from your favourite artist is no easy feat, you know that. But that’s where The Skateroom come in. The social entrepreneurship whose main purpose is to help empower youth around the world using at and skateboarding, are back with another exclusive The Skateroom x Basquiat skateboard collection and it’s a real winner. The latest collaborative series takes on some of Basquiat’s most famous motifs, such as this Horn Players motif from 1983, which has been emblazoned on a special-edition triple skate deck for the very first time.

Danish designer chairs have stolen our hearts one too many times before and its happened again with the all-new Menu Afteroom Lounge Chair. The Menu Lounge Chair came about by combining inspiration from two iconic chairs of early modernism; the ‘Thonet Bentwood Armchair’ by Michael Thonet and the ‘Spanish Chair’ by Borge Mogensen. The combination of these two classics resulted in something entirely new – just as elegant as the Thonet and as comfortable as the Spanish Chair – but a bit more premium. That’s courtesy of the aniline leather that will age with time and character. 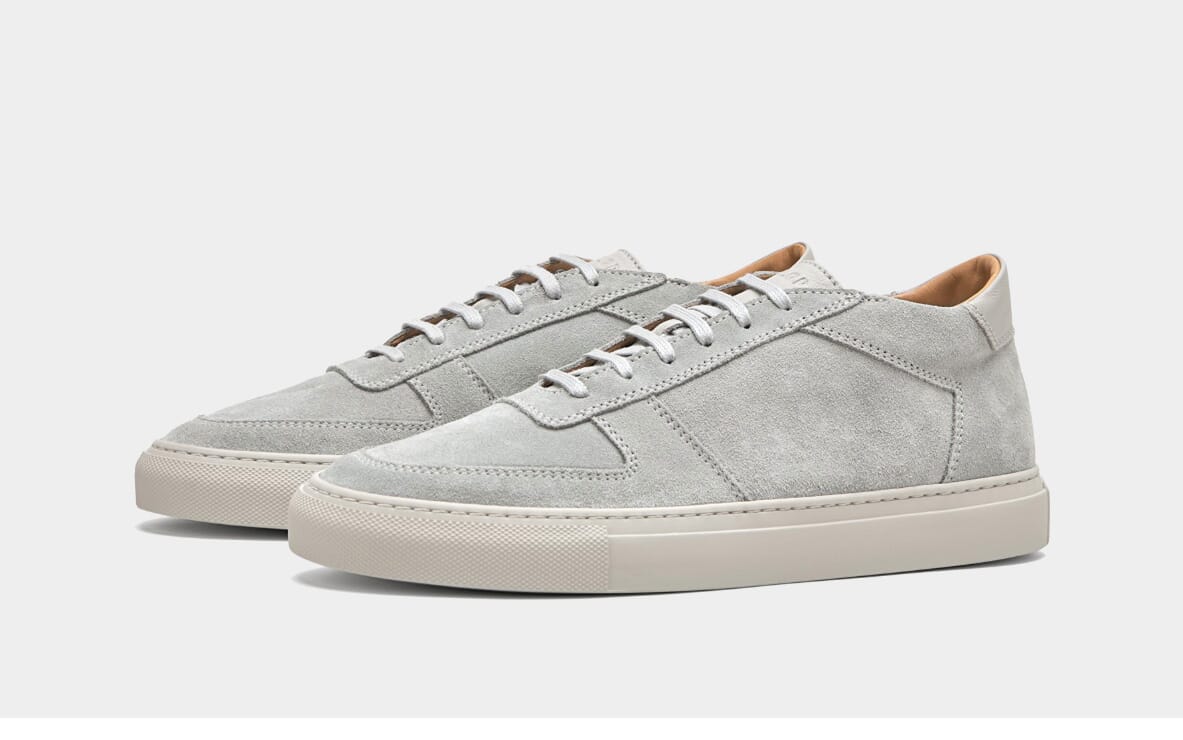 Whenever CQP release a new sneaker its big news so we thought you should be the first to know about the Swedish brand’s latest – the Quartra. CQP have taken a quarter top sneaker silhouette – which takes hallmarks of 90s tennis and skateboarding shoes - and given it a narrow and elegant last to make the shoe easier to wear in warmer months. They promise to drop even more new sneakers in the coming weeks too, so be sure to keep an eye out on 'Latest' to see them land online real soon.