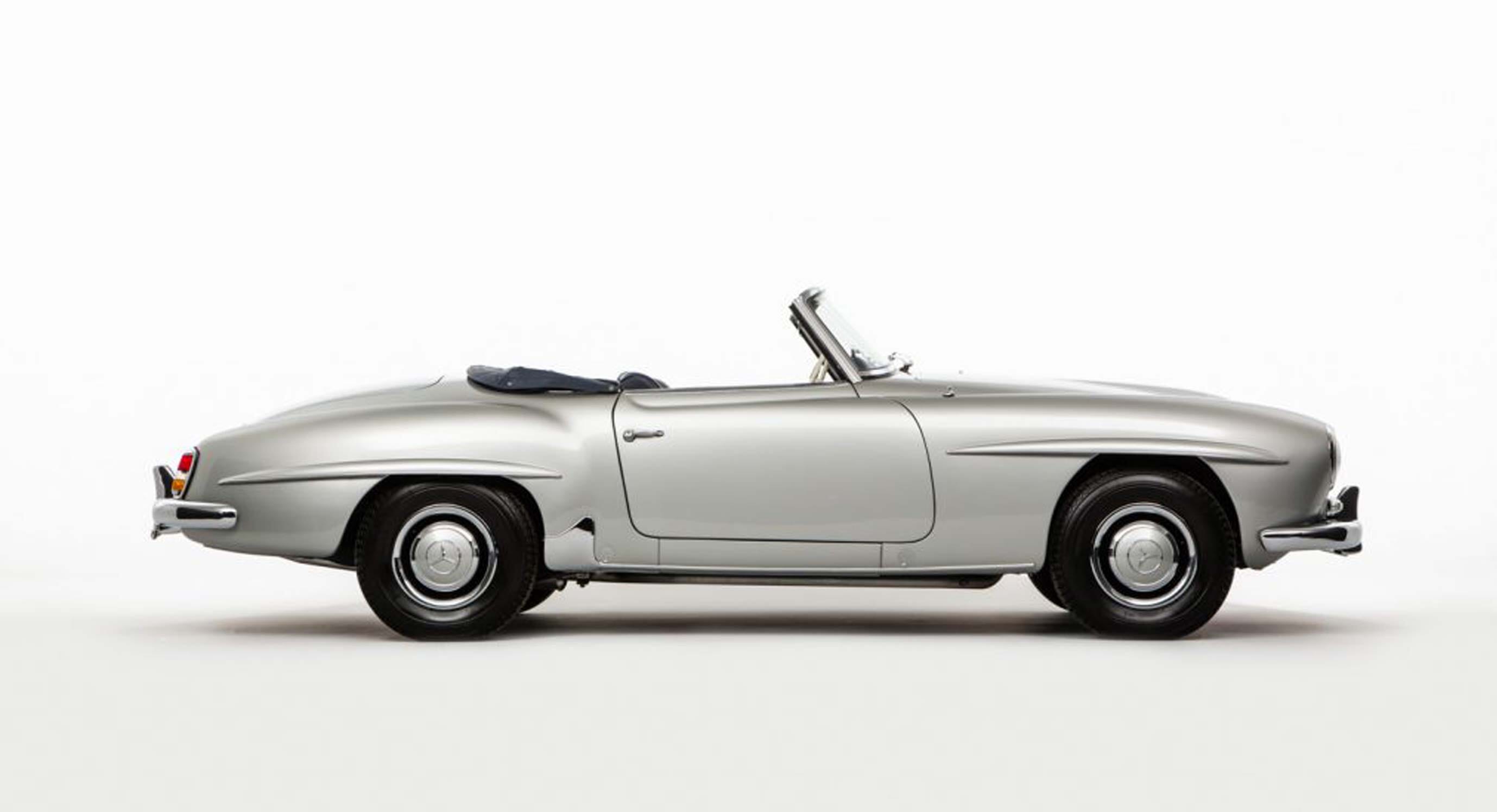 Produced between May 1955 and February 1963, the Mercedes-Benz 190SL was initially referred to as the W121 and first saw the light of day at the 1954 New York Auto Show. While most could not get their hands on the coveted 300SL, the Mercedes-Benz 190SL presented a more affordable and available alternative. Sharing the same basic styling, engineering, detailing and fully independent suspension, the two cars really were family. 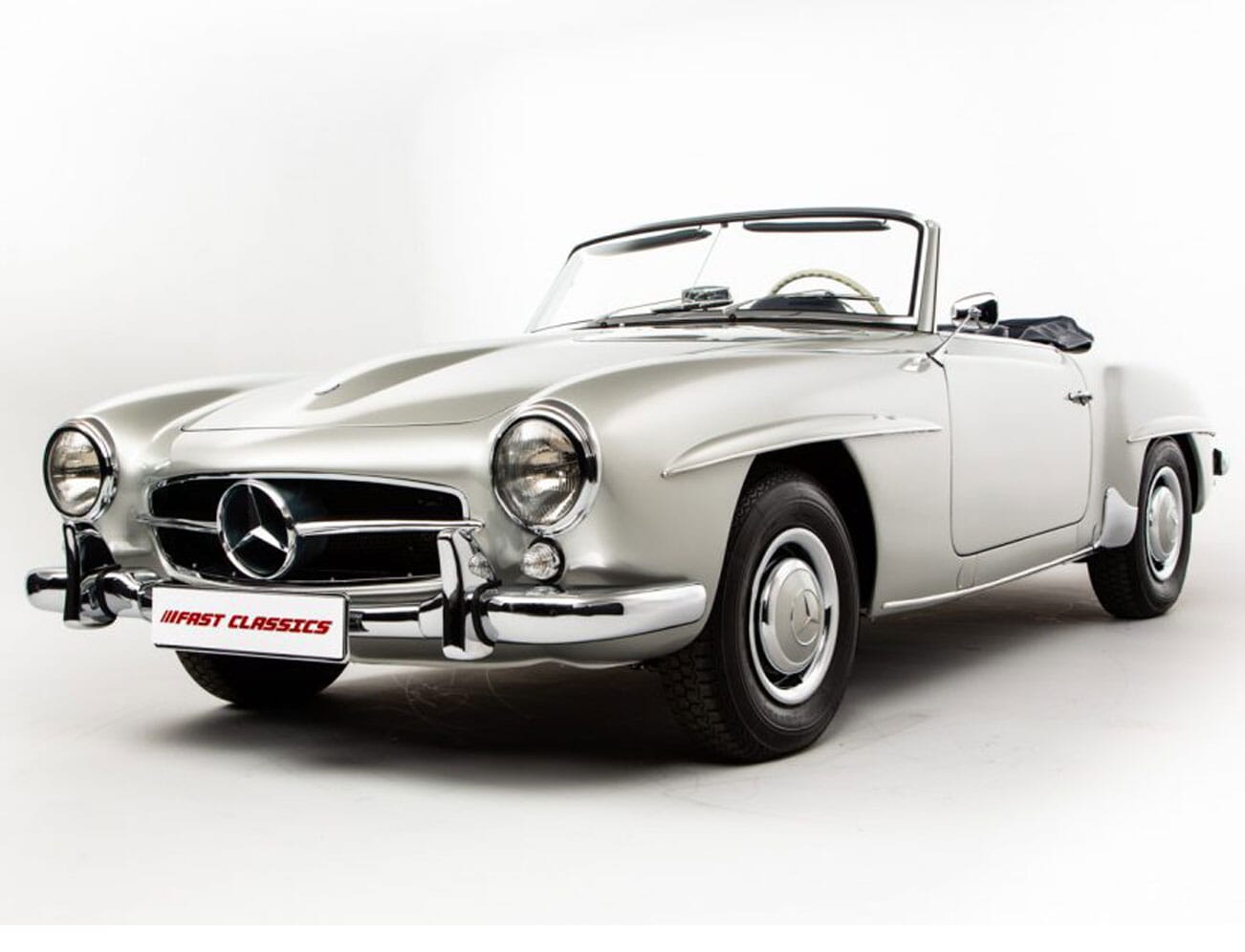 Take a look under the bonnet and yes, you’d notice some differences but the similarities are undeniable: the 190SL was powered by a new, oversquare Type M121 BII 1.9l straight-four SOHC engine that was heavily based on the 300SL’s straight-six.

Coming to this particular example of the model, you’ll notice from the off that it’s in near-perfect condition. The liquid shade of silver that coats the exterior is in pristine condition and the body itself has just been subjected to a 3 year full frame-off restoration that finished in 2016. The chrome work is shimmering and the lights and glass show no cracking or misting. 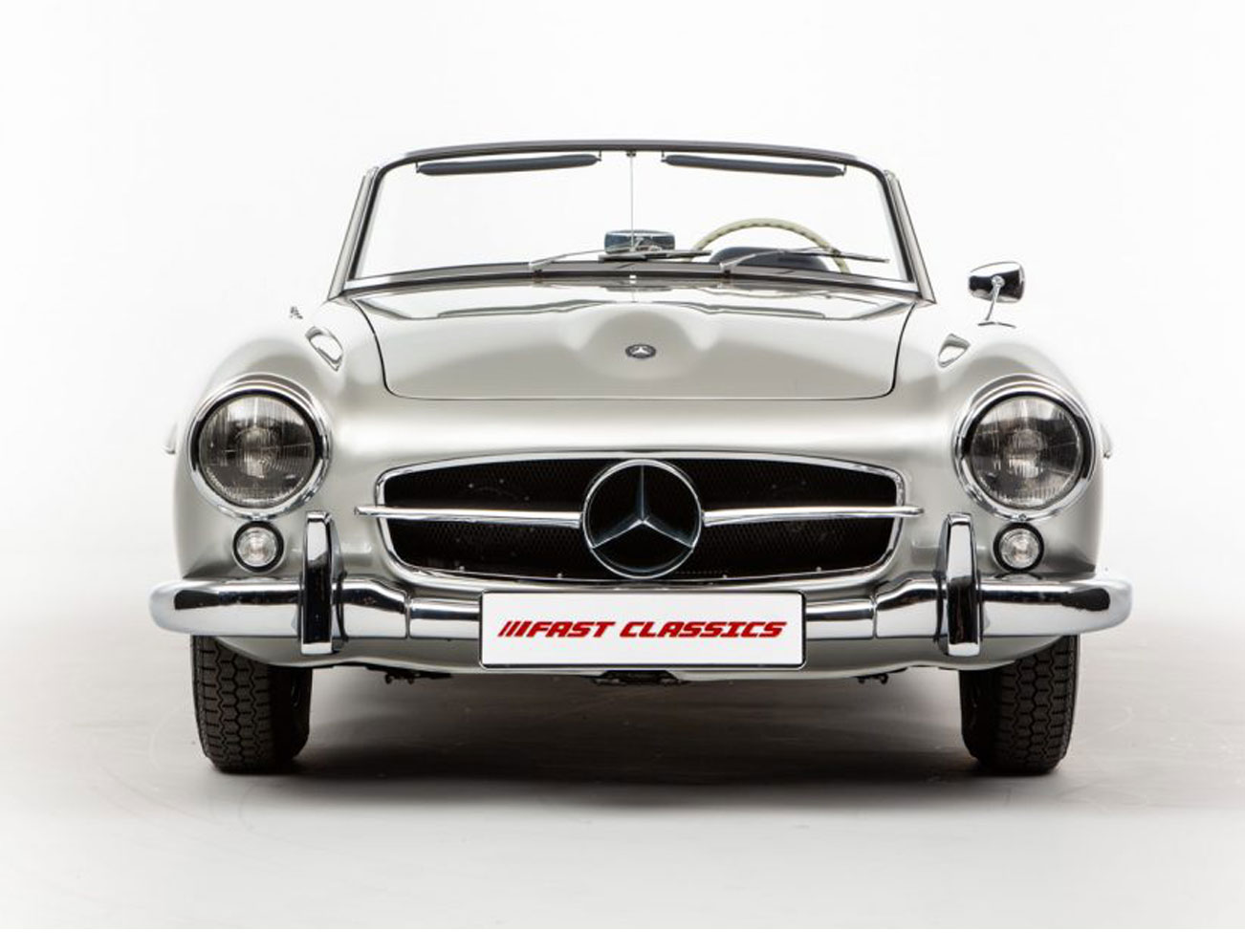 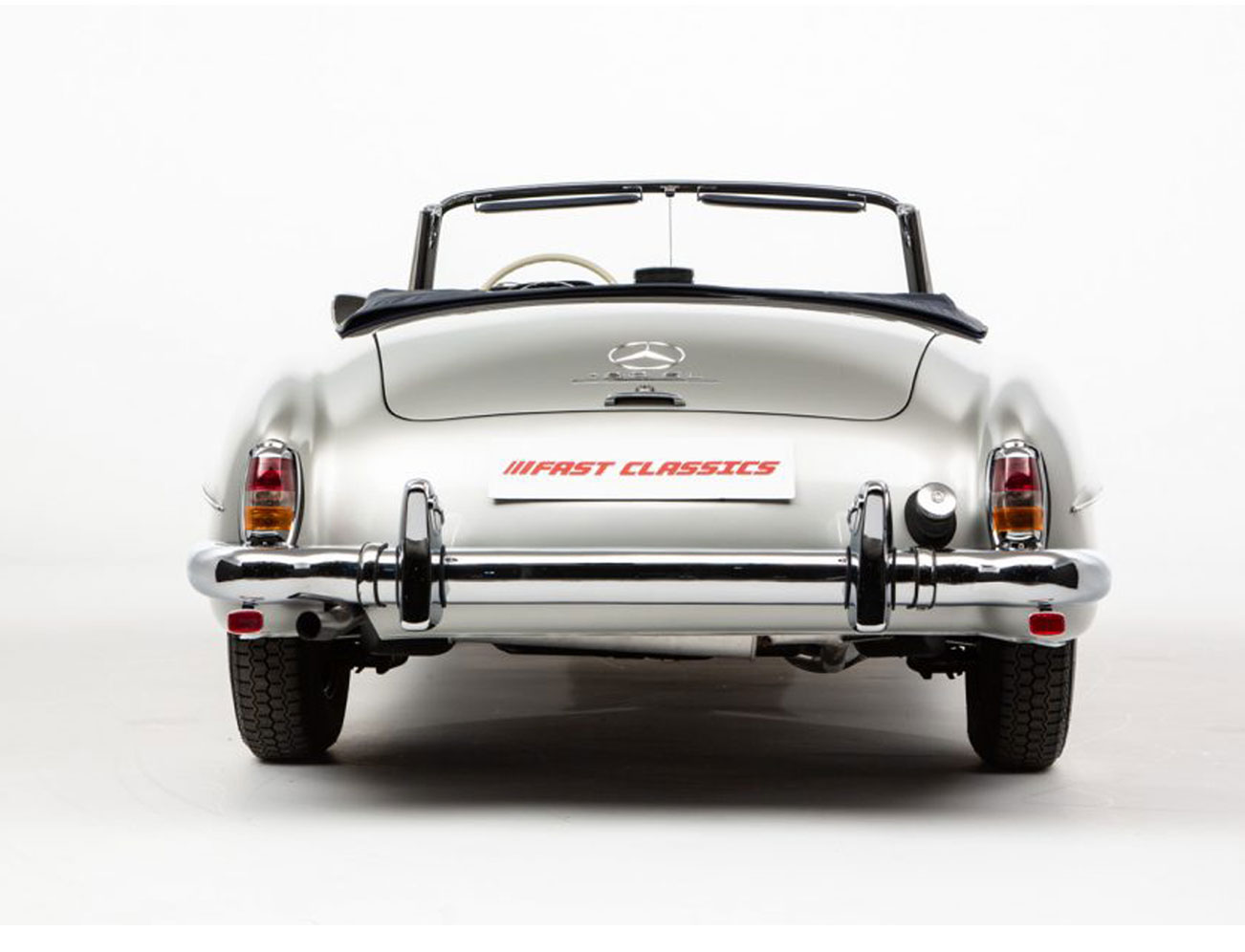 Now for our favourite part: the interior. This motor is so tastefully upholstered that it hurts. The navy blue leather interior contrasts with the silver bodywork to striking effect. Finished with a sleek ivory-tone steering wheel and gear knob – we’re reluctant to say it, but the interior of this machine may well be perfect. 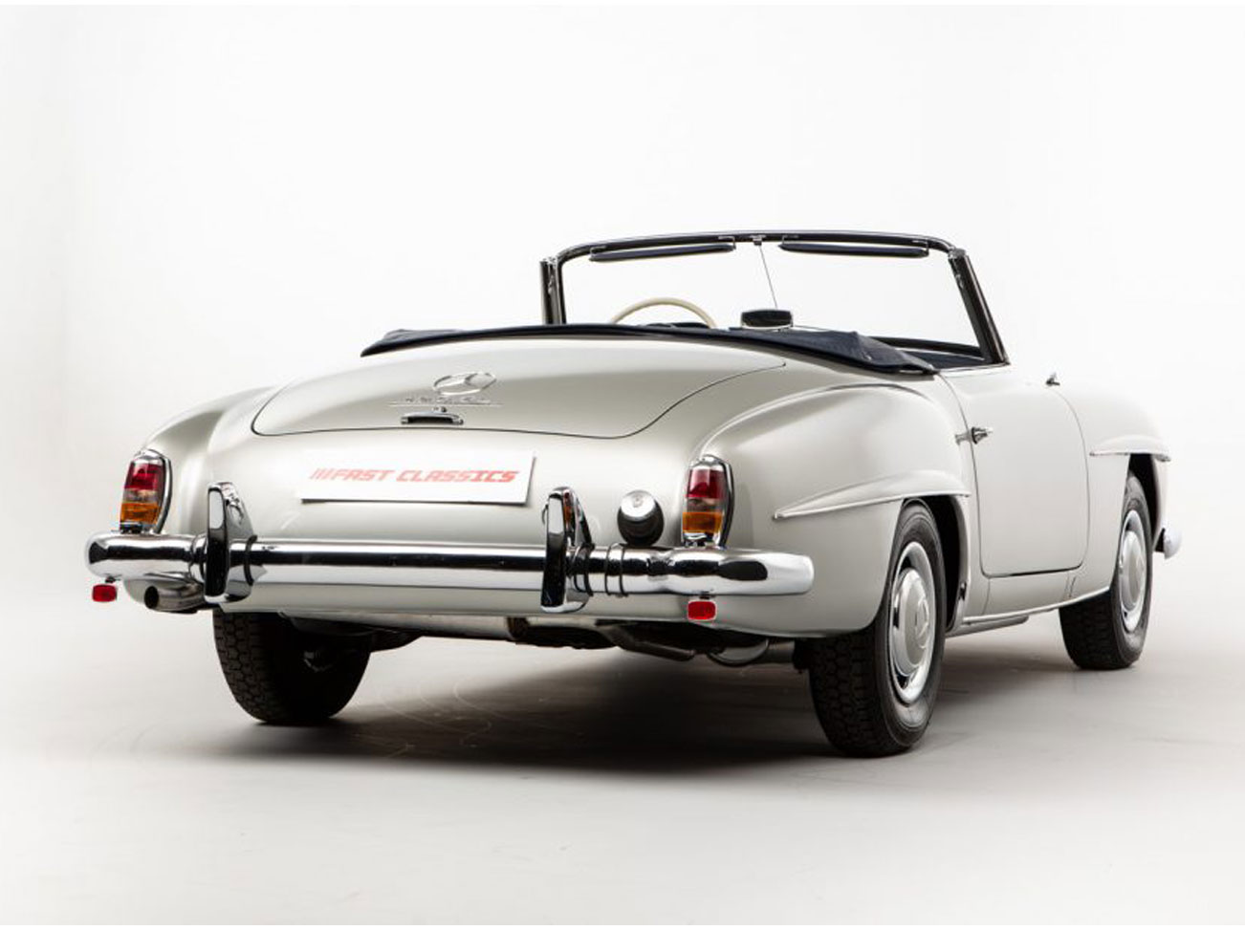 You can find out more or purchase this car at Fast Classics.

This 1964 Aston Martin DB5 is sure to give you your classic car fix.