This Award-Winning Minimalist Home is Small Yet Spectacular 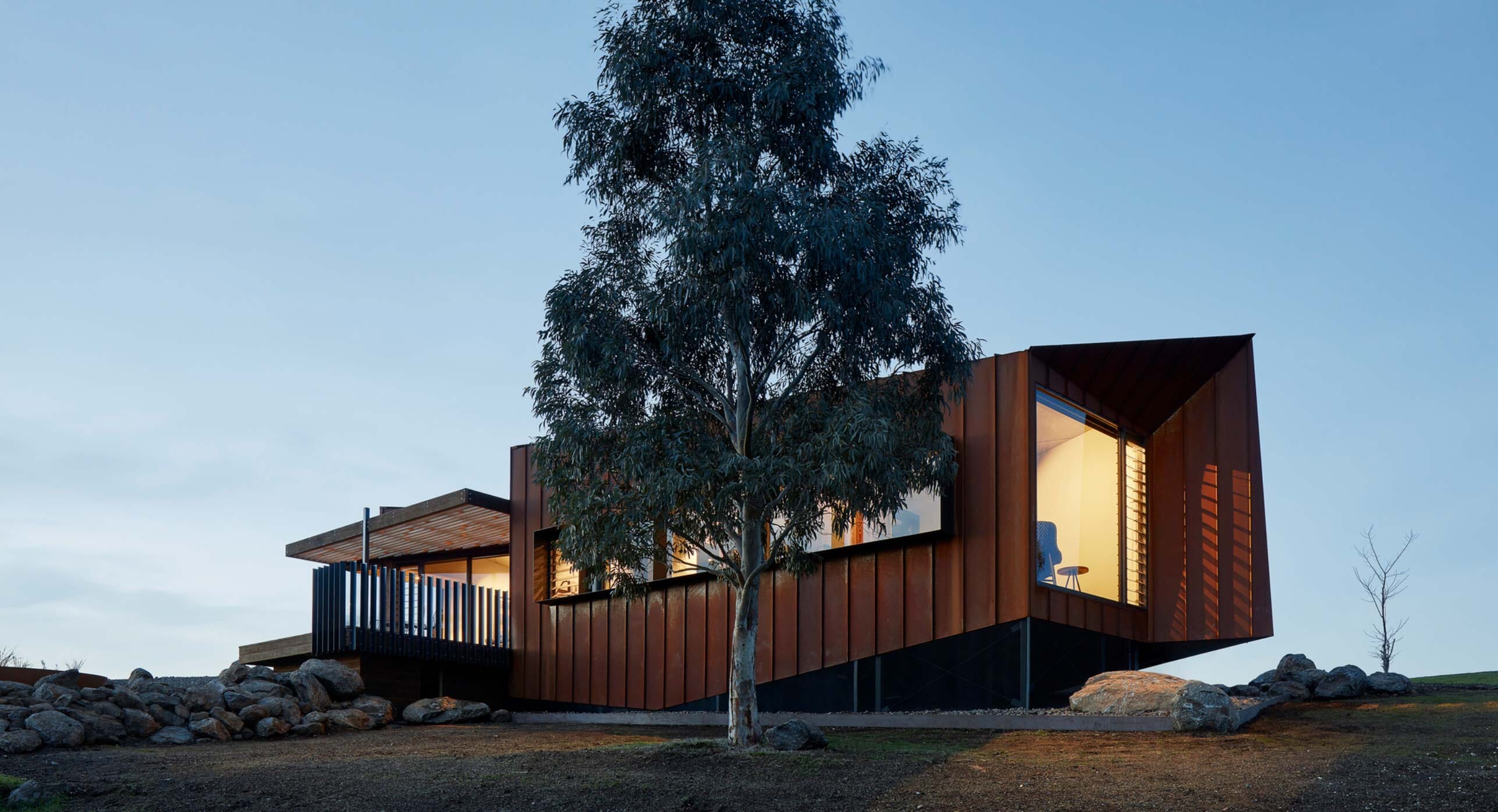 Conceived as an intimate retreat that will become part of its landscape, Oikos is a stunningly minimalist piece of architecture by Robert Nichol & Sons. Oikos is set just outside the Australian spa town of Hepburn Springs, and what it lacks in space, it makes up in superbly realised detail. 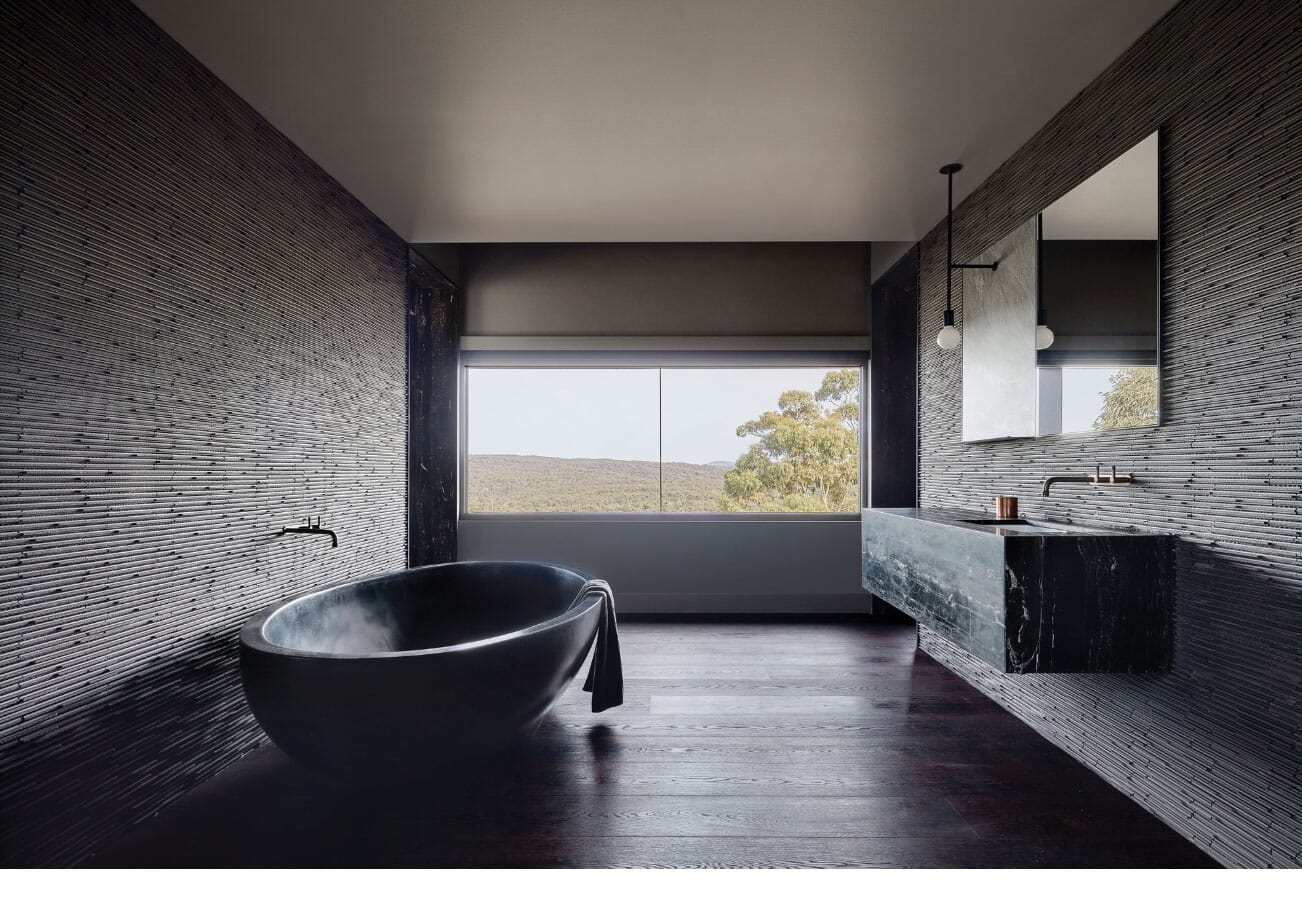 The architects describe Oikos as a "sculptural creation". The angular lines of its steel-clad exterior, designed to weather rust red, echo the rise and fall of Breakneck Gorge, as this area is known, perhaps as a warning to the unwary. The house itself appears to rise up at one end, as if it's just emerged from the earth. 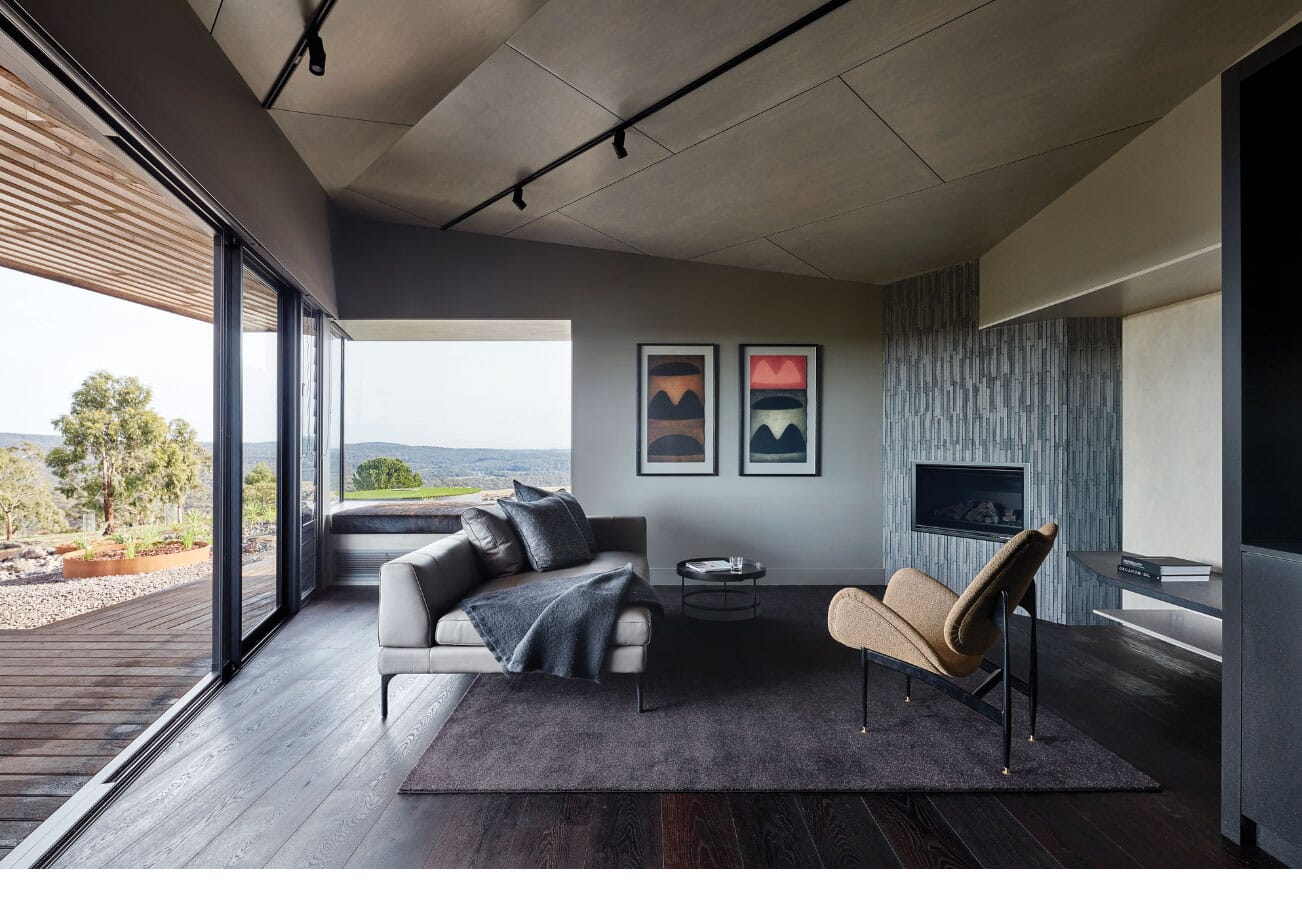 Oikos is a courageous creation. Behind that rusting facade lies an interior designed to sooth the senses. Dark wood flooring and panelling is complemented by dark - often textured - walls, creating a womb-like ambience to the living area, even as picture windows take in the view over the valley. 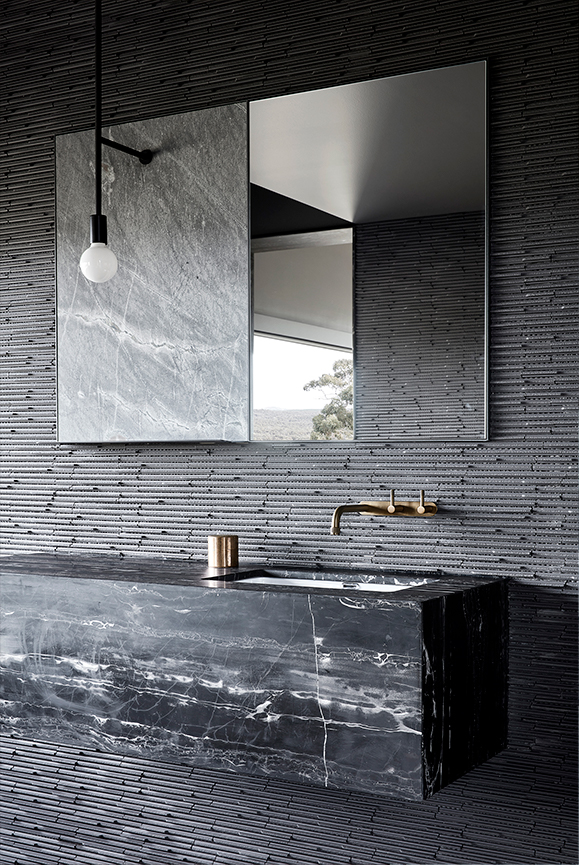 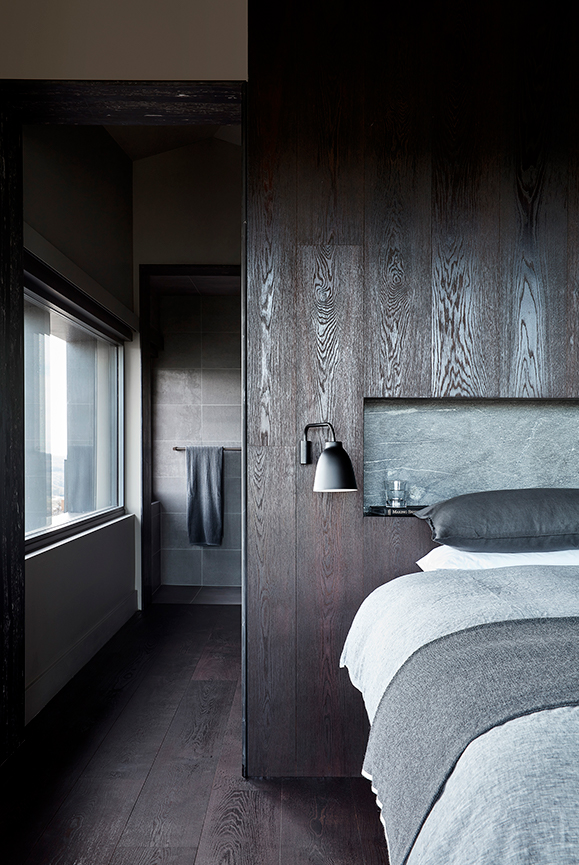 A single sybaritic bedroom has its occupants waking to the outdoors through wall-sized glass. A sleek bath invites long soaks in an adjacent bathroom with its own large window and private view.

The very definition of small, but perfectly formed. 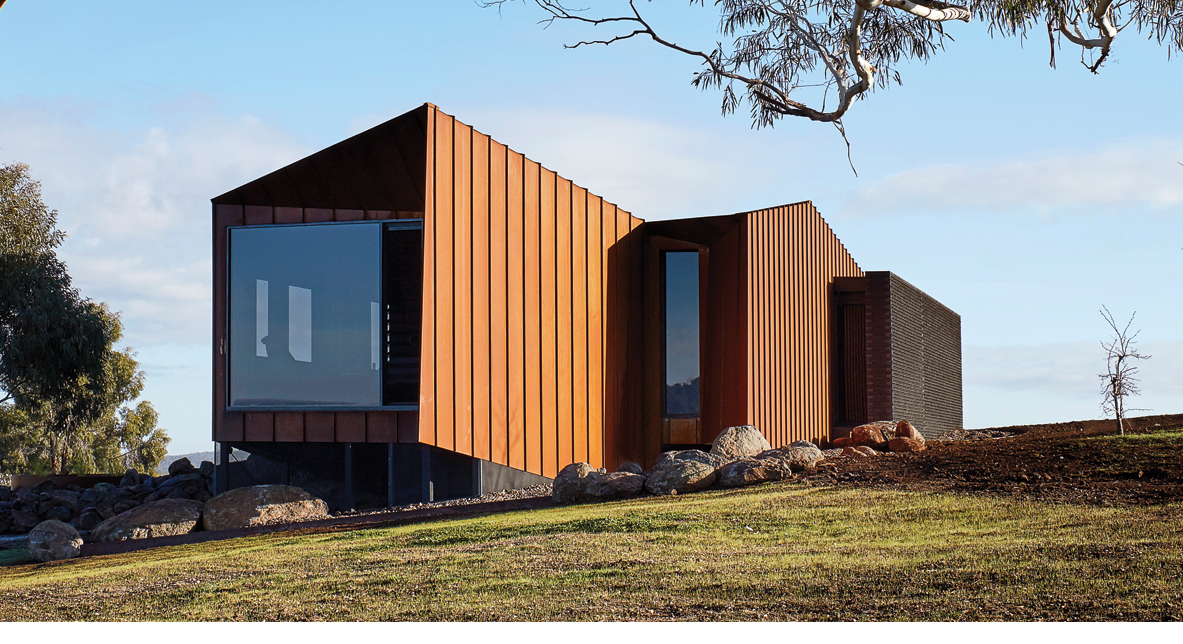 Discover more of Robert Nichol & Sons incredible work by heading to their website and following them on Instagram.

If you’re in the mood for more of the world’s finest architecture, then check out CDM’s modernist cave carved into a rocky Mexican hillside.