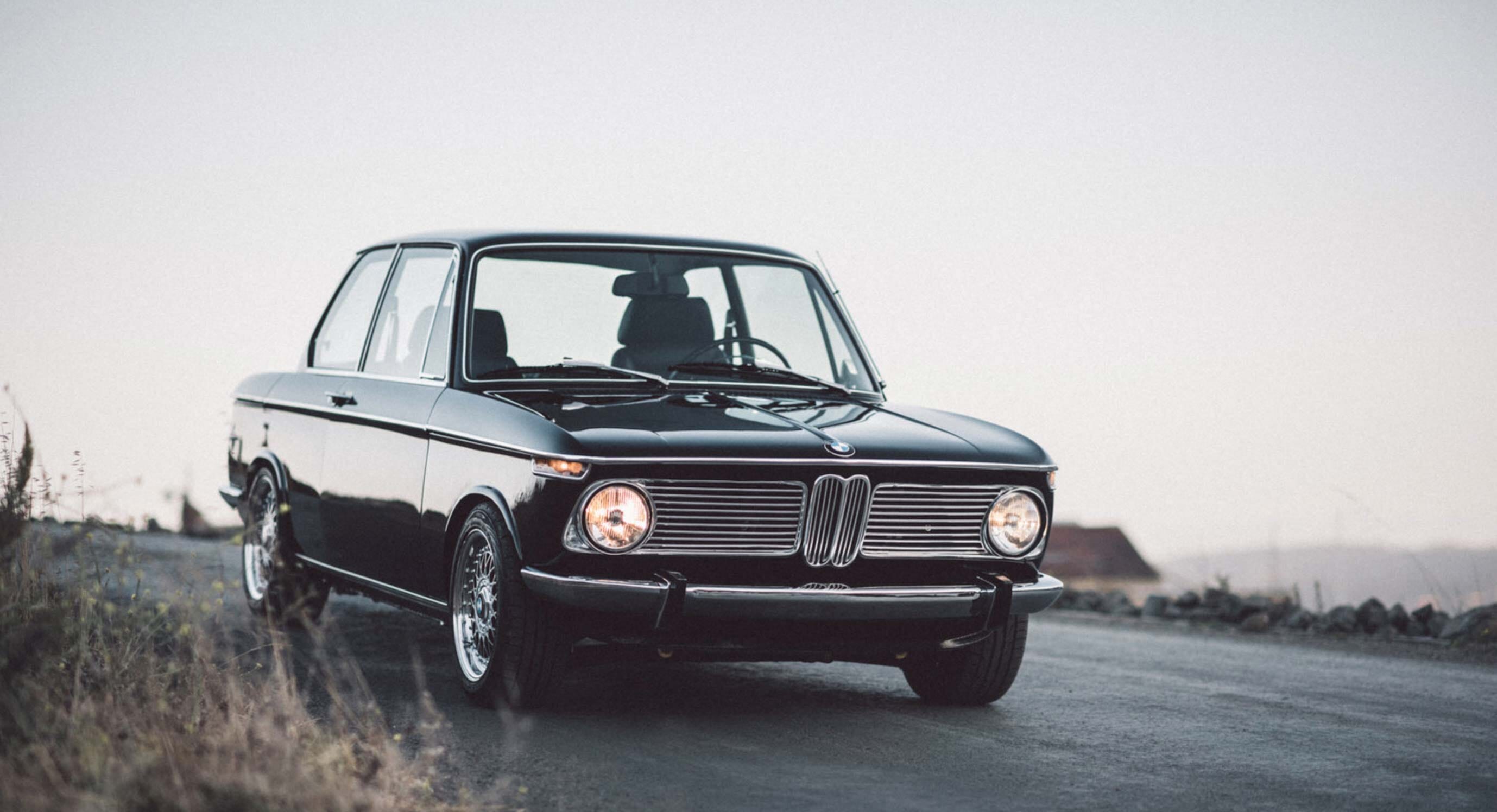 Courtney’s work focusses on classic cars in incredible detail. It’s full of close-up details, enviable run-arounds and an array of rare classic cars that you’ll be hard pushed to find anywhere else. So, if you want to discover a bit more about one of the best automotive photographers out there and add a slice of spectacular photography to your feed in the process, then check out the latest edition of ‘Who We’re Following’ below.

Tell us a little about Courtney Cutchen. Where’d you grow up, what were you like in school and, may be, what are some of your passions of yours outside of the one you’ve devoted your life to now?

I’m a 25-year-old freelance automotive photojournalist based in the San Francisco Bay Area. I was born in Palo Alto, but went to school and grew up in then-quiet Livermore, CA. I was brought up on a 180-acre farm, where we took in ex-racehorses from the track and raised cattle. My father’s career was on the starting gate at the racetrack, so you could say I grew up around the original measure of racing. I spent most of my youth covered in dust and usually on the back of a horse. I was by no means a ballerina-princess kind of child.

Art was also a constant in my life from the time I could hold a pencil, so my younger years were filled with drawing and painting. I took up photography later on in high school and adopted it as my career path after I graduated. I lasted a couple of years in college until I finally decided that it simply wasn’t for me. I knew I wanted to pursue photography but didn’t feel I needed a degree for it. I also didn’t learn well in a classroom setting pertaining to art—I’m very much hands on when it comes to creative topics. So, with all of that, I decided to drop out and start my own photography business. 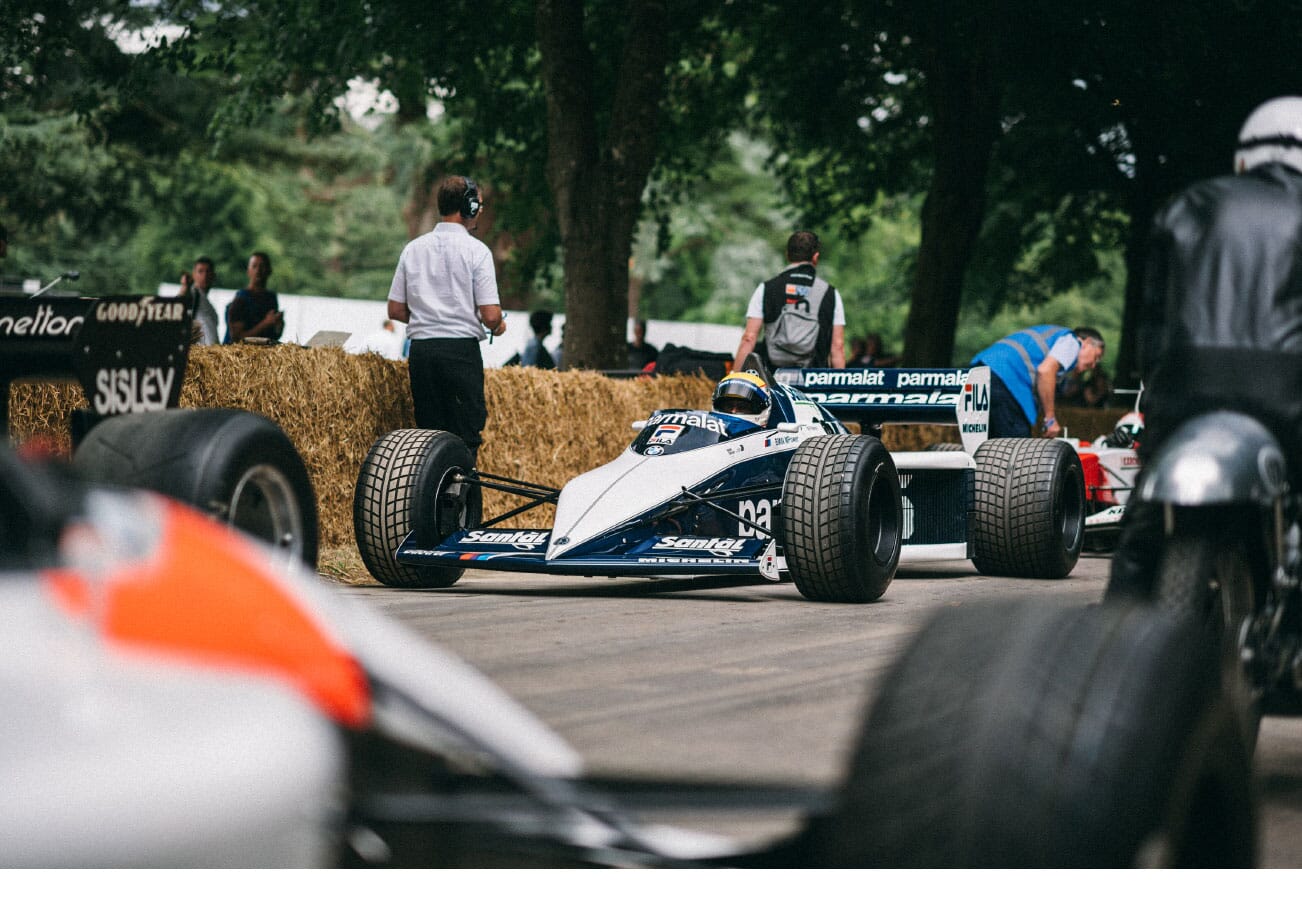 So, how did you get into cars and photography so deeply?

The two really grew together. I had always liked the way classic cars looked, but I knew nothing about them. I really only knew what a Camaro and a Mustang were. In high school, I started getting into photography more seriously, and simultaneously signed up for auto shop class with my best friend. That’s where I learned about the fundamentals of cars and how to work on them in a basic way. I sort of connected the dots from there, I learned about cars, and fell more in love.

As for photography, I always just shot photos around our ranch with whatever camera my mother had—mostly random point and shoots. I really dove into the love of photo when I got my very first camera to call my own: a Nikon D3000. After that, my grandmother passed down to me her Minolta X-700 35mm camera, which she used to photograph her family for so many years. I think that’s when sentimental value and photography really intertwined for me. I see creating photos as such a vastly personal and beautiful thing.

What was your first car?

My first car was a 1992 Cadillac Sedan DeVille. I know, super anticlimactic. It was passed down from my grandmother and was deemed safe enough to be my first car. It leaked every fluid and eventually would shut off if you stomped on the accelerator. Real quality, American craftsmanship. My father kept it going for a few years with many “healthy” doses of Stop Leak. 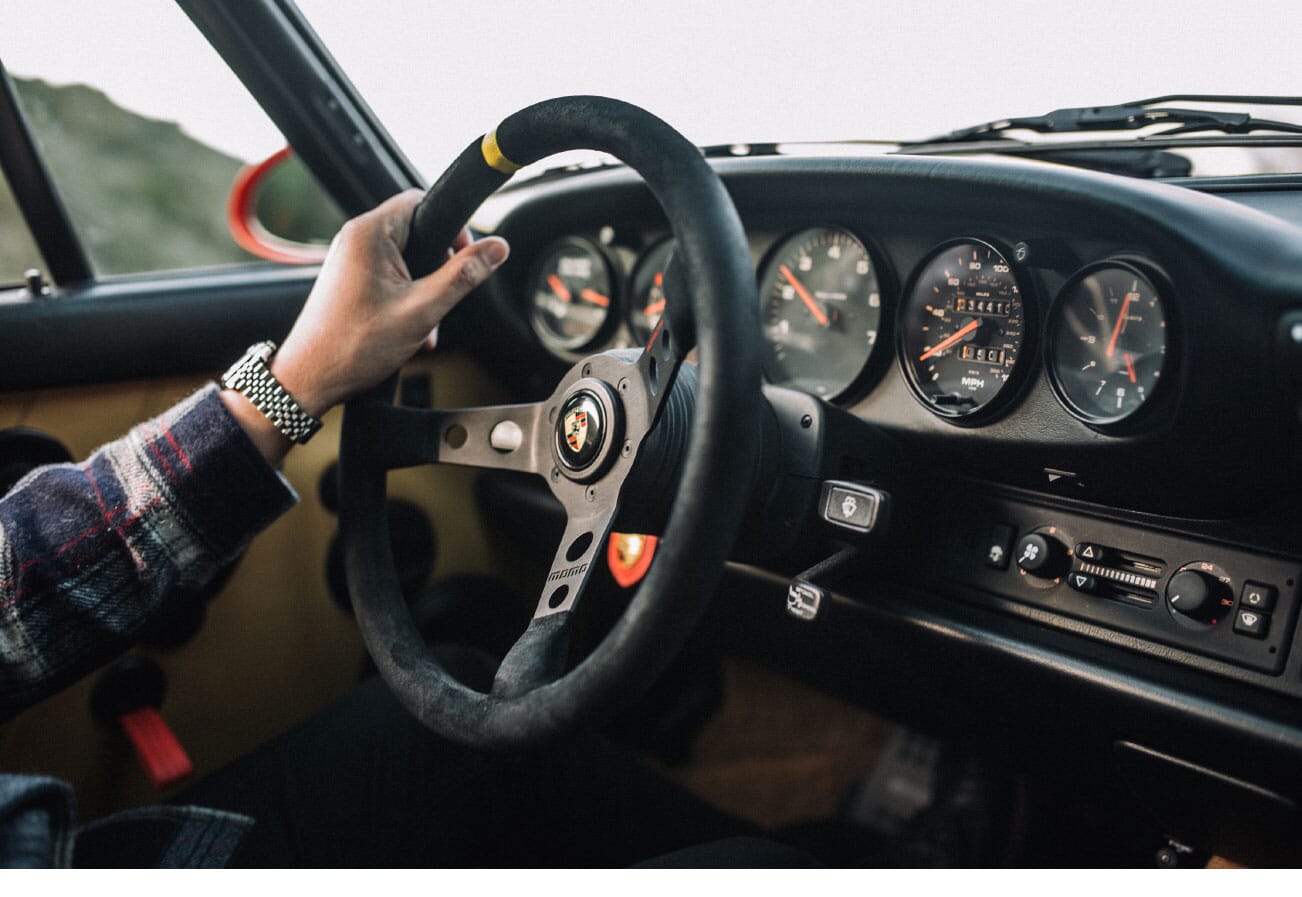 What was the model that first made you fall in love with cars?

The Datsun 240z. Before that car, I always simply liked certain cars and trucks, or thought they were cool. I never felt a genuine passion for a car until I discovered the 240z. When I first found out about them, it was because I had taken a liking to the Nissan 350z—my taste has clearly changed since then. My boyfriend at the time – who is now my husband - showed me a picture of the original Z car, and it was an instant obsession. Fast forward to 2014, and I had finally found my Z.

You’re based in San Francisco, but if your Instagram account is anything to go by, you travel a lot and your favourite cars range from all over the world. How’d that happen?

I worked for years to build my photography business. It wasn’t until I quit my awful retail job and left college that I decided I needed to make my dream work. I knew I wanted to document cars both visually and through written word, I just didn’t know where it would take me. I had no real plan, but what I did know was that I had never felt so determined about anything. At first, I struggled a lot with the stigma that had been engrained in me: art is not a “real job.” I was told I should be a nurse or a radiologist, or something that would make me a lot of money in my family’s eyes. I think things have changed a lot over the last several years as far as that mentality goes, though.

I didn’t really start traveling for work until I had been shooting for a couple of years. I remember attending the SEMA show in Las Vegas for the first time and feeling like I was doing something right. Today, I am incredibly fortunate and grateful to have clients who hire me to travel—from state hopping here in the US to creating photos abroad in Europe, I still find myself in disbelief that I could ever be this lucky. I am absolutely in love with what I do for work. 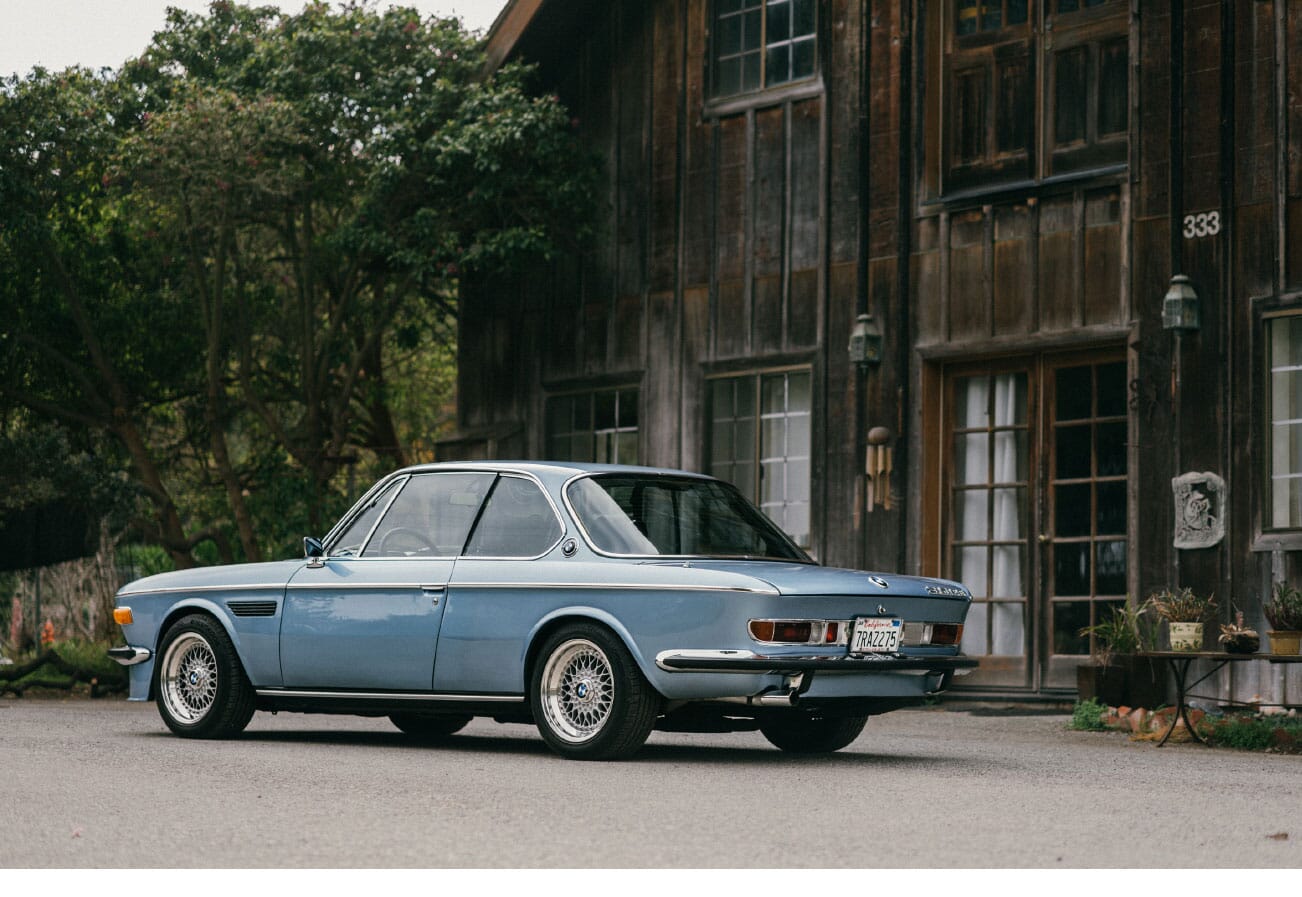 Would you say there’s a checklist of things that draw you to particular cars more than others?

Most often, it has to be a classic car. Modern autos are flashy and fun, but there’s just something about the soul and the character of an old timer machine. I’m most drawn to cars that have strong yet romantic profiles, like the Datsun 240z or the BMW E9. I like a car that has a lot of expression in its design. I think this is why classics of the 1970s stand out to me so much. You look at the top line of a Nissan GT-R Hakosuka or the rear 3/4 of a Porsche 930 Turbo and you see intention. Sure, both cars are a couple leagues apart in purpose, but they both tell a story.

What is the hardest challenge of being a freelance photographer, is it the balance of maintaining creativity and clients and the business side?

The business side of things has always been my least favourite side. I tend to be a hardcore people pleaser, and I’m an extremely friendly person. In addition, my art is my passion and I’m deeply, emotionally invested in it. This leads me to sometimes say “yes” to ten things when I should have said “no” to five of them. It also means that if I feel like I made a mistake or didn’t create my best work, it takes a real toll on my creative self-esteem. Over the last couple of years though, I’ve slowly felt out a balance of what is doable for me. 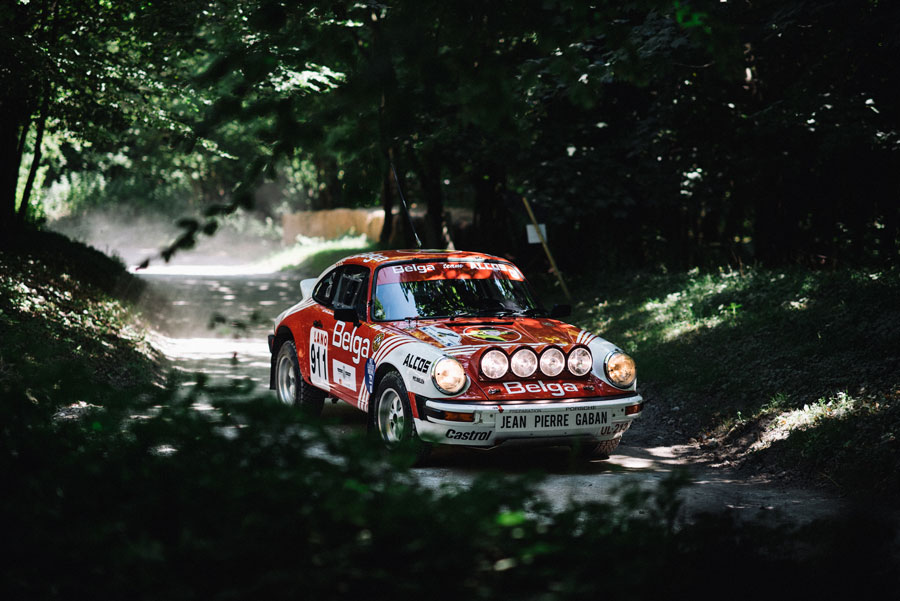 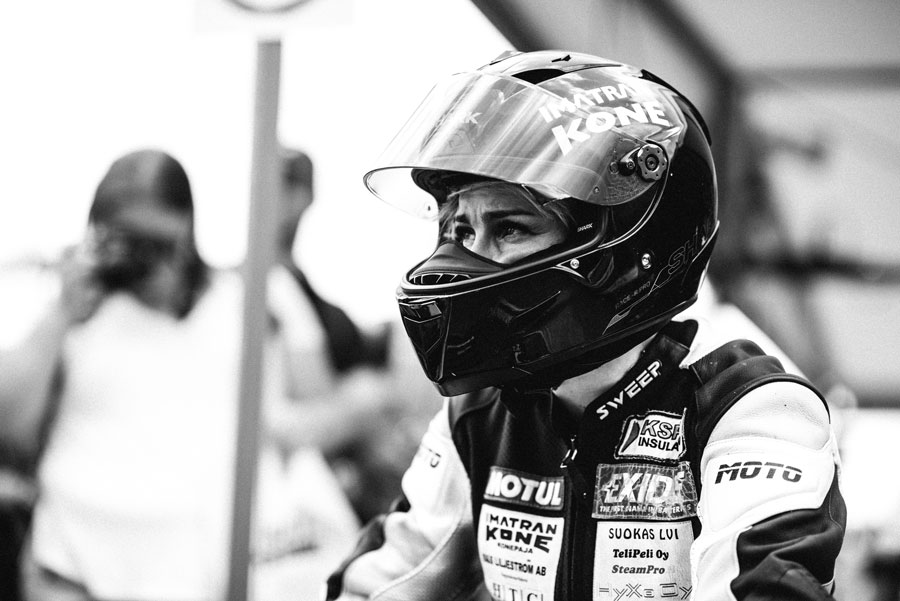 If you could just name one – although I know it’s going to be hard, what would be a dream car to photograph and feature on your blog that has still eluded your work?

If we’re really dreaming something up, one of my ultimate dreams would be to have some major one-on-one time with an M1 Procar at the Nürburgring, in perfectly overcast weather.

Your imagery is known for its incredibly crispness and extraordinary backdrops; what is your camera and tools of choice do you use?

As far as my analog photography goes, I have a collection of various cameras that I shoot with—Nikon, Canon, Minolta, Rolleiflex, Argus, and others. 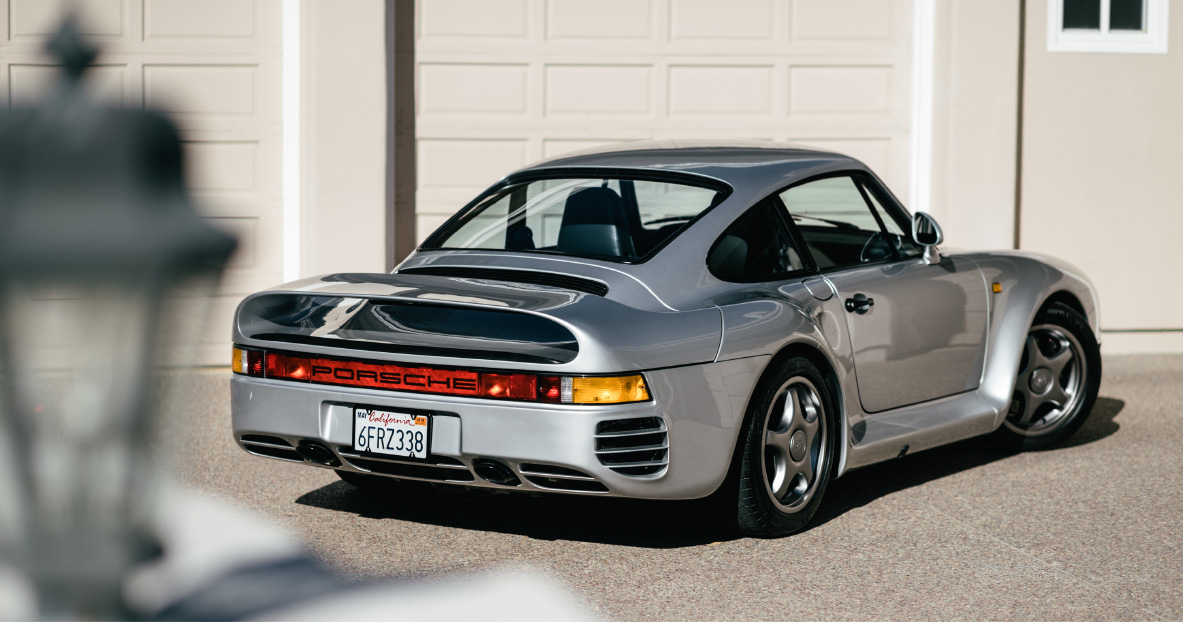 Enjoyed this? Check out our exclusive interview with another one of our favourite automotive photographers, Kevin McCauley aka @CapturingTheMachine.