Into the Woods: Oak Pass Main House by Walker Workshop 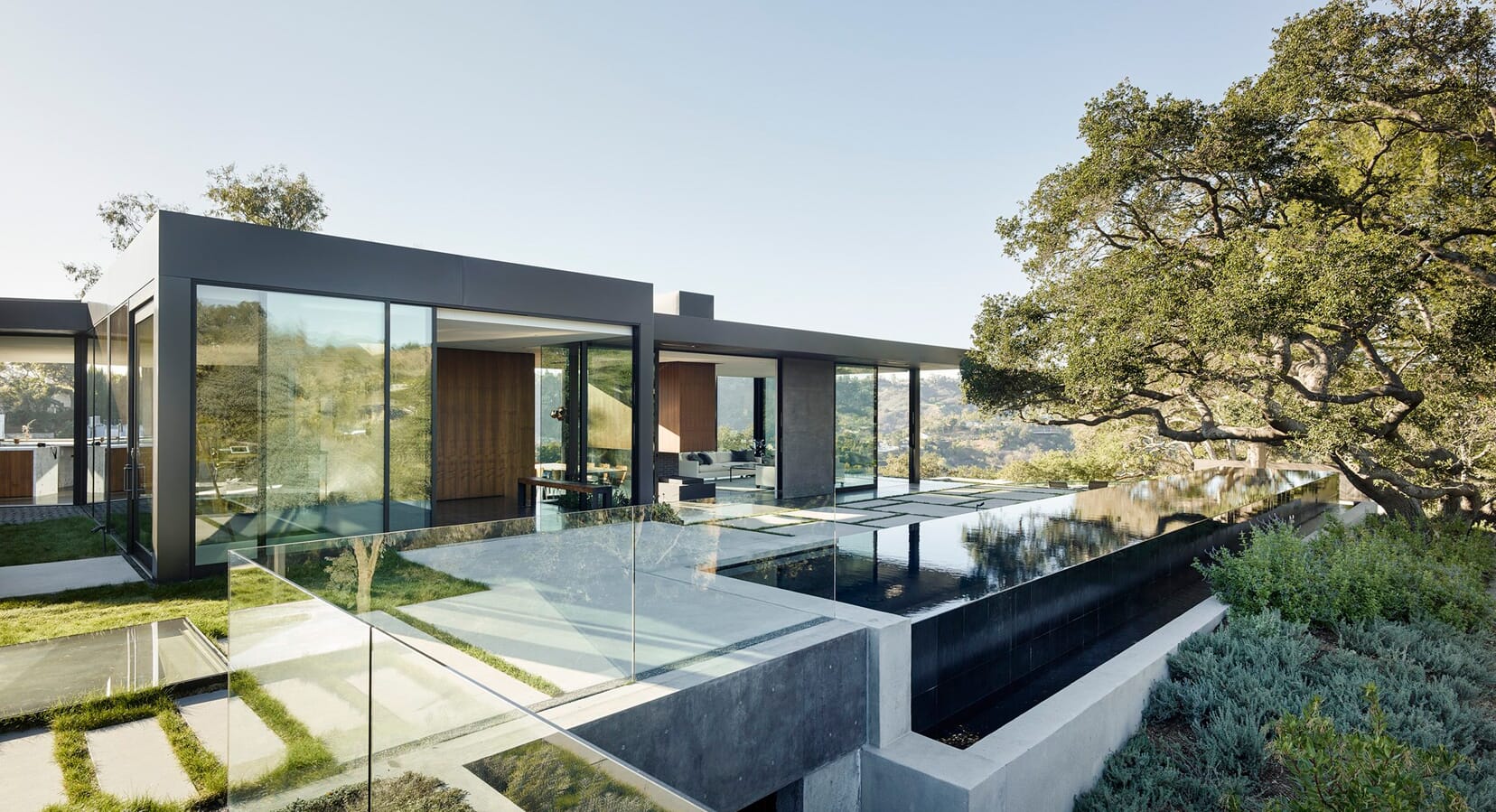 Architecture studio Walker Workshop claims to have ‘taken a hillside apart and put it back together’ in order to create the subterranean base of this dynamic home in Southern California. 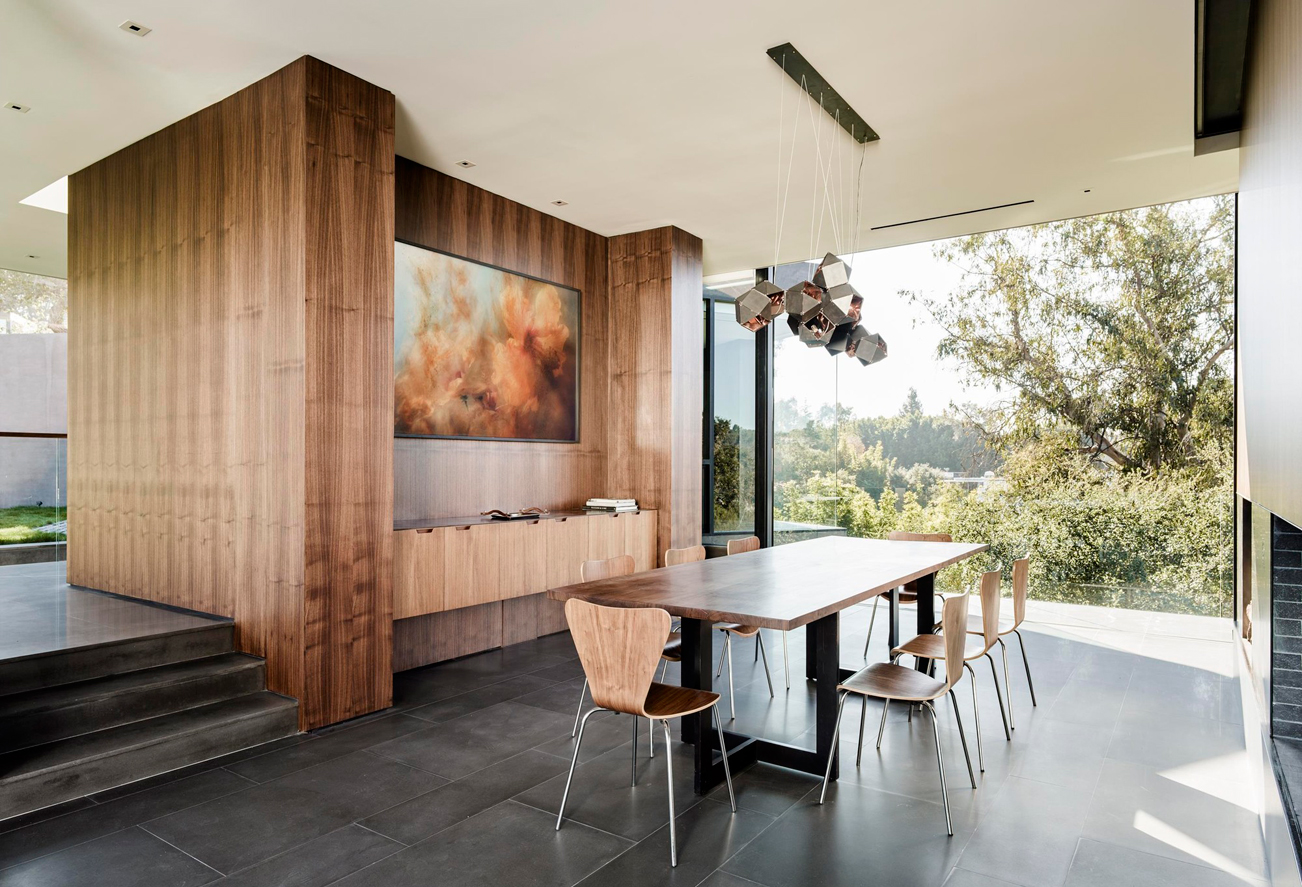 Sitting on top of a ridge amongst rich Oak woodlands in Beverley Hills, California, the modern residence takes full advantage of its picturesque location to provide its occupants with panoramic canyon views and a reenergising environment of peace and seclusion.

The pristine surroundings, including over 130 protected Coast Live Oak Trees, was the inspiration for the designers’ decision to submerge two thirds of the 740 square metres of floor into the hillside in order to minimise the home’s visual mass. The ‘upside down’ design sees the subterraneous spaces contain four bedrooms, a study room and a gym, which emerge along the hillside to offer views of the canyon alongside an abundance of natural light. 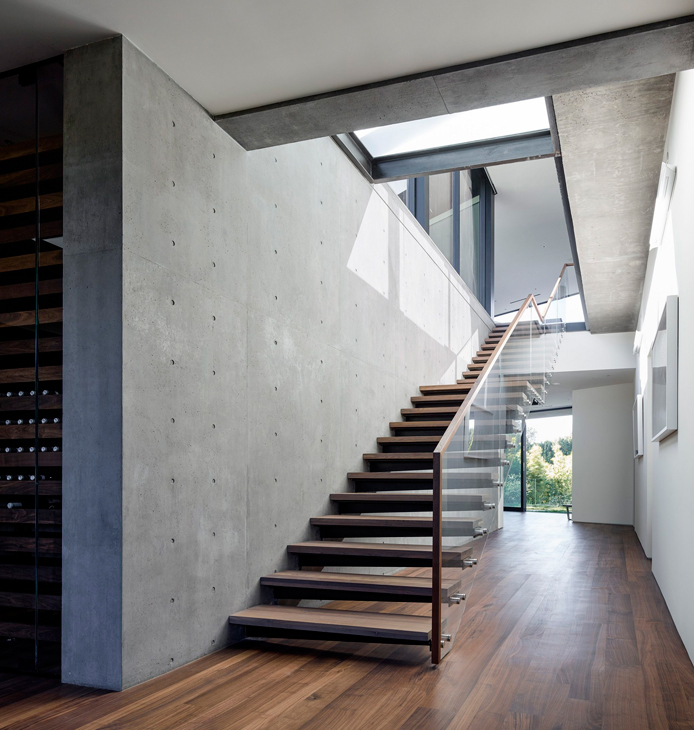 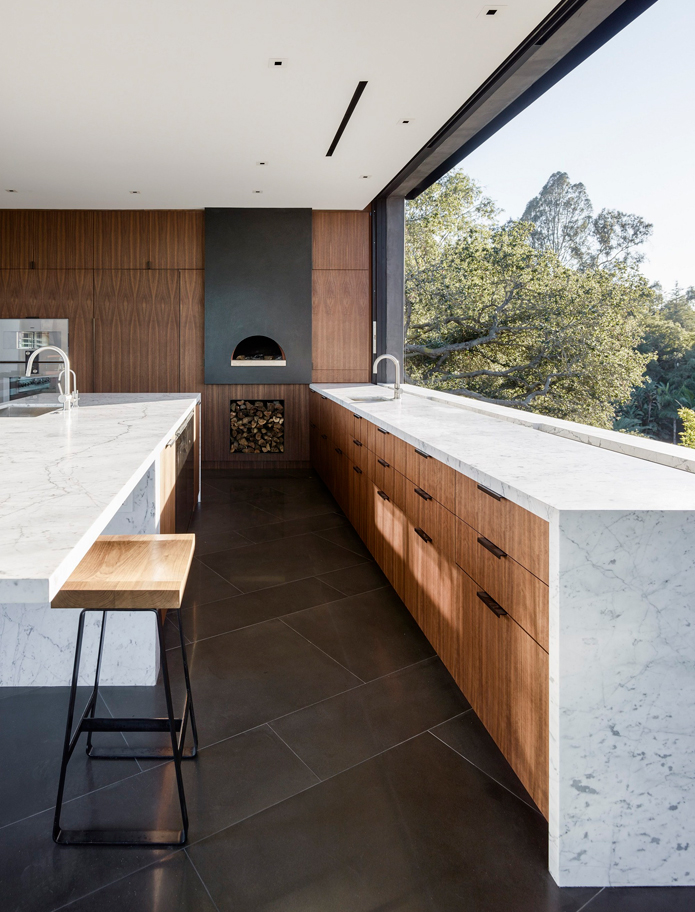 Elsewhere, an angular courtyard on the same level brings even more daylight into the adjacent corridors as well as creating a more intimate environment for the home’s private quarters – including a wine cellar and home cinema that sit deeper into the hillside. Above ground, the living and dining area, kitchen and car-park take the form of the one-story pavilion which is raised to different gradients to frame a range of unique vistas.

Photos by Joe Fletcher and courtesy of Walker Workshop. 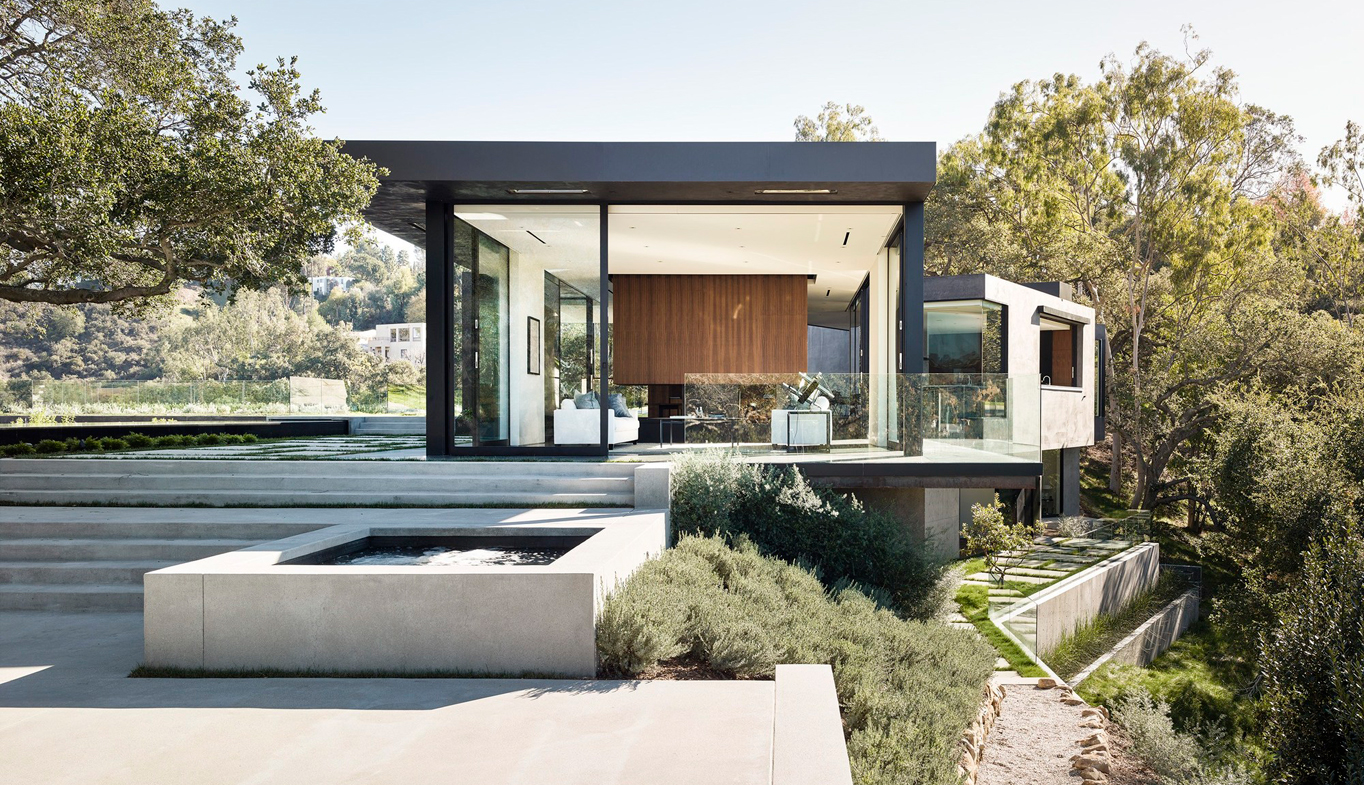