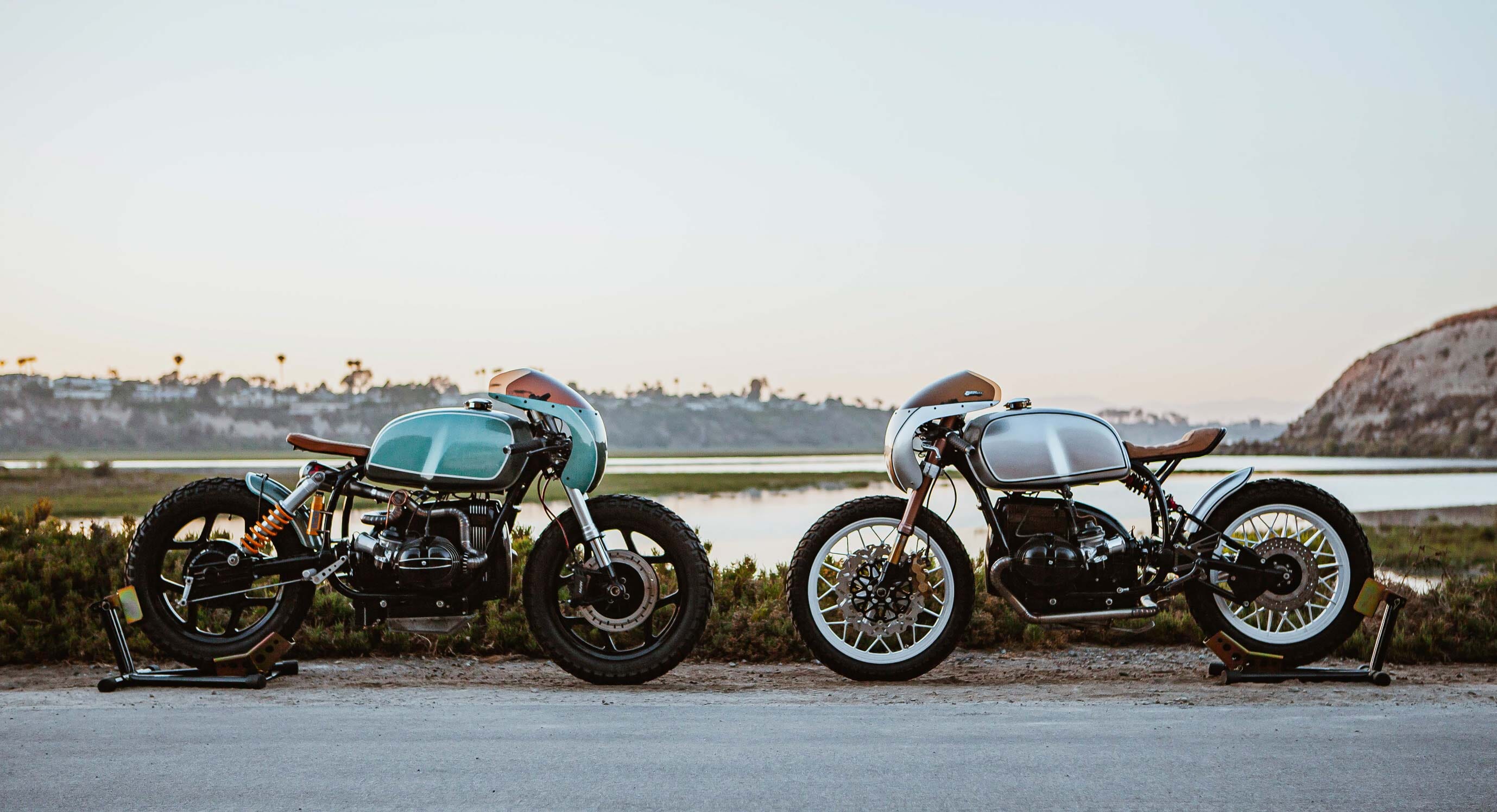 While most custom bikes are a one-off project, Upcycle Motor Garage’s Johnny Nguyen rewrote the script with this pair of BMW R100 café racers. The two bikes are obviously related, but a closer inspection will reveal that underneath the surface they’re different beasts. 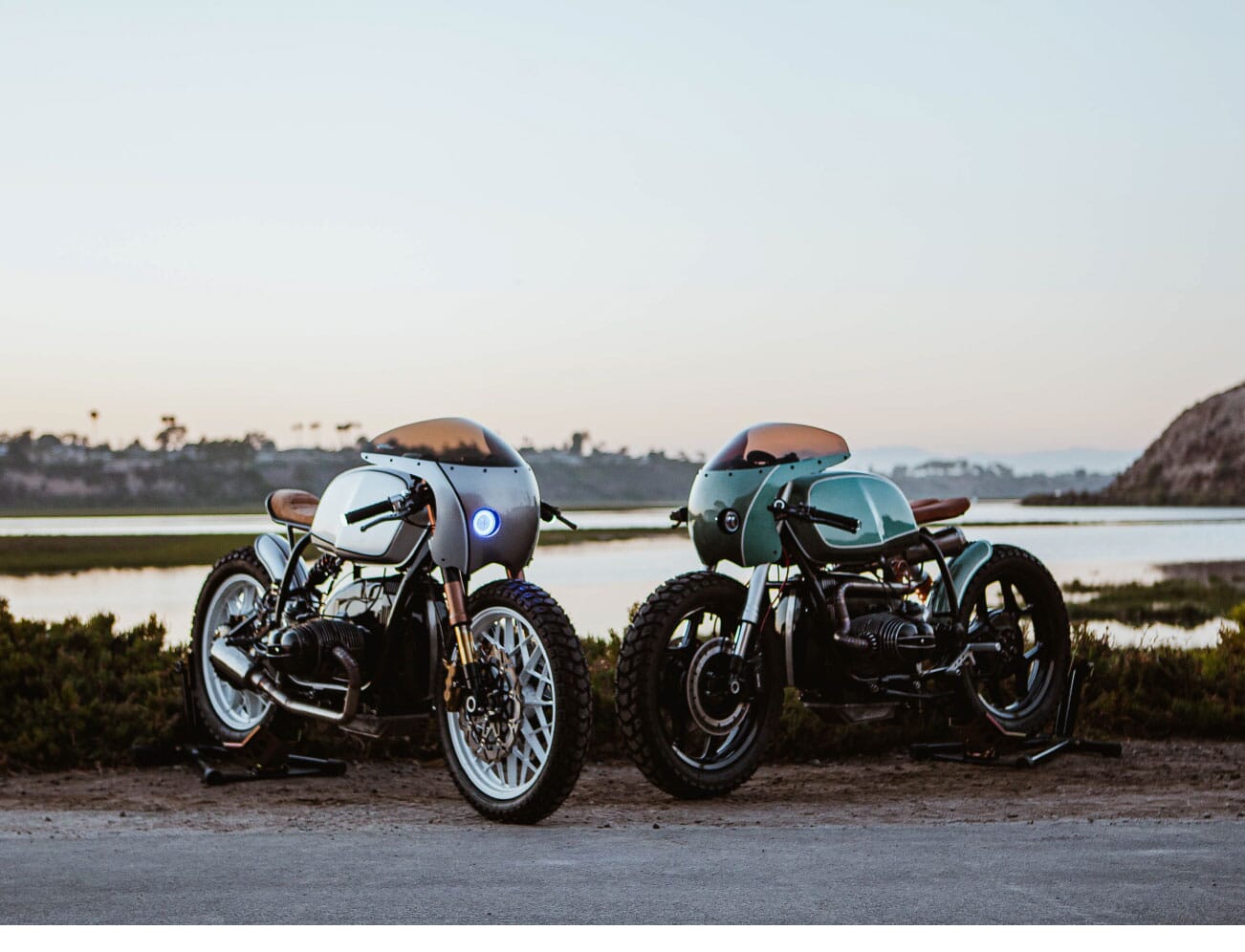 Based in California, Johnny’s small garage – one person small – is making waves in the custom scene, thanks in no small part to these beauties. Having wanted to build a café racer for years, he jumped at the chance and challenge to build two similar bikes with slight differences. 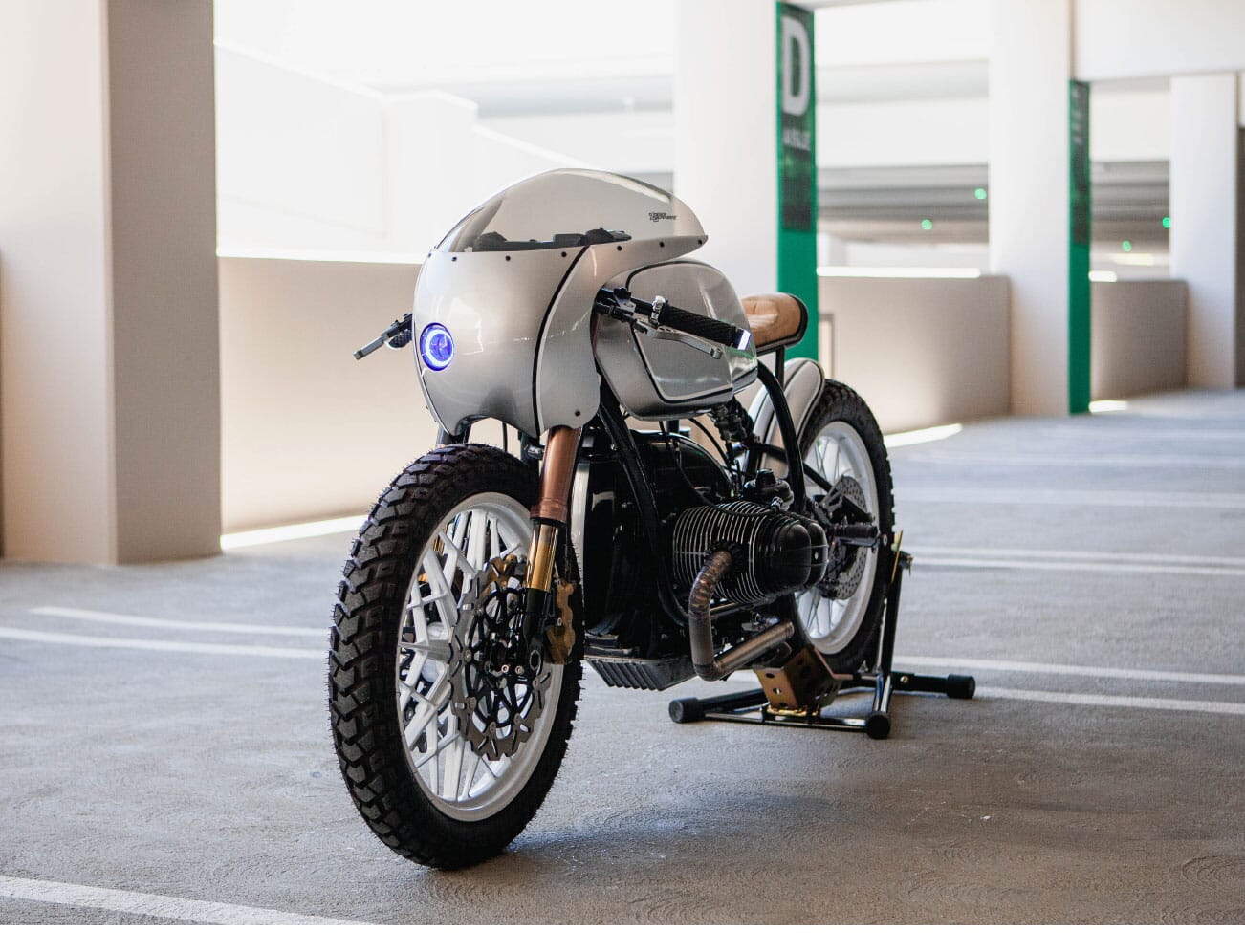 The sea foam green half of the BMW R100 café racers is a 1988 R100RT while the silver machine is built on a 1982 R100RS base. While the pair is very similar visually, and both are powered by a 980cc Boxer twin with a five-speed gearbox, the similarities end there. 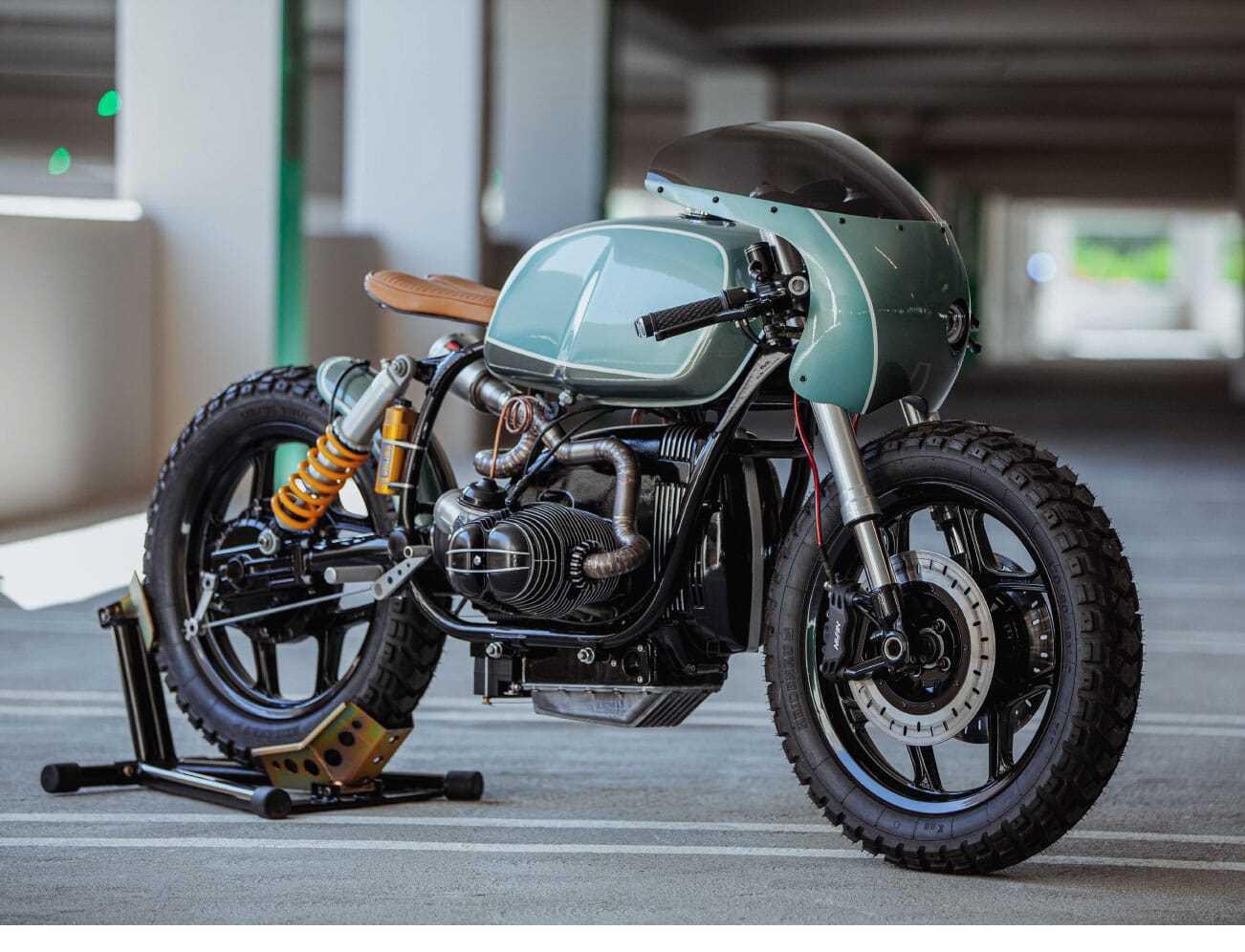 The exhaust of the silver bike is a 2-into-1 which snakes around to the right-hand side while the green build features an Akrapovič slip-on muffler that peeks out from underneath the split seat at an angle. When it comes to suspension, the R100RS was converted from twin shock to a central monoshock at the rear wheel while the R100RT saw its monoshock system updated with a new Öhlins spring. 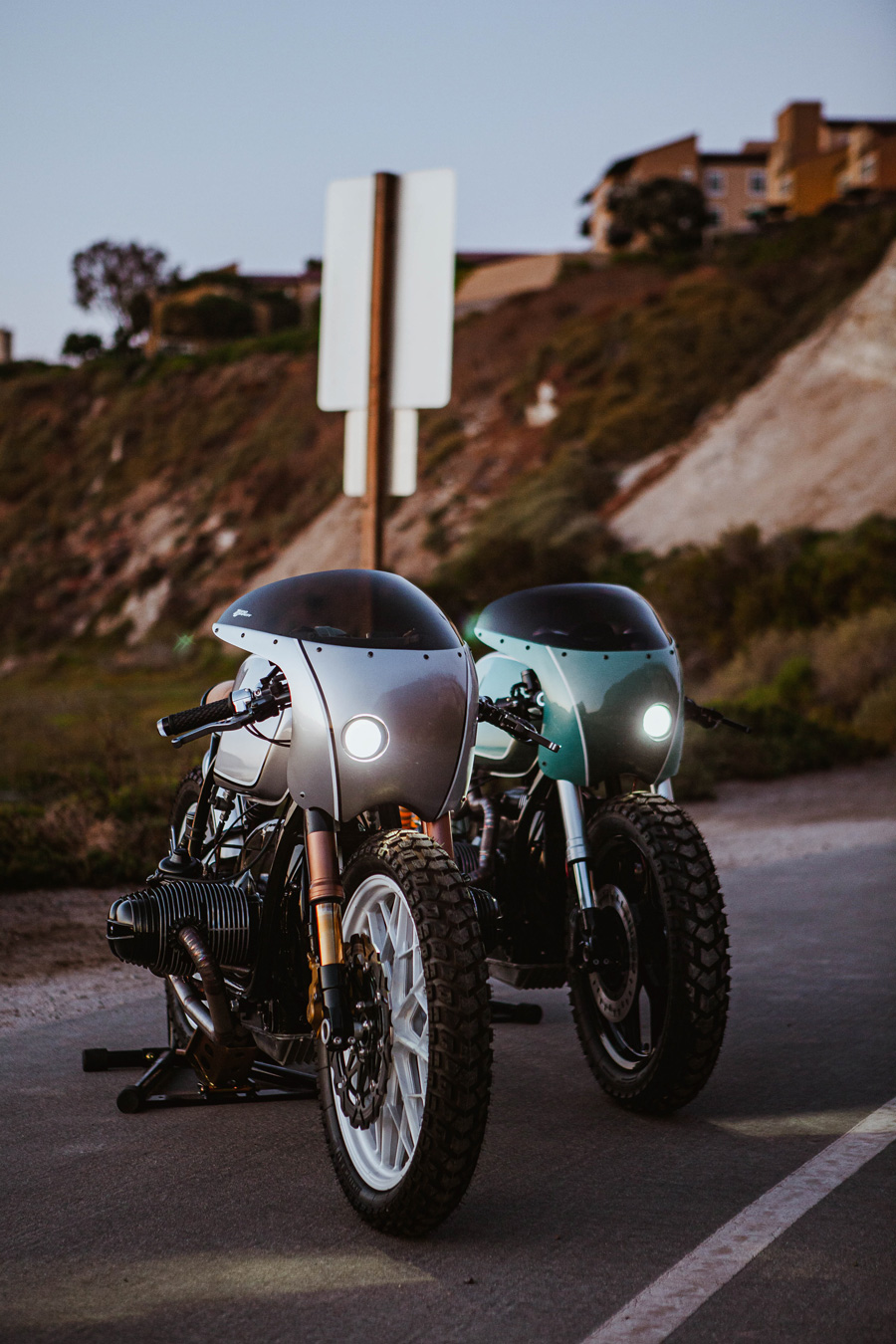 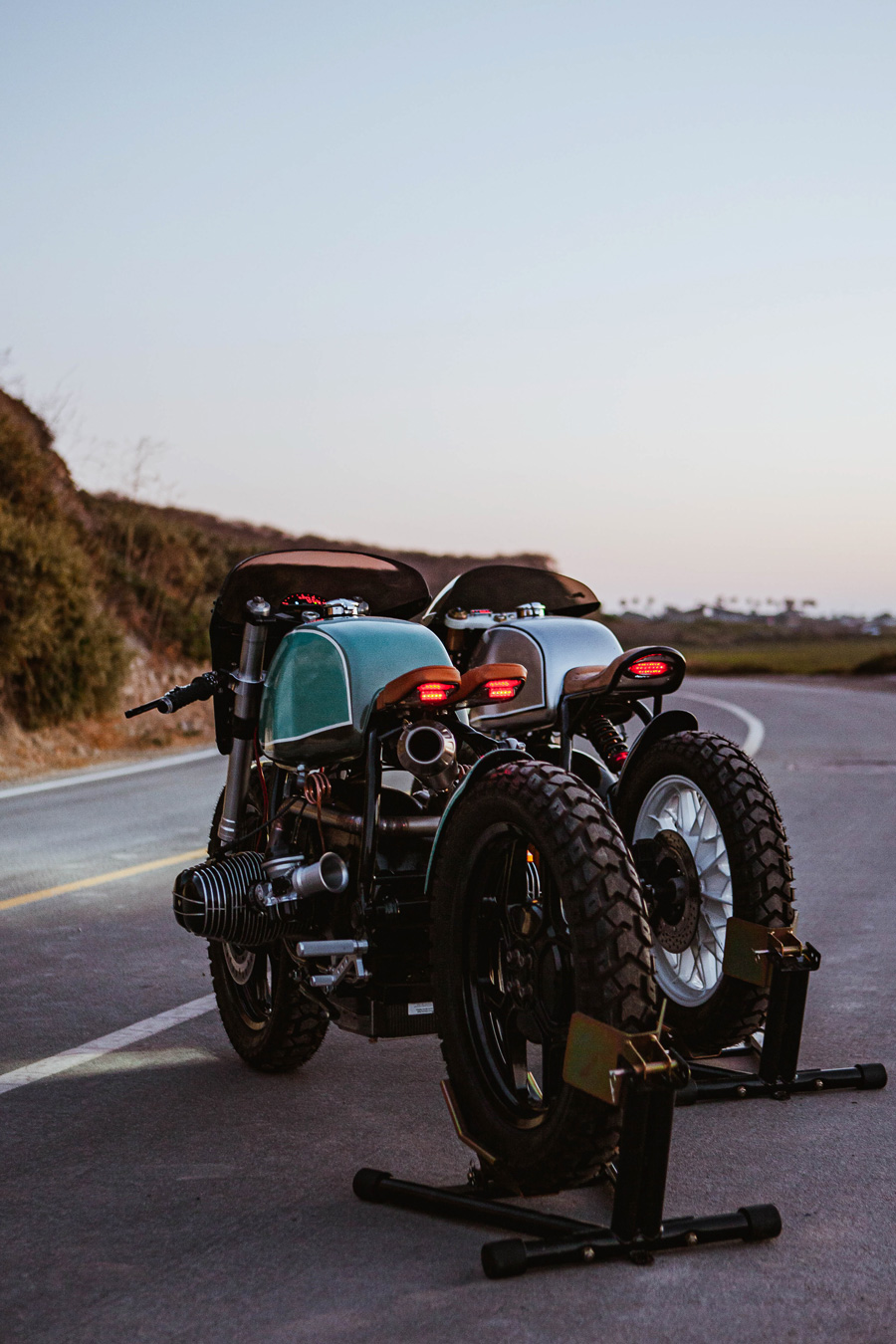 The two bikes are characterised by the streamlined R90S café fairings which were delivered by AirTech Streamlining and adjusted by Upcycle until they were perfect. The final touch comes in the form of the seats: the silver café racer boasts a supple suede seat while the green machine has a split seat covered in soft leather taken from the interior of a BMW car. 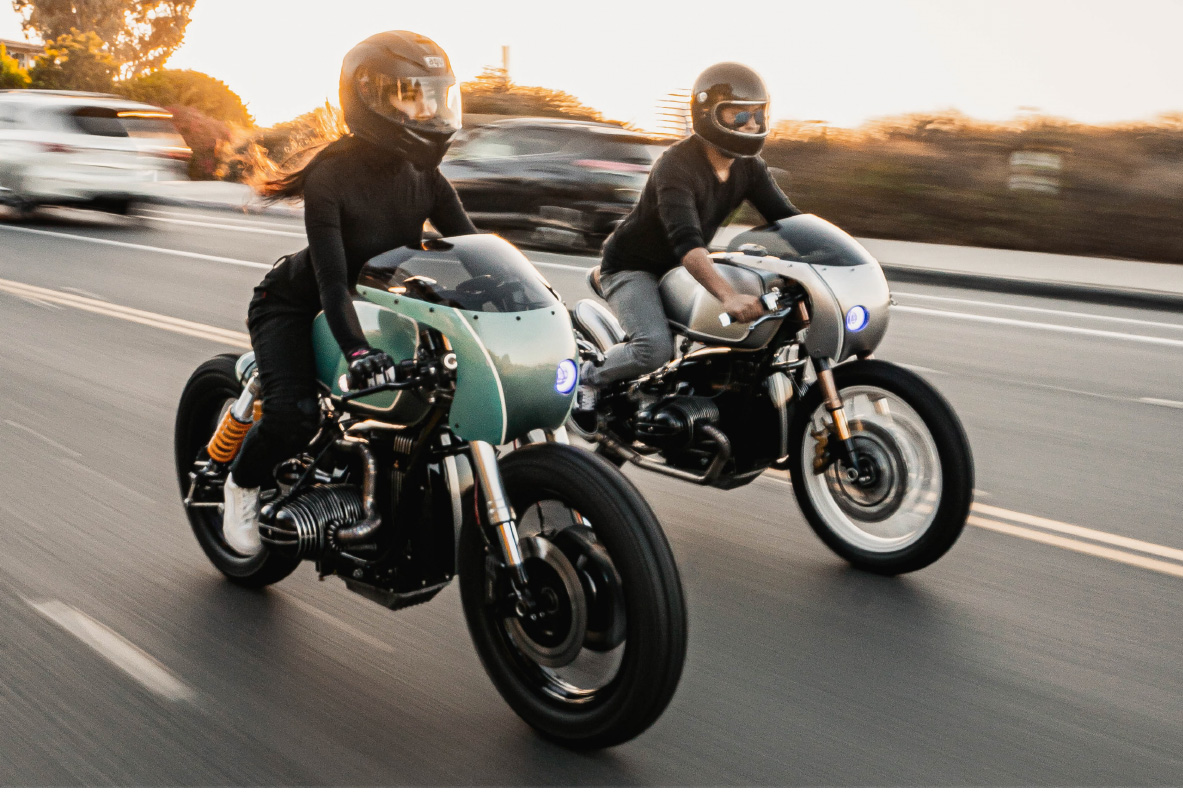 For an equally as adventurous custom, check out Mokka's Garelli KL50.