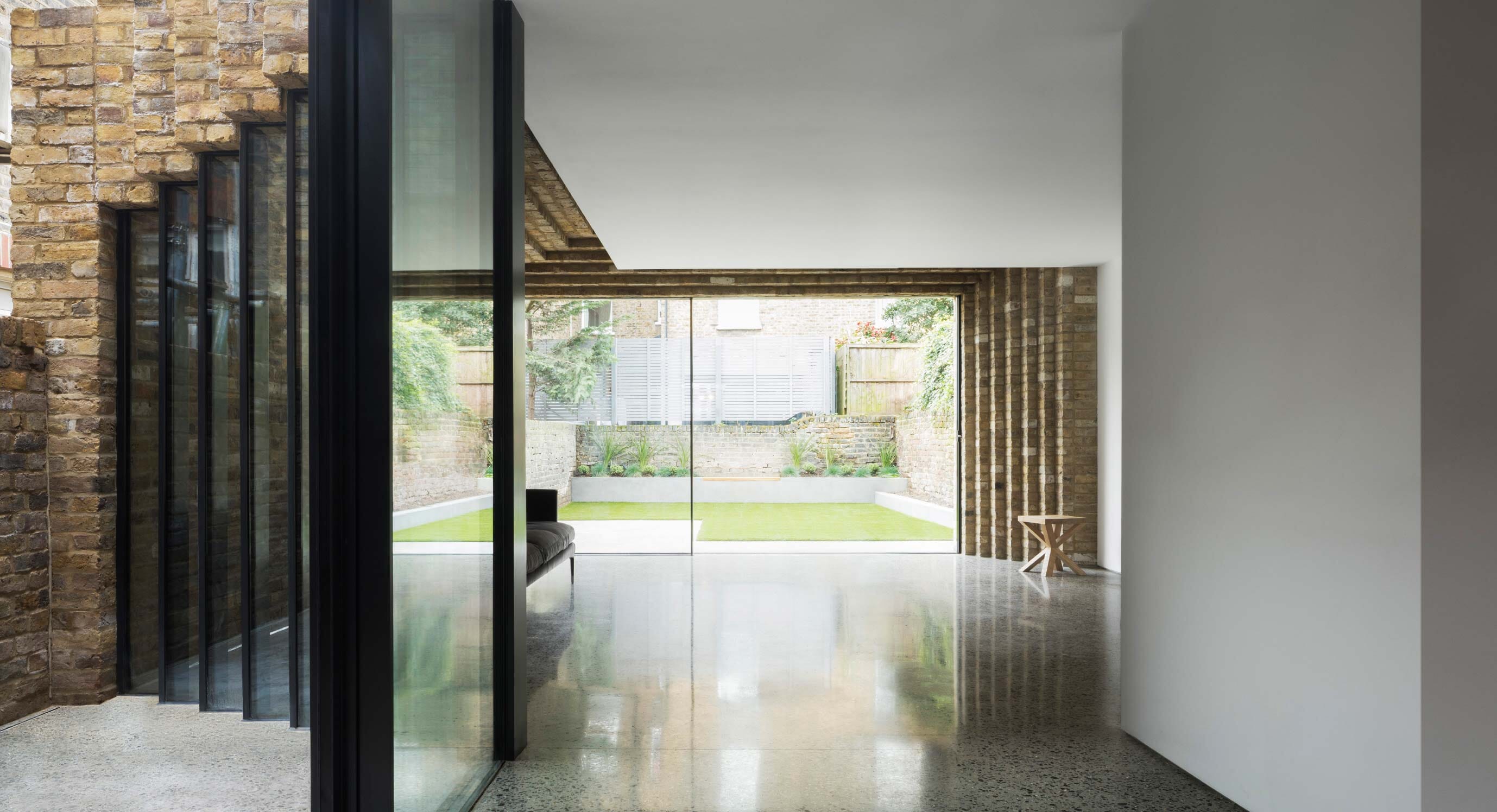 Step House uses bricks reclaimed from the fabric of the main house as the basis to an extension that differs from the common glass structure extension. This innovative project reimagines the conventional terraced-house extension, celebrating and elevating the humble brick. The bricks are used to create a sculptural expression, maximising the basic material’s potential. 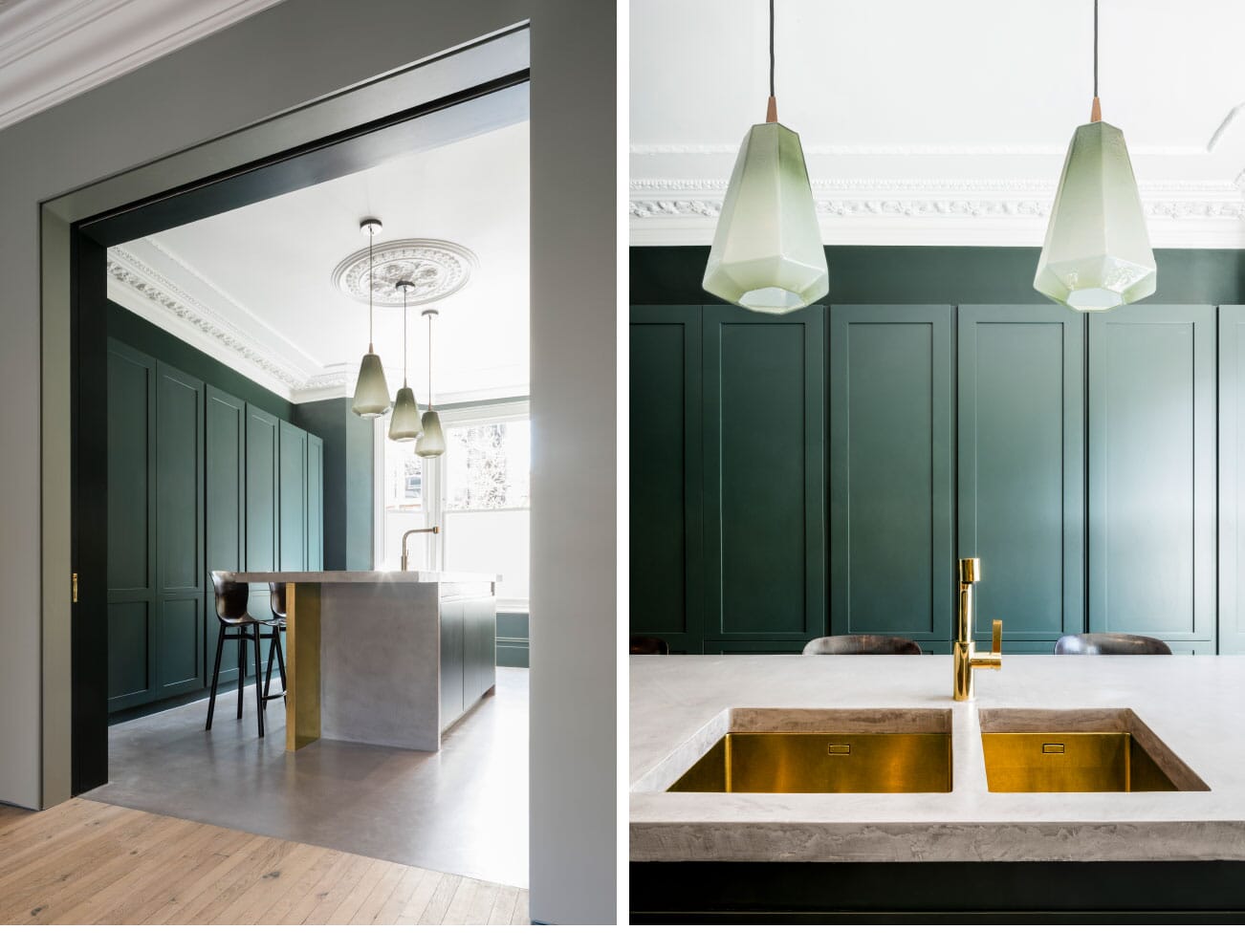 The staggered form of the extension appears to melt away from Step House, creating a striking silhouette from any angle. Inside, the rhythmic stepping generated by the bricks is echoed. Not only is it echoed on the reverse side of the exterior stepping, creating an intriguing ceiling structure, but also in the home’s layout. Rooms are distinguished through a considered sequencing of spaces which transforms the expansive ground floor into a journey through carefully designed ambiences.

At the front of the home sits the kitchen where original features of the house are retained and emphasised by dark colours and material tones. Next to the kitchen is the dining room which is distinguished by a change in flooring. Narrow timber planks with aligned seams form a transition between the smooth concrete floor of the kitchen and the rough-grain concrete used in the extension. 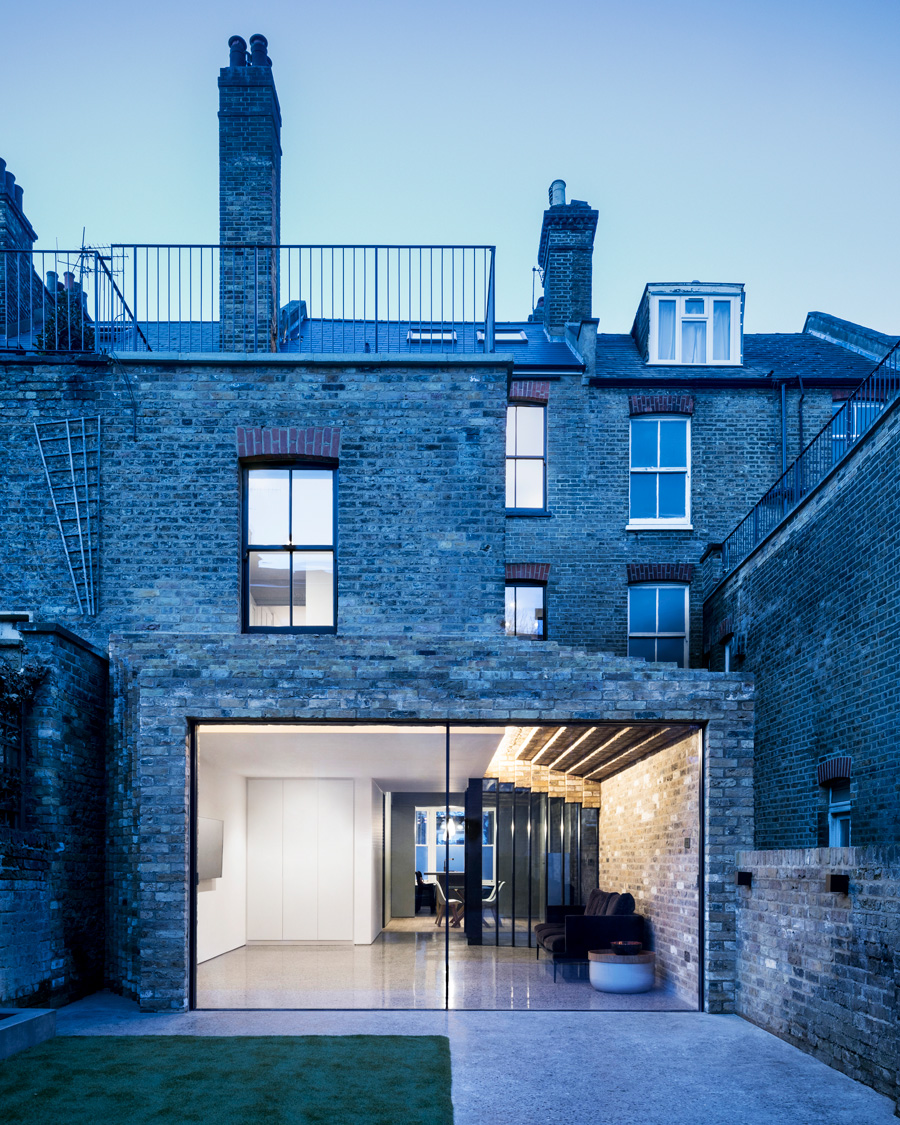 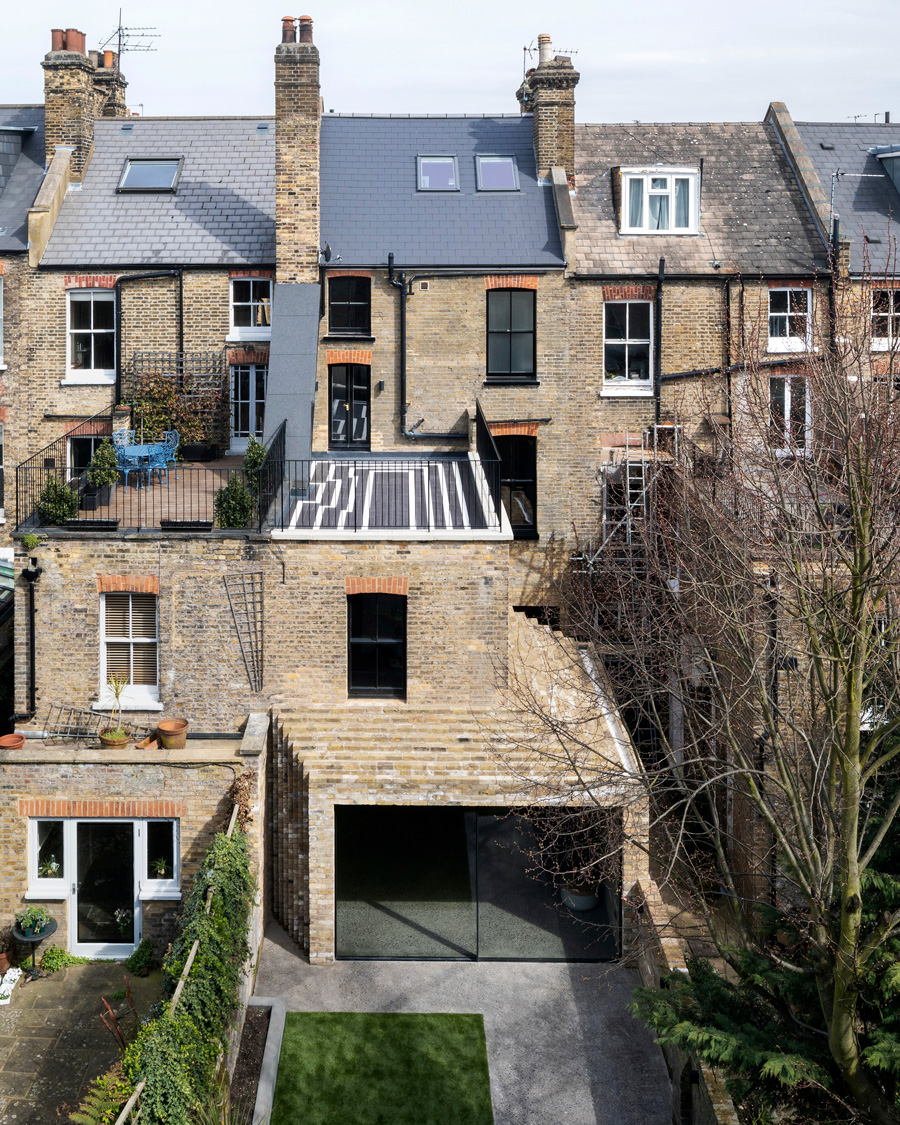 Structural engineering has ensured that the extended ground floor is entirely column-free. This means that despite the use of bricks instead of a popular all-glass structure, Step House is a naturally bright and open space. The use of exposed brick respects the existing house while the stepped formation is a striking departure from the its traditional architecture. 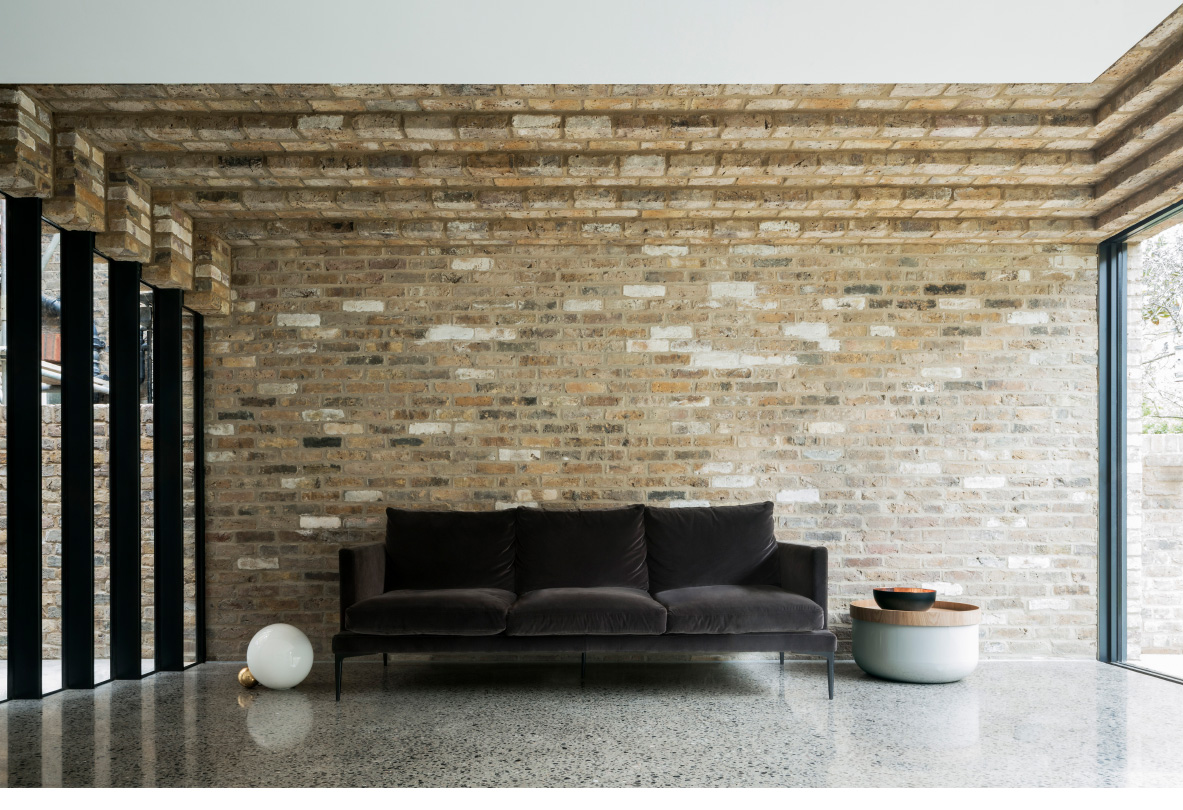 Vanella House makes use of indigenous stone so as to blend into its striking surrounds.