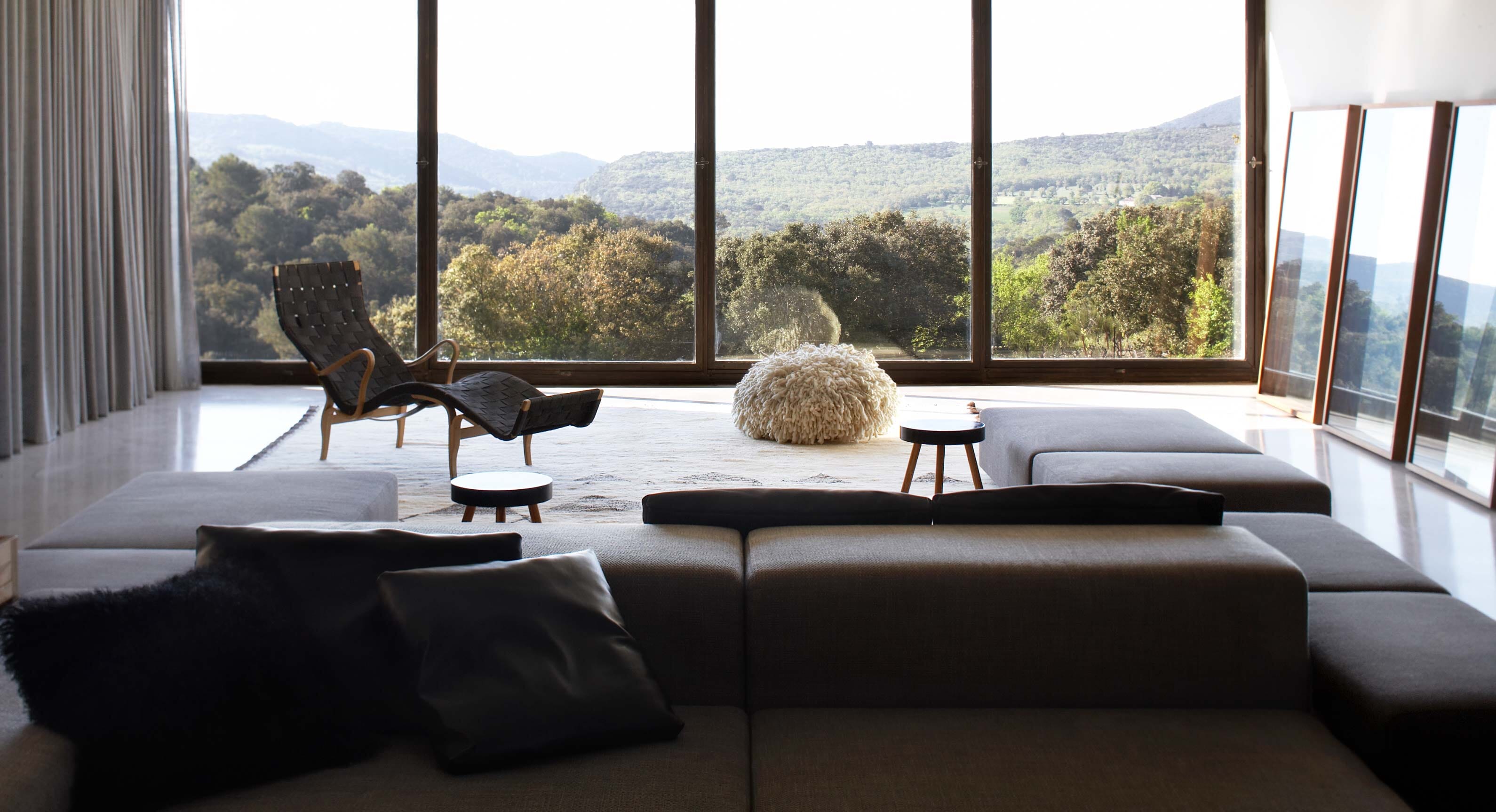 Unapologetic brutalism shouldn't really fit in the luxuriant abundance of a Provencal forest. Studio KO's concrete retreat in the heart of the Luberon, however, has the air of a structure that's somehow lived there all along. 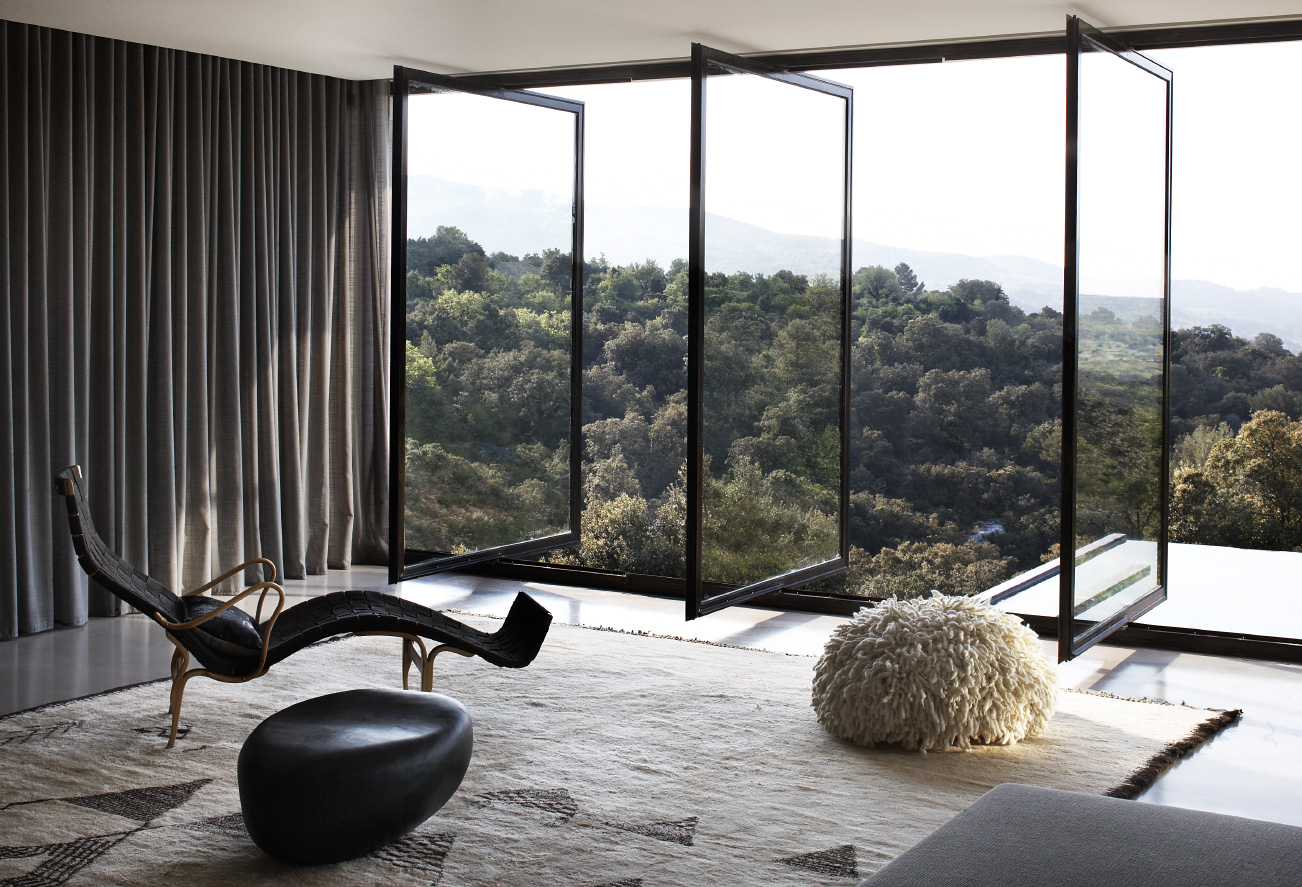 Topped by a green roof, so that from the air it's all but invisible, this unlikely Villa G shows off the concrete from which it's made, in the unapologetic manner that modern architecture demands. The surprising result is to highlight the natural magnificence of the surrounding hills and valleys.

Inside there are three bedrooms and, most notably, a stunning open-plan living area with swivelling black framed windows that open out onto the view. The villa is built into a steep incline, so residents have the sense of floating above the trees.

A large outdoor deck - concrete, of course - houses the infinity lap pool. To each side, the building is shielded by traditionally built stone walls, creating a conversation between old and new.

Interiors have a muted palette, allowing the abundance of greenery beyond the windows to speak more eloquently. Floors are polished concrete thrown with roughly woven wool rugs. 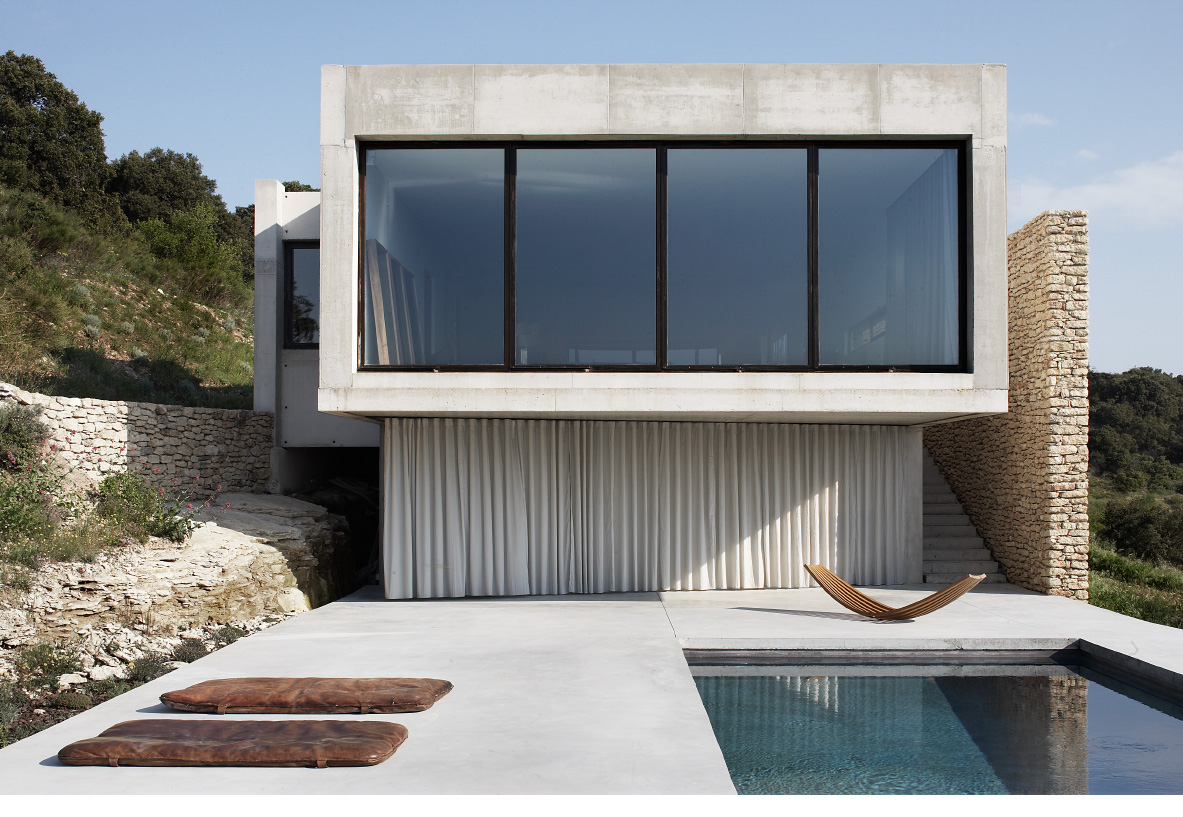 If you like the look of this then you need to see the Kumaon Hotel – a minimalist jungle retreat hidden in The Himalayas.