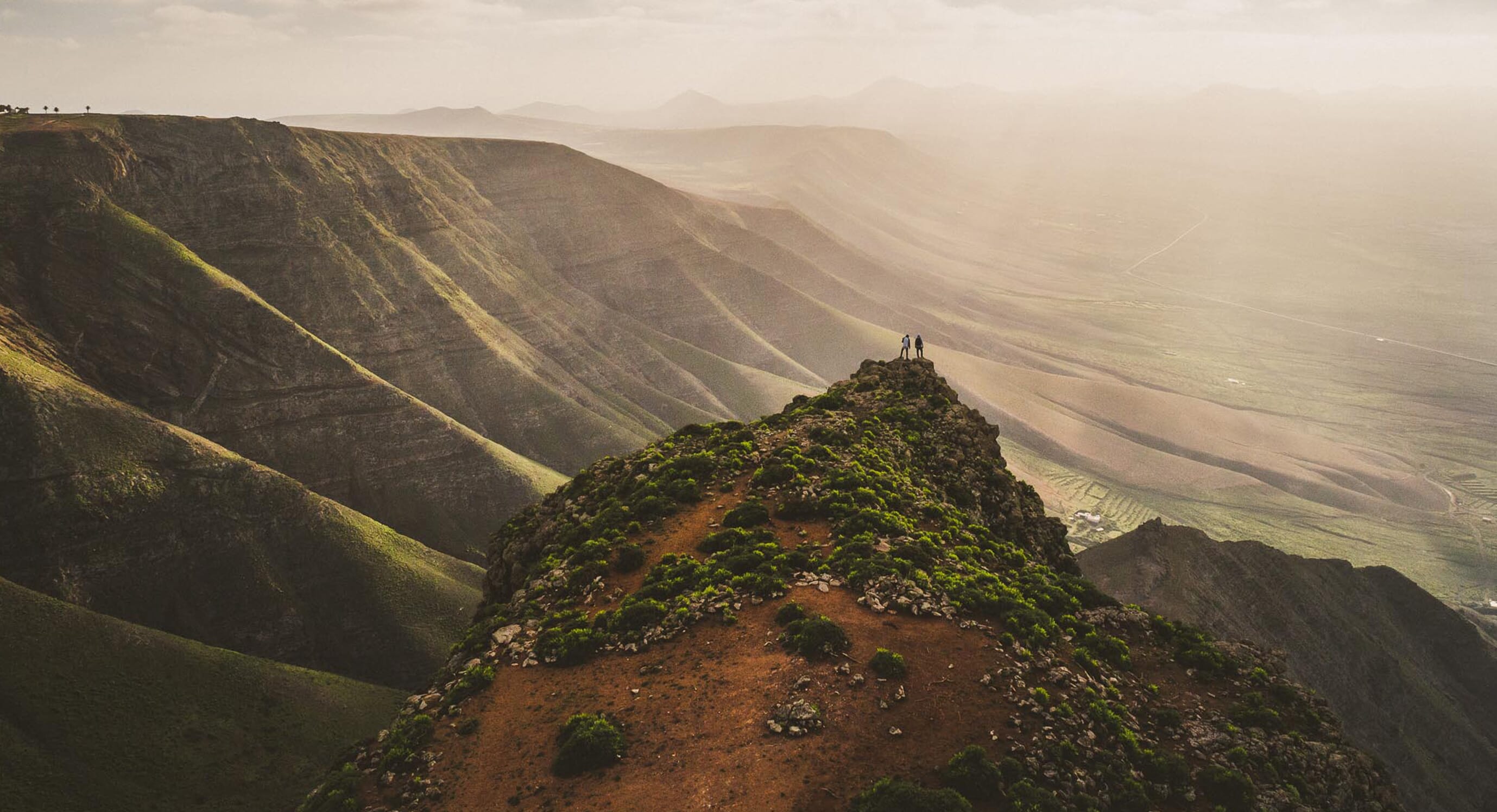 Imagine Instagram as a landscape matted with thick forest, a challenge to penetrate and a dangerous place to venture into without guidance or experience of some sort. Then imagine the OPUMO Who We're Following series as a handy drone, whirring high above the vast jungle, picking out all of the best bits with ease. Not only have you just grasped the reason for this series, but also the novelty behind Abstract Aerial Art. Abstract Aerial Art is made up of two brothers from the UK who travel the world, snapping surreal shots of landscapes from bird's eye view, altering the way that we see our environment. We managed to catch up with the drone-loving duo to find out what it's really like to spend life with a sibling, which photos have been the hardest to capture and advice for beginners. 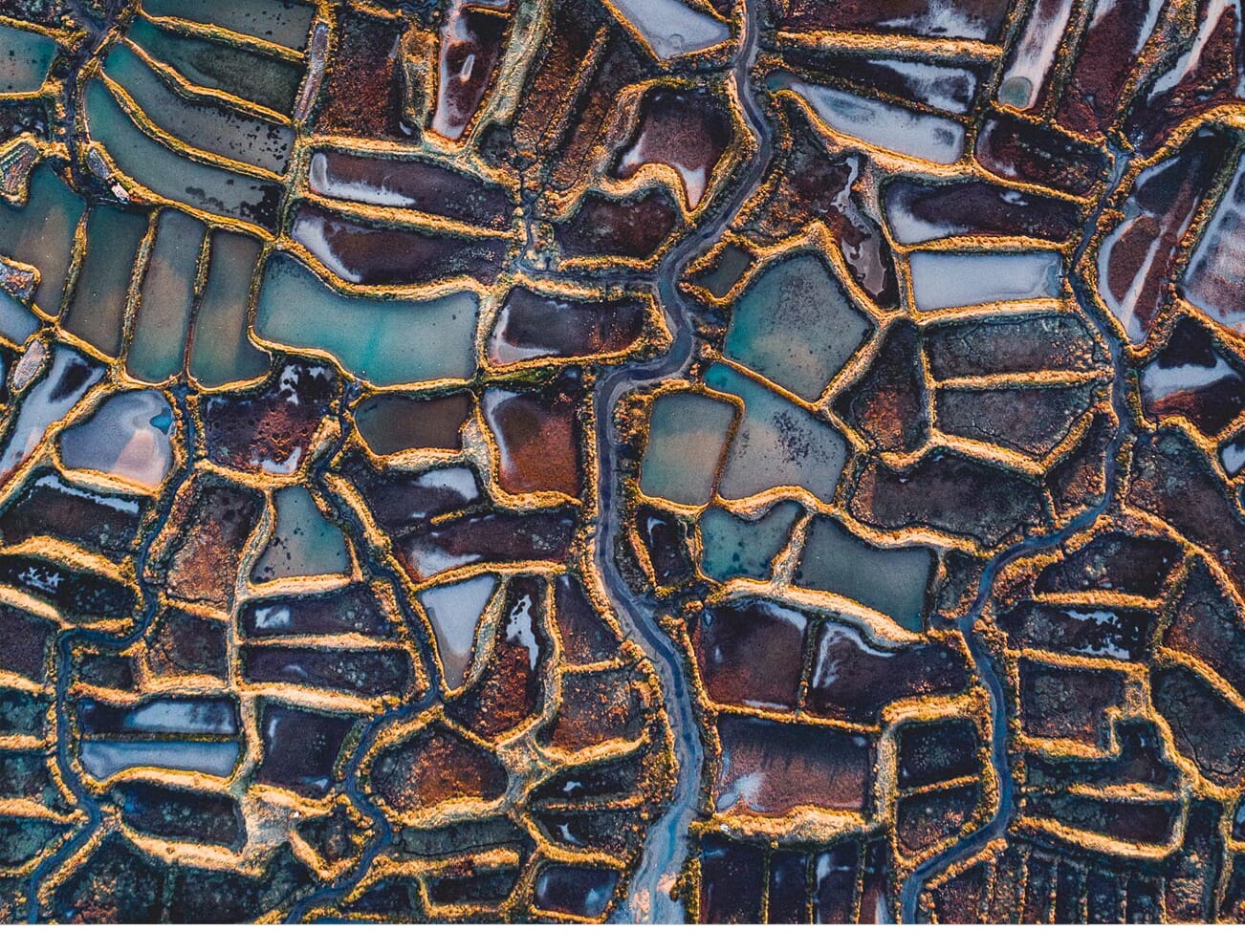 Can you introduce yourselves?

Better known as Abstract Aerial Art, we are two brothers and best mates from the UK, JP and Mike Andrews.

What do you do?

We specialise in photographing bizarre aerial images from around the world. Our work focuses on surreal, top-down perspectives of overlooked objects, structures and landscapes. Captured using our unique style of drone photography, we aim to show there is still so much out there waiting to be discovered.

How is working with a sibling?

Ever since our childhood, we have been so close. We are very lucky that we really enjoy working and travelling together. There isn’t anybody else we would want to be doing this with.

As we spend much of our time in remote and hostile environments, often with very little sleep, we’d be lying if we said that there aren’t occasions when we fall out, but it’s never that long before it’s all forgotten! 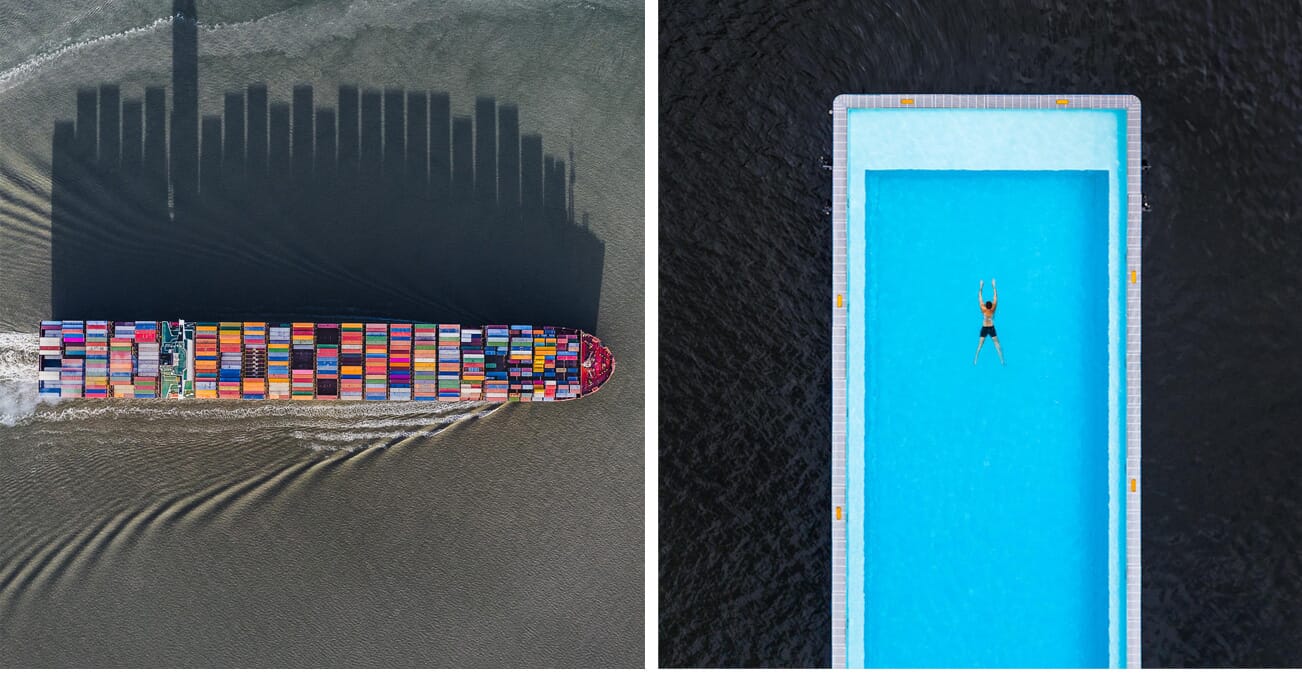 What are your earliest creative memories?

Thats a good question! It would probably be as young children, playing in makeshift dens, boats and cars we had made from things that were lying around our home. We used to make boats out of storage boxes and pretend we were pirates if memory serves us right! It would be fair to say that creative pursuits have always come ahead of academic ones in both our cases…

When did you begin taking photos together?

Our venture into the world of drone photography began during the very last few days of 2016. Mike has been taking photographs since 2000, aged 13. Before we started doing Abstract Aerial Art together, he was working as a commercial product photographer. 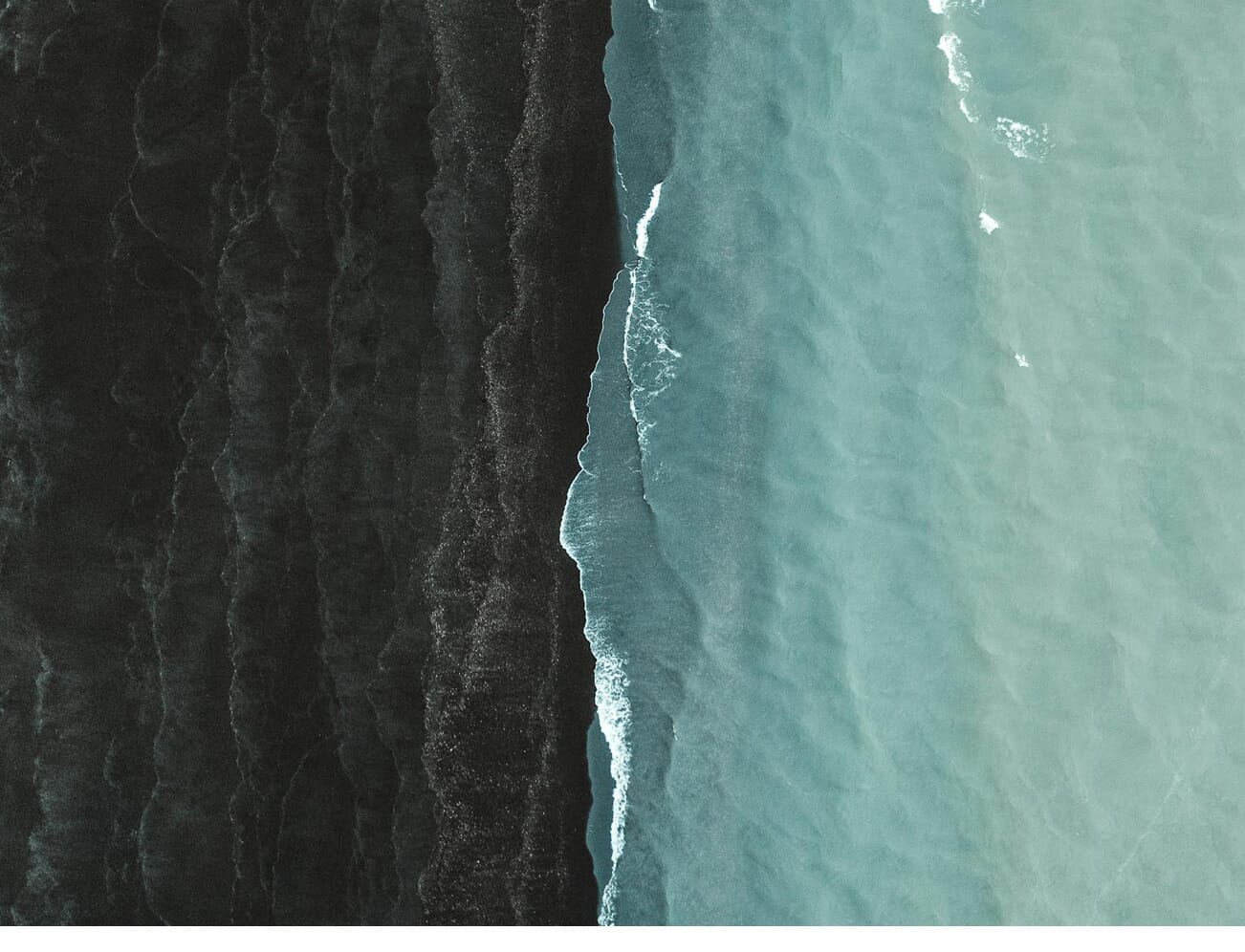 Why did you begin to take aerial photos?

The idea first came about whilst we were travelling around the Australian outback. With the intention of filming some of the incredible sights we had seen along the way, we decided to purchase a drone after an evening in the pub… We’ll let you draw your own conclusions from that. At the time we knew nothing about drones, we hadn’t even seen one in real life.

Heading back out into the Australian outback, we started to take some shots of the landscapes surrounding us. Looking back at the images we had taken, we realised we had a number of extremely unusual photographs that sort of reminded us of abstract artworks and, as a result, Abstract Aerial Art was born. 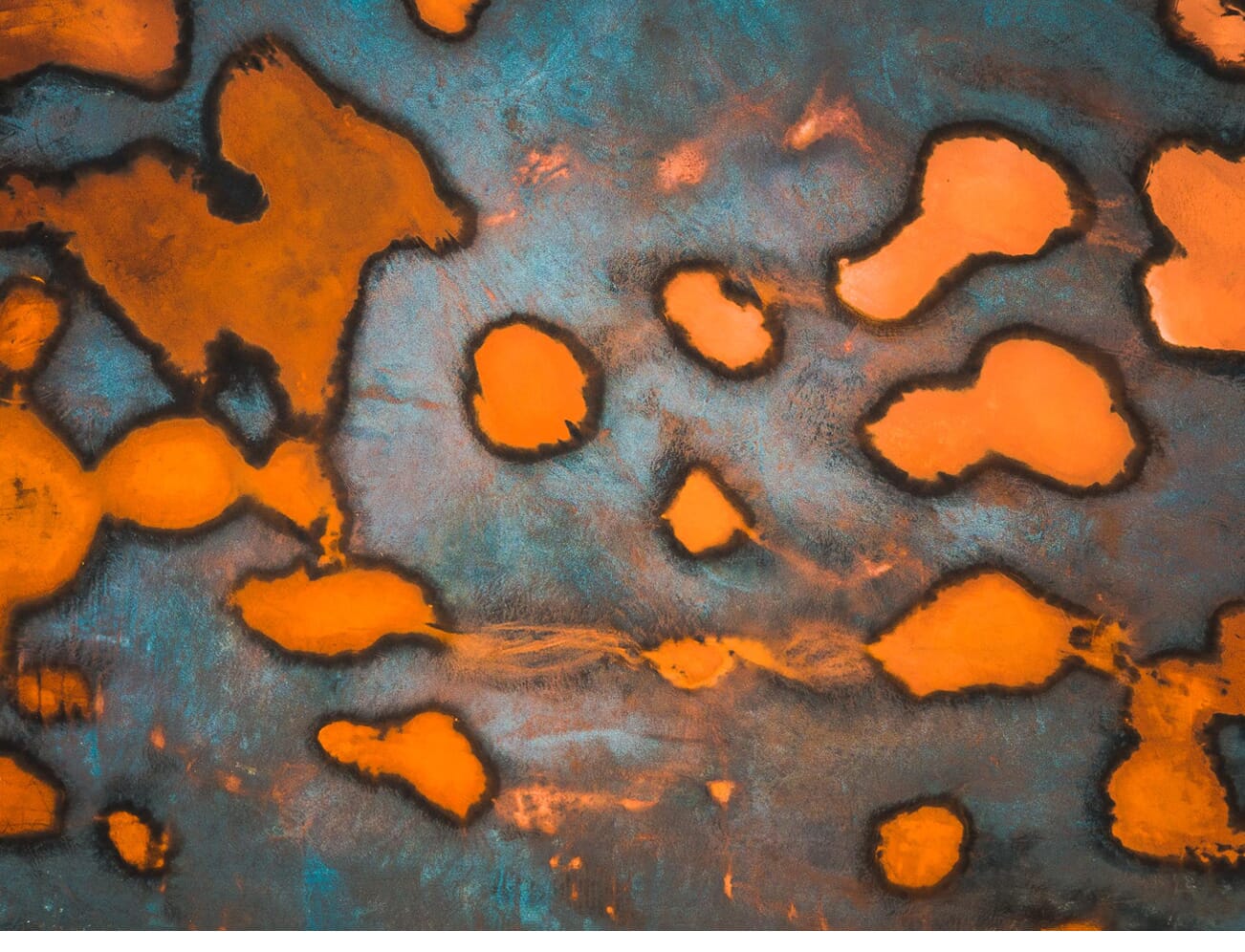 What attracts you to the idea of a bird’s eye view over ground-level photography?

Drones have proved to us that there is still a whole world out there waiting to be discovered. One of the best things about aerial photography is how even the most simple things can transform into something so surreal. More often than not, objects, structures and landscapes that you may think look mundane take on a whole new character when seen from above. There have been countless occasions where we have been standing next to something that looks completely underwhelming from ground level but when seen from above is truly awe-inspiring. The more we find, the more it confirms that we are yet to scratch the surface.

Do any of your photos stand out as the most difficult to get the perfect shot?

We’re not sure it was the most difficult but by far the shot that we planned the most was the image entitled ‘Skyline’. The shot depicts a cargo ship setting sail on an early summer’s morning and the colourful on-board shipping containers cast a shadow that resembles a city skyline. 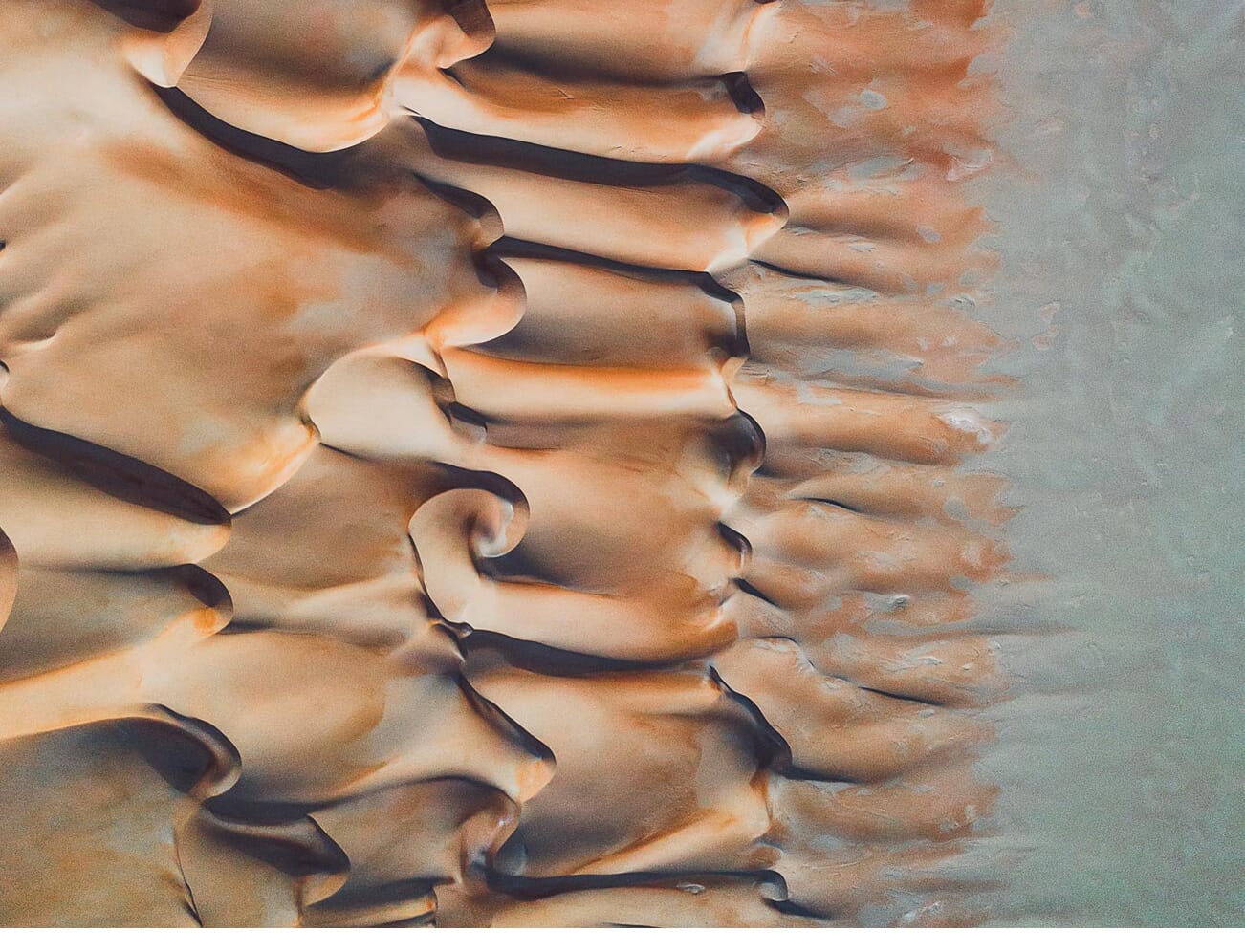 Why does that particular photo stand out?

The planning behind the shot took over 6 months. We knew it was possible to get an image like it from a previous shoot we had been on and had seen the shadows cast by these enormous ships under the right conditions. Ever since that day, we set ourselves the challenge to get the ‘Skyline’ shot this year and set about researching how, where and when we could best perfect it. After working out the ideal location, weather conditions, tidal patterns, shipping routes, lighting and angles, we set off in our car from our home in the UK and drove into Europe, arriving at our destination just before sunrise. Waiting until the ship we had chosen was in the correct position and the morning sun had risen high enough to cast the defining shadows, we sent out the drone to start taking pictures. After all the planning, the shot was done within 15 minutes! 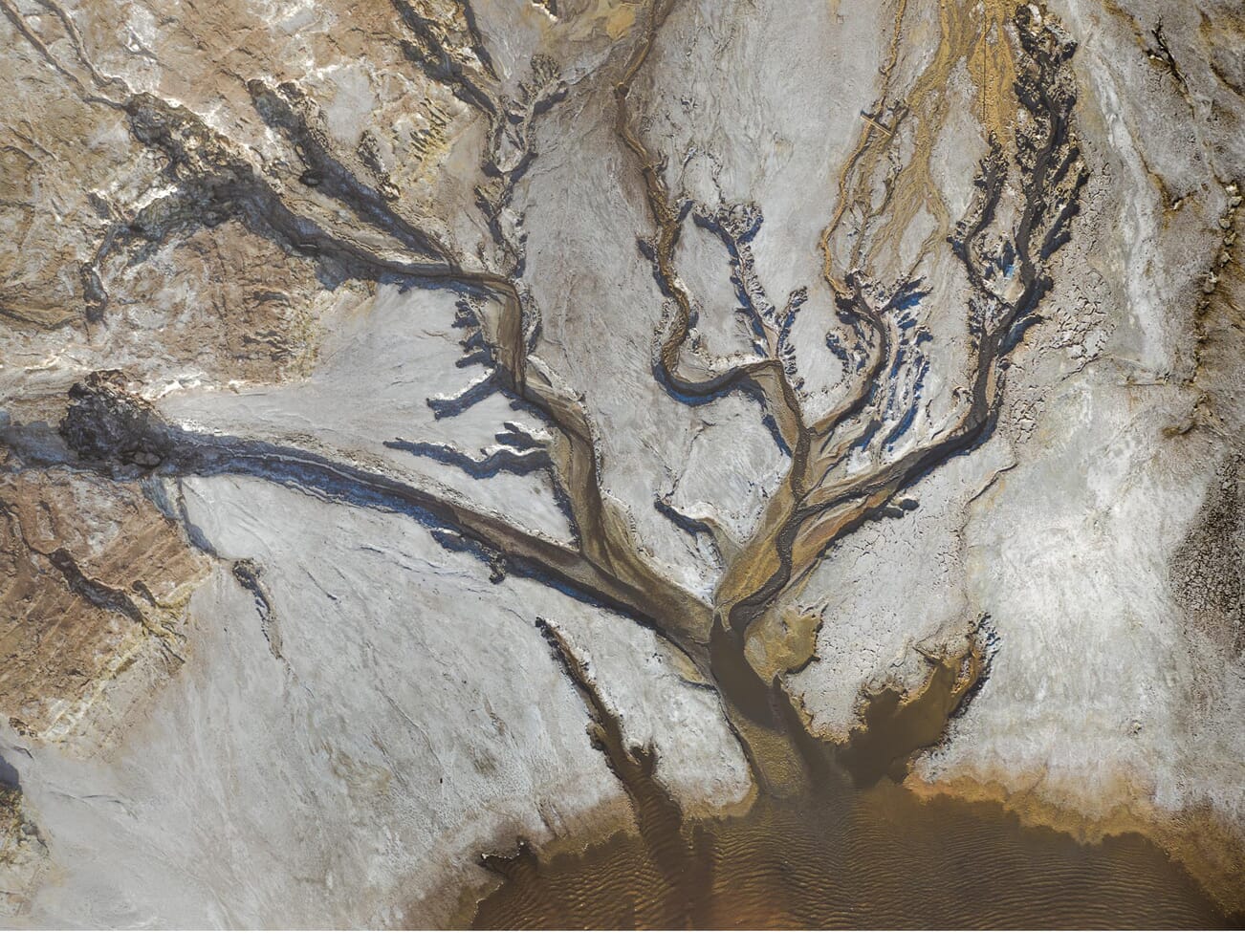 We can see that travel is central to your lives, where has been the hardest location to shoot?

The Australian outback would be the hardest location we have ever shot in and may always remain so! We spent 6 months out there during the wet season, living in a small tent on the roof of our 4x4 and had to contend with wildfires, indescribable storms, saltwater crocodiles floating around the flooded landscape we were driving through, countless other killer wildlife, no way of contacting the outside world, vast distances, 100% humidity all day and night and temperatures pushing 50 degrees daily. It was an extremely hostile environment to say the least and an eye-opening experience for two guys from a sedate, midlands village in the UK! That said, bizarrely, we miss it more than any other location we have been to so far!

Can you give one piece of advice to beginners in photography?

Do your research. This is by far the most useful tip we can share with any budding aerial photographer and essential to an Abstract Aerial Art shot. Almost every single image we have ever taken has initially been scouted through meticulous research sessions focused around the location we wish to shoot. Only on very few occasions have we stumbled across something by accident. When we say research, we’re referring to using satellite images to get an idea of the area we’re in or about to visit. Thanks to apps like Google Earth, the whole world is visible from an aerial perspective. As a drone photographer, you can imagine how useful that is. Spending a bit of your time looking at satellite applications in the area you are shooting will save you a lot of time on location and help you find things you may not even have realised were there. 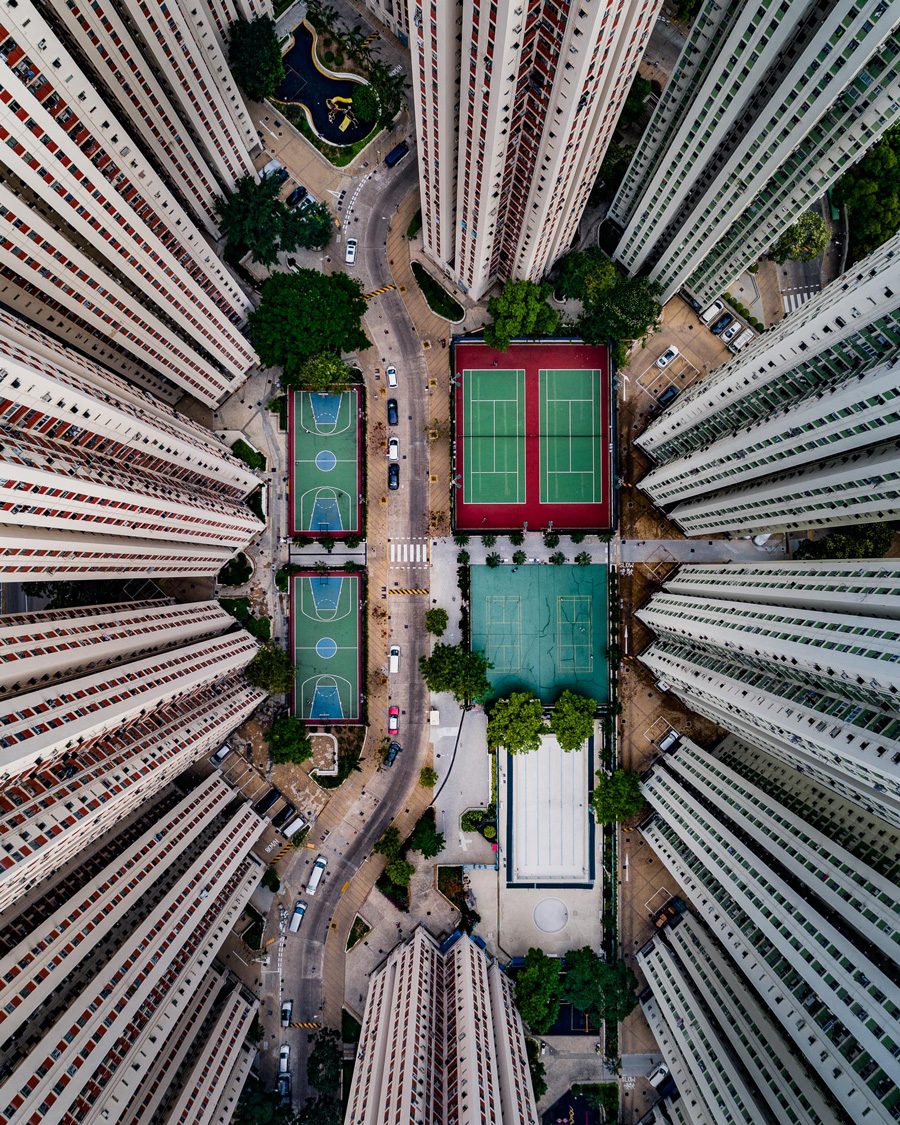 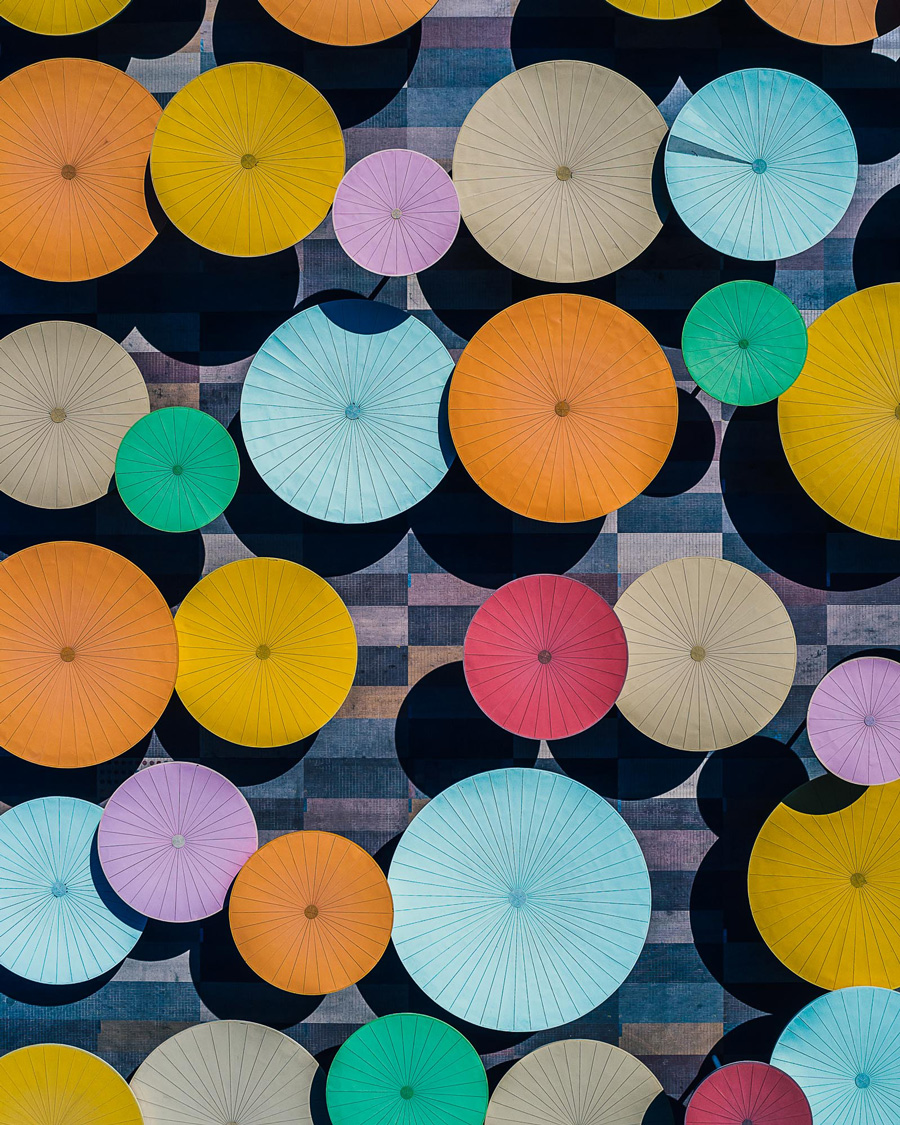 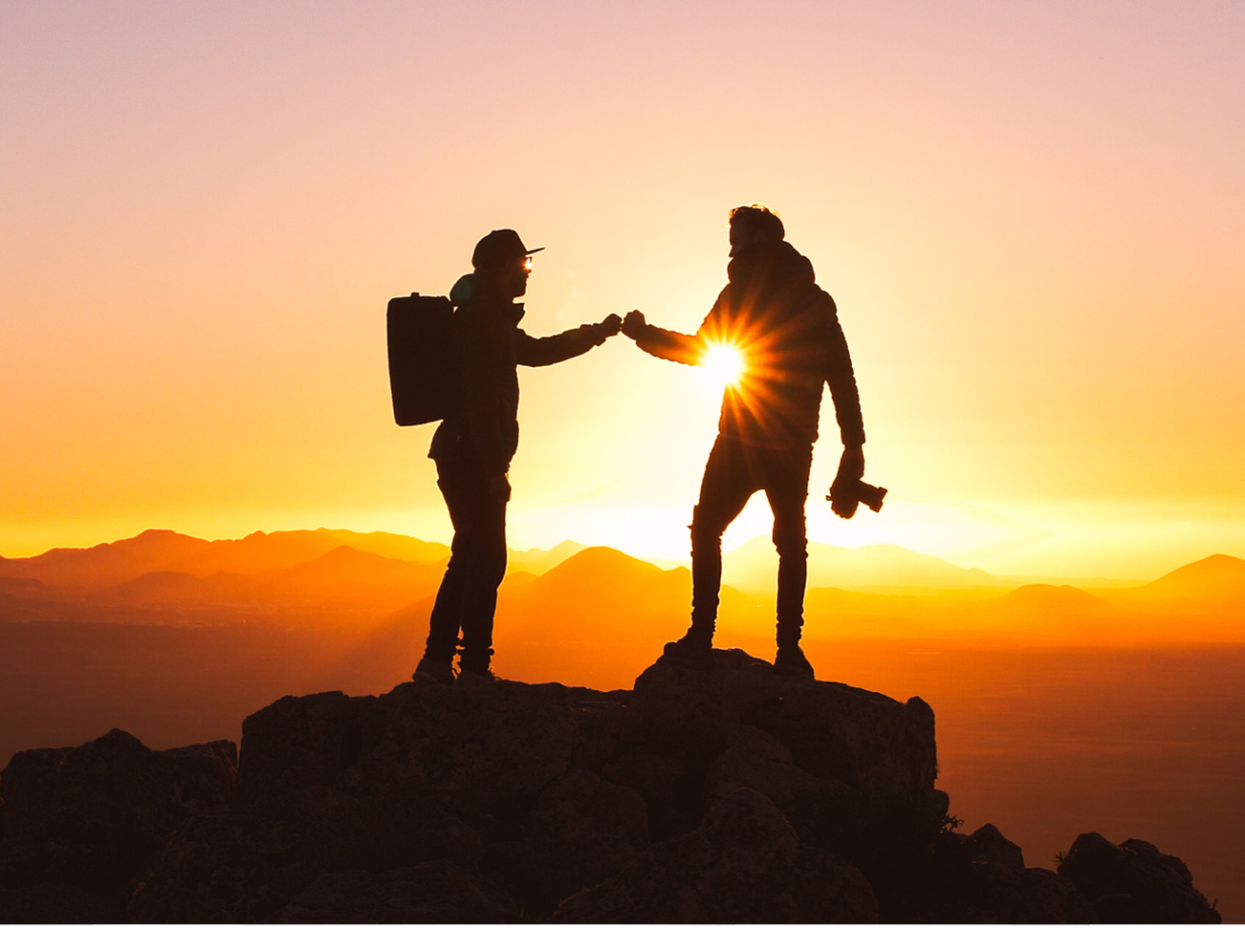 In our most recent instalment of Who We're Following, we caught up with Dimitris Kolonas.