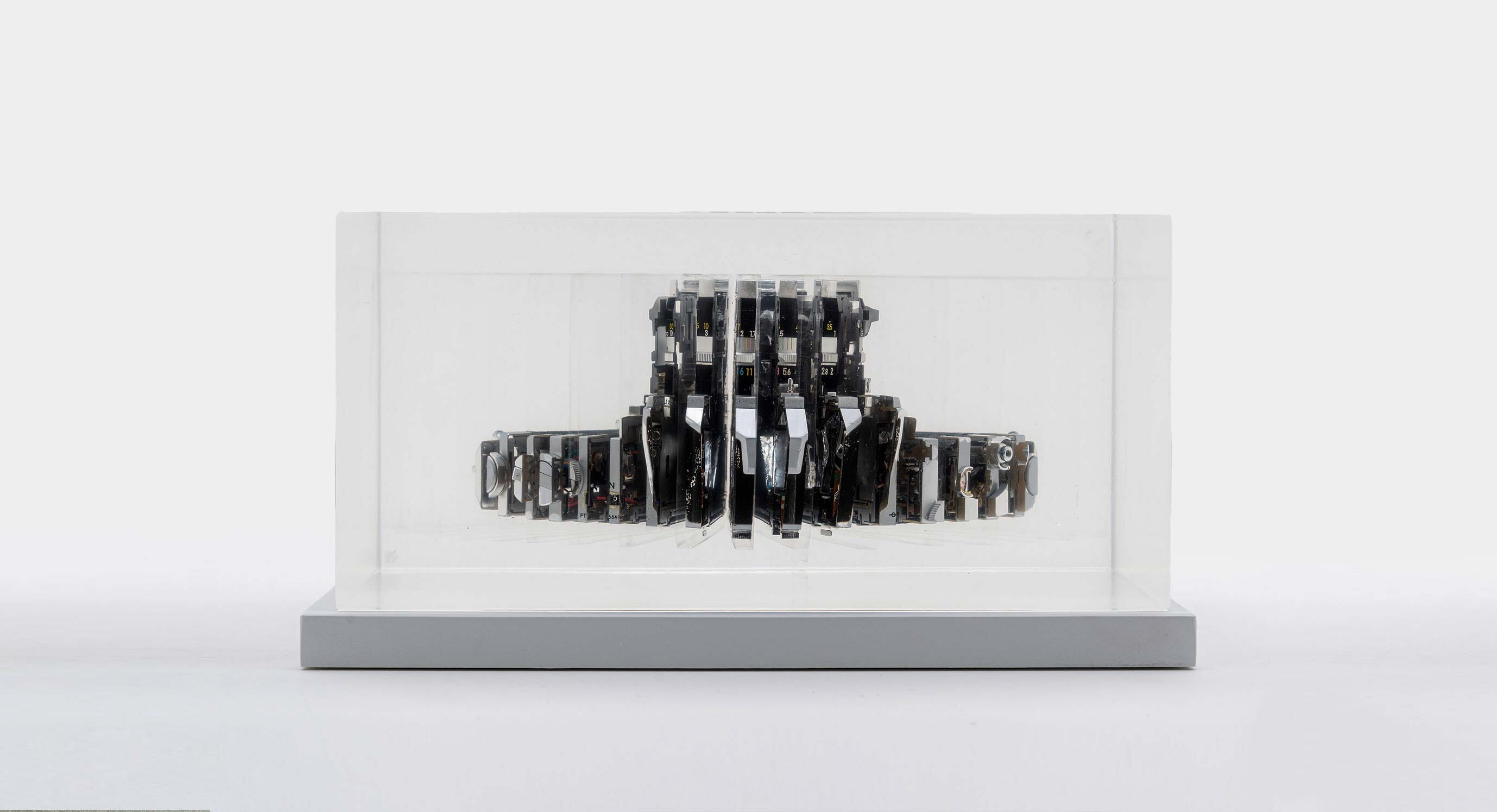 Sliced using the brute force of an old band saw before being meticulously polished, reassembled and embedded in resin, the cameras used for Fabian Oefner’s CutUp are given a new life. In a bid to change the way that we view art, Oefner transforms the tools into the art itself through a process of destruction and reassembly. 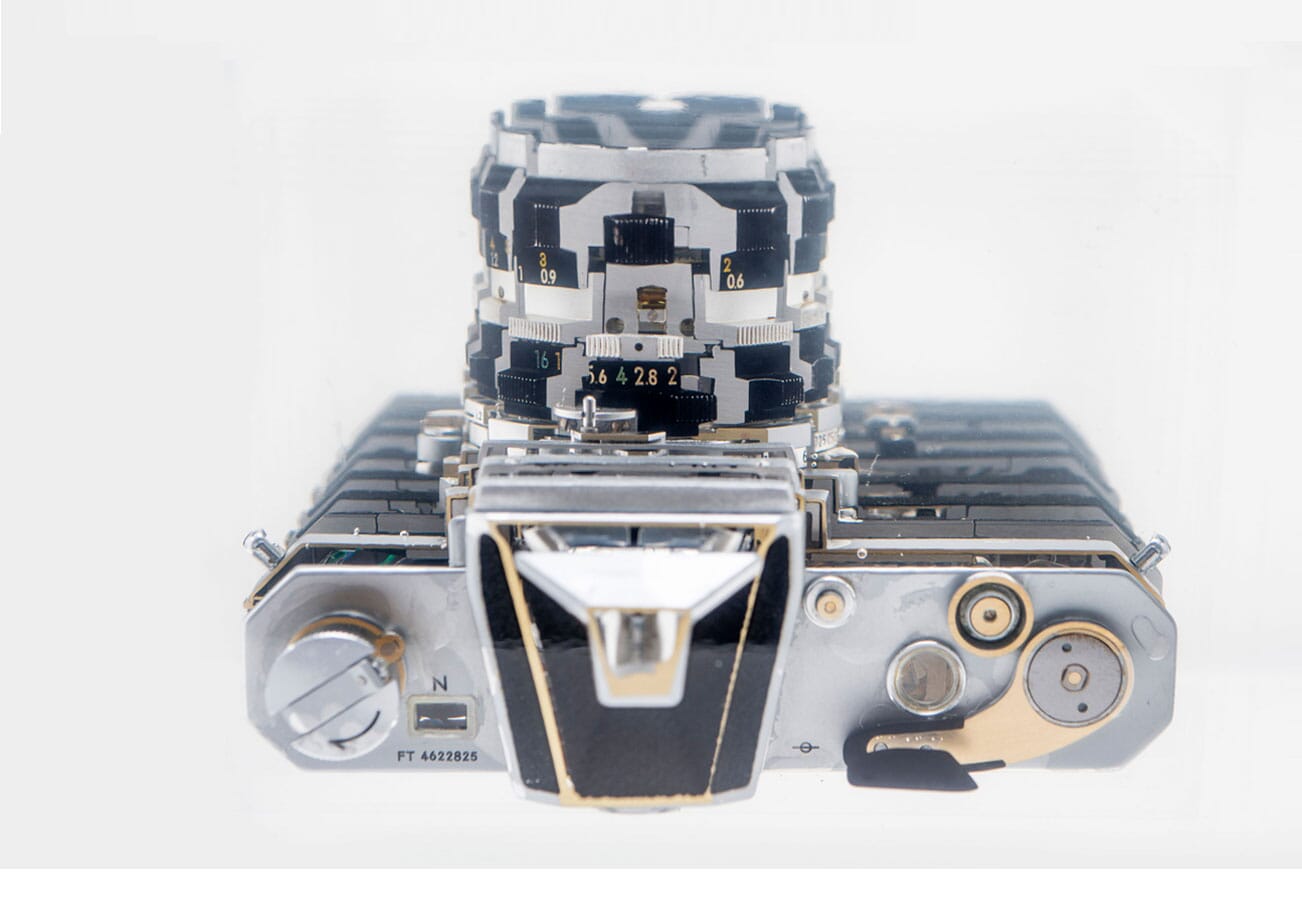 The process used for CutUp is, much like the final product, characterised by contrast. The destruction is done using an old band saw which lacks precision and sophistication. After the cameras have been successfully divided into sections, Oefner hand polishes each slice and reassembles it. On the other side of the sophistication spectrum is the technique used to hold each slice in place: a vacuum and pressure chambers are used to cure the resin around the embedded object at a precise atmospheric pressure and temperature. 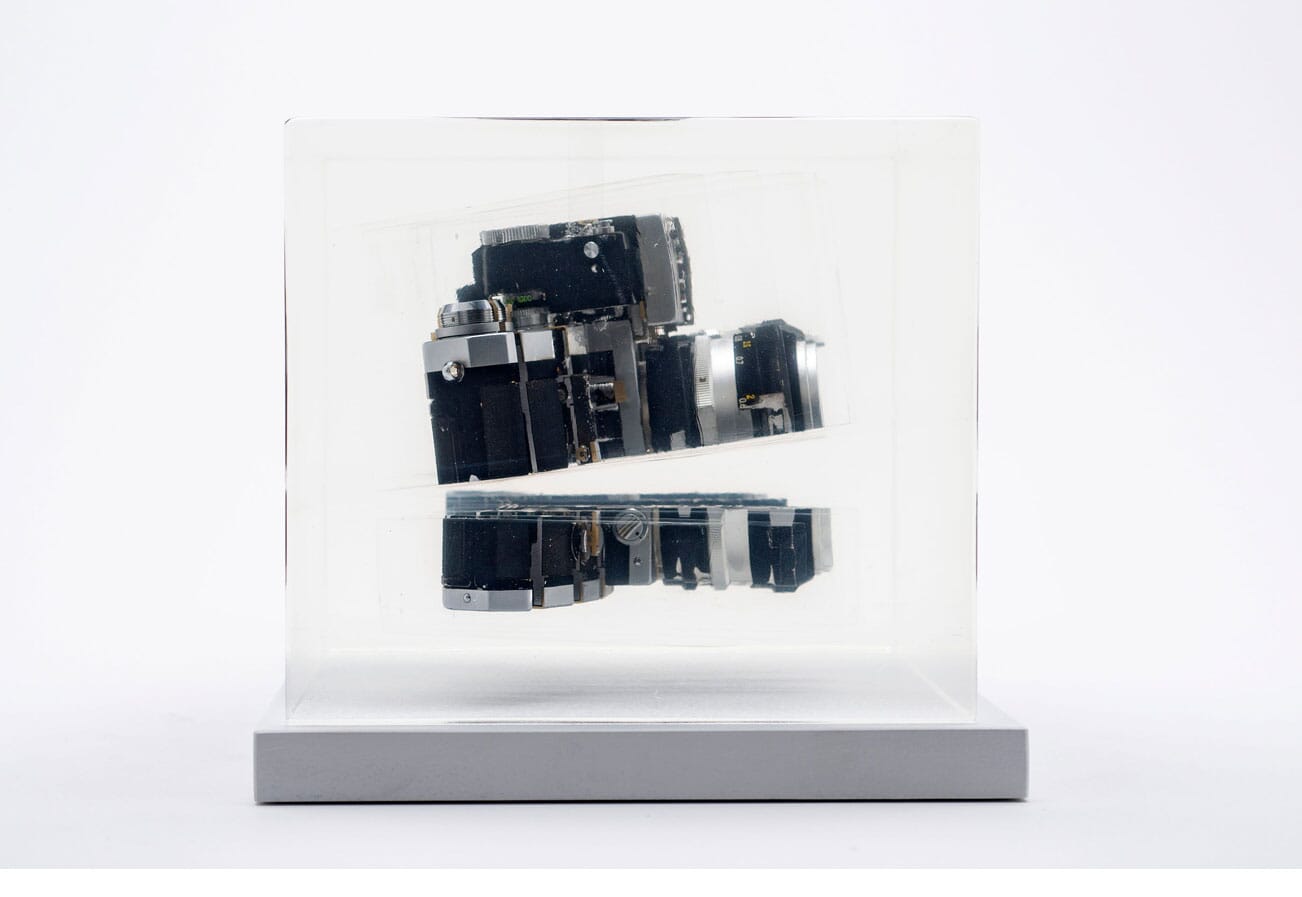 Rather than seeing destruction as something negative, Oefner sees it as the starting point of something larger. After something is destroyed, the process of rebuilding can begin with endless new possibilities. Not only do these new possibilities come in the physical form of the object but also in the meaning and function of the original piece. Having been destroyed, the camera – artistic tool – becomes the art as well as a fascinating model that can be used to study the inner workings of the gadgets which seem so familiar to us. 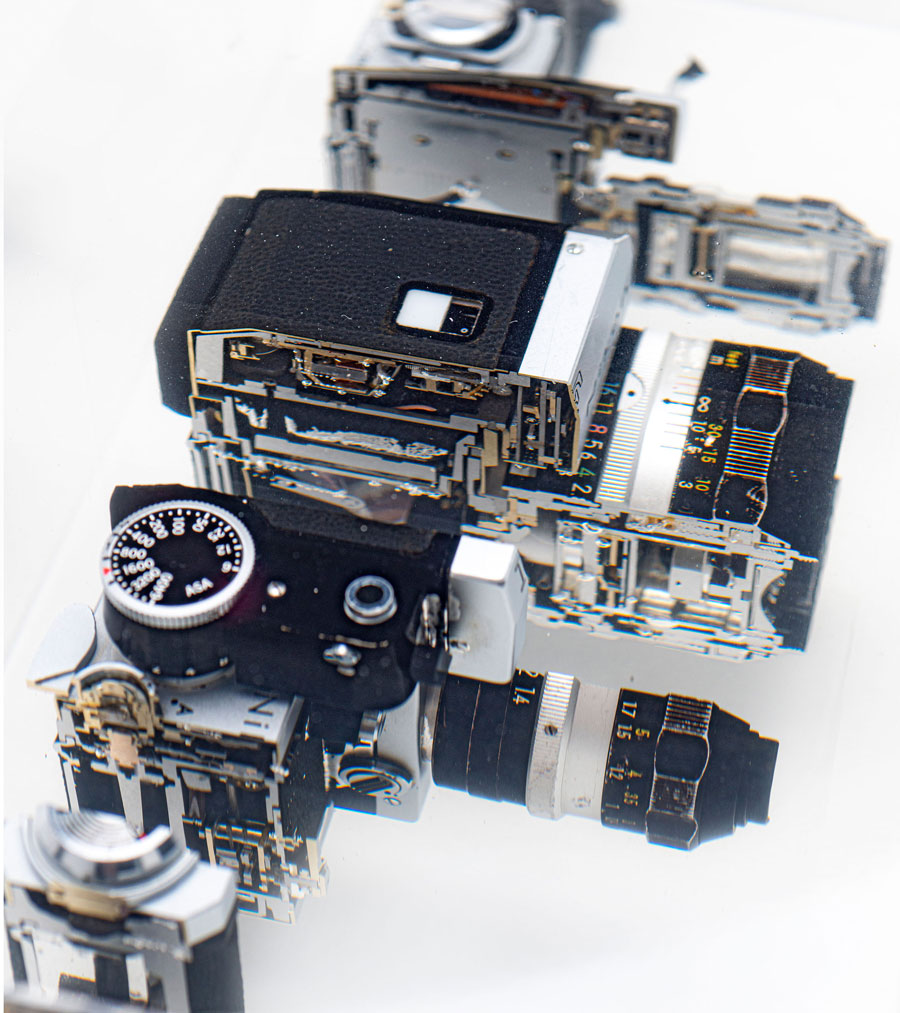 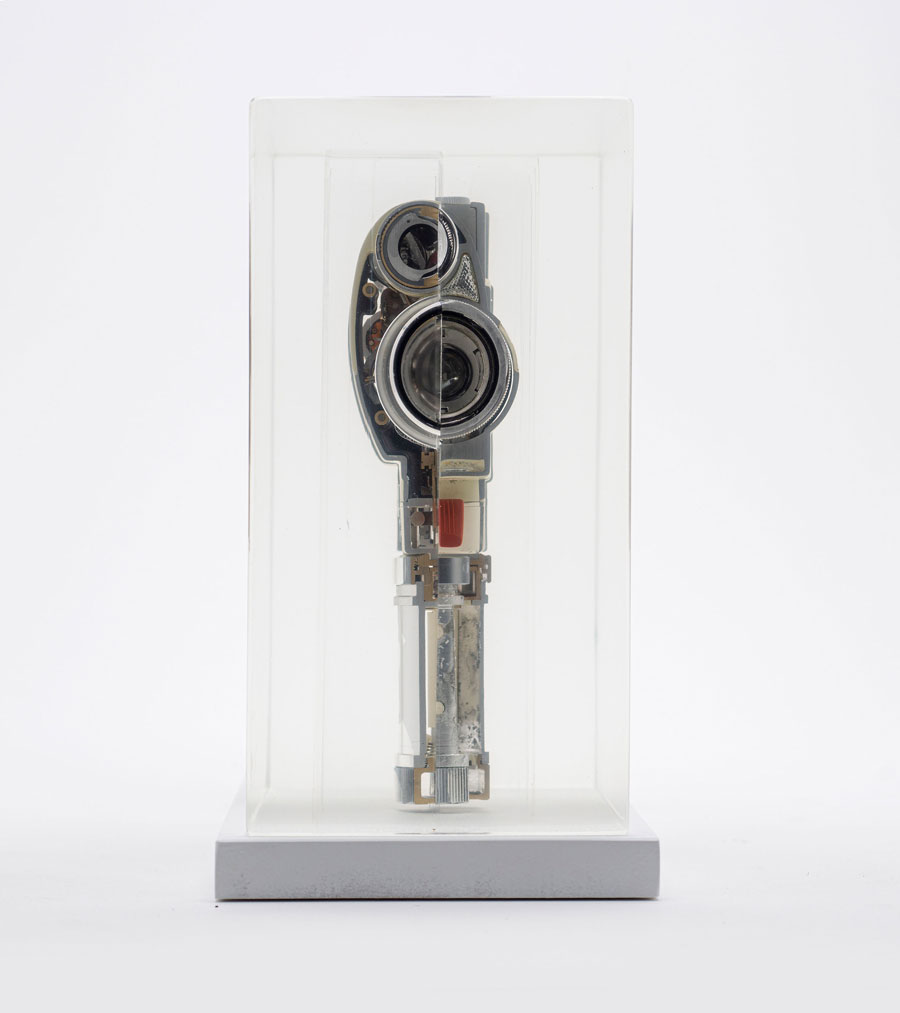 Contrasts between destruction and rebuilding, tool and art, precision and brute force are all quietly studied in Fabian Oefner’s CutUp. While the project is, taken at surface value, a fascinating look inside objects that we think we know so well, it also asks the viewer to consider the way they see broken items. 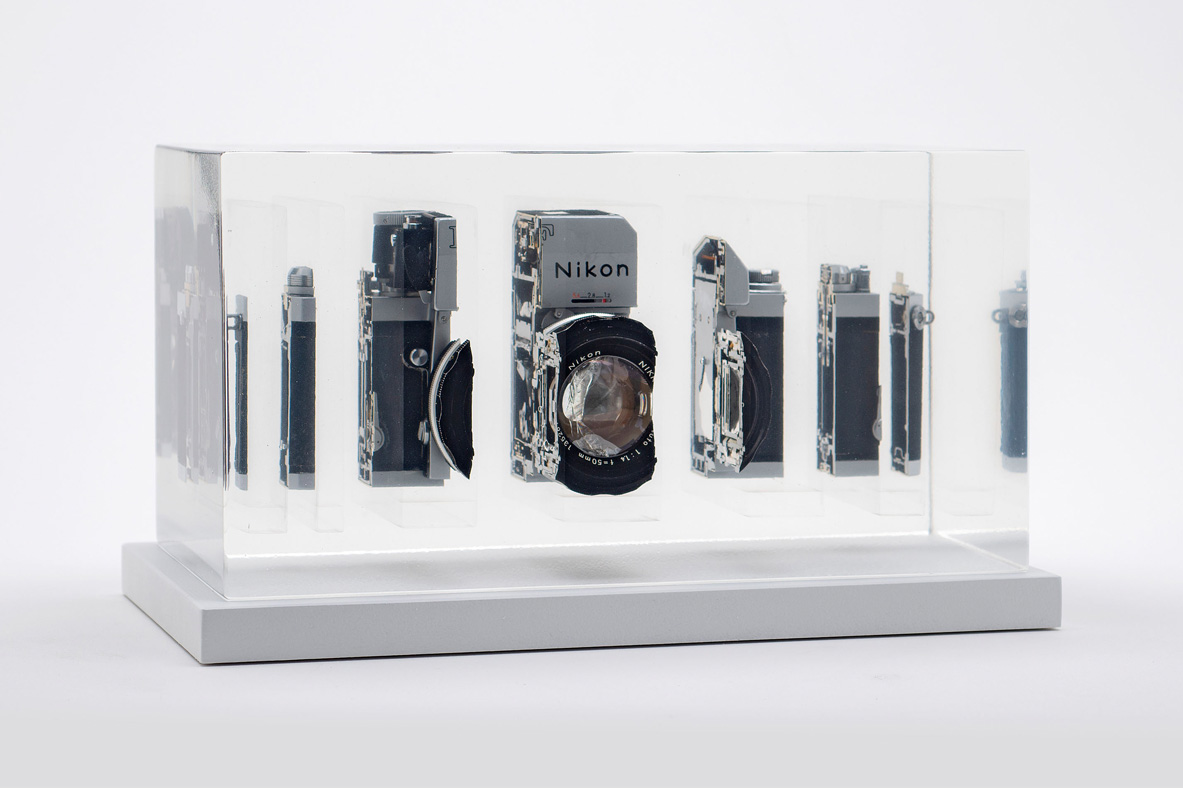 Want a camera to keep as one whole? Shop Polaroid Originals at OPUMO.