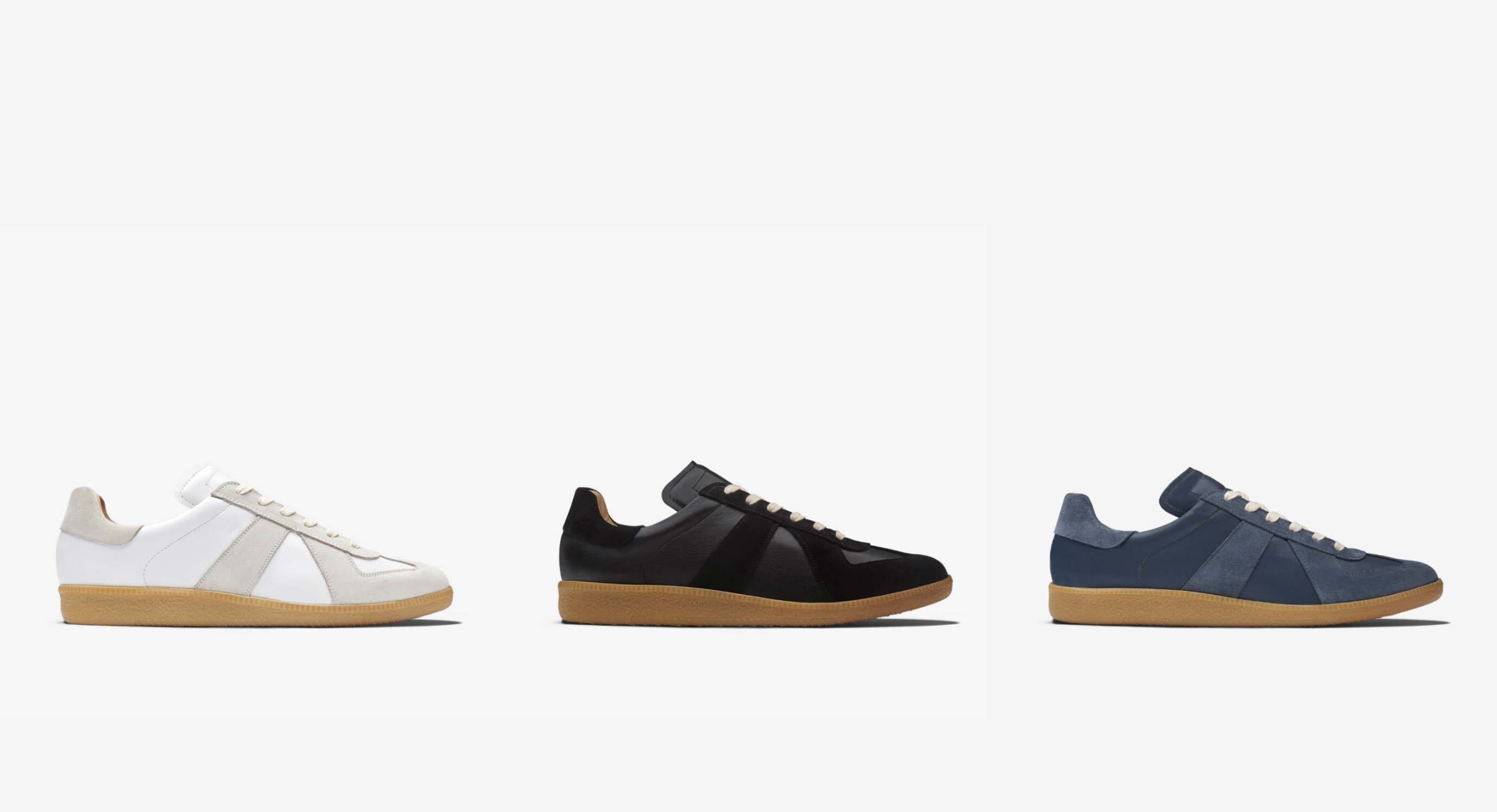 For a long time it didn't matter how classic the shoe or how exclusive the drop, there was only a select few brands who controlled the sneaker market. But not now. Today, there are a number of under-the-radar footwear brands out there who are rewriting the sneaker landscape one capsule collection at a time.

For the last two years Oliver Cabell has been leading the pack – you can find out how in our full interview with founder Scott Gabrielson. But, it's likely that you’re already pretty clued up on the American sneaker brand and are one of the loyal followers of Oliver Cabell's hotly anticipated 'drop of the week' release model.

Well, this week is an extra-special one. Not only does it mark the arrival of Oliver Cabell’s new GAT sneaker but it’s also marks a drop that is exclusive to OPUMO. Which means for the next three weeks you have exclusive access to the GAT White Sneaker at OPUMO. To really mark the occasion, we sat down with Scott to strip the new sneaker back and unearth all the secrets and stories that have gone into one of the best new sneaker releases that you’re likely to see this winter. 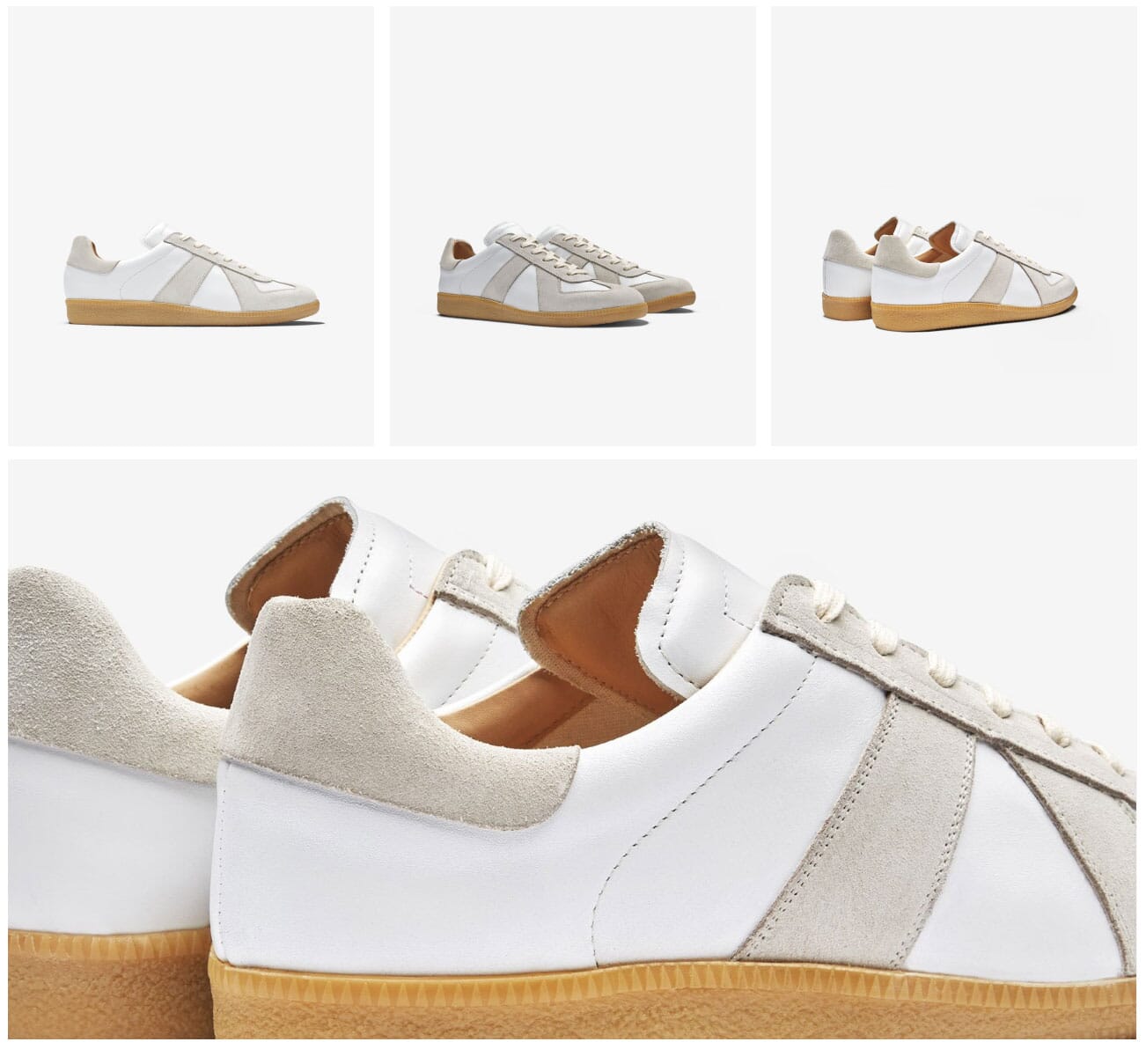 So, why did you make the GAT the latest sneaker in the Oliver Cabell catalogue?

We believe there is a small catalogue of timeless silhouettes, many of which we currently offer. One of these timeless styles is the German Army Trainer. The history of the style is a bit unclear – in the 1970s, the German army commissioned brothers Adi and Rudolf Dassler, who respectively founded adidas and PUMA, to create a shoe for the military, although it remains unclear which label actually made the shoes. This shoe has been replicated by a few brands, most famously Maison Margiela and adidas, but with very different spectrums on quality and price.

We wanted to recreate the style using the best materials in the world, but at a price that people could afford. Given our direct-to-consumer approach we were able to create it at a fraction of our competitors.

What makes the GAT so different to the other Oliver Cabell sneakers out there?

With a rubber gum sole for traction and an all leather body for comfort, the standard issue shoe was made in Germany and offered basic elements to German soldiers during indoor training exercises. Since they were made for the government, there was zero branding. Where there would traditionally be branding, we left an empty stitched rectangle on the tongue as a nod to the controversial history of the silhouette.

So, how did you approach the design, what was the vision? How long has the idea of the GAT sneaker been in motion?

We wanted to hold true the history of the sneaker, which has a unique rubber outsole and suede accents. However, we put our own twist into the exact design and materials used, with a suede heal accept that speaks to the aesthetic of Oliver Cabell. We have been designing and refining this sneaker for over a year – so needless to say we’re really excited about its release. 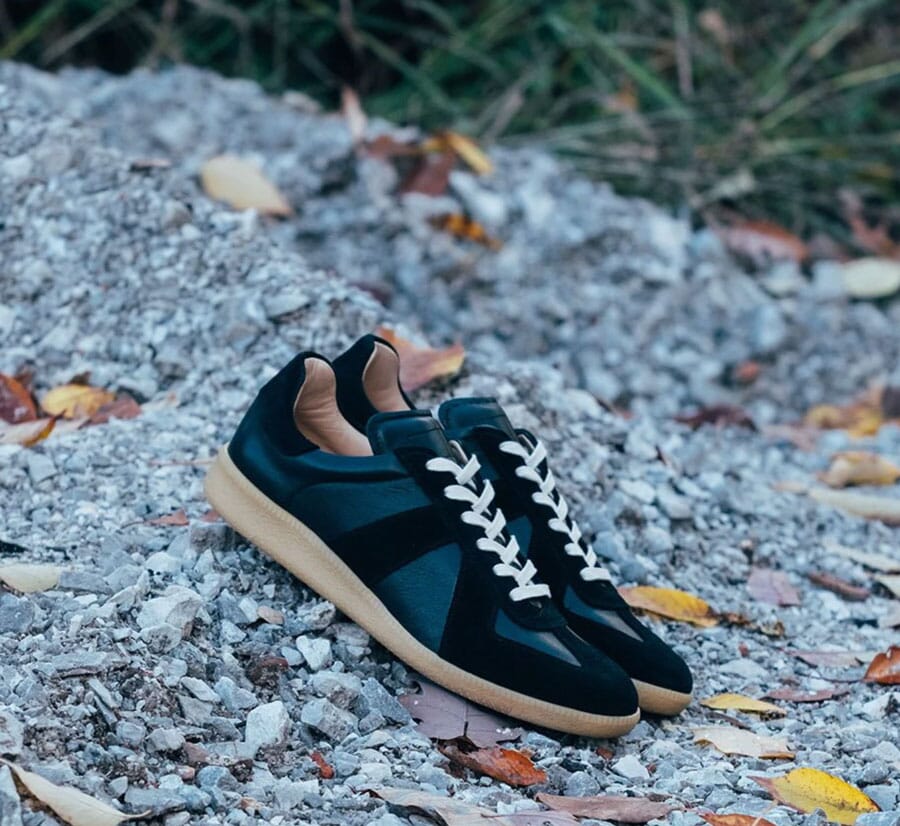 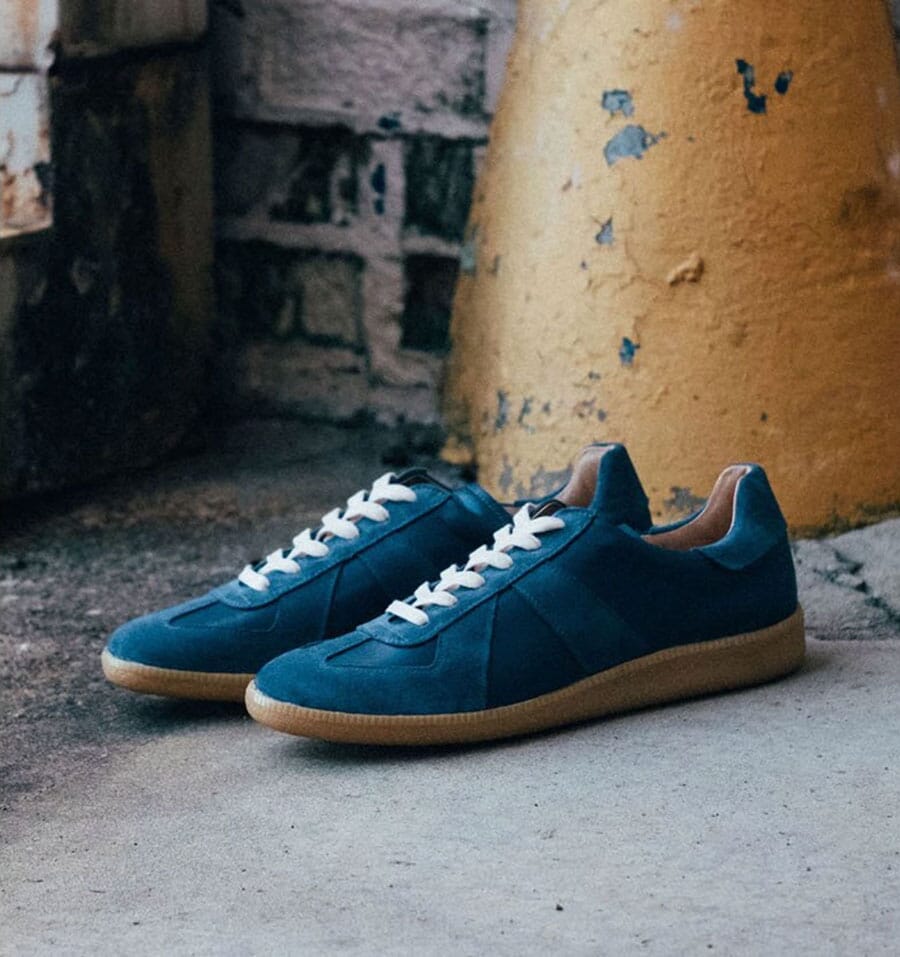 What makes the GAT sneaker so Oliver Cabell?

All of our footwear blends casual appeal and a refined look, which is a delicate balance. We want all of our shoes to be very versatile and can be work with practically anything. We think our version of the German Army Trainer hits this on the mark.

Let’s talk about the gum sole, it’s widely believed that a gum sole can transform any sneaker, and that is true for the most part. But what is it like as a style and substance to work with?

Gum outsoles actually have a different construction than traditional rubber outsoles, with a slightly translucent look and softer feel due to its lower density. This makes it very comfortable. Additionally, the gum colourway is a neutral tone so pairs well with really anything.

What about the colours: was the monochrome colour palette – the one-two black and white drop – the easiest way to debut the GAT sneaker?

White and black tends to be the most demanded as they’re typically the most versatile. Additionally, they draw the attention to the actual style of the shoe vs. the colours being used, so tend to be best when launching a new style. 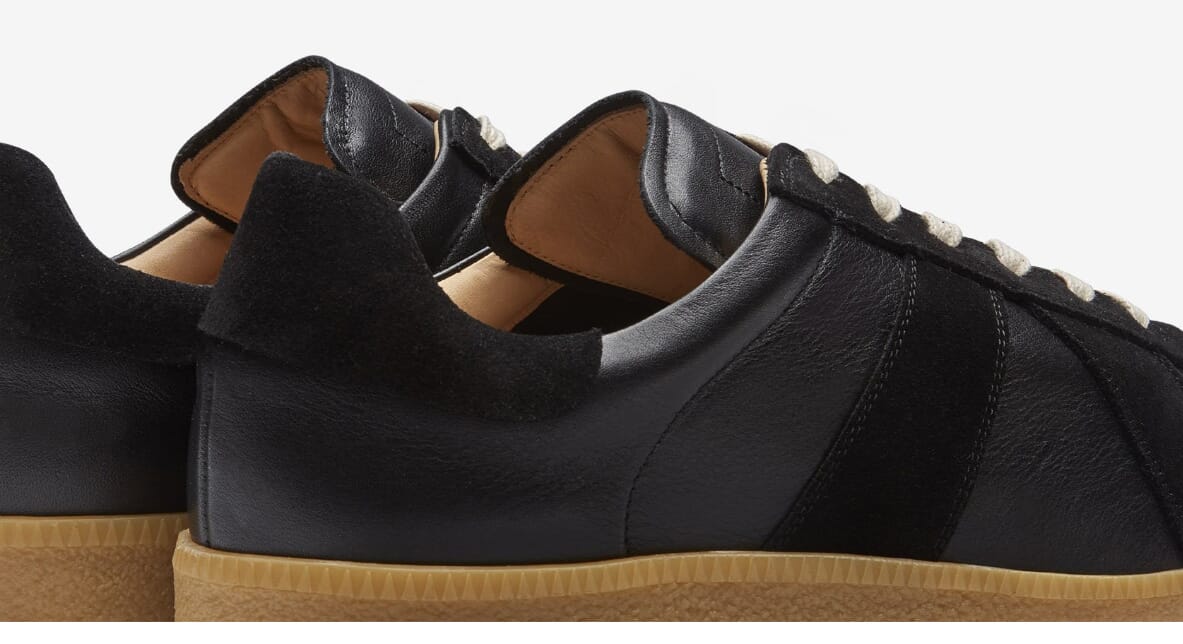 Before you deliberate your next pair of Oliver Cabell sneakers, be sure to check out the Oliver Cabell Sizing Guide to ensure you cop the most comfortable pair for you.